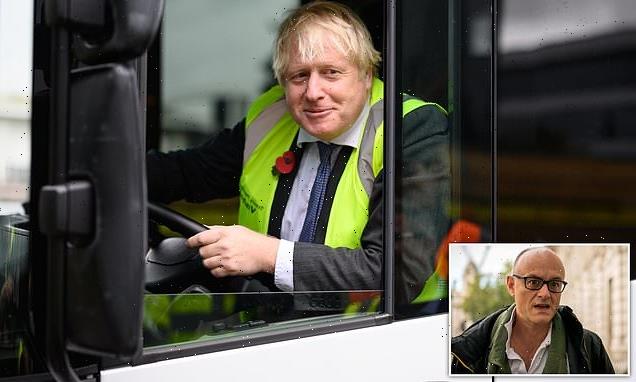 Dominic Cummings accused Boris Johnson of second-jobs hypocrisy today, claiming the Prime Minister wanted to spend ‘a lot of time’ writing a book after entering No10 to pay for his ‘expensive divorce’.

Mr Johnson has attempted to read the riot act to Tory MPs taking paid roles outside parliament amid a sleaze row over consultancies in the wake of Owen Paterson’s resignation as MP for North Shropshire.

He has also censured former attorney general Sir Geoffrey Cox over a lucrative career as a high-flying barrister that has seen him had to the Caribbean and vote remotely.

But Mr Cummings claimed that the PM asked him before the pandemic whether he could get away with devoting a large chunk of his attention to a biography of Shakespeare.

Writing in his Substack newsletter the PM’s now estranged former top aide said Mr Johnson wanted to use the money from the book to pay for his ‘very expensive’ divorce from second wife Marina Wheeler, the mother of four of his children.

He accused the PM of likening the UK’s top political job to ‘getting up every morning pulling a 747 down the runway’, but told him: ‘People expect you to be doing the PM’s job.’ 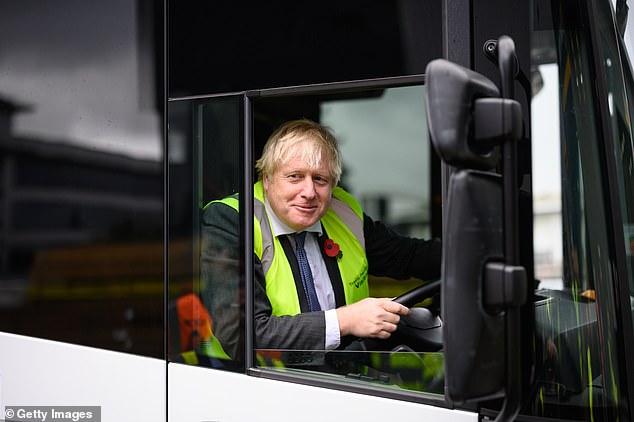 Mr Johnson has attempted to read the riot act to Tory MPs taking paid roles outside parliament amid a sleaze row over consultancies in the wake of Owen Paterson’s resignation as MP for North Shropshire. 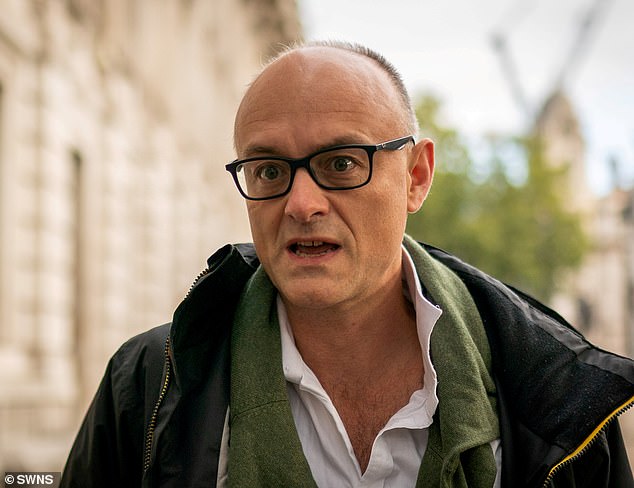 But Mr Cummings claimed that the PM asked him before the pandemic whether he could get away with devoting a large chunk of his attention to a biography of Shakespeare.

‘You get the idea. Within a month of the election he was bored with the PM job and wanted to get back to what he loves while shaking down the publishers for some extra cash,’ Mr Cummings wrote.

‘In February as Covid spread he was in Chevening writing about Shakespeare and messaging No10 that Covid was ”the new swine flu” — though as I told MPs, we actually did not want him to stop his holiday as we thought he would return and tell everyone it was a hoax. Which of course is what he did when he returned at the end of February.

Boris Johnson summoned his Cabinet to Downing Street to find a way out of the sleaze mire engulfing the Conservative Party – as one of his most senior ministers played down the severity of the crisis.

The Prime Minister held a five-hour summit over wine and canapes at No10 last night to thrash out a plan of action after days of negative headlines about MPs lining their own pockets while serving in Parliament.

It’s understood the meeting focused on his levelling up agenda, with ministers arriving carrying maps.

But the same evening Culture Secretary Nadine Dorries told a Tory junior minister he was over-reacting when he voiced concerns of a voter backlash.

In a WhatsApp message obtained by the Times she told George Freeman: ‘The expenses scandal, which began the day of the European elections in 2009 and ended on the day of the ballot, was a billion times worse than last week.

‘The duck house was a Conservative. Every single MP was in the media. Half a dozen MPs were banged into prison. Many had to pay huge sums of money back in expenses claimed. We dominated … the front page of every single newspaper and news bulletin for five whole weeks.

‘One year later, almost to the day, we monstered Labour in the local elections and David Cameron became PM breaking 13 years of Labour domination.

‘Last week wasn’t great, but it was a long way from the worst.’