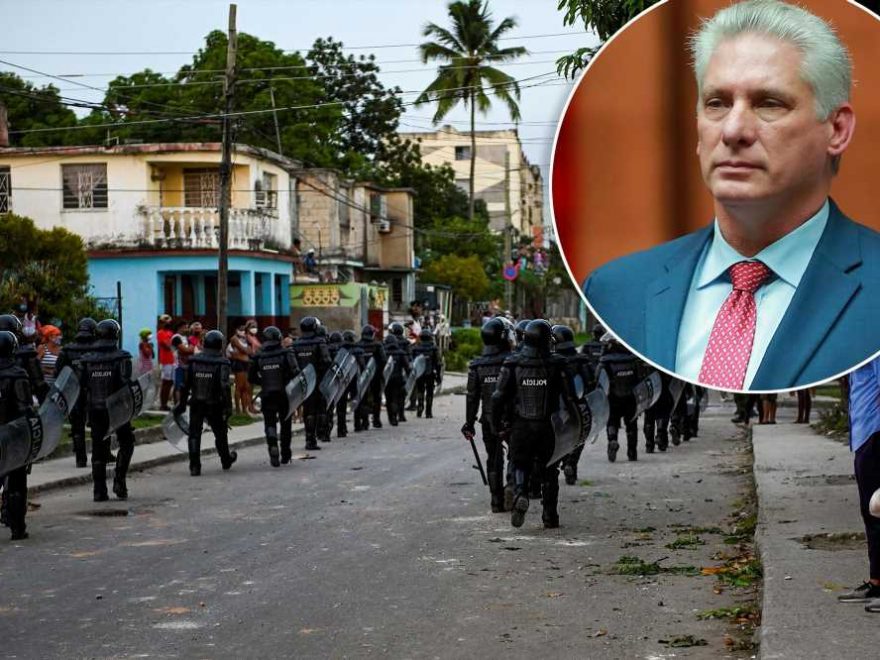 An erector and elector set of lies: Devine

Cuban YouTuber says she’s being taken into custody during interview

Cuban President Miguel Diaz-Canel conceded that the Communist government bears some responsibility for widespread protests that rocked the island, saying the country has “to make a critical analysis of our own problems.”

Diaz-Canel’s comments come as the Cuban government also made some concessions to allow more food and medicines to enter the country, NBC News reported Thursday.

“We also have to make a critical analysis of our own problems so we can act, so we can overcome and prevent from repeating themselves, so we can transform situations,” the president said in a speech Wednesday.

Cuban Prime Minister Manuel Marrero also announced that as of Monday, Cuba will lift restrictions on the number of goods, primarily food and medical supplies, that can be brought into the country by foreign travelers, NBC said.

That move will remain in place until the end of the year, Marrero said.

Thousands took to the streets Sunday amid food and COVID-19 vaccine shortages in the largest demonstration against the Communist regime in decades.

The Cuban government, which continues to blame the US for inciting the protesters, cracked down on Monday, arresting dozens and revealing that at least one man was killed during clashes with security forces.

Among those taken into custody were Spanish journalist Camila Acosta and Cuban YouTube influencer Dina Fernandez, who was arrested in the middle of an online interview with Spanish station Canal 4.

Fernandez, known to fans as Dina Star, went back online late Wednesday to report that she had been arrested for prompting protests but was released unharmed.

“They arrested me for instigation to commit a crime, for promoting the protests,” she said. “But they didn’t mistreat me. They didn’t torture me as they’re saying out there.”