A young man who stole a baseball cap from a seriously injured man and his dying brother will be released from custody, despite a judge’s concerns over his lack of remorse and the risk of him reoffending.

Nathanial and Maaka Hakiwai, aged 18 and 17 at the time, were waiting at a bus stop in Melbourne’s north-west suburbs, when they were attacked by three males on September 28, 2019. 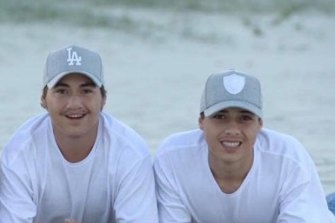 The attackers, two men and a teenage boy, spotted the pair from a car and discussed “drilling” (robbing) the older brother of his Philadelphia 76ers cap.

Chol Kur and his friend, who was then 17 and can only be referred to as AM, approached the Hakiwai brothers and, after some small talk, instigated a fight. The third attacker, Joshua Horton, then emerged from the car and stabbed both brothers with a large knife.

Maaka Hakiwai was stabbed in the chest and later died in hospital. Nathanial was stabbed twice in the leg and would have died from blood loss if not for prompt medical intervention.

As the brothers lay bleeding that afternoon in Kings Park, Kur snatched the baseball cap and he and his friends drove away. 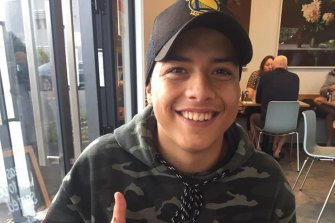 Maaka Hakiwai died from stab wounds to his chest when attacked on September 28, 2019.

Horton, 20, was last month jailed for 13½ years after he was found guilty of manslaughter and intentionally causing serious injury at trial. He was acquitted of murder and must serve 9½ years before he is eligible for parole.

On Tuesday, Kur was sentenced to serve 323 days in custody after pleading guilty to robbery, but having served that time on remand, was set to be released from youth detention without parole or supervision.

Supreme Court Justice Andrew Tinney said Kur had shown no remorse, his prospects for rehabilitation were poor and found he viewed the law and authority with contempt.

That attitude was “unfortunate and very concerning”, Justice Tinney said.

But the 21-year-old had been significantly punished by his time on remand, which was in addition to six months he served in custody in NSW – he fled north in the days after the stabbing – for unrelated charges that were ultimately withdrawn.

Justice Tinney said Kur and AM bore no responsibility for Horton stabbing the brothers, but acknowledged the killer would not have acted had his friends not instigated the violence.

“This was a senseless crime motivated, I believe, by nothing more than your selfish and concerning desire to exercise dominion over two young people you considered to be weaker than you,” Justice Tinney told Kur.

His act of stealing the cap as the brothers lay critically injured was “cowardly and callous conduct”.

“You were no more than a bully doing whatever you felt like doing, with no regard for the feelings and welfare of others,” the judge said.

Kur came to Australia as a refugee from South Sudan but could now be deported to his homeland. He has past convictions for affray, assaults and robbery.

He was found unsuitable for a community correction order because of his lack of remorse and insight and history of breaching court orders.

AM, now 19, was last month put on a nine-month youth supervision order after serving some time in custody. He also pleaded guilty to robbery.