Coronavirus pandemic must not be used as excuse to delay social care reform, Jeremy Hunt warns

Covid must not be used as an excuse to delay social care reform, a major report warns today.

More than a year after Boris Johnson promised to fix the broken system ‘once and for all’, the Health and Social Care Committee says action can no longer be put off.

Its damning analysis concludes the system perpetuates ‘profound unfairness’ – whereby many are forced to sell their homes to pay for support just because they are diagnosed with dementia, for example, rather than cancer.

Former health secretary Jeremy Hunt, who is chairman of the committee, last night called on the Prime Minister to seize the chance to ‘right an injustice’.

Praising the Daily Mail’s long-running campaign on social care for shining a spotlight on the issue, Mr Hunt warned the Treasury not to be put off by the cost of reform. 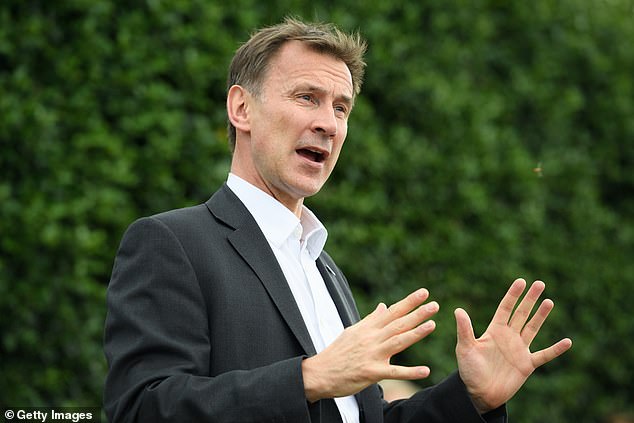 Jeremy Hunt, who is chairman of the Health and Social Care committee, has tonight called on the Prime Minister to seize the chance to ‘right an injustice’ and not let Covid get in the way

And he said acting now, after more than two decades of failure, would prove to Labour supporters that the Conservatives are the true party of health and social care.

Fixing the system would also be popular with the ‘Red Wall’ voters in the North, he said.

‘I think this is a perfect opportunity for the Government to show that it has got a big vision for the country that goes beyond Brexit and beyond picking up the pieces after the pandemic,’ Mr Hunt said. ‘I feel this is our moment.’

The committee’s report warns social care needs an addition £7billion a year as a ‘starting point’ to avoid collapse.

And it proposes a cap of £46,000 to the total costs each individual has to pay for care – which would cost around £3.1billion by 2023-24. Mr Hunt said the Chancellor must see past the cost alone.

The Mail has been campaigning for an urgent solution to the care scandal – particularly for those with dementia, who make up two thirds of those in care.

Experts and politicians from across the political spectrum have backed the campaign, calling for an end to a situation in which 21,000 people a year have to sell their homes to pay for care. 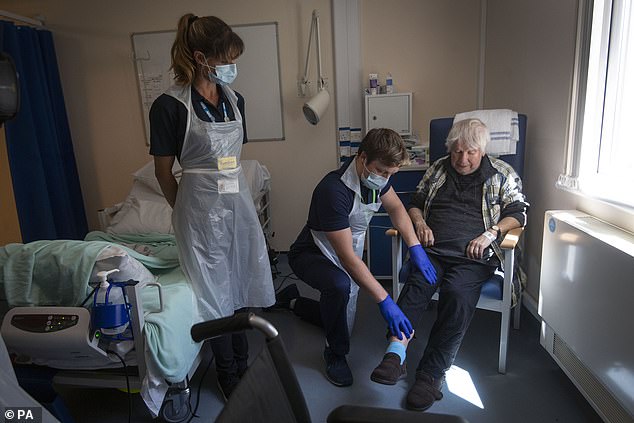 Mr Hunt praised the Mail which has been campaigning for an urgent solution to the care scandal – particularly for those with dementia, who make up two thirds of those in care

Mr Hunt is concerned that a decision last night to delay a long-term spending review, with a mere one-year fiscal plan to be announced next month, means real reform will be put off until next year.

He added: ‘Of course the pandemic has cleaned out our national coffers, but many would be deeply concerned if the result was to kick the issue into the long grass yet again.’

Mr Johnson pledged on his first day in power last July to fix social care ‘once and for all’.

The Treasury is thought to be behind the delay – with the huge cost of solutions, combined with Covid costs, said to be slowing a sign-off.

A Department of Health and Social Care spokesman said: ‘We remain absolutely committed to ensuring everybody is treated with dignity, and nobody has to sell their home to pay for care.

‘We know there is a need for a long-term solution for social care and are looking at a range of proposals as part of our commitment to bringing forward a plan that puts the sector on a sustainable footing for the future.’

‘We can tackle this crisis…if the Treasury has the courage’ 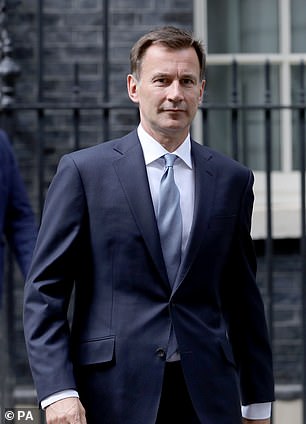 Chairman of the Health and Social Care Committee Jeremy Hunt

As the longest serving health secretary and the first ever health and social care secretary, I bear my share of responsibility for the state of our social care system.

For some time as health secretary I had realised that it would not be possible to address problems in the NHS unless we dealt with the challenges in social care.

Winter crises were being made worse because, quite simply, it was too hard to get a homecare package for discharge patients.

At the same time A & E departments were filling up because vulnerable people living on their own had only one choice if they got into difficulty: dial 999.

So I argued hard that we should not have a ten-year plan just for the NHS but one for the social care system as well.

That did not happen – not because of any lack of commitment from Theresa May – but because of events that overtook us and ultimately led to the fall of that government.

Now we have a chance to put that right.

Boris Johnson rightly said about social care reform, ‘We can do it, and we will do it.’

At our select committee, we heard from a doctor whose wife faced a bill of £52,000 per annum for his care home when he got dementia.

We heard from a 34-year-old woman with a neurological condition who because of her care package has to choose either to have a shower, or go shopping or meet a friend – but not all three.

We heard representatives of social care workers say how demotivating it was to be paid to care by the minute – should they use those minutes to wash someone or give them food? Certainly no time for a friendly cup of tea.

Britain is not just a civilised country, we are also a kind country. But this system is not kind to our most vulnerable citizens. We let them down –and often clean out a lifetime’s savings in the process.

Those problems were even more pronounced in the first wave of this year’s pandemic when care homes had to take in patients discharged from hospitals without knowing if they had Covid whilst also finding it impossible to get the PPE they needed.

In our report today, we are honest that the solution will be expensive – an additional £4billion a year by the end of the Parliament – just because of demographic change and National Living Wage increases.

Dealing with the catastrophic care costs often faced by those with dementia is another £3billion a year.

And then even more if we are to improve access to care and quality as we all would wish.

To which the obvious question is how, when the pandemic has emptied our national coffers, can we possibly afford to? 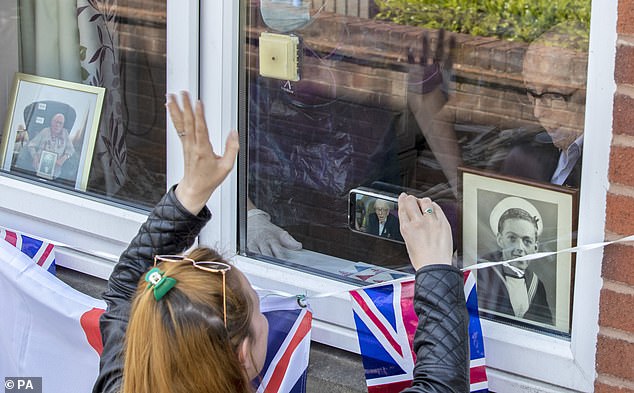 Some in the Treasury will be saying right now this is just too much money. But with determination and vision – which I believe Rishi Sunak has in spades – this can be solved.

In 1945 we were even more bankrupt, but the Attlee Labour government set up the NHS.

They did so with cross-party support following a White Paper published by the Conservative health minister Sir Henry Willink in 1944.

So now is the time for Conservatives again to show our commitment to the decency and humanity represented by the founding of the NHS.

If we are to treat the social care system not as a poor relation but an equal partner to the NHS, it needs a long-term funding settlement, a ten-year plan, a workforce plan, and security for ordinary people who have saved all their lives but end up having to cope with dementia or another neurological condition.

Let’s keep our promise to the British people that, whatever challenges we face, in this country every single older person will be treated with dignity and respect.