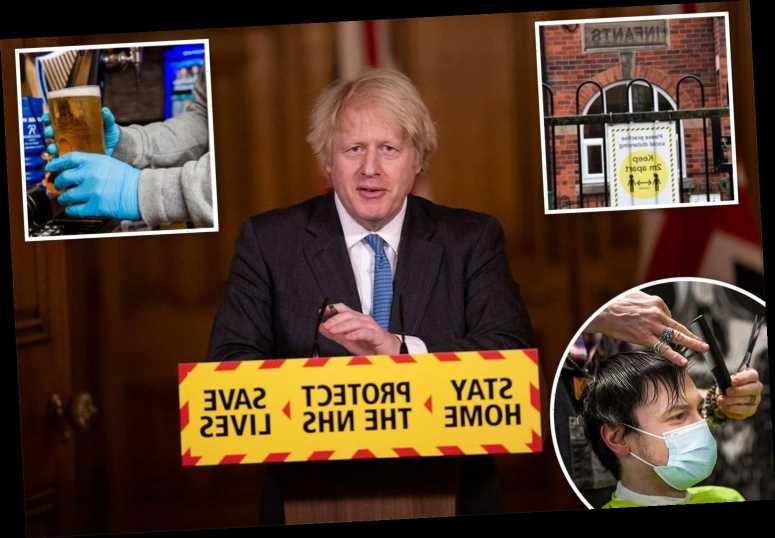 BORIS Johnson is set to reveal his lockdown roadmap next Monday as coronavirus infections and deaths continue to fall.

The PM has repeatedly stressed that restrictions will be eased cautiously – and urged Brits to show patience in the months ahead. 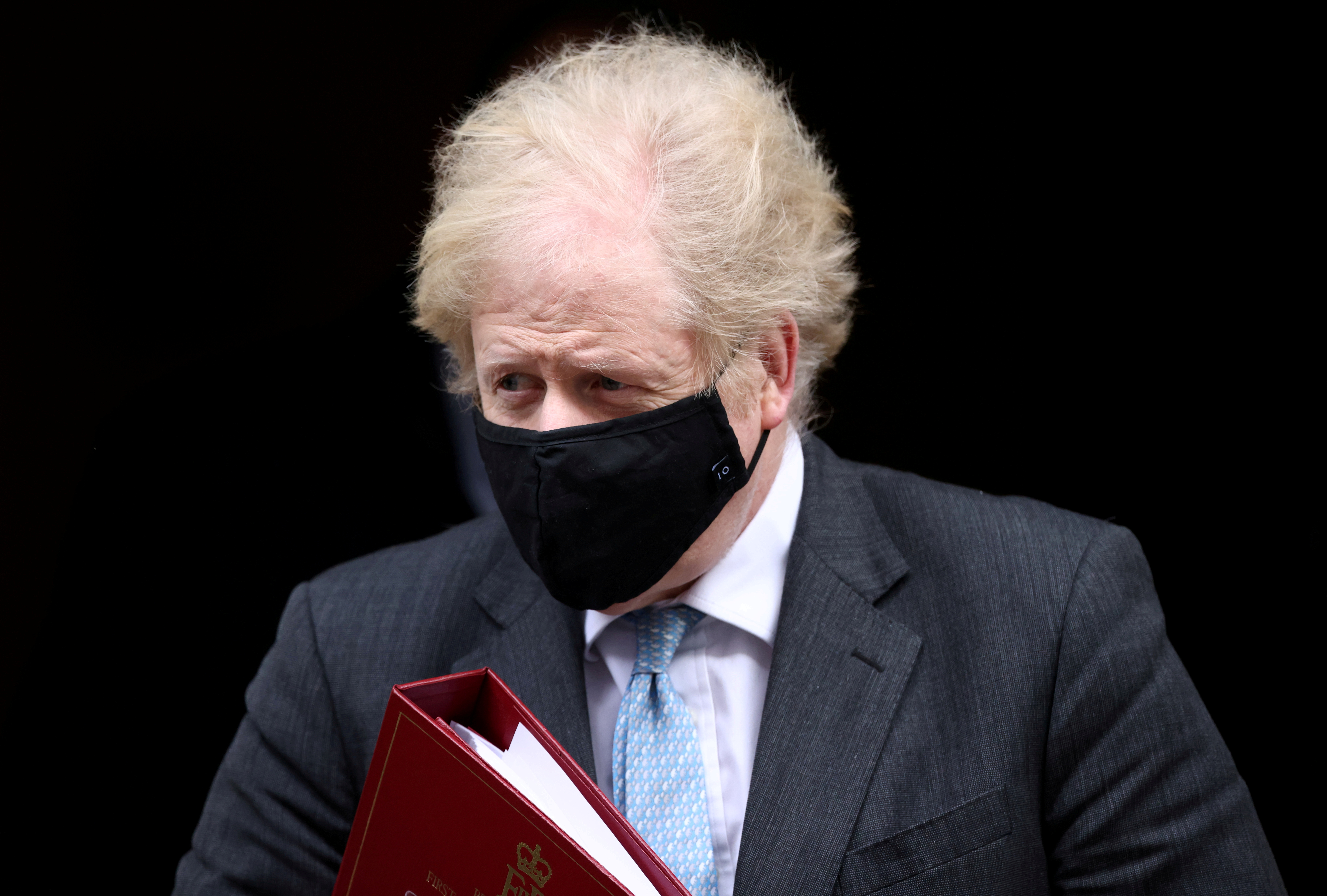 Earlier this week, Mr Johnson insisted he doesn't want to have to go back into lockdown again, and he hopes this one would be the last.

Speculation is rife as to what could be reopened in the first easing of lockdown – we take a look at what is likely to change.

What we know for certain

The PM will set out the plans for easing lockdown on Monday, 22 February.

It is likely to come in the form of a statement in the House of Commons, followed by a Downing Street press conference in the evening.

Boris Johnson’s restrictions-lifting roadmap will be accompanied by an ad blitz urging “one more heave” of lockdown, The Sun reveals today.

The Government is currently spending millions on a Covid public awareness campaign designed to shock people into staying at home.

A source said: “As we wait for the vaccine rollout to reach everyone, it’s essential that the rules are not ignored at the final stretch.

"The adverts will urge one more heave to get the country over the line.”

Mr Johnson vowed to be driven by data not dates in his “cautious and prudent” lifting of Covid restrictions, starting on March 8 with reopening schools.

He has repeatedly stressed that restrictions will be eased cautiously – and urged Brits to show patience in the months ahead.

Schools will be first

Schools are set to be the first things to reopen from March 8 onwards – pending any dramatic shift in infections or hospitalisations.

However, it's not yet clear whether it will be all pupils or they will stagger them.

It may be that some kids in key exam years will go back first, followed by others at a later date.

Professor Neil Ferguson backed the reopening of schools this week, adding he was “very surprised and encouraged by how quickly case numbers have been coming down in recent weeks”.

More outdoor mixing will be allowed

Rules on meeting people outside are also likely to be relaxed in time for the Spring – but we don't know exactly what or when.

While current rules allow Brits to meet one person outside, the rule of six is likely to be restored.

It's also expected that the rules will be relaxed so that Brits will be able to sit on a bench and relax with friends – rather than be ordered to keep on moving as part of the exercise rules.

Outdoor sports such as tennis, outdoor swimming and golf could also be reopened in the coming weeks – though close contact sports may have to wait a while longer. 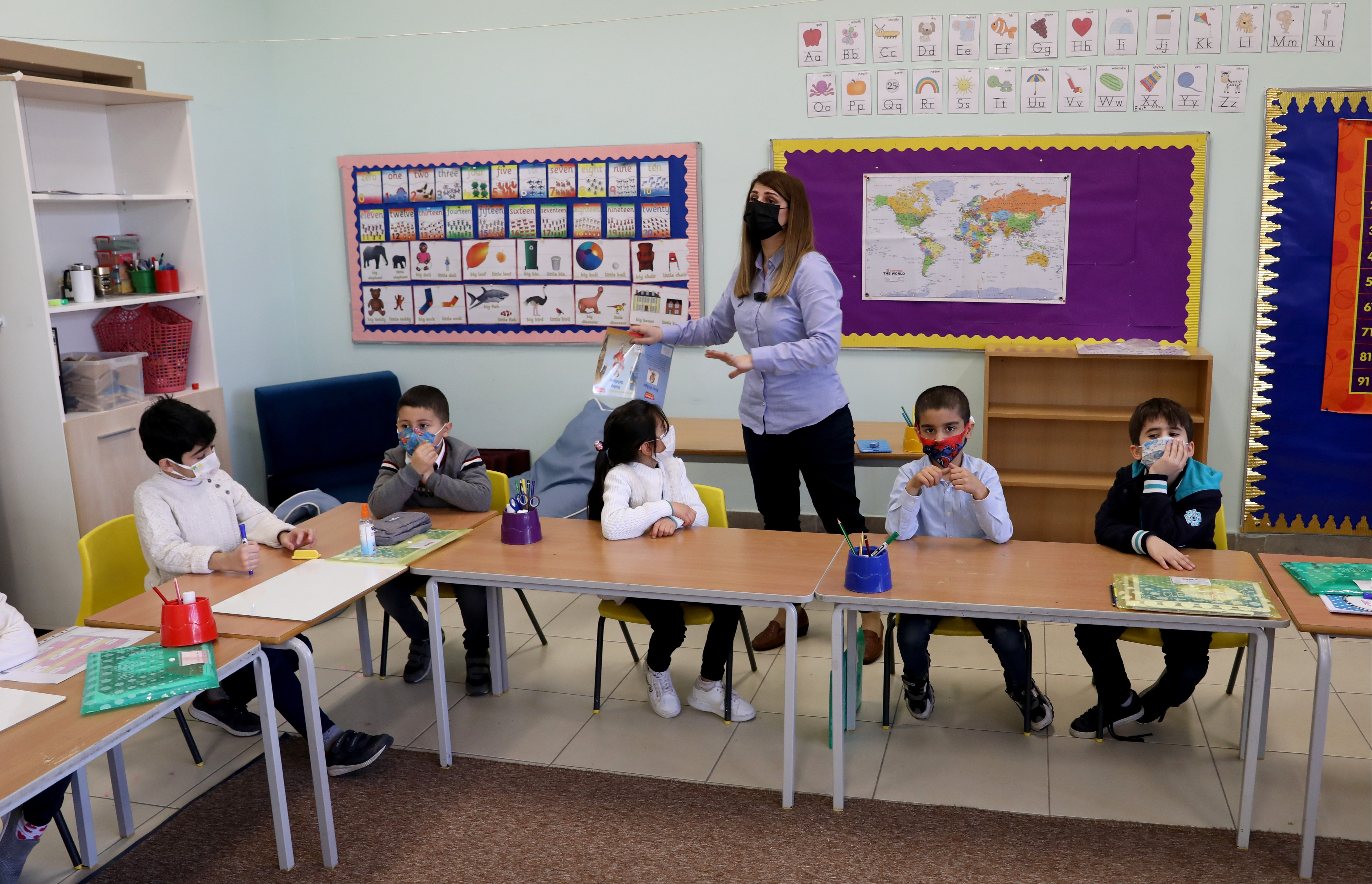 Shops could be next

Non essential-shops are likely to open after schools, but again we don't know what will be first or exactly when.

Ministers had previously penciled in for shops to open in April, but this may be moved up thanks to the speedy vaccine rollout.

If infections are at an "acceptable level", the PM could give the green light for non-essential shops to open again towards the end of next month.

The PM hasn't yet made any firm decisions, but has said he is looking again at the tier system.

Mr Johnson has previously hinted that he may lift restrictions across the whole country – in the same way as the first lockdown.

Instead, a tier system could still exist but it would apply nationally.

Lockdown to be lifted in stages

Brits shouldn't expect an overnight return to freedom, as lockdown is likely to be lifted cautiously and in stages.

The PM warned the lockdown lifting will "be based firmly on a cautious and prudent approach”.

And The Sun reported today how the PM could be handed a dossier of data as soon as tomorrow with crucial analysis of the impact of vaccines on transmission.

Last week’s encouraging data showed just one jab of the Pfizer vaccine provided two-thirds protection against the virus in boosting hopes of a swift return to normality.

And Government scientists at Public Health England hope the Astrazeneca/Oxford jab will have similarly positive results to present ahead of the weekend.

The impact that the vaccine has on both hospitalisations and transmissions is likely to have a significant influence on whether restrictions can be eased sooner rather than later. 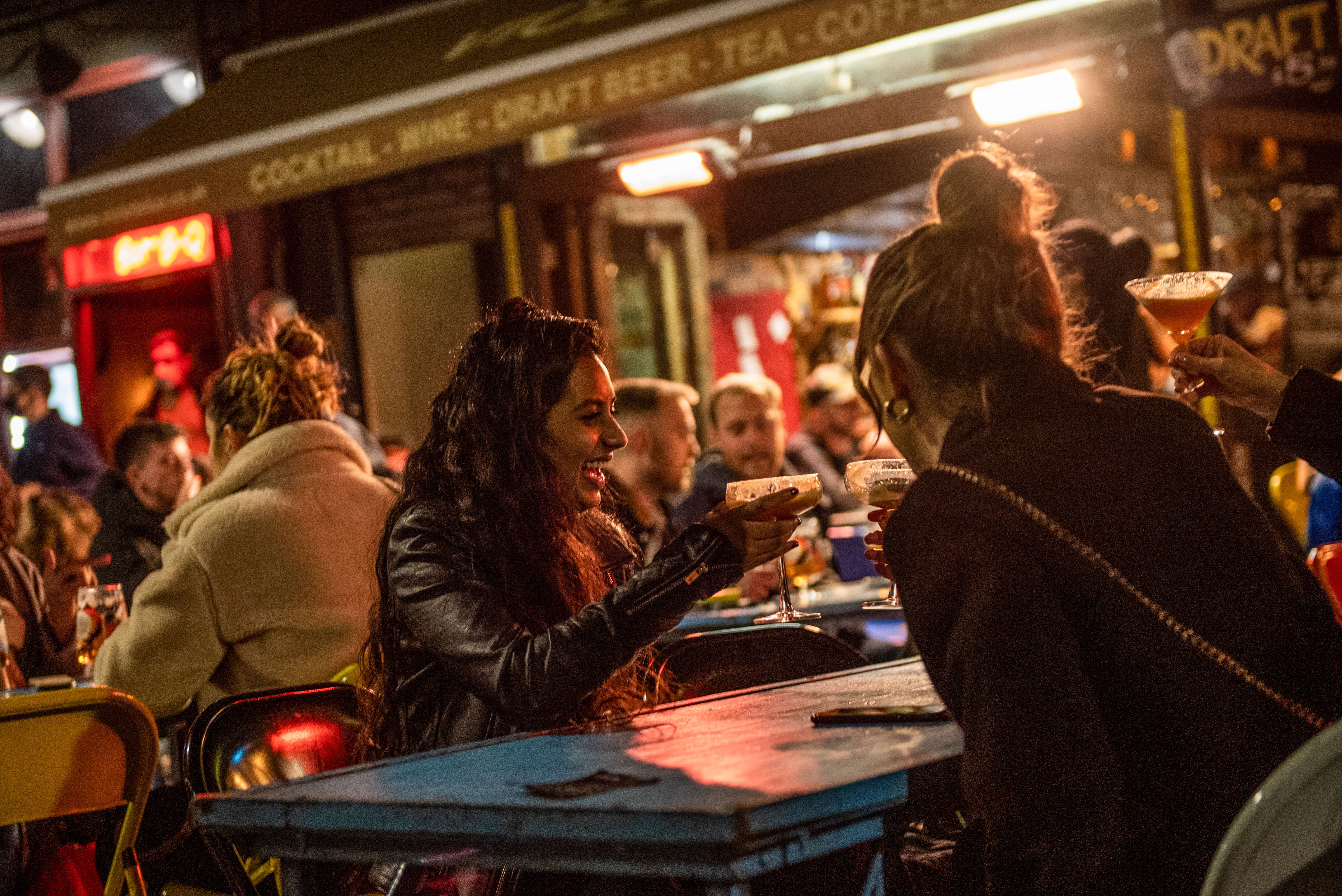 There is no indication that social distancing will be scrapped in the coming months.

Scientists yesterday warned the "one metre plus" rule which has hammered pubs and restaurants should stay in place until the summer.

Ministers are under huge pressure to reduce all social distancing rules after vaccinating the over-50s, but health experts are more skeptical.

A source told Sky: "This is the killer argument and no decision has been made. A lot rests on it for some businesses – the difference between being viable and not."

A second senior Whitehall source confirmed no decision had been made on the "one metre plus" rule.

Last week, The Sun reported how pubs and restaurants will be able to serve outdoors in April if coronavirus cases continue to fall.

The reopening of hospitality is being fast-tracked in a major boost to the blighted sector – and thirsty Brits.

A government source said: “We will hopefully be sipping pints in the spring sunshine sooner rather than later.”

But people would likely be only able to meet with other households outside in order to keep transmission low.

However, it may be that people living together could enjoy a pint in their local indoors in a matter of weeks.

What we don't know for certain

Ministers have already dished out mass testing in postcode areas, but reports say that lockdown rules may be localised in future to target outbreaks, The Times reported.

The blueprint is said to be a key plank in the PM's determination to make the rolling back of national restrictions "irreversible".

It will be built on the experiences of last year's tiers system and this month's localised mass-testing effort to contain the South African variant.

Targeted shutdowns would be imposed in post-codes where new variants are identified to stop the spread of potentially vaccine resistant mutations.

They will be accompanied by surge testing and a detailed contact tracing system to try and squash any outbreaks early on.

As of yet, there are no specific dates that the government has issued for the easing of lockdown apart from the reopening of schools on March 8.

It is worth noting that the PM has continually stressed that the dates for reopening are flexible.

And with the discovery of highly transmissible new strains in the past few weeks, ministers have pointed out that all dates are subject to change.

Should a spike in cases occur, the PM could well delay the reopening of industries such as hospitality or non-essential retail.

Staycations likely to be allowed

Brits could be allowed to take self-catered staycation breaks by Easter if the reproductive rate of the virus stays low.

Government ministers are considering allowing families from the same household to go on holidays from the Easter break.

This means Brits would at least be able to enjoy a holiday in England – though international travel is likely to stay on hold.

Bookings for popular destinations across the UK are already filling up, with many in the hospitality sector praying for a bumper season to end their Covid woes.

But the plans would only happen if the crucial R-rate remains low up to April 2.

Foreign holidays could be off the cards

Transport Secretary Grant Shapps warned Brits not to book a holiday – despite Matt Hancock claiming he had planned a trip to Cornwall.

Mr Shapps explained that until the entire country is vaccinated, travel restrictions are likely to remain in place.

Mr Shapps said travelling abroad would depend on "everybody having their vaccinations” in the UK – and potentially abroad.

When asked if travel restrictions will stay in place until everyone has had a vaccine, he said: "Yes."

While the UK has surged ahead of other countries in giving out the jab, many nations – including the EU – have seen a slower rollout hampered by production delays. 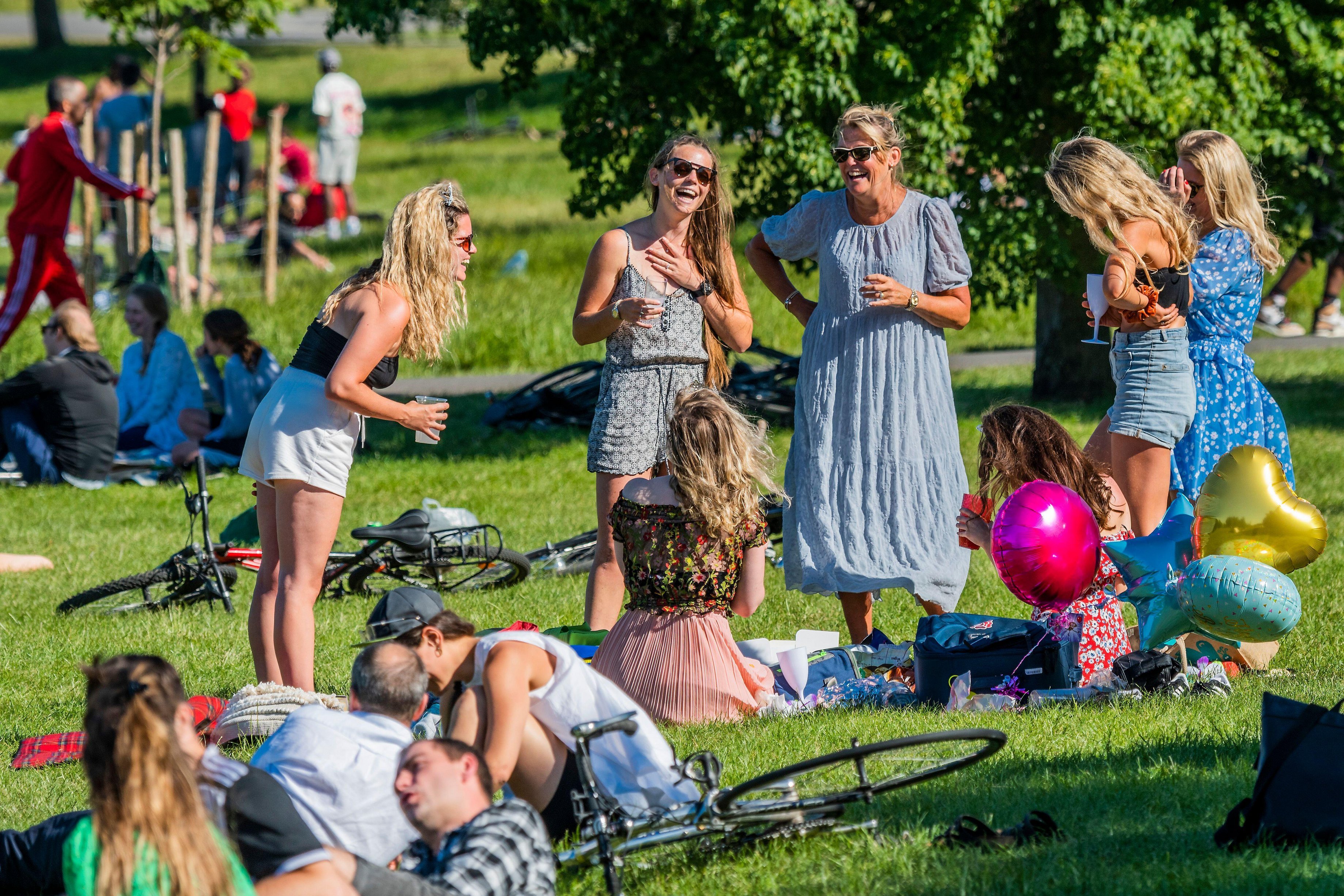 No date for nightclubs or gyms

Brits will have to wait until at least September before they can flock back to nightclubs, gigs, cinemas, and theatres, a minister has suggested.

Vaccines minister Nadhim Zahawi hinted venues that will need to mass test visitors won't be allowed to reopen until almost all the population is vaccinated.

And he also refused to rule out social distancing measures, like mask wearing and the one-metre rule, carrying on well into the future.

However, he has earmarked fast lateral flow tests as a key way of getting larger venues open to the public again once lockdown is lifted.

Similarly, there is no current date set for the reopening of gyms or other close contact services, such as haircuts.

But this has sparked controversy in government, with one insider telling The Sun: “People are getting fed up at not being able to go for a haircut. It is about improving how people feel about themselves.” 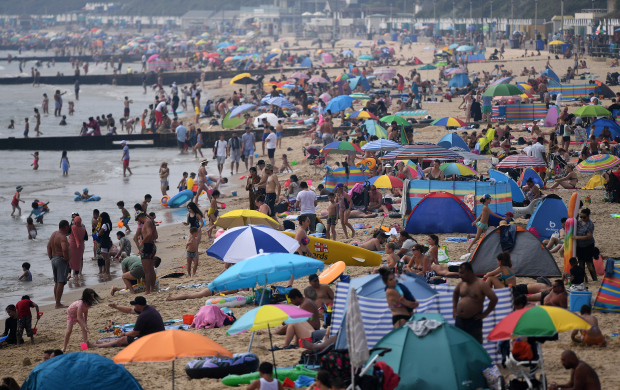 Working from home to continue

There has been no date proposed for Brits to head back to the office.

Yesterday, The Sun reported that Brits would continue remote working even as some lockdown measures are eased.

It’s expected the “work from home if you can” message will remain in place for the foreseeable future.

No crowds for live sport yet

Though limited crowds were allowed to attend live sport in the Autumn, there is no date in sight for when sports stadiums can reopen fully.

Millions of tests, which return a result in half an hour, could be used every day in settings from workplaces to football stadiums.

Sports fans could also be sent Covid tests along with their tickets so they can watch major events including the Euros and Wimbledon again this summer.

But with social distancing to remain in place in some form for many months yet, stadiums are unlikely to be completely full for a while yet.