COVID had evolved inside the lungs of Chinese miners nine years before escaping Wuhan, a top US expert has claimed.

Dr Jonathan Latham, the executive director of the US Bioscience Resource Project believes the origin of the virus may come from the mystery illness that killed three miners almost a decade before the pandemic. 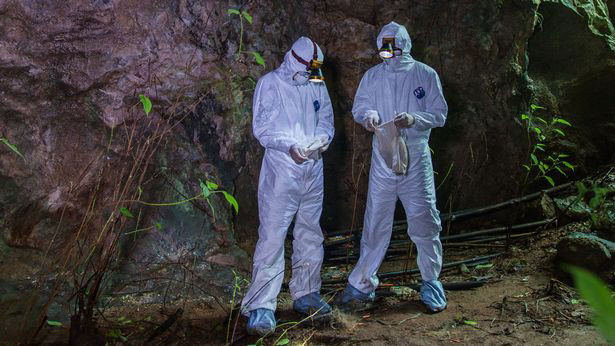 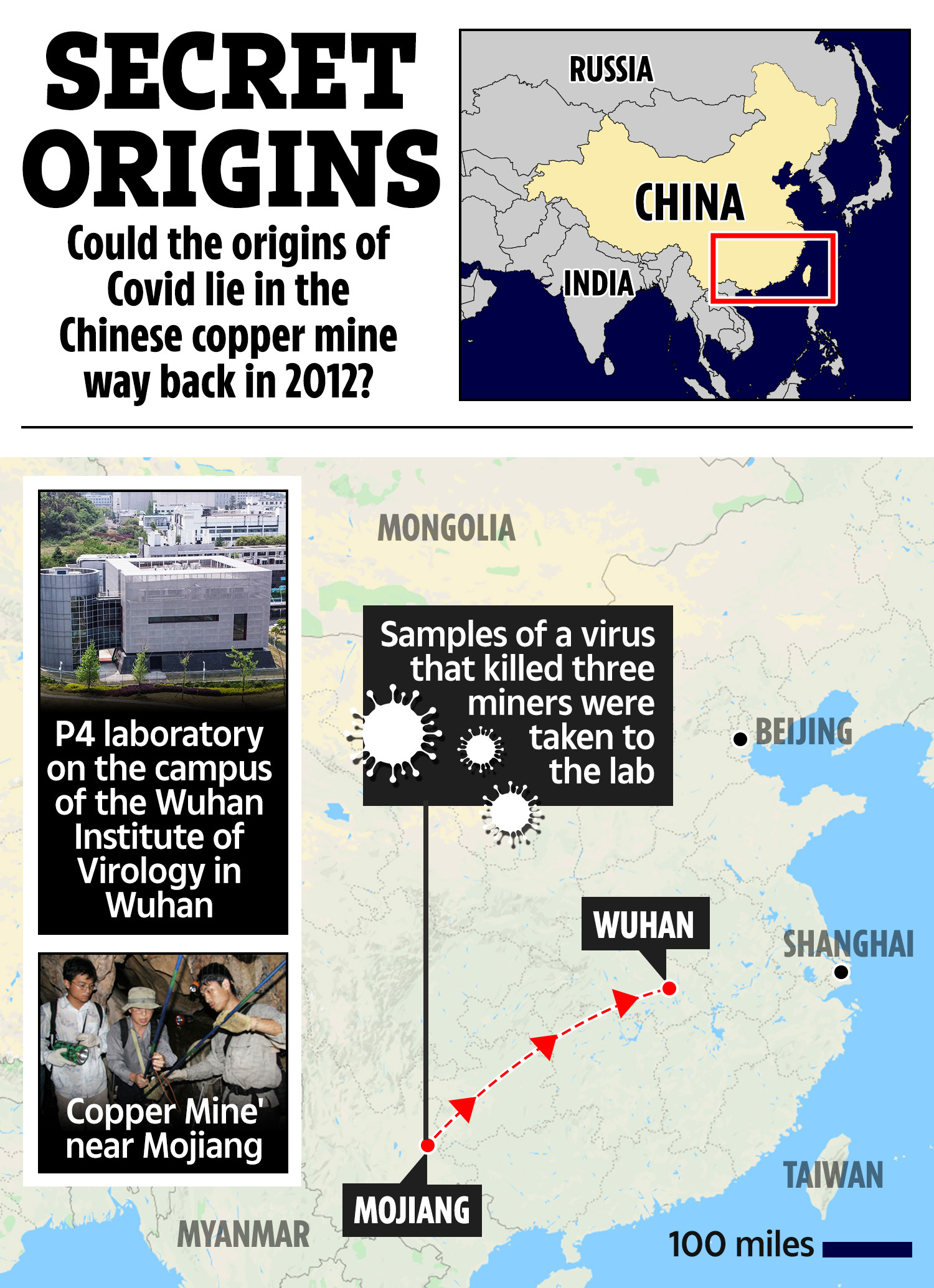 Back in April 2012, six miners became seriously ill with Covid-like symptoms after working in a bat infested cave in Mojiang.

And now Dr Latham suggests that the virus may have evolved inside their bodies before escaping Wuhan, through samples of the disease that were sent to researchers the Telegraph reported.

Dr Latham said: "The theory requires many hundreds of mutations in one miner to turn into Sars-Cov-2. Decades were crammed into about six months.

"But we have heard of the surprising phenomenon of isolated cases of greatly accelerated evolution in viruses in Britain.

"Our theory proposes that a similar evolution was happening inside the lungs of miners following the mystery disease in 2012 and argues that the virus leaked from a medical sample obtained from the miners infected by the outbreak."

In April 2012 six miners were tasked to cleaning out an abandoned shaft Mojiang.

The men found themselves shoveling knee-deep piles of guano – a repulsive combination of bat faeces and urine.

The men became seriously ill with a mystery infection which made them develop pneumonia-like symptoms, hacking coughs and high temperatures.

Butv despite three of them ending up dead, the illness didn't get further attention- up until the beginning of the pandemic.

Questions began to be asked about where the new coronavirus came from as China reported the first cases in Wuhan to the World Health Organisation in December 2019.

And eyes quickly turned to the biosecurity level 4 lab, WIV.

It turns out virus samples from bats roosting in the cave were sent to WIV, and one of the nine viruses identified was a 96.2 per cent march for SARS-CoV2.

The virus – recovered from the anus of a horseshoe bat – is around ten mutations away from Covid, and is by far its closest known relative.

While nothing is proven as the politically mired investigation trudges on, it raises questions about the link between the Mojiang miners and Covid.

"We know that coronaviruses were diverse and abundant near the mine, and we know that some of the miners underwent lengthy hospitalisations," added Dr Latham.

"We know many medical samples were sent to the Wuhan institute of Virology, so the question is, what was in the samples, and what was done with any viruses that were found?"

A young medic named Li Xu wrote on a thesis on the infections and while he was unable to say exactly what killed them, he argued it was most likely a coronavirus from a bat.

"This makes the research of the bats in the mine where the six miners worked and later suffered from severe pneumonia caused by unknown virus a significant research topic," he said.

China has long been accused of covering up or distorting its role in the early days of the pandemic, with claims the Communist Party manipulated case and death figures while withholding information from WHO.

The theory that the pandemic was caused by a lab leak in Wuhan has become increasingly mainstream in recent months despite being slammed as a conspiracy theory in the initial months of the outbreak.

China and the Wuhan Institute of Virology have furiously denied any allegations, but fresh evidence indicates the virus was circulating in human cells "for a very long time".

A new bombshell book by investigative journalist Elaine Dewar suggests the virus was "perfectly adapted to human beings" when it first appeared in December 2019.

Meanwhile, experts suggest that China has exploited the Covid pandemic as part of its goal to achieve global domination as the country is booming two years after the first case reported in Wuhan. 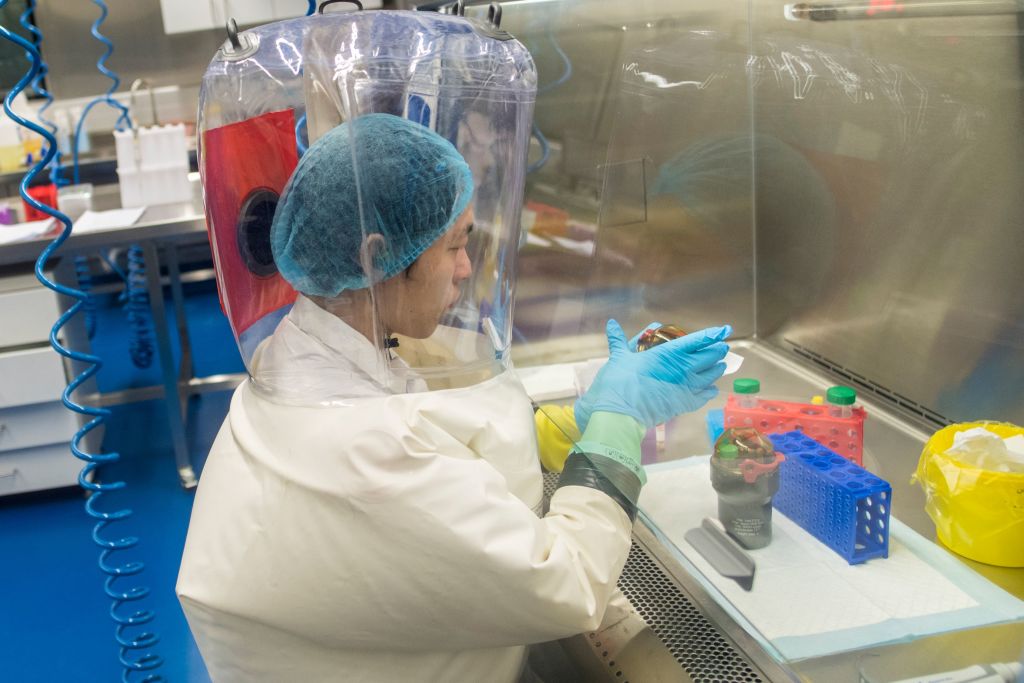 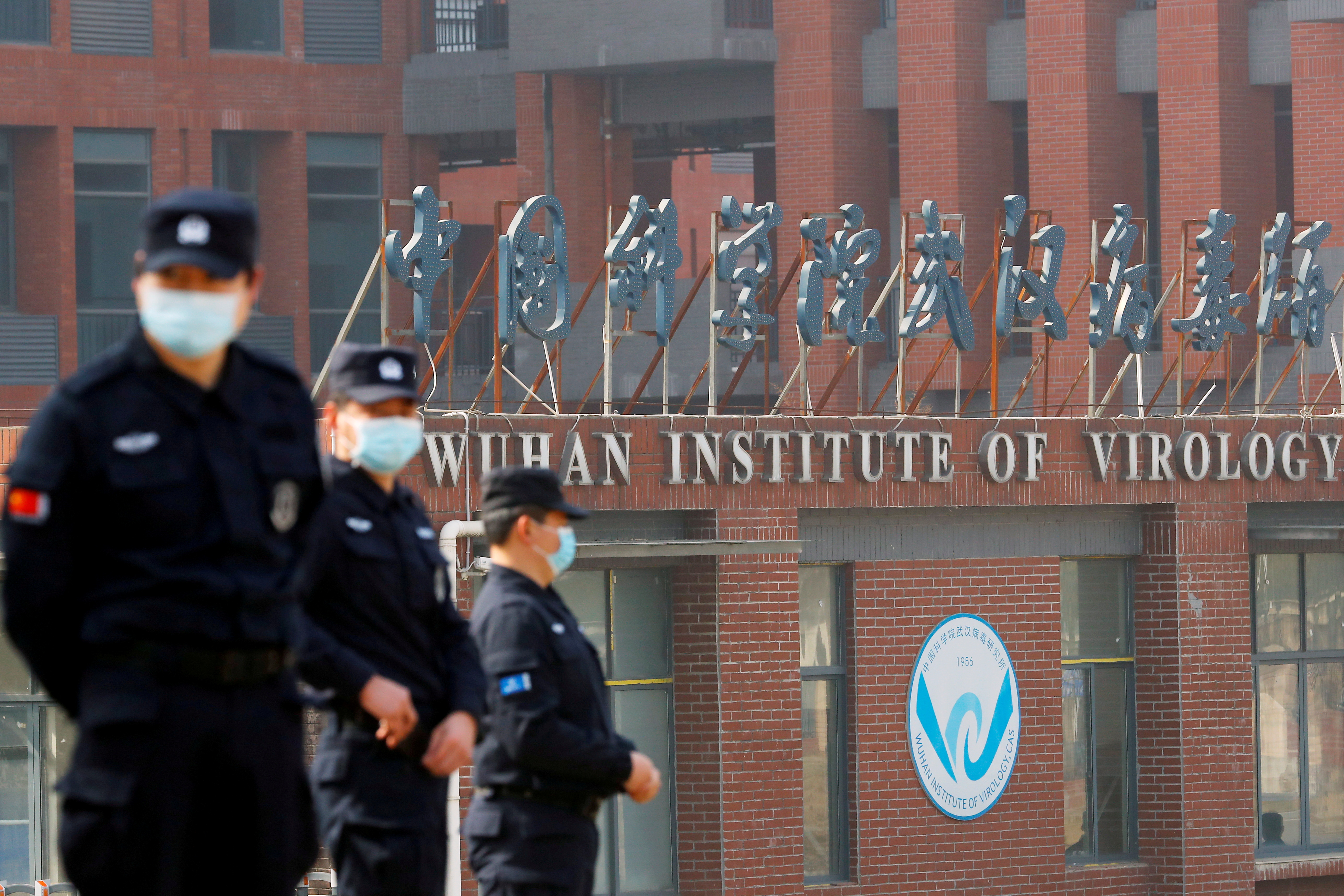