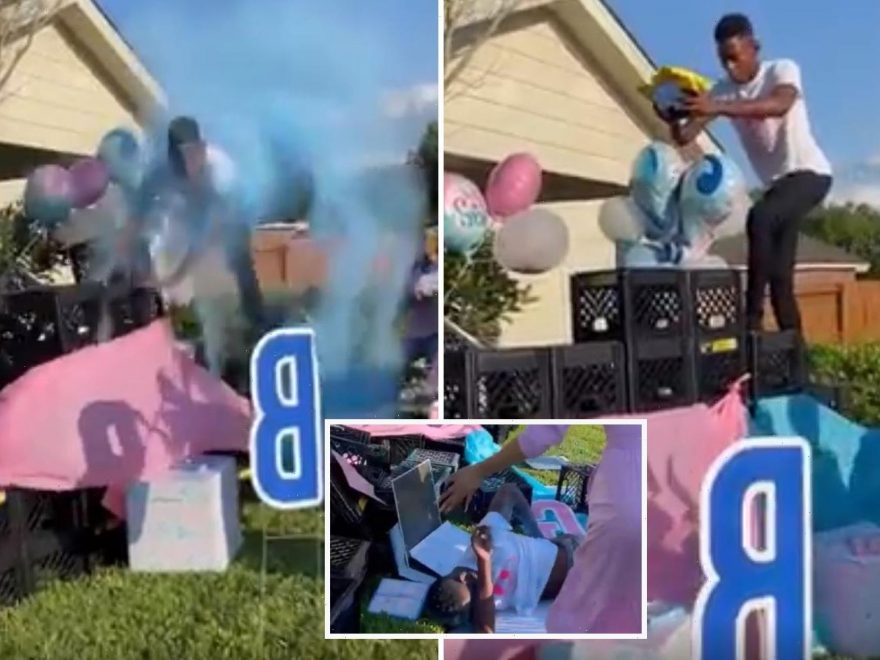 A GENDER reveal has been blasted after it ended with the future dad falling from a stack of crates.

The video, which has been uploaded to a number of social media pages, shows a man taking part in TikTok’s latest “Milk Crate Challenge”. 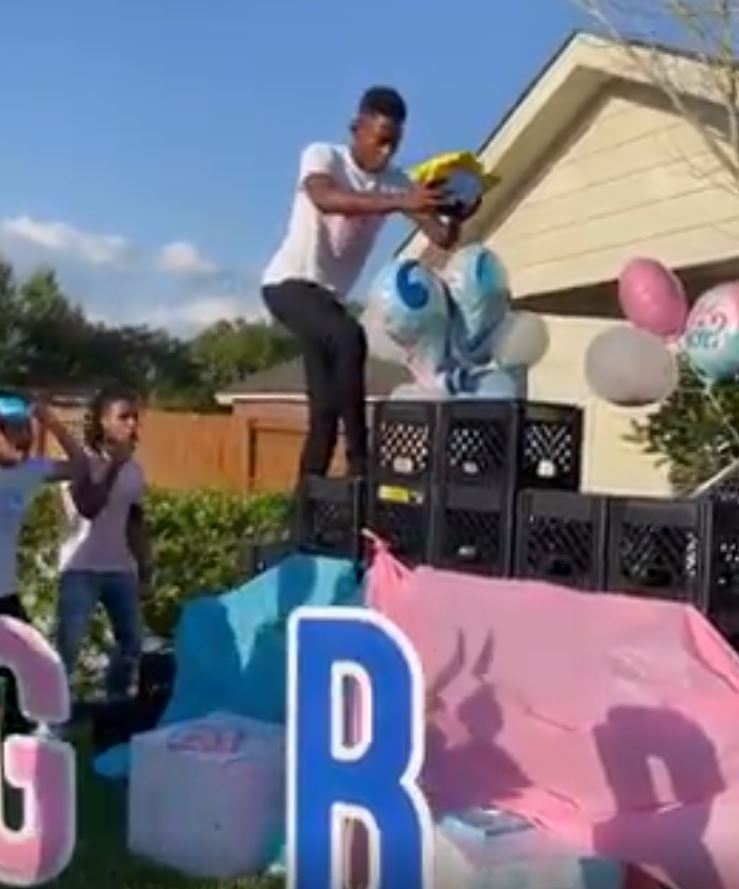 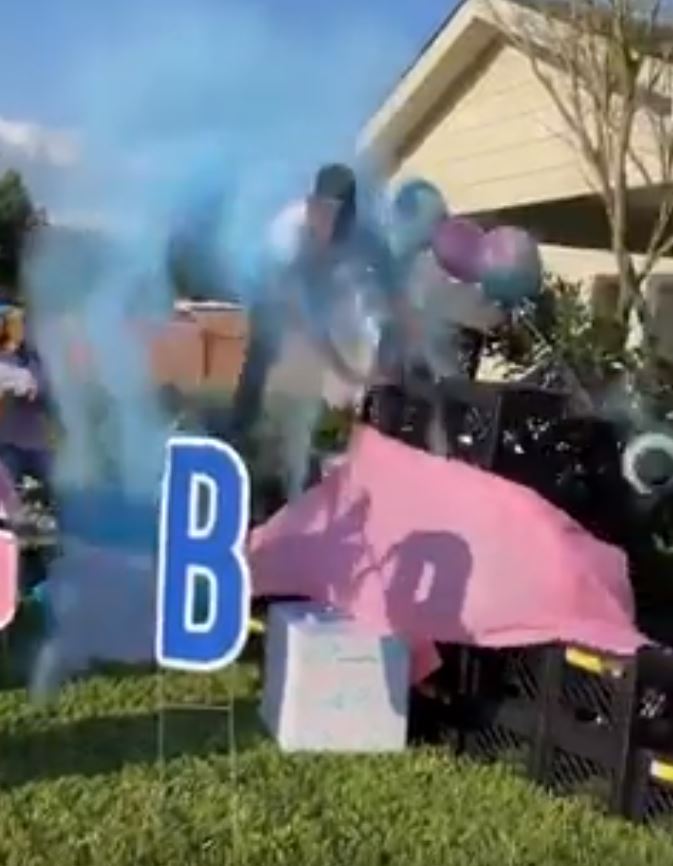 The challenge sees people stacking milk crates and trying to climb them like stairs.

Not surprisingly, it ends in disaster for many, with most people tumbling from a potentially dangerous height.

According to CNet, it’s been banned by TikTok after doctors slammed it as dangerous.

But one couple decided to try the challenge for their gender reveal, with the dad stepping onto the milk crates holding a plate and a parcel holding either pink or blue powder.

A video shows the man soon taking a wobble as he hits the fourth crate, before the whole structure collapses as he steps onto the fifth crate and he comes tumbling down.

Blue powder flies into the air while the guests at the party flee in delight.

But the camera then cuts to the mum-to-be who is at her partner’s side.

He appears to be holding his back in apparent agony as the party continues on behind him.

The video has caused outrage online, with people slamming the hazardous trend.

"This new fad is absolutely ludicrous," one person commented.

Another said: "All I can think about is what it's like to be super pregnant and have your partner be f**ing useless bc he's in multiple casts, just got back surgery, etc.”

But one person said: "Hospitals are overwhelmed right now. They don’t need idiots climbing on unstable stacks of milk crates for social media validation clogging up their stretched resources.

Gender reveals has been an issue of contention for years now, with one of the worst being a California couple's reveal, which allegedly sparked the deadly Ed Dorado wildfires in 2020. 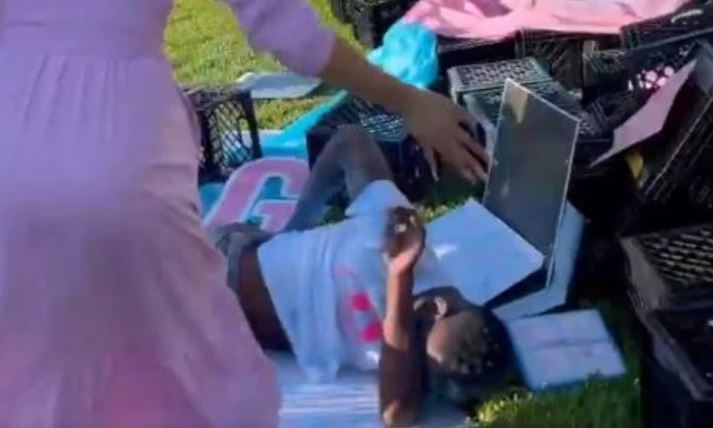 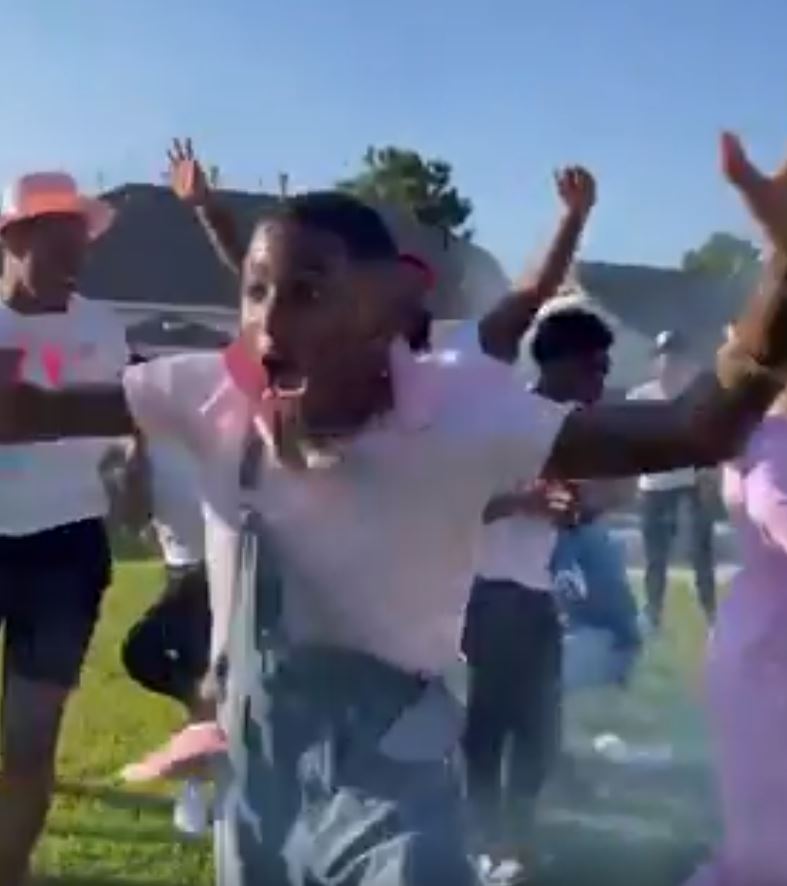