Quarantine for people returning to the UK slashed to SEVEN days: Travellers will have to take a test but two-week isolation is over, Shapps reveals

Travellers will self-isolate at home and take a coronavirus test a week after landing under new plans to reduce the travel quarantine, Grant Shapps said today.

The Transport Secretary also ruled out testing on arrival at UK airports and ports, telling the virtual ABTA travel industry conference: ‘We’re proposing a domestic test regime, where people land and wait a week, have a test and get early release.’

The test will need to take place ‘in person,’ he said. It will be provided by the private sector, in order to prevent putting additional strain on the NHS, and will be paid for by the traveller. 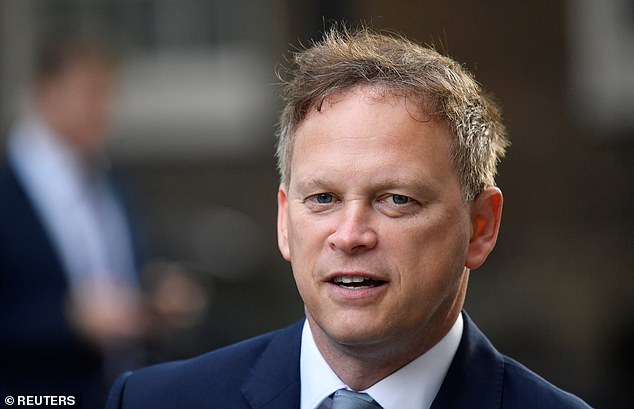 Travellers will self-isolate at home and take a coronavirus test a week after landing under new plans to reduce the travel quarantine, Grant Shapps said today

‘We’re also proposing an internationally recognised system, in which Britain would be a trailblazer, where tests and isolation take place prior to travel and after travel and would require no quarantine,’ Mr Shapps added.

He said he believed the measures described ‘will result in significantly more people flying in the months ahead’.

However, the Transport Secretary stopped short of providing a start date for the planned testing scheme.

Mr Shapps announced the launch of the Global Travel Taskforce last week. Its remit includes considering how a testing regime for international arrivals could be implemented to boost safe travel to and from the UK.

The Transport Secretary did not specify which day a test would be taken on during the ABTA convention.

Work is ongoing with the help of industry, clinicians, health experts and the private testing industry to develop an effective approach.

A Department for Transport spokesman said: ‘The Global Travel Taskforce is working at pace to establish how a testing model could be implemented in the UK.

‘As part of this work, the Taskforce will consider what day that testing should be taken on, informed by public health analysis of when this would be effective and taking into account economic and other factors.’