All 83 passngers who landed from the ground zero epicentre of Wuhan this afternoon will be treated at Arrowe Park Hospital on the Wirral, Merseyside. 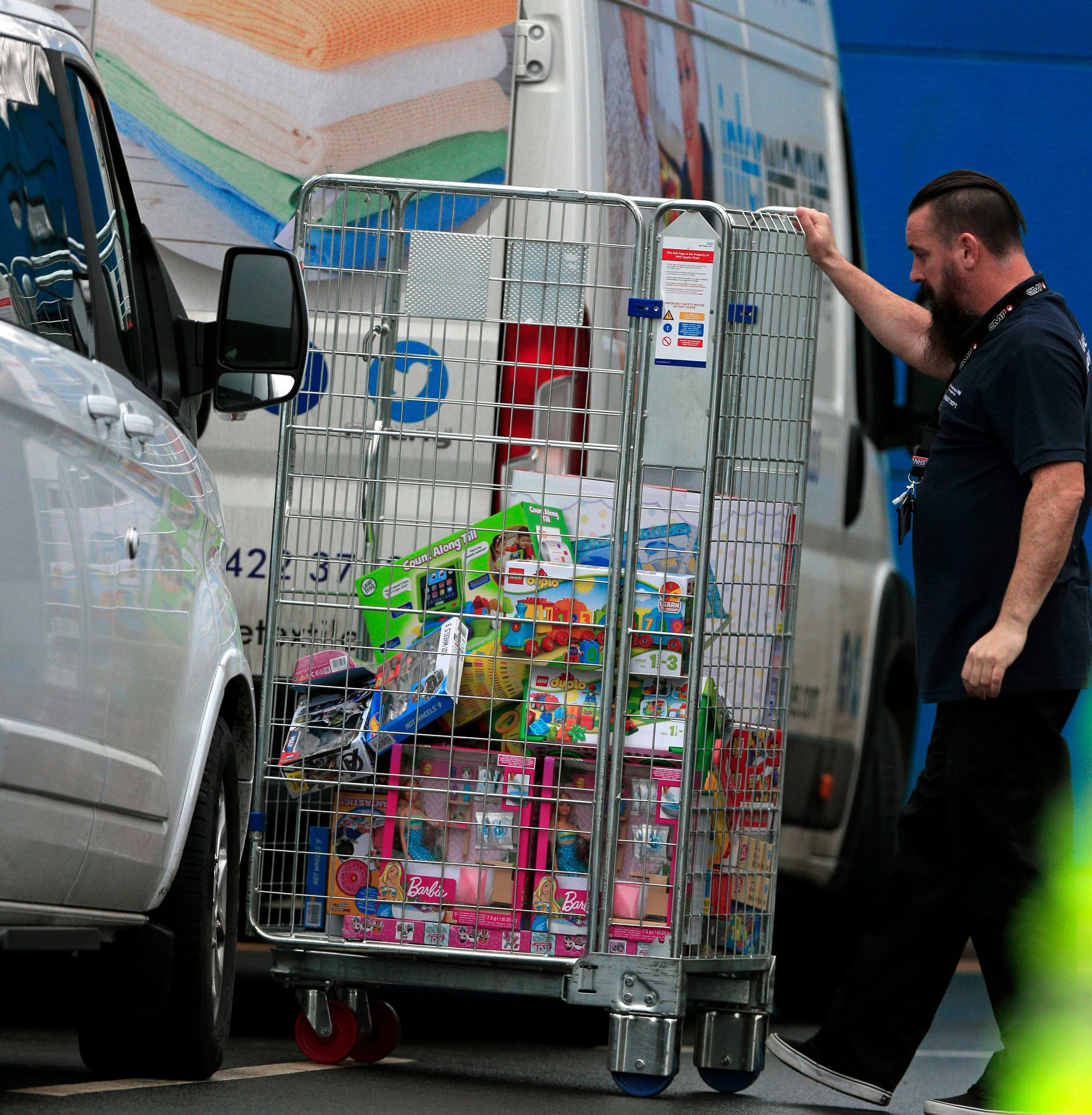 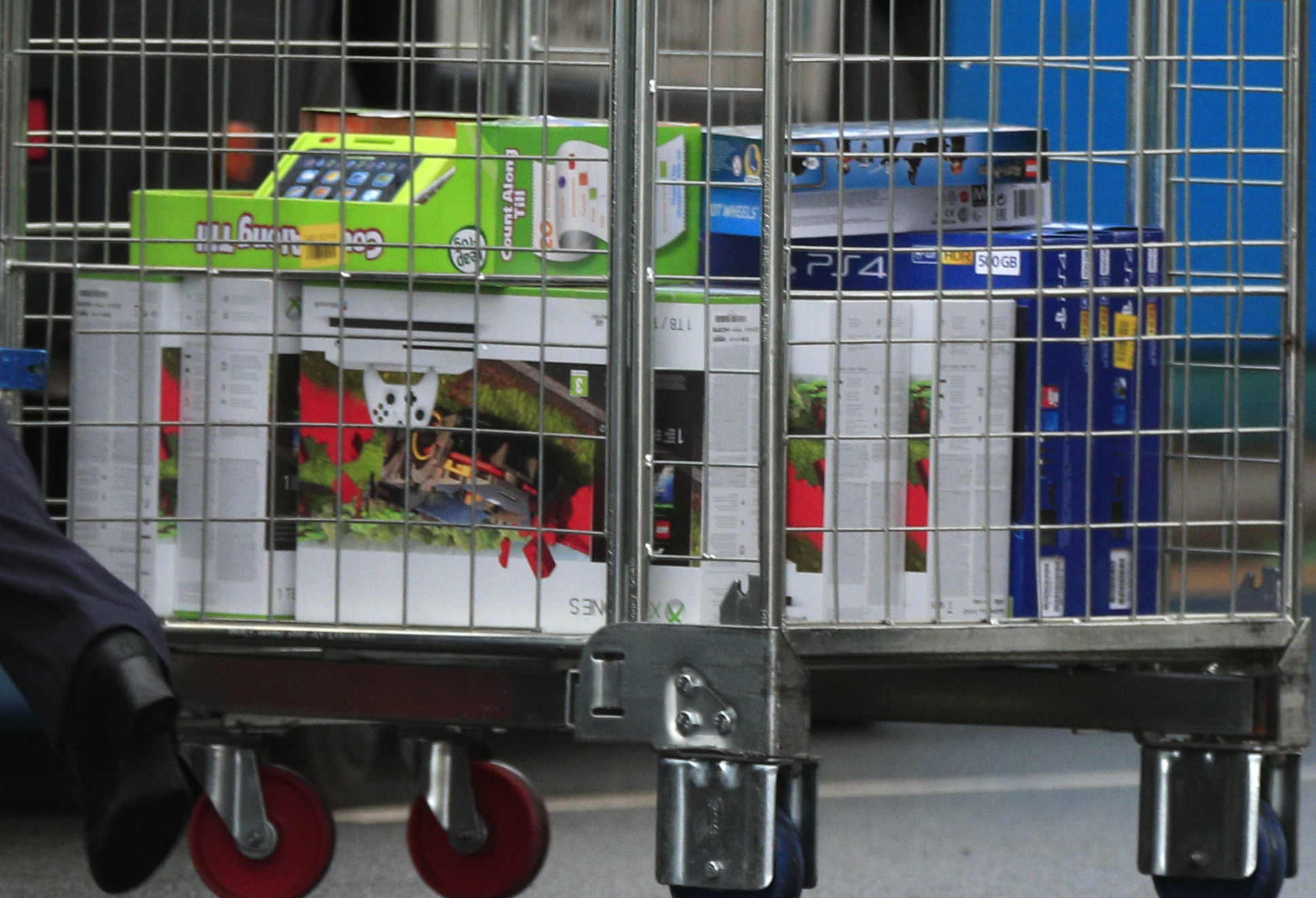 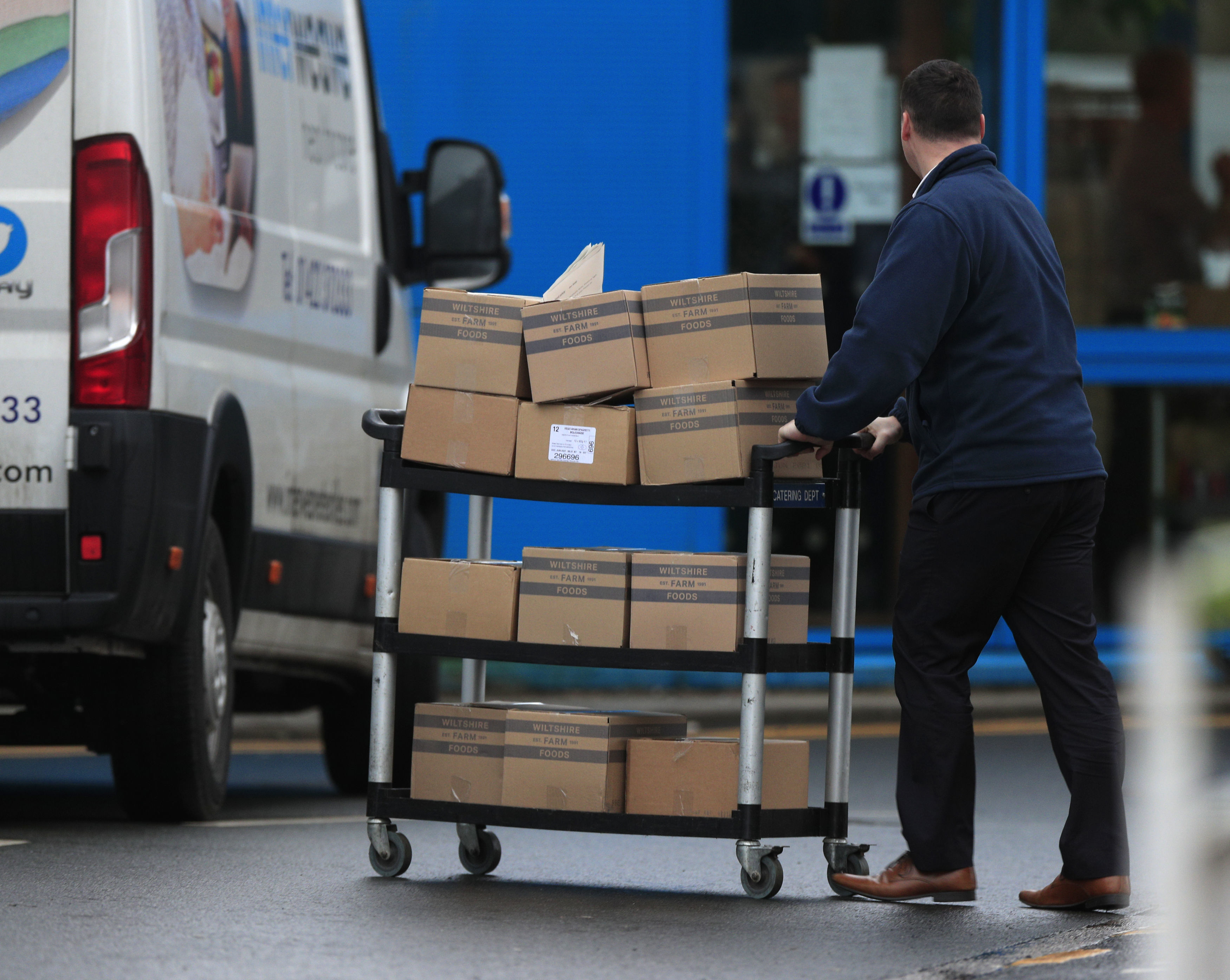 Cages of supplies, including children’s toys, Xboxes and Barbie dolls, were spotted being wheeled across the car park today.

Food packages were also stacked up on trollies, with baby baths on others, while boxes of phone handsets were also moved into the hospital.

It comes as the rescue flight from Wuhan finally touched down in Britain this lunchtime.

Two patients have been quarantined in Newcastle after testing positive for the killer bug – as the rescue flight from Wuhan finally touched down in Britain this lunchtime.

Authorities are now desperately scrambling to contain the spiralling epidemic with fears up to 2,000 could be infected in the UK.

Live footage showed a woman and a young child disembarking from the plane after it touched down just after 1.30pm today.

The child walked down the steps before being scooped up and carried away.

All patients will be made to be as comfortable as possible and have access to a team of medical staff who will closely monitor their condition.

There will be laundry facilities put on as well as kitchen and food available for those who wish to self-cater – completely free of charge.

The NHS will also ensure that all families are kept together with no parents being separated from their children. 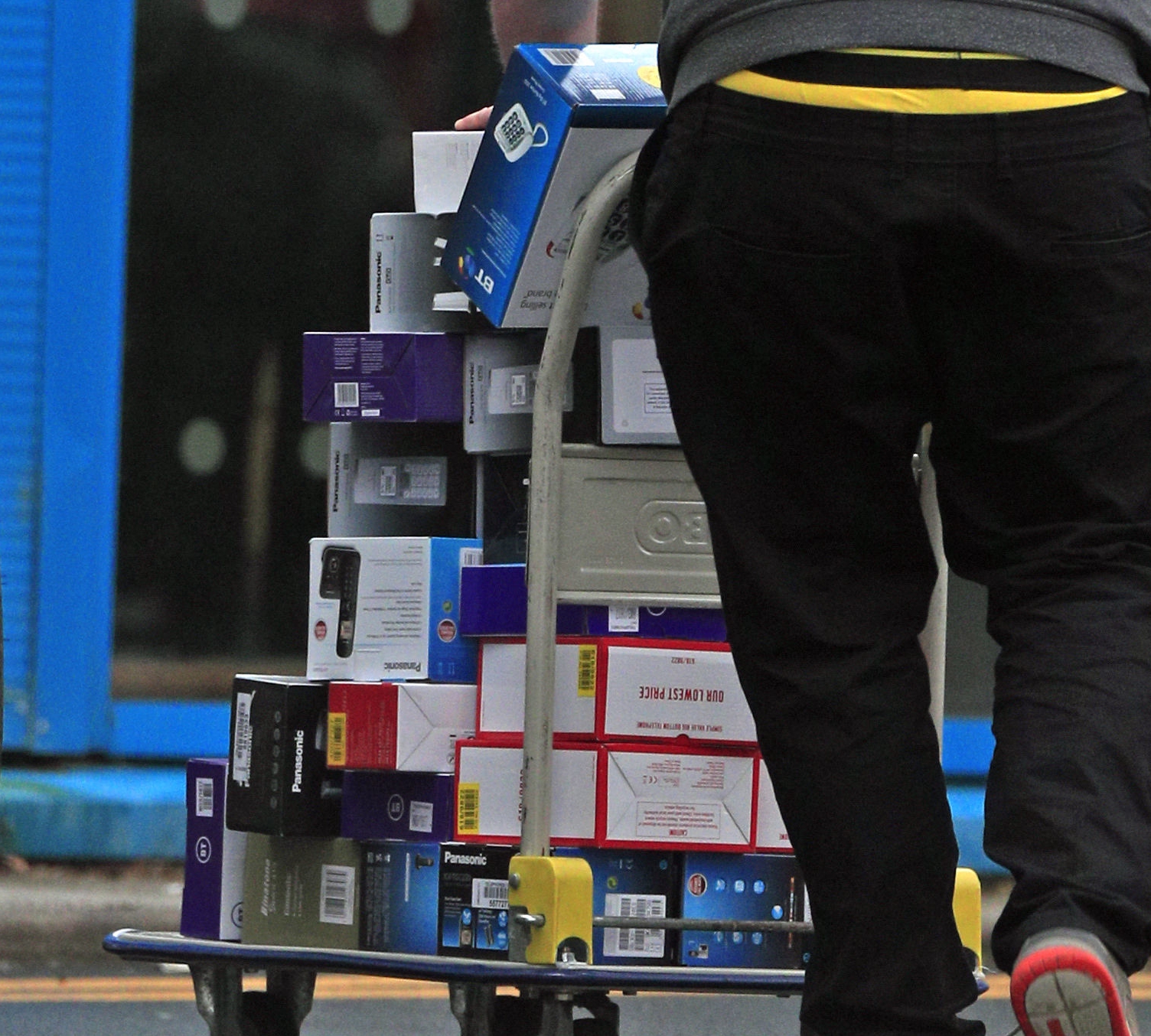 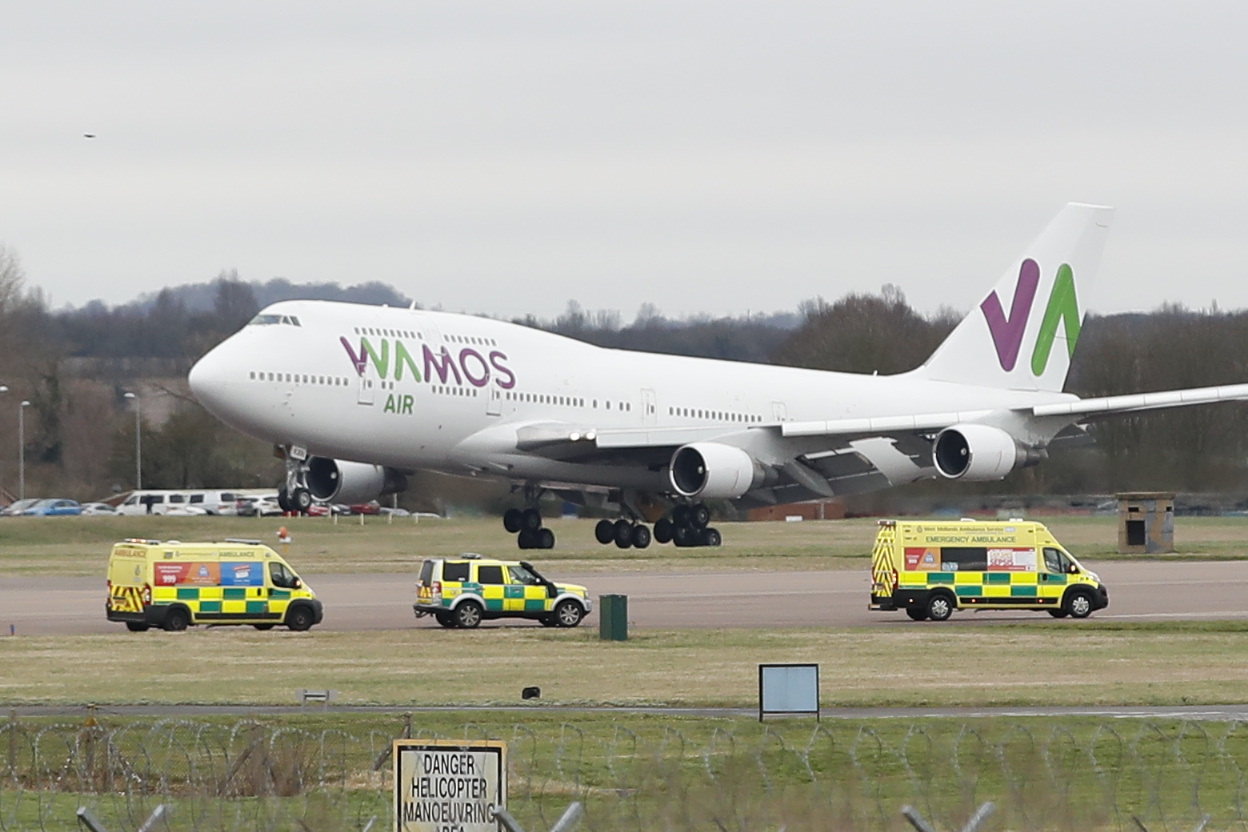 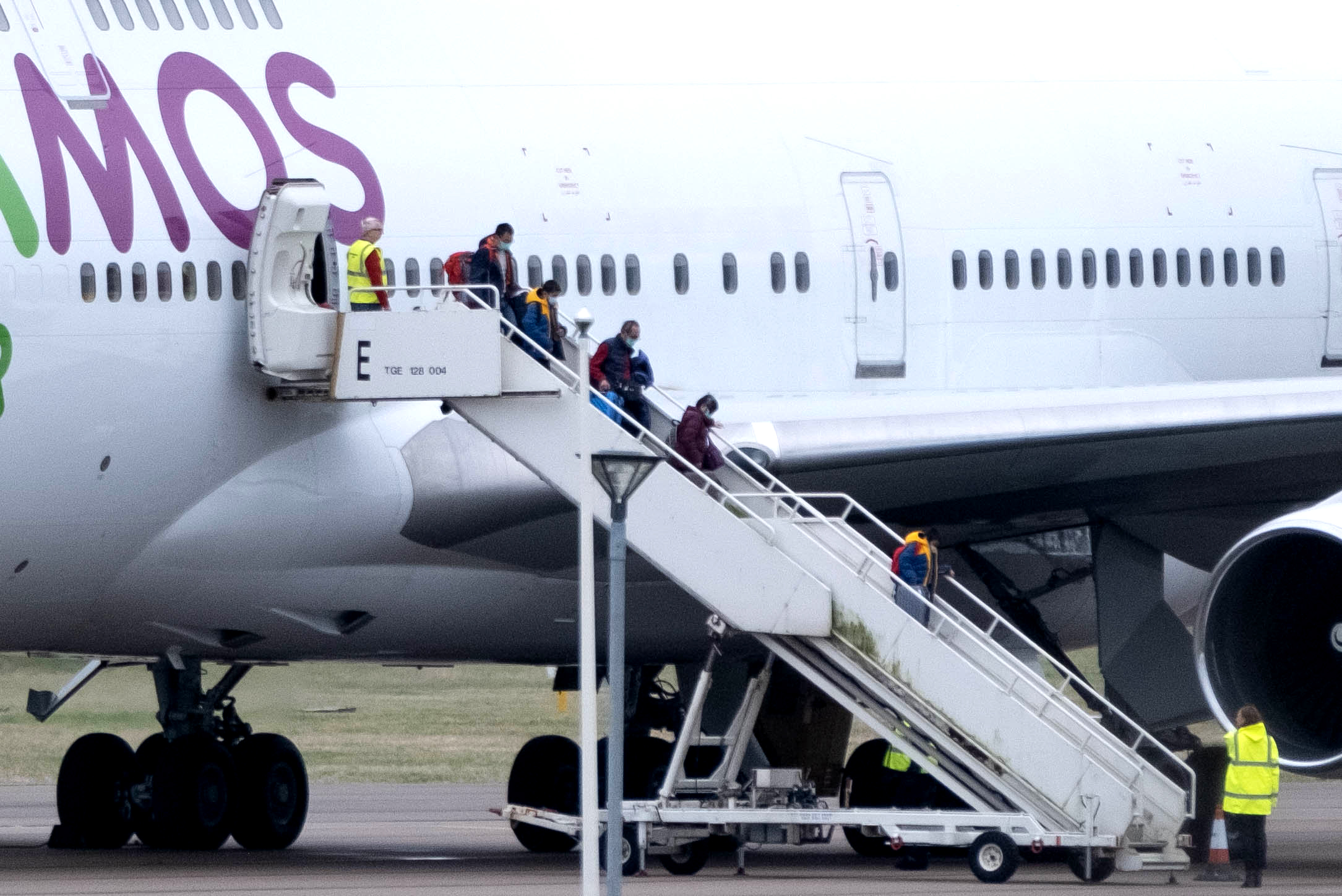 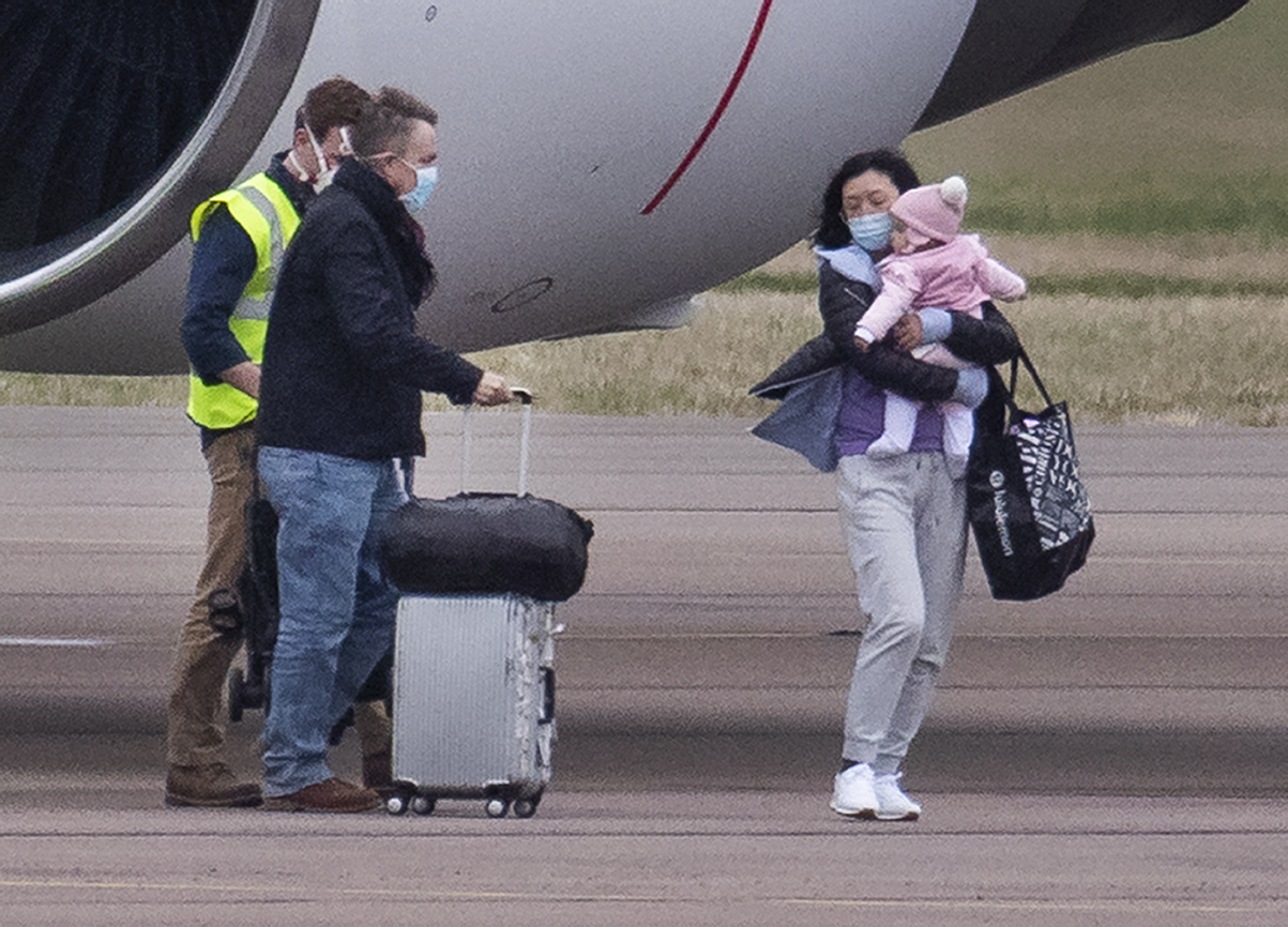 It comes after Chinese tourists suffering coronavirus-symptoms were rushed to hospital from Staycity aparthotel in York city centre on Wednesday.

Dramatic video footage on Wednesday showed hazmat paramedics swooping on the hotel after a man travelling with two others reported feeling unwell.

Some rooms at the £140-a-night hotel have been sealed off and are being deep-cleaned today – but it is still open for business.

Hotel bosses today said they had been in touch with Public Health England but had no confirmation their guests were the confirmed victims.

A spokesman added: "Until more is known the apartment containing the group’s belongings will be cordoned off, along with surrounding rooms, after which the area will undergo a thorough environmental clean and disinfection."

Health officials say they "are working rapidly to identify any contacts the patients had, to prevent further spread" – amid frantic efforts to stop it spiralling out of control.

Official advice urges anyone who has come into close contact with coronavirus sufferers to "self-isolate" to prevent the infection spreading.

Director for national infection service at Public Health England Professor Sharon Peacock said: "What they'll be doing is aiming to contact everybody who has been in contact with these two cases and prevent onward transmission."