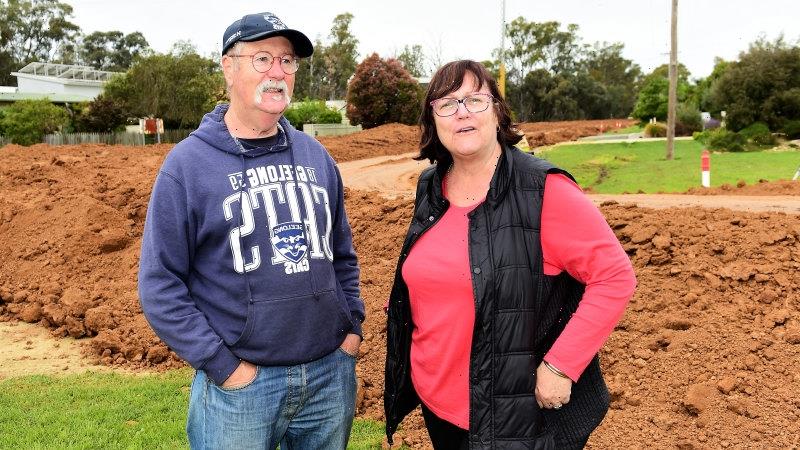 A great earthen levee wall now runs down 2½ kilometres of Echuca’s suburban streets, separating parts of the city’s east from the rest of the regional centre.

When the Murray River floods – and the only question now is by how much – that earthen wall will protect hundreds of properties from inundation. 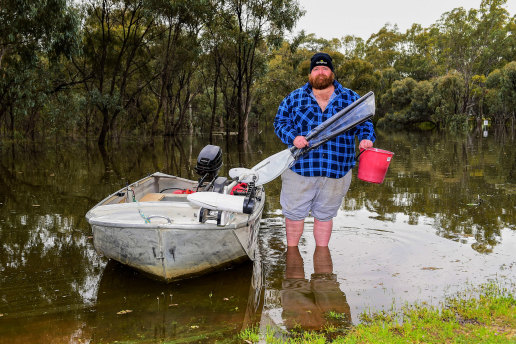 Hayden Moore’s home is one of dozens that will be affected by the levee being built in Echuca.Credit:Steve Huntley/Riverine Herald

On the other side of the levee, floodwaters could pool and rise, spelling possible disaster for about 190 homes.

“That’s a bit of a kick in the guts for us, and for everyone who’s behind it,” said Hayden Moore, whose home on Pakenham Street is all but certain to be flooded this week.

“I know decisions have to be made. And that we’ve got the short end of the stick. I can’t do much about it, to be honest.” He spent time on Tuesday getting a boat and kayak ready.

Since Monday, Echuca residents and members of the Australian Defence Force have been working around the clock with heavy machinery to get the 1½-metre-high levee built and existing levees reinforced, with sandbags and mud.

A separate smaller levee will stretch along a section of Watson Street in the city’s north.

At a community forum on Monday, residents were told the Murray is expected to peak at 95.9 metres Australian Height Datum, or above sea level, at Echuca Wharf.

The last time it reached those levels was in 1870 when the river reached 96.2 metres.

Along most of its stretch, the 2½-kilometre levee will reach 96 metres AHD. But no one really knows the effects the earthen walls will have on river flows once the worst of the flooding hits. 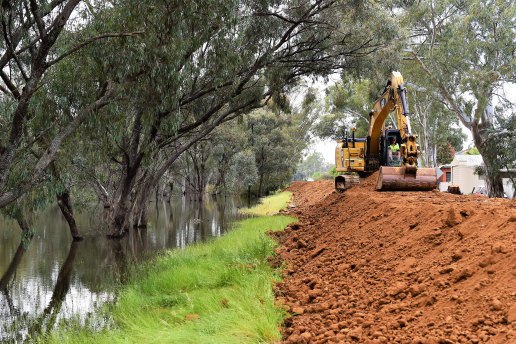 The Campaspe Shire mayor says without the levees, much of the town’s CBD and broader residential areas could be lost.Credit:Steve Huntley/Riverine Herald

Incident Control Centre commander Greg Murphy said the levees were a tactical way to redirect water flows and pumps would be used to remove excess water from behind levee walls.

“It supports the critical functioning of infrastructure for the community, including but not limited to things like the wastewater treatment plant,” he said.

Murphy said the number of houses that will be left behind was “significant”.

“We are conscious of the impact on those houses. We understand that people in those houses would be most upset,” he said. “However, during emergencies, there are decisions that need to be made in the interests of everybody.”

Campaspe Shire Mayor Chrissy Weller said that without the levees, much of the town’s CBD and broader residential areas could be lost.

“The Goulburn River is coming into the Murray, and that’s what’s coming here,” Weller said.

“We’ve got to give it a go because, obviously, we’ll lose residential and the CBD areas if we don’t.”

For residents in low-lying parts of Echuca East, whose homes are on the other side of the levees, it’s a tough message to hear. 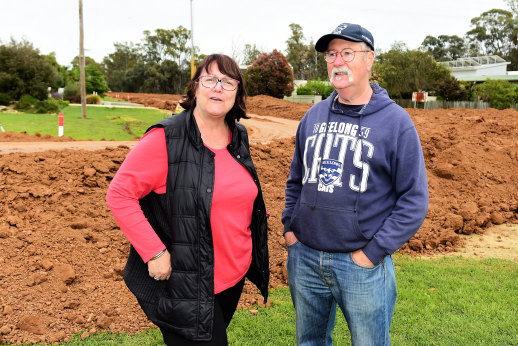 Echuca East neighbours Julie Golledge and Peter Mitchell at the levee under construction in front of their properties. The levee will protect homes on the other side of the street but could leave theirs in the “Murray pool”.Credit:Steve Huntley/Riverine Herald

“But logically, I do understand the reasoning.”

“My floor level’s at 96 [metres], so we should be right,” said Bernie Southern, whose heavily sandbagged home looks out onto the levee at Pakenham Street. His street is now split into two sides – one that will flood and one that will be protected.

Homes that will be most affected by the longer levee are on the Murray River side of Echuca East. They include sections of Pakenham Street, Goulburn Road, Moore Street, McIntosh Street and Roberts Lane. 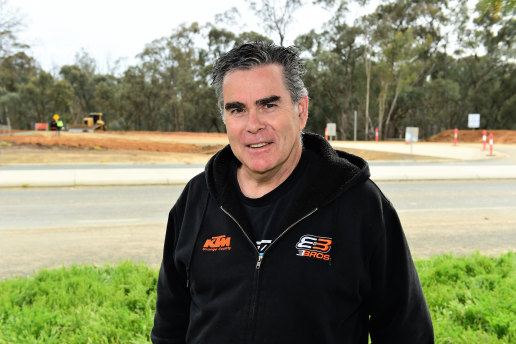 Lee Kavanagh says he and many of his neighbours living near the Murray won’t be insured against the Echuca floods.Credit:Steve Huntley/Riverine Herald

On Monday, an evacuation order was issued for parts of Echuca and Echuca Village.

Residents in areas surrounding the Campaspe have been warned to evacuate the area immediately.

But dozens have opted to remain, sandbagging their homes and stocking up on food and supplies. One woman said she would only leave when the water rose above floor level.

Emergency Management Victoria is warning that anyone who chooses to stay in the affected areas could become isolated for a number of days, and emergency services workers may not be able to assist them.

An Emergency Management spokesman told residents at Monday’s community meeting they should prepare themselves for water to rise behind levees in what is being dubbed the “Murray pool”.

That pool will also contain dozens of properties.

Lee Kavanagh, whose family has lived in their home for just a few years, said many homes near the Murray River would be uninsured.

“A lot of people up here haven’t got flood insurance because it’s too expensive,” he said.

The Campaspe River peaked on Sunday night, and the Murray River is forecast to peak on Thursday.