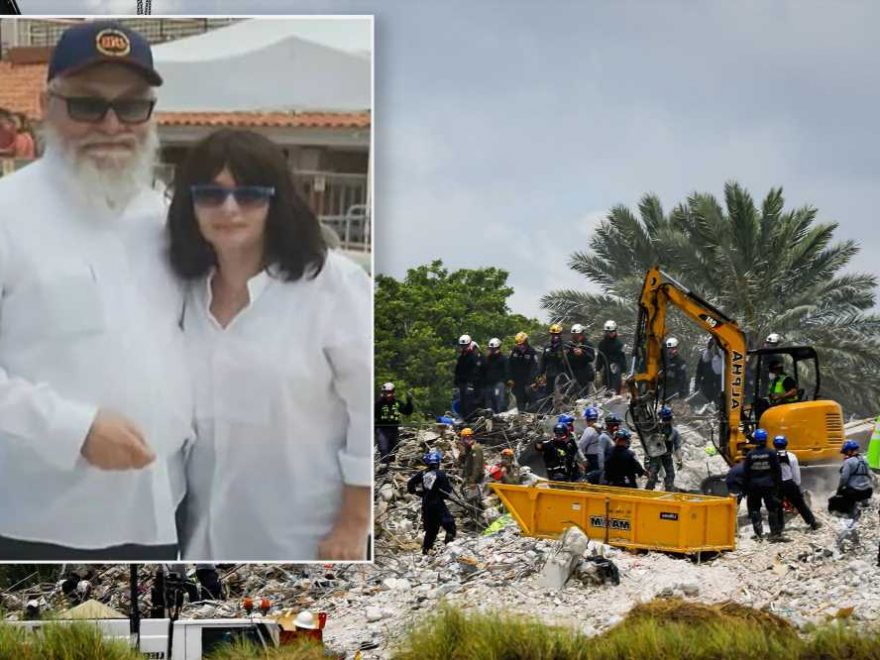 A couple whose bodies were found in the collapsed Florida condo tower had celebrated the birth of a new grandchild just the day before the tragedy, according to reports.

Tzvi Ainsworth, 68, and his wife Ingrid “Itty” Ainsworth, 66, had uprooted from Tzvi’s native Sydney, Australia, four years ago to be closer to family, including Itty’s mother, a Holocaust survivor who is battling cancer.

They celebrated the birth of a grandchild in Miami just the day before their home in Champlain Towers collapsed last month, according to NBC Miami.

Another of their seven children, a son living in South Africa, had also recently just had a child, relatives told the Associated Press.

The Ainsworths’ bodies were among four found Monday — the 12th day of the rescue — raising the death toll to 28 people, Miami-Dade Police said.

Rabbi Aryeh Citron called it “like a terrible nightmare” that he “can’t wake up” from.

He called Tzvi “just a great all-around guy” who was “always taking care” of his wife, who suffered chronic pain from Fibromyalgia.

“He was very devoted to her,” said the rabbi, whose congregation includes six families who had homes in the tower.

“If he was missing, if he didn’t come to the synagogue, it was because he was with her or his children.”

One of their children, Chana Wasserman, had last year penned a moving tribute to her Itty for Mother’s Day last year, calling her “A Mother Like No Other.”

“Every person she encountered, ever in her life, became her friend,” Wasserman wrote of her mother who lived with “tremendous passion.”

“My mother sees the world through rainbow colored glasses with unicorns and dolphins diving in and out,” she wrote at the time, saying, “I know I will never be able to match my mother’s pure enthusiasm for life but it’s inspiring to watch.”

Relatives previously said that Itty’s mother, who lives in Miami Beach, had not been told they were missing because of her battle with cancer. It was not immediately clear if she had been told after the bodies were found.

Among those still missing was Brooklyn-born newlywed Dr. Ruslan Manashirov and his bride Nicole Dorian-Manashirov, who tied the knot on May 2, just eight weeks before the tragedy.

“It was a beautiful wedding and they were just starting their lives,” Ruslan’s brother, Valery Manashirov, previously told WABC-TV.

The couple had just moved to the beachside condo complex in April and hosted a housewarming party in their seventh-floor unit, he said.

Valery Manashirov said that it “felt like a bad dream” when the family saw news reports of their loved ones’ new home collapsed, with his parents rushing to Florida while awaiting news.