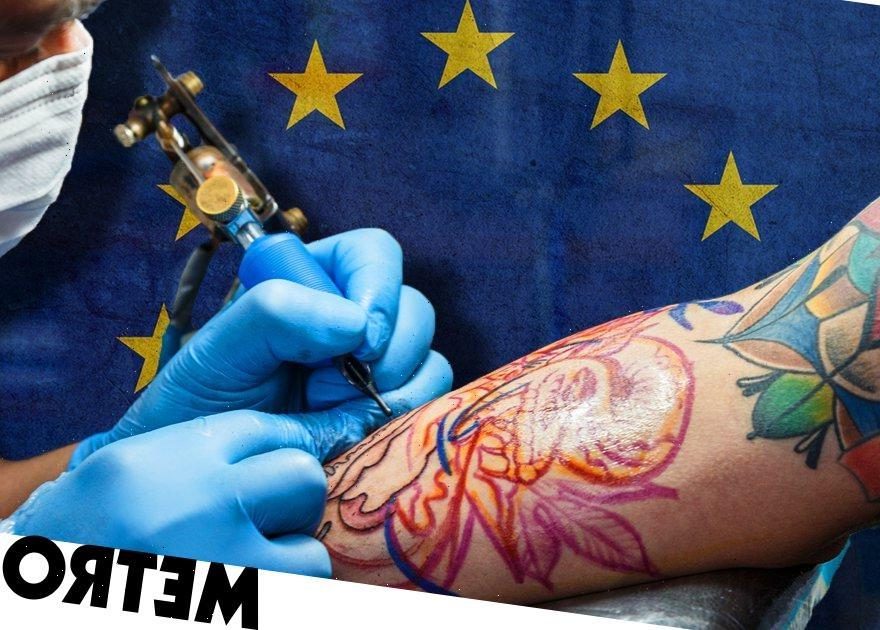 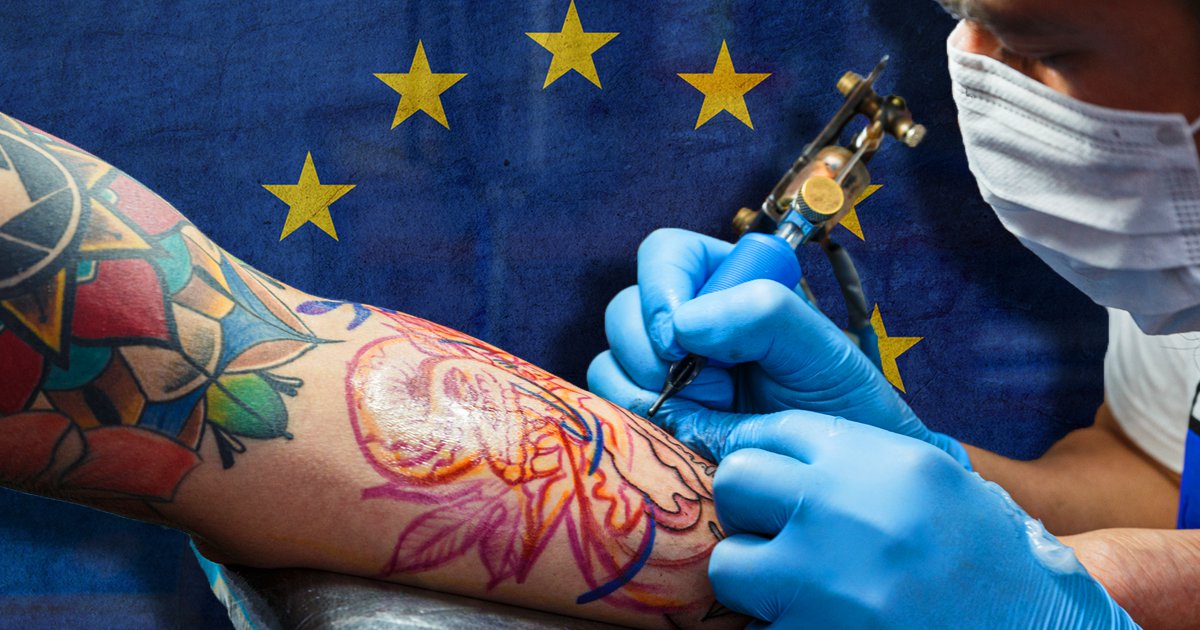 Tattoo artists in the EU will not be allowed to use coloured ink from Tuesday, January 4, onwards.

The regulatory body said the chemicals – some of which are already banned in products applied on top of the skin – can cause ‘cancer or genetic mutations’.

But REACH insists ‘the aim is not to ban tattooing but to make the colours used in tattoos and permanent make-up safer’.

Ink suppliers were given until January 4 of next year to find different, REACH-approved chemicals to create the same colours.

But tattoo artists say suppliers have been slow on making any progress, making it harder for many people to get colourful tattoos.

Belgian artist Marjorie Petit, who helps run the Duck Art Tattoo parlour in Mechelen, said she has to turn away clients asking for colourful sleeves because she does not know when she will have a ‘good replacement’ for coloured ink.

She told Politico: ‘We now every week get messages from manufacturers that they’re working on it, but the communication about that is not quite transparent. So they say it’s coming, it’s coming… But when?’

Similarly, the founder of the Funestik Tattoo Mania parlor in Brussels, Fabrizio Funelli, had to rush a colourful sleeve he has already started for a regular client.

The pair had to pause their project when coronavirus lockdowns forced parlours to shut and now they have limited time left with the tools they need.

People are particularly distressed about losing access to Pigment Blue 15:3 and Pigment Green 7. A petition to ‘save the pigments’ has more than 175,000 signatures.

REACH has given ink suppliers more time – up until January 4, 2023 – to come up with alternatives for these two pigments.

But supporters believe a ban, whenever it takes effect, ‘would have a lasting negative impact on the economic competitiveness of European tattooists and pigmenters vis-à-vis providers outside the EU, and would seriously jeopardize the very existence of this profession’.

There are also worries that people who want coloured tattoos will end up turning to ‘backyard artists’ who offer tattoos illegally.

But REACH hopes ink manufacturers will be able to substitute the ‘hazardous’ products before that happens.

It is important to note that scientists have not yet come to a consensus about a direct link between tattoo ink and cancer.

Whilst some chemicals in tattoo ink has been proven to be carcinogenic (meaning they have the capacity to cause cancer), some reports have classified this as ‘coincidental’.

Nevertheless REACH’s investigation – which started in 2015 – ended in a recommendation to ‘make tattoo inks safer’.