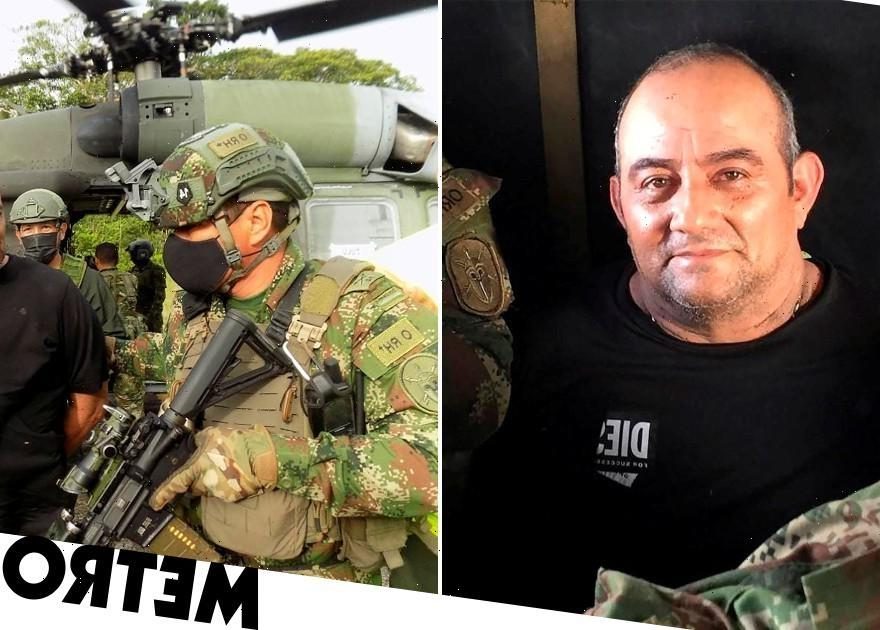 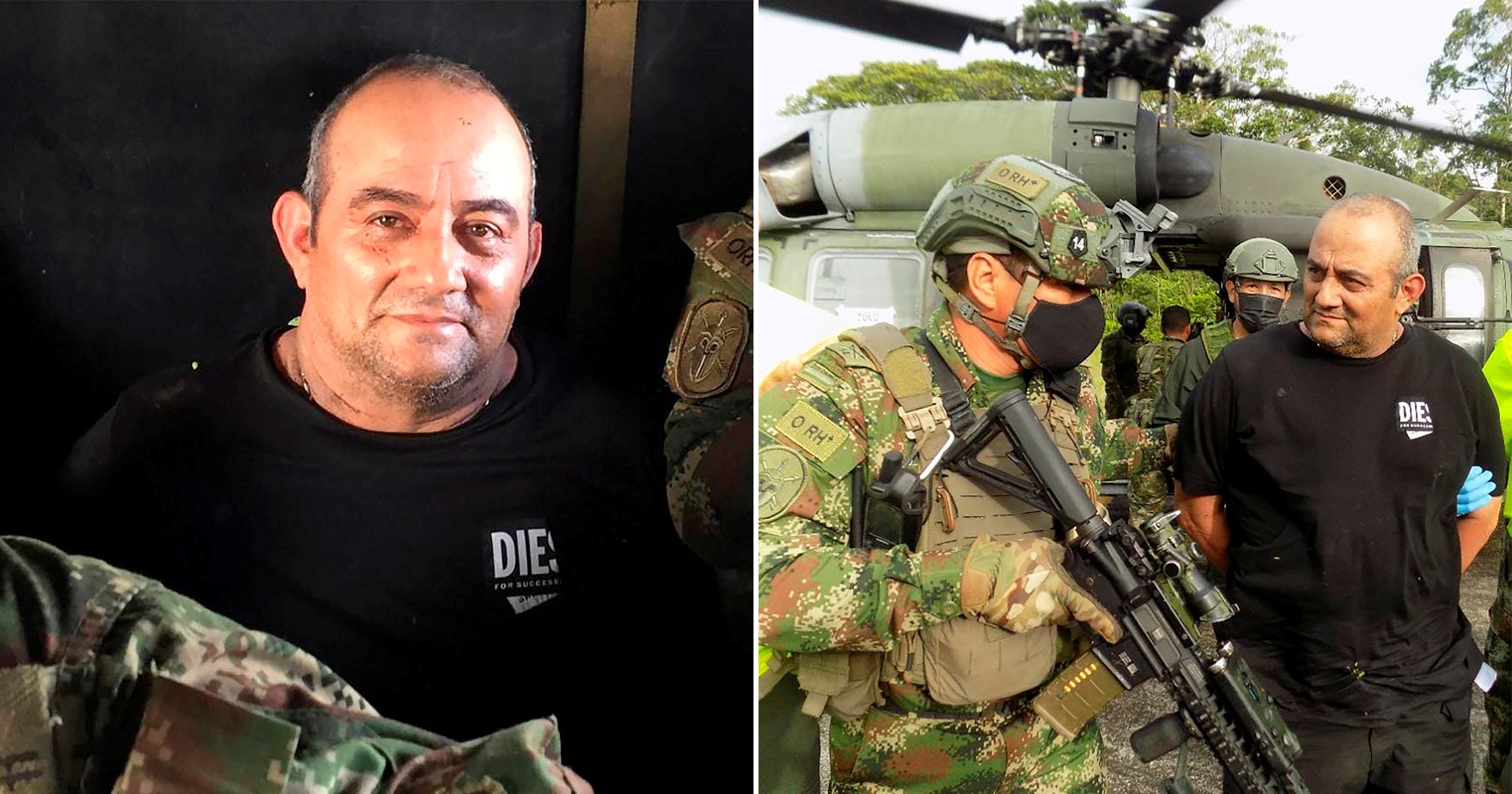 One of the world’s most wanted drugs trafficker has finally been captured in an incident compared to the arrest of Pablo Escobar.

Security forces in Colombia caught up with Dairo Antonio Usuga after he evaded imprisonment for more than a decade.

The Colombian military had presented Usuga, better known as ‘Otoniel’, to the media in handcuffs and wearing rubber boots preferred by rural farmers.

President Ivan Duque had likened the arrest to what happened three decades ago to Escobar, in a notorious incident which brought down one of the most famous drugs barons of all time.

Authorities said intelligence provided by the US and UK led more than 500 soldiers and members of Colombia’s special forces to Usuga’s jungle hideout in Necocli, Antioquia department, which was protected by eight rings of security.

He is accused of avoiding imprisonment by corrupting state officials and aligning himself with combatants on the left and right.

Usuga is the alleged head of the much-feared Gulf Clan, whose army of assassins has terrorised much of northern Colombia to gain control of major cocaine smuggling routes through thick jungles north to Central America and onto the US.

He was first indicted in 2009 on narcotics charges and for allegedly providing assistance to a far-right paramilitary group designated a terrorist organisation by the US government.

Since the Manhattan federal court indictment, he has long been a fixture on the US Drug Enforcement Administration’s most-wanted fugitives list.

Like many of his gunmen, he’s also cycled through the ranks of several guerrilla groups, most recently claiming to lead the Gaitanist Self Defence Forces of Colombia, after a mid-20th century Colombian leftist firebrand.

His arrest will be a boost for the conservative Mr Duque, whose law-and-order rhetoric has been no match for soaring production of cocaine.

But the arrest of Escobar did not end Colombia’s troubles with drugs and it is unclear what the latest incident will mean for the South American country’s future.

Land dedicated to the production of coca – the raw ingredient behind cocaine – jumped 16% last year, bringing it to a level unprecedented in two decades of US eradication efforts, according to a White House report.