Facebook has banned the sharing or viewing of our news articles on its platform. For independent journalism straight from the source, download our app and sign up to our newsletters.

Victoria has overtaken NSW as the state with the highest proportion of cocaine users in the country after two new reports showed a surge in the drug’s popularity. 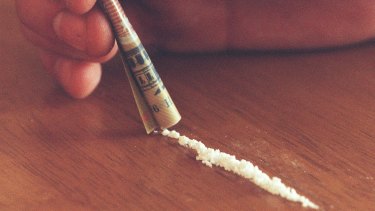 Cocaine use has risen most among young men. Credit:Fiona-Lee Quimby

Those findings were supported by wastewater analysis from the Australian Criminal Intelligence Commission (ACIC), which found Victorians ingested 1.2 tonnes of cocaine in 2019-20, an 80 per cent increase on 2016-17.

While the proportion of people self-reporting cocaine use in Melbourne is higher than in Sydney, NSW still accounts for more than half of the nation’s estimated cocaine use, according to the ACIC study, consuming three tonnes in 2019-20.

More than 98 per cent of cocaine users were aged between 20 and 49, and men were more likely to report use than women

Despite the increase in use, cocaine accounted for fewer than 3 per cent of all drug offences charges in Victoria in the past year.

Cocaine, a stimulant which is usually snorted by users, was second only in popularity to methylamphetamine among illicit substances tracked in the ACIC report.

“Some have come to treatment due to the cost of purchasing cocaine, having already exhausted their superannuation to maintain usage patterns.”

Victorian Alcohol and Drug Association executive officer Sam Biondo said the COVID-19 pandemic had a profound impact on the state’s illicit drug market, and there had been a marked increase in people presenting with daily cocaine use.

“We noticed a dramatic increase in cocaine use and cocaine presentations; in some regions it is now the second most prevalent drug of concern among people engaging in treatment. Other regions have a greater prevalence of ice, others GHB,” he said.

“Some have come to treatment due to the cost of purchasing cocaine, having already exhausted their superannuation to maintain usage patterns.”

The authors of the ACIC report said the pandemic only briefly affected the detected levels of cocaine in April.

“Since then, use has mostly returned to pre-COVID levels or has increased, including in Victoria with its extended lockdown,” the authors wrote.

The ACIC report drew information from wastewater samples taken from 11 sites in Victoria in August last year, including two in Melbourne and nine in regional areas. The report noted that cocaine use was lower in regional areas.

The National Drug and Alcohol Research Centre report brought together multiple data sets to determine cocaine trends, showing an increase in availability, prevalence of use, and hospitalisations in Australia.

Seven per cent of Victorian males aged over 14 reported recent cocaine use in 2019, according to the National Drug Strategy Household Survey, up from 3.2 per cent in 2016.

Victoria overtook NSW for having the most cocaine users as a proportion of the population, with 5.2 per cent compared to 5 per cent. Nationally, 4.2 of Australians said they had used cocaine recently. 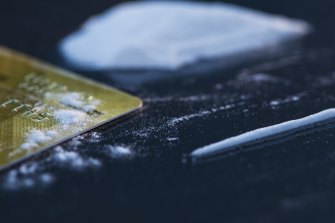 Despite an increase in the number of individuals using cocaine, frequency of use remained relatively low: only 16.8 per cent of users took the drug once a month or more (up from 10.1 per cent in 2016).

“Cocaine prices in Australia are among the highest globally, which may explain why the frequency of use remains low despite increased availability,” said the study’s lead author, Dr Amy Peacock.

Last year, there were 1583 drug trafficking offences relating to methylamphetamine and 953 relating to cannabis, but just 315 for cocaine, according to Crime Statistics Agency data.

The drug made up just 2.8 per cent of all drug possession offences in Victoria in same period.

Underworld sources say the pandemic was a boom time for drug dealers, when demand became even stronger as casual users sought entertainment and escape during the gruelling lockdown.

The lockdown and travel restrictions led drug traffickers to increasingly turn to delivery services, with cash and cocaine exchanged via mailbox drops or in the busy streets around retailers that were allowed to remain open.

The volumes of cocaine and marijuana available were not affected by the heightened public safety restrictions, the sources said, saying street-level price of the drug per gram remained relatively steady at $300 to $400 depending on quality.

Another source with knowledge of the Melbourne drug trade said that COVID-19 restrictions had contributed to a price increase from $200,000 to $300,000 per kilogram, which was affecting purity.