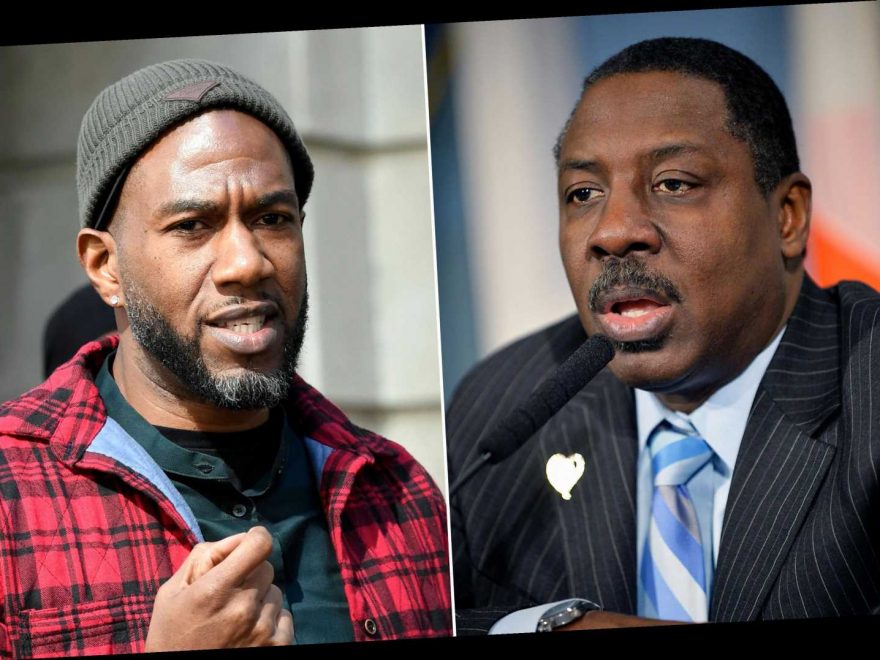 A group backing the removal of safety agents from city schools jumped to Pubic Advocate Jumaane Williams’ defense this week in his ongoing feud with union chief Greg Floyd.

“We unequivocally condemn Local 237 President Gregory Floyd’s attack on Public Advocate Jumaane Williams for advocating on behalf of the youth who have been harmed at the hands of school police,” said a coalition of progressive youth groups and other organizations called Dignity in Schools.

Floyd, who opposes handing the school safety reins to the DOE, has pushed back on WIlliams’ characterization of his membership being prone to student abuse.

The confrontation spiraled this week when Floyd broached Williams’ prior brush with the law and demanded that he unseal records related to a 2009 domestic incident.

Arguing that Floyd’s offensive was made in “bad faith,” Dignity in Schools contended that “a vast majority of New Yorkers” support removing any NYPD role in city schools and that the “racial justice uprisings” over the summer have only deepened that position.

Williams advocated for that shift at a City Council hearing last month. While he said that he didn’t want to paint all agents “with the same brush,” he asserted that “many students report verbal, physical, and sexual abuse that have been committed at the hands of school safety agents.”

Floyd pressed Williams to document that claim after the meeting and later brought up the Public Advocate’s NYPD case as the clash escalated.

Dignity in Schools cited NYPD statistics that showed 67 student complaints against agents in 2020 in backing Williams’ portrayal — while asserting that many cases also go unreported.

“Public Advocate Williams is taking a stand for students because he has listened to their stories of outright abuse by school police, and of the pervasive culture of criminalization their presence creates,” they said. “We call on Mr. Floyd to stop deliberately ignoring the testimony from young people and educators attesting to this abuse.”

Floyd has resisted the characterization of school safety agents as a hostile force.

Manhattan Councilwoman Helen Rosenthal likened the agents to a “paramilitary” force in light of their NYPD affiliation and said they had no place in schools.

Queens Councilman Daneek Miller — a parent of five city public school students — said the notion of their removal was “absurd” and that they were seen by kids as familiar mentors rather than alien menaces.

Floyd echoed that theme this week, arguing that the removal of school safety agents would in effect excise a largely minority group from DOE buildings and replace them with a far whiter population of guidance counselors and social workers.

But Williams has repeatedly stressed that any school safety agent rendered jobless by the shift in school security duties should be given an alternative position along with any training required.

Asked about the 2020 complaints against his members, Floyd argued that they were unsubstantiated.

“These should be investigated,” he said. “But there are 1.1 million children in our school system. You have this small number of complaints compared to the overall school system. And there are a number of children who may have gotten out of line and may have had interaction with school safety. This number does not support their claims.”

Floyd maintains that school climate and safety would deteriorate if the DOE handled security.

But Dignity in Schools and Williams have both asserted that agent presence — along with metal detectors — create a criminalized and demoralized atmosphere in city schools and that resources should be routed elsewhere.

“Let us be clear: for New York City to offer a just education to every student — and especially to the Black, brown, and immigrant students who are consistently targeted by SSAs (school police)— we need entirely police-free schools,” the group said.