Man curses out CNN reporter while she’s live on air

Outgoing CNN anchor claims network too male-dominated: ‘Surrounded by a lot of dudes’

A CNN staffer admitted in a secretly recorded video that his network produced “propaganda” to oust former President Donald Trump during the 2020 presidential election — and bragged about their success.

Charlie Chester, a technical Director at the cable network, was filmed by Project Veritas during a series of fake Tinder dates as he explained how they “got Trump out” of office.

“Look what we did, we [CNN] got Trump out. I am 100​ percent going to say it, and I 100​ percent believe that if it wasn’t for CNN, I don’t know that Trump would have got voted out,” Chester said, adding that he came to work at CNN because he ​​”wanted to be a part of that.”

“Our focus was to get Trump out of office, right? Without saying it, that’s what it was.”

Chester explained how they overdramatized Trump health issues by bringing in medical experts.

“[Trump’s] hand was shaking or whatever, I think. We brought in so many medical people to all tell a story that was all speculation – that he was neurologically damaged, and he was losing it. He’s unfit to – you know – whatever. We were creating a story there that we didn’t know anything about. I think that’s propaganda,” he said.

Asked by the ​sleuth if he and CNN were concerned with Joe Biden’s health during the election, Chester said the network had that in mind.​

“Showing him jogging is obviously deflection of his age and they’re [CNN] trying to make it like, ‘Oh, I’m healthy,’” Chester said.

“We would always show shots of him [Biden] jogging and that [he’s] healthy, you know, and him in aviator shades. Like you paint him as a young geriatric​,” Chester replied.

A source close to CNN said Project Veritas targeted Chester through the dating app Tinder because his profile mentioned he worked at CNN, according to Mediaite.

The Project Veritas employee, who was not identified and claimed to be a nurse, went on five dates wearing a wire, including the final one at a coffee shop in Chester’s neighborhood. It’s unclear when the dates took place.

Chester told his “date” he would be fine with it if Biden died, because he thought Vice President Kamala Harris is “f—ing real.”

“I had so many arguments about, like — my dad would be like, ‘You’re, you know, you’re voting in Kamala Harris because he’s going to die in the presidency,” Chester told the woman. “And I’m like, ‘He’s not going to f—ing die.’ But I’m OK with that. I’m OK with that. She probably could be a b—h in, like, a board meeting, and you’d hate her as a boss, but she’s f—ing real, and better than what we got regardless.”

Chester was asked if CNN covered Biden tripping as he walked up the stairs.

“But you talk about that briefly. You don’t make that a huge story,” he said.

Biden was criticized during the late summer and early fall of 2020 for limiting public appearances as part of his safety precautions for the coronavirus pandemic.

He consulted with his campaign officials and participated in interviews from a studio he had constructed in the basement of his Wilmington, Del., home.

During one of the meetings with his “date,” Chester talked about how CNN also targeted anti-Trump voters by focusing on climate change, adding “fear sells.”

“I think there’s a COVID fatigue. So, like whenever a new story comes up, they’re [CNN’s] going to latch onto it. They’ve already announced in our office that once the public is — will be open to it — we’re going to start focusing mainly on climate,” Chester said.

“It’s going to be our [CNN’s] focus. Like our focus was to get Trump out of office, right? Without saying it, that’s what it was, right? So our next thing is going to be climate change awareness​,” he added.

“I don’t know. I’m not sure. I have a feeling that it’s going to be like, constantly showing videos of decline in ice, and weather warming up, and like the effects it’s having on the economy​,” Chester said.

​Asked who makes that decision, he said the “head of the network,” referring to Jeff Zucker.

“I imagine that he’s got his council and they’ve all like, discussed, like where they think​,​”​ he said​, trailing off.

He then said the new focus would be on a ​​”p​andemic-like story that we’ll beat to death, but that one’s got longevity.​”

“​Like there’s a definitive ending to the pandemic. It’ll taper off to a point that it’s not a problem anymore. Climate change can take years, so they’ll [CNN will] probably be able to milk that quite a bit,” he said.​ 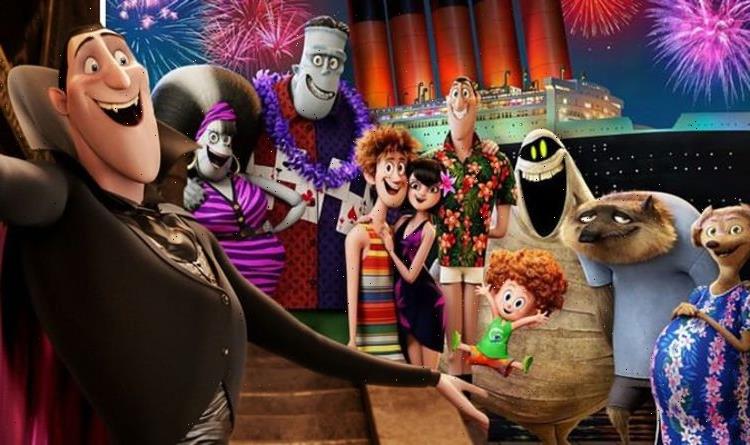