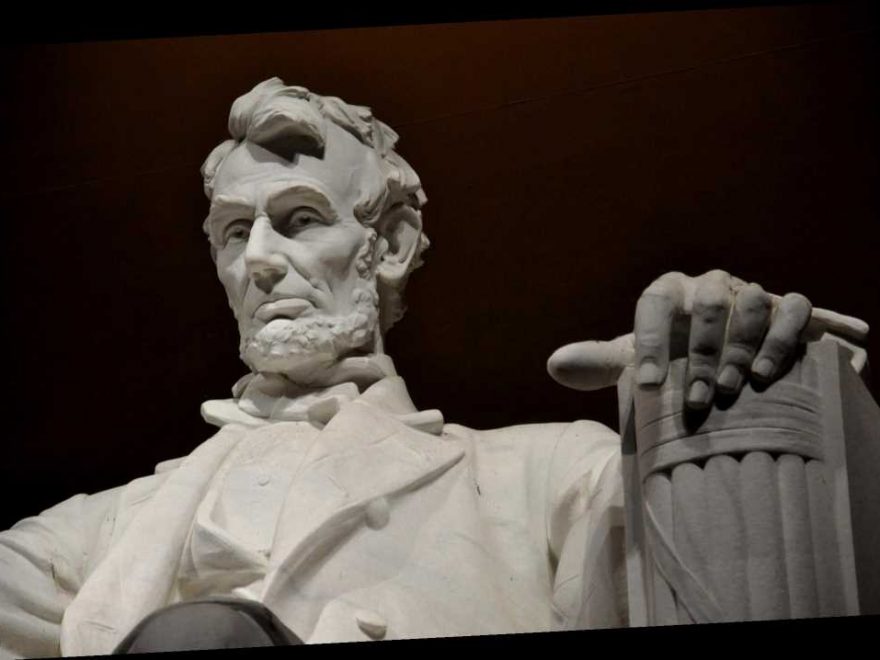 CNN is accused of pushing “clickbait conspiracy theories” with its deep dive into whether Abraham Lincoln was a racist — and concluding that the answer is “complicated.”

The lengthy “analysis” was published Sunday under the headline “Did Black lives matter to Abraham Lincoln? It’s complicated” and penned by enterprise reporter John Blake.

It delves into the 16th president’s “complex and evolving” legacy, noting that in recent years Honest Abe’s perception of black and Native Americans has been called into question.

“If some of Lincoln’s public utterances about Blacks were retweeted today, he would have been canceled on social media and likely run out of office,” Blake writes in the article, which coincides with a six-part podcast series on Lincoln’s legacy.

The piece was bashed by political satirist Tim Young, who accused the network of trying to save its dwindling viewership since former President Trump left office by finding “a new boogeyman.”

“CNN is officially jumping the shark with this new take that Lincoln was a racist — which is the final nail in the coffin for them being able to call themselves a news organization — now they’re just clickbait conspiracy theories,” Young told Fox News. “Anything for a buck, including calling the president who ended slavery racist. Way to prove why no one should ever believe a thing that’s ever on your network.”

Blake’s piece examines “why some say Lincoln was a racist” — noting that the president who abolished slavery in 1863 “used the N-word and told racist jokes.”

“But in some circles, ‘Honest Abe’ is increasingly becoming Racist Abe,” Blake writes.

“He once said that Black people were inferior to Whites and he liked minstrel shows. He proposed ending slavery by shipping willing Black people back to Africa.”

Statues of Lincoln have been toppled or removed in cities including Portland and Boston, while the San Francisco school board recently voted to scrub Lincoln’s name from a school over his treatment of Natives before backtracking, the article notes.

But the article also offers views on why Lincoln wasn’t a racist, noting that he was the first commander in chief to invite black people to the White House and his friendship with abolitionist Frederick Douglass.

One leading historian on Lincoln and the Civil War told Blake said he’s never described the former president as a “racist” but said he did share “some of the prejudices of his time.”

“Was Lincoln an anti-racist? No, not really,” Eric Foner says in the piece. “Was he an egalitarian in the modern sense? No. Race was not a major concern of Lincoln. He didn’t think about race about very much. To ask if he’s a racist is the wrong question. And if you ask the wrong question, you’re going to get the wrong answer.”

“CNN isn’t satisfied trying to destroy the Party of Lincoln, now the network and its leftist buddies want to destroy Lincoln himself,” Gainor told Fox News. “This isn’t just historical revisionism. This is a complete rewrite of history by radicals who want to embrace the anti-American lunacy of The New York Times 1619 Project.”