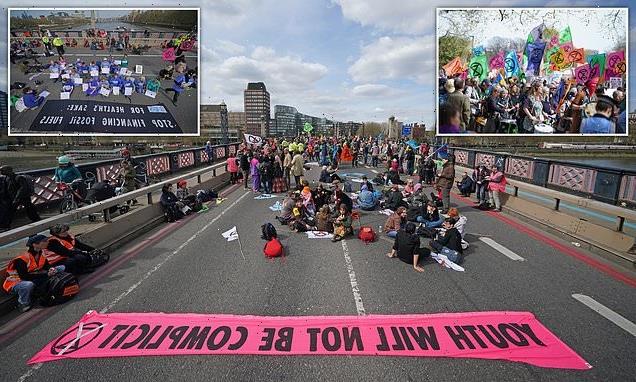 ‘Extinction Rebellion started from 10am that morning. Approximately 200 to 300 were marching and split between Vauxhall bridge and London Bridge,’ said prosecutor Aaron McCalister.

‘Both bridges were blocked. These are critical transport infrastructure links into London.’

Access to both the London Fire Brigade Headquarters and St Thomas’s Hospital were blocked. 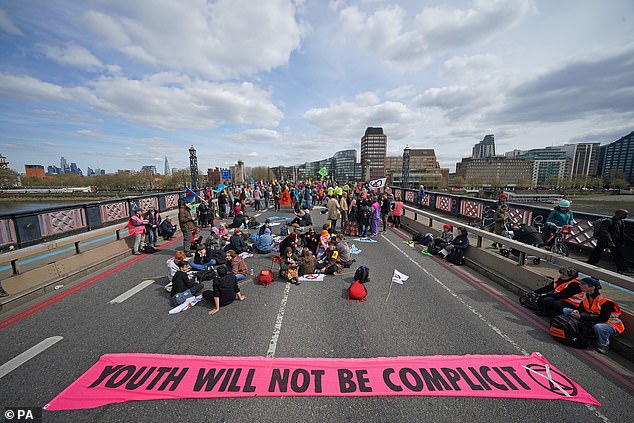 Extinction Rebellion climate activists who brought London to a standstill earlier this year will not be able to rely to the Human Rights Act to avoid prosecution. File photo of Extinction Rebellion protesters blocking Lambeth Bridge in central London on April 10 this year 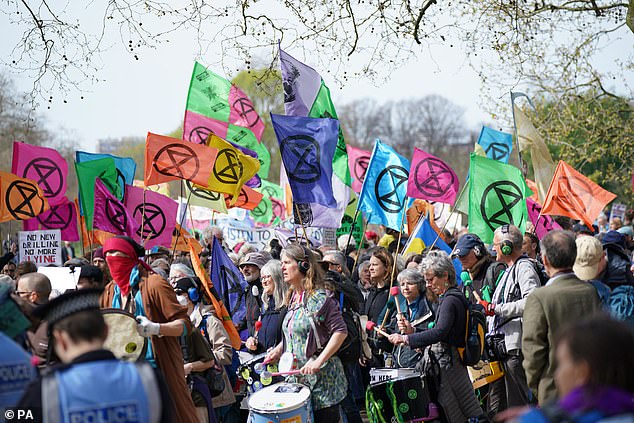 Activists sitting down on Lambeth Bridge on April 10 with a banner reading ‘FOR HEALTH’S SAKE: STOP FINANCING FOSSIL FUELS’

‘National rail and transport hubs became congested as a result. Officers had been trying to understand the intentions of the protesters to mitigate their actions. Extinction Rebellion were not forthcoming.

‘Protesters sat across all carriageways of the bridge and monopolised use of the highway to them.

‘By 16:00 hours police were operating with 92 bus routes along with other public transport infrastructure that transports 3,000 passengers per hour.’

Cooper, of Yoxall, Staffordshire, and Russell of Shrewsbury, Shropshire denied being part of a public assembly contrary to a condition not to, imposed by senior police officers.

Both said they anticipate to rely on their Article 10 and 11 freedom of expression and freedom of assembly under the Human Rights Act.

But District Judge Michael Snow gave the direction that they could not rely on the arguments.

‘The issue of proportionality conviction under Art 10 and 11 cannot be argued,’ he said. 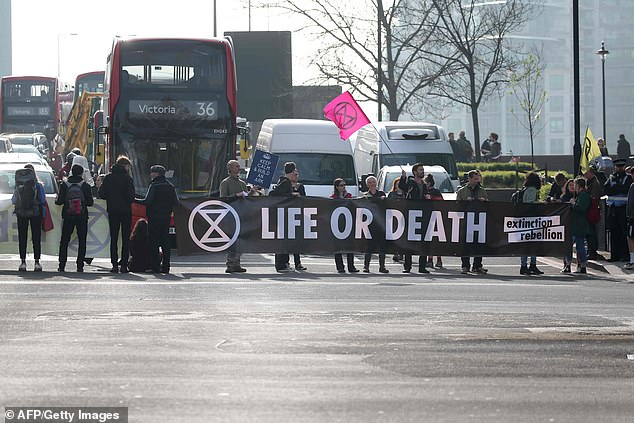 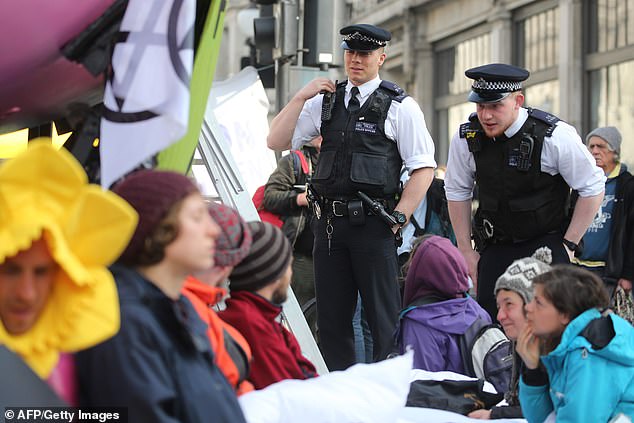 Their trial date has been set for 16 November at City of London Magistrates Court.

Luke Mallett, of Canterbury, Kent, pleaded guilty to being part of a public assembly in breach of a police condition.

He was let off with a six-month conditional discharge.

The judge told Mallett: ‘I recognise you do not take this issue frivolously… This is a serious issue of the community at large.’