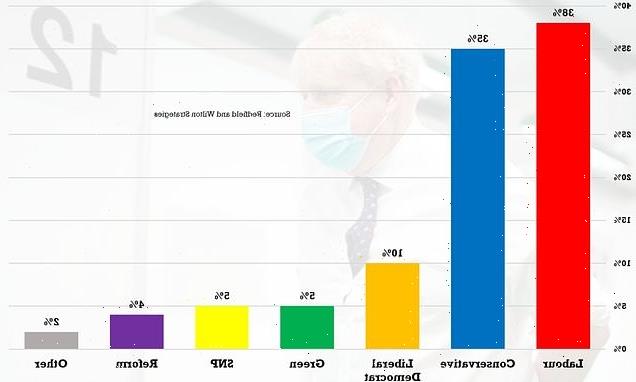 Boris Johnson’s decision not to hammer England with fresh Covid curbs over Christmas appears to have paid off with voters as Labour’s poll lead was cut by five points.

A wave of political stormfronts including claims of illicit (and possibly illegal) Christmas parties, a cost of living crisis and the Omicron wave had seen the Tories slump to eight points behind Sir Keir Starmer’s party.

But a new year poll by Redfield and Wilton Strategies shows the Conservatives have rebounded and are now just three points behind.

In a further sign of a Covid-related rebound, Mr Johnson is now seen as a better person to be prime minister than Sir Keir (37 per cent to 35 per cent) having fallen behind in December. 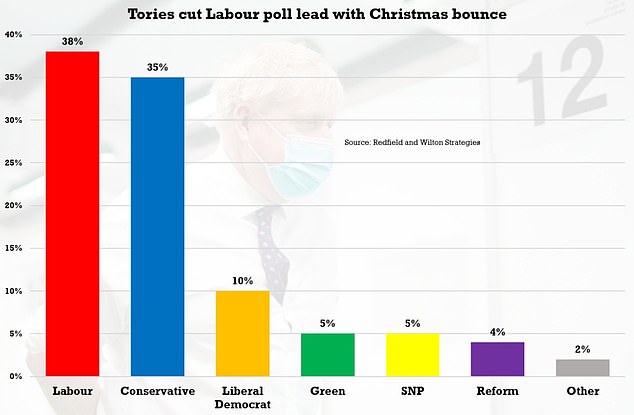 A new year poll by Redfield and Wilton Strategies shows the Conservatives have rebounded and are now just three points behind. 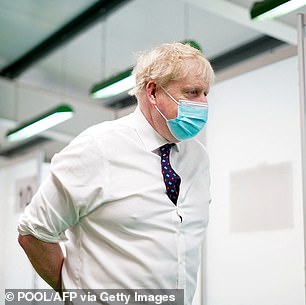 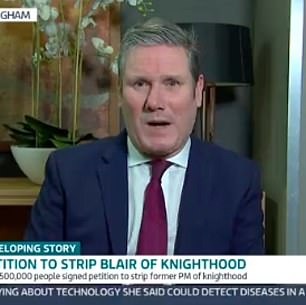 In a further sign of a Covid-related rebound, Mr Johnson is now seen as a better person to be prime minister than Sir Keir (37 per cent to 35 per cent) having fallen behind in December. 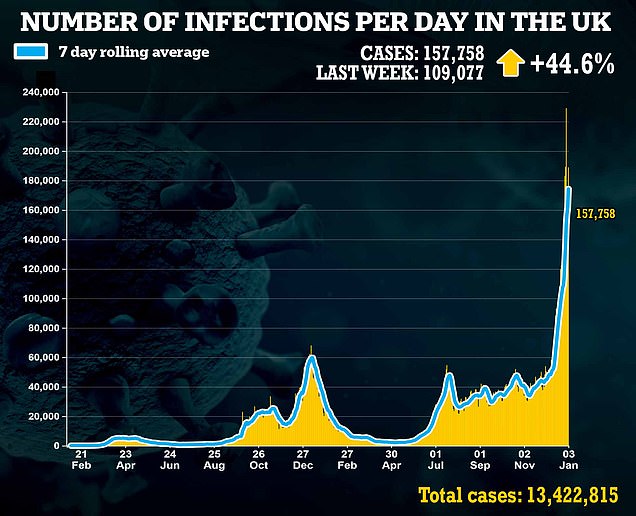 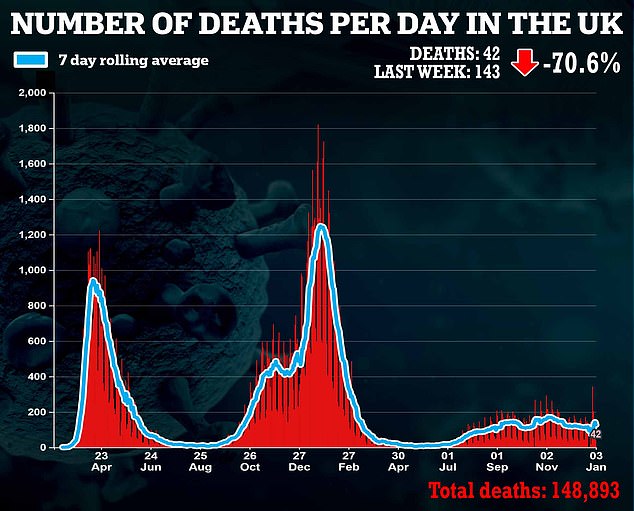 Mr Johnson declared that Christmas could definitely go ahead ‘cautiously’ on December 21.

Amid rising anger that millions of people are being left in limbo, the PM completely ruled out any further curbs being introduced before December 25.

But he gave notice that the government is still monitoring the ‘finely balanced’ situation with Omicron ‘very carefully’ and is ‘ready to take action’ afterwards if necessary.

However the Pm is under pressure today over the current restrictions in place as skyrocketing infections put pressure on health and other services.

Ministers have been told to draw up plans for bringing in the army amid fears a wave of Omicron could cripple key services and force swathes of the country into self-isolation — even though top experts believe the outbreak could be plateauing in key areas.

Departments are being asked to consider what support they might need from the military as the New Year return to work threatens to descend into chaos.

After the latest statistics showed almost 1.2million people have tested positive for Covid over the past week, NHS bosses have been sounding the alarm about spiralling staff absences, warning the crisis poses more of a problem than any uptick in hospitalisations.

School heads fear up to a quarter of their staff could be struck down this month, with unions warning a return to online teaching is inevitable for some this term — despite Education Secretary Nadhim Zahawi insisting face-to-face classes will stay the norm.

Meanwhile, employees trying to return to the office today faced skeleton rail timetables and last-minute cancellations. And businesses say they may have to shut their doors or operate shorter hours due to so many workers being in quarantine.

Rubbish bins, recycling containers and bottle banks across the country are also overflowing as councils scale back collections in response to absence levels.