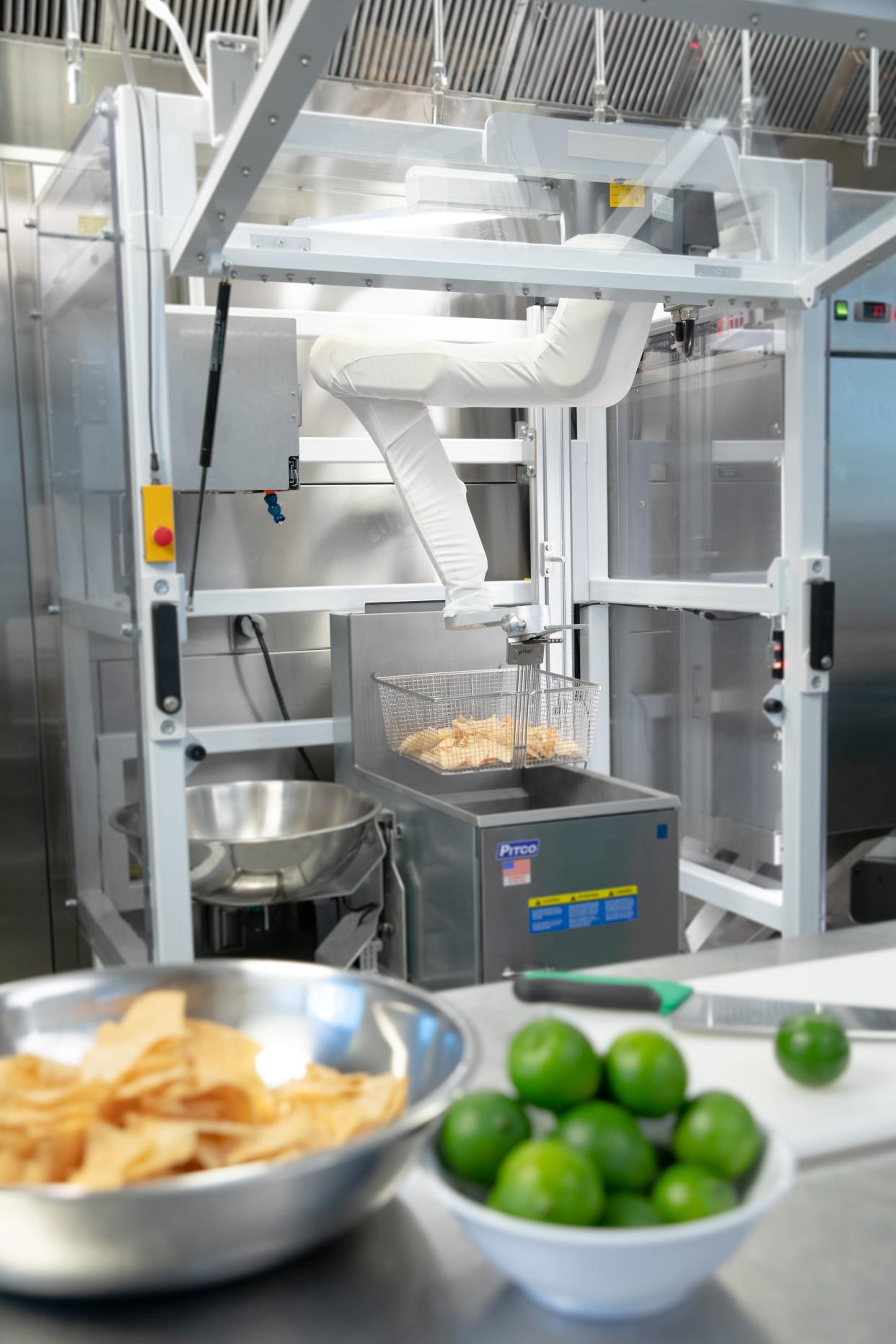 Ready to have your tortilla chips from Chipotle made by a robot?

The robot has been trained to follow the same technique for creating the chips as with human hands, Chipotle said. It includes combining corn masa flour, water and sunflower oil, cooking the chips, seasoning with salt, then adding a hint of lime juice.

"We are always exploring opportunities to enhance our employee and guest experience," Curt Garner, chief technology officer at Chipotle, said in a statement. "Our goal is to drive efficiencies through collaborative robotics that will enable Chipotle’s crew members to focus on other tasks in the restaurant."

THE FED'S FIRST RATE HIKE: How will it affect credit card, mortgage, and savings rates?

Chippy is currently being tested at the company's innovation hub in Irvine California. It will make its debut at a Chipotle restaurant in southern California later this year. The results of in-restaurant testing will help determine when Chippy rolls out nationally, the company said.

Robots have increasingly moved into restaurants as companies look for opportunities to speed up serving processes and combat growing worker shortages. For example, Richtech Robotics developed a robot called Matradee which can help staff serve food and clear tables.

There's also the New Jersey-based RoboBurger, which has developed a robot the size of a vending machine capable of making a burger from scratch by pressing a button.