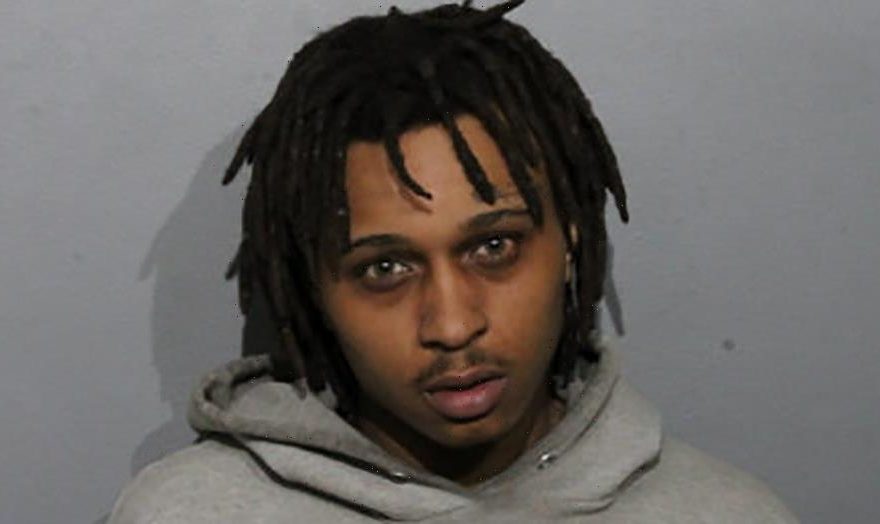 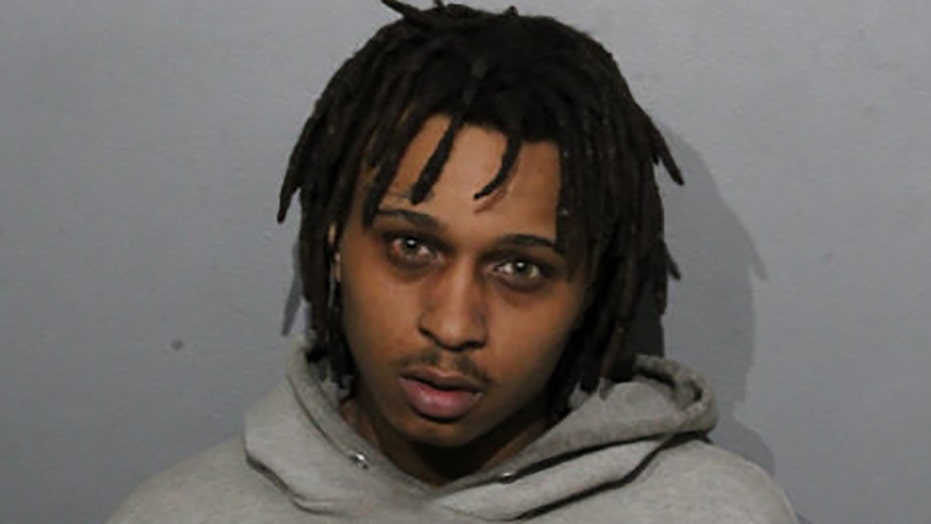 A Chicago man’s attempt to steal a designer belt from a Neiman Marcus in the city’s Magnificent Mile neighborhood was thwarted Monday after a store security guard’s dog sniffed a firearm on the suspect, authorities said.

Derrick Latham, 24, was observed on a store security camera stashing the Salvatore Ferragamo belt, worth $995, inside his jacket pocket and two belt buckles in his back jeans pocket after the guard’s canine alerted its handler to the gun Latham was carrying, according to a police arrest report.

Latham walked out of the store with the stolen merchandise and was confronted outside by store security, according to the report. 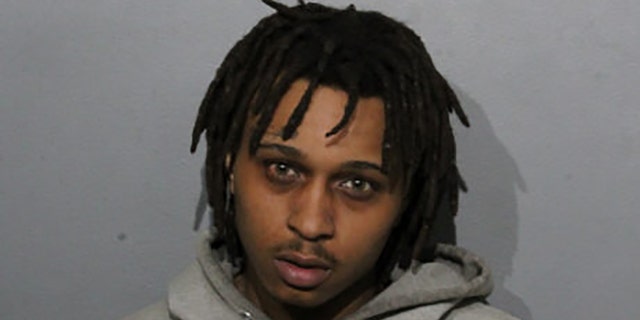 At the time of his arrest Monday, Derrick Latham, 24, was wearing an electronic monitoring device for a pending felony charge of aggravated battery of a police officer, according to court documents.
(Chicago Police Department)

The guard recovered a loaded 9mm handgun from the suspect’s waistband, along with seven rounds of loose ammunition, 16 fake $100 bills and five white pills of suspected Xanax, police said. The stolen belt and buckles Latham allegedly stole were also recovered.

Latham was arrested and booked into the Cook County Jail on charges of felony retail theft, aggravated unlawful use of a weapon with a previous conviction and possession of a controlled substance.

Latham initially denied the gun was his, telling officers he found it in the bathroom of Neiman Marcus and was going to sell it on the streets, according to the arrest report. Police said he later admitted to buying the gun and was heard on a recorded phone call in the 18th District’s processing room saying, “The caught me with my gun.”

Judge Susana Ortiz set Latham’s bail at $30,000 with electronic monitoring and no contact with the Neiman Marcus store as special conditions of bail, the Cook County State’s Attorney said.

At the time of his arrest, Latham was wearing electronic monitoring for a pending felony charge of aggravated battery of a police officer, according to court documents.