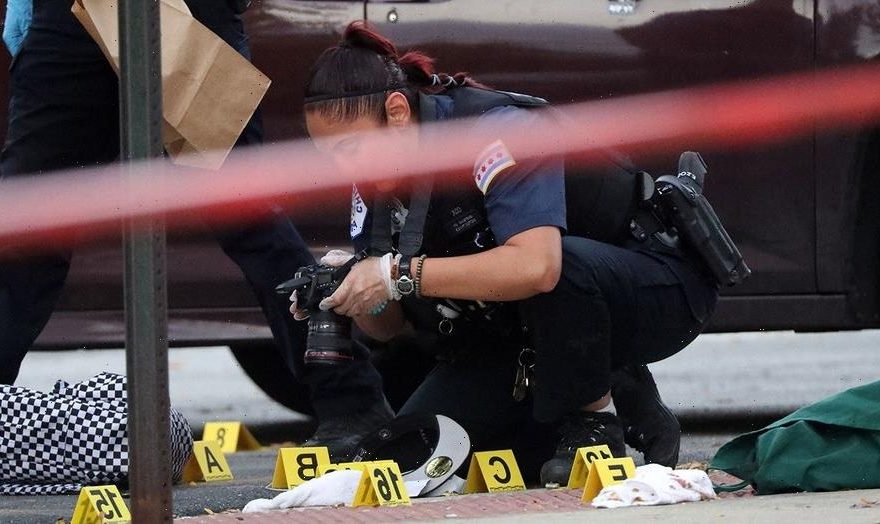 Chicago police have arrested more than 56 people on charges related to carjackings in the Windy City so far in 2022, officials said Thursday.

Chicago Police (CPD) Superintendent David O. Brown was discussing crimes committed and people who were arrested so far this year when he noted the dozens of carjacking busts for 2022 to date.

He attributed the high number of arrests to the work of CPD’s vehicular hijacking task force. Last year, the department announced it would bolster the task force, adding 40 officers and strengthening community engagement efforts.

As for the Windy City, two juveniles were charged on Jan. 4 with aggravated vehicular hijacking for an attempted carjacking, Brown said. They allegedly fled after they had trouble starting the vehicle, but the victim was able to positively identify them.

Two days later, two more people were nabbed following a separate carjacking incident in which one of the suspects ordered a victim out of their vehicle and drove off, the superintendent continued.

“We will keep the momentum going in pursuing all leads,” Brown said.

Meanwhile, CPD officers took 284 guns off the Chicago streets so far this year as of Jan. 13.

Brown began Thursday’s press conference offering by offering condolences to the families of two 14-year-olds who were shot and killed in separate incidents on Wednesday.

The first shooting happened just before 4 p.m. Police said a boy, identified by the Cook County Medical Examiner’s office as Javion Ivy, was standing on the sidewalk when he was shot twice in the chest. Chief of Detectives Brendan Deenihan told reporters Thursday morning that witnesses told police they saw two people fleeing the scene. The boy was taken to a hospital, where he was pronounced dead soon after.

Deenihan said the second boy was shot at about 8:50 p.m. in Englewood on the South Side. He said the boy was walking with a friend when someone in a dark-colored vehicle shot him in the head. The boy, identified by the medical examiner’s office as James Sweezer, was pronounced dead shortly before midnight.

Police said the second shooting happened in the same neighborhood where earlier that evening a 29-year-old woman sitting in her car was shot and killed by two males who climbed from their vehicle, walked over and opened fire before driving off. No arrests have been made in that shooting and police did not say if they believe the two slayings were related.

“I think about those two young boys, and I think about their potential,” Brown said Thursday. “They are two of Chicago’s children robbed of their futures, and it is unacceptable.”

Brown pledged that the department would “make every effort to come down hard on offenders, gangs and narcotic networks driving violence in our city.”

He had a message for criminals in the city: “Don’t think for one moment that we’re going to let you get away with this. We are going to pursue you and bring you to justice.”

Fox New’s Stephen Sorace contributed to this report, as well as The Associated Press.