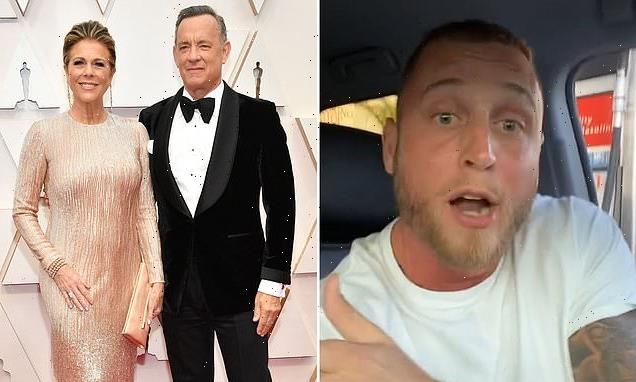 ‘Y’ain’t sticking me with that needle’: Tom Hanks son Chet urges his followers to get COVID vaccine – only to reveal he’s joking and launching into anti-vaxxer rant despite his parents contracting virus

Tom Hanks’ son Chet posted an Instagram video pretending to encourage people to have a COVID vaccine – only to then launch into an anti-vaxxer rant.

Chet – whose dad and actress mom Rita Wilson were the first big stars to catch the virus in March 2020 – posted a video, captioned ‘super important PSA,’ in which he addressed the ongoing pandemic.

He began by encouraging his followers to take action by getting the vaccine, only to quickly change his tone.

‘I suggest to all my followers, you guys, set an appointment and get the vaccine first thing — PSYCH!’ he said. ‘B***h! If it ain’t broke don’t fix it! I never had COVID. Y’ain’t sticking me with that motherf***ing needle!’ 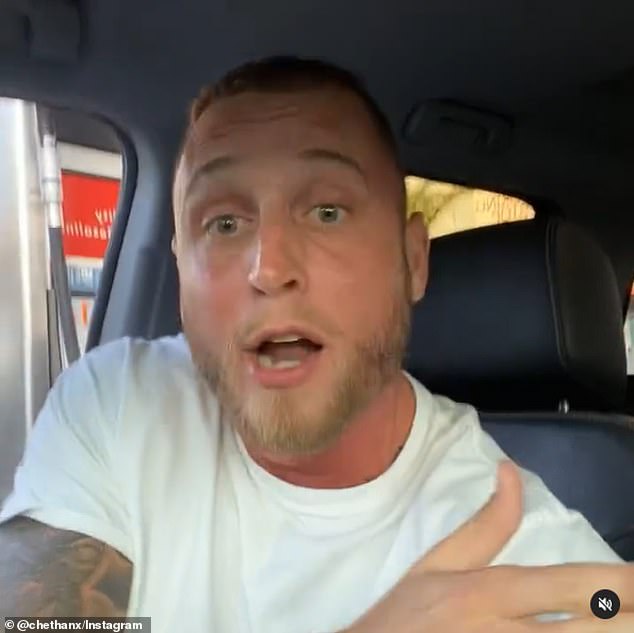 Chet Hanks, son of actor Tom Hanks, took a stance against the coronavirus vaccine on his Instagram account Monday night, despite the fact that both of his parents battled the virus 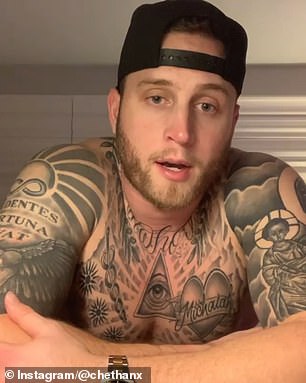 He shared a video at first encouraging his followers to get the shot before yelling: ‘PSYCH! Y’ain’t sticking me with that motherf***ing needle!’

The video began with Hank saying that Americans needed to rally together to curb the spread of the virus, especially with the Delta variant on the rise.

‘I’ve been on the fence about this for awhile, that’s why I never spoke on it, but with the amount of people I know recently that have gotten COVID, and with the numbers rising, I think it’s important for me to say I got the vaccine, I think everybody should,’ Hanks said in a convincing tone. ‘It’s really important that we all do this.’

However, about halfway through the video Hanks revealed that he believed the pandemic was a hoax, calling COVID-19 ‘the motherf***ing flu’.

The musician argued that Americans need to ‘get over it and told those who were sick or high-risk to ‘stay inside’.

Hanks’ parents, Tom Hanks and Rita Wilson, were among the first celebrities to contract COVID and publicly share their journey with the disease.

Tom revealed that he and Rita had tested positive for COVID-19 on March 11, 2020, while he was shooting the upcoming film Elvis in Queensland, Australia. That was around the time the virus was deemed a global pandemic, with the revelation coming the same night then-president Donald Trump made a nationwide address where he announced his travel ban on Europe. 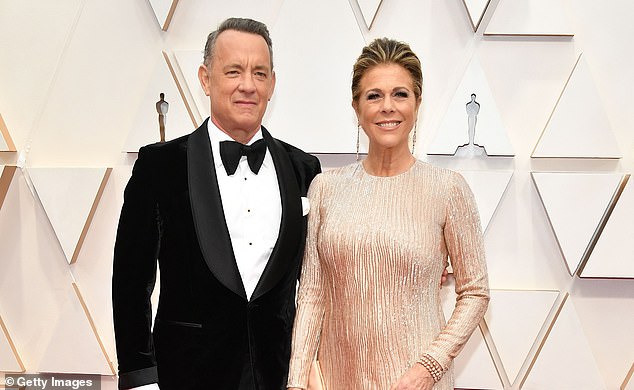 His parents, Tom Hanks and Rita Wilson, were the first high-profile people to go public and reveal they had tested positive for COVID-19

The couple were admitted to the Gold Coast University Hospital for care, and were ultimately released on March 16. They then went into quarantine for 11 days before heading back to to their home in Los Angeles where they remained in lockdown.

Hanks and Wilson both donated their blood antibodies for virus research.

As of April 2021, the couple had not yet been vaccinated against the virus, however they had both expressed that they intended to get the shot.

In 2015, Chet spoke of how he had battled cocaine addiction, and checked into rehab to deal with his problem.

Tom said at the time that he loved his son ‘unconditionally.’