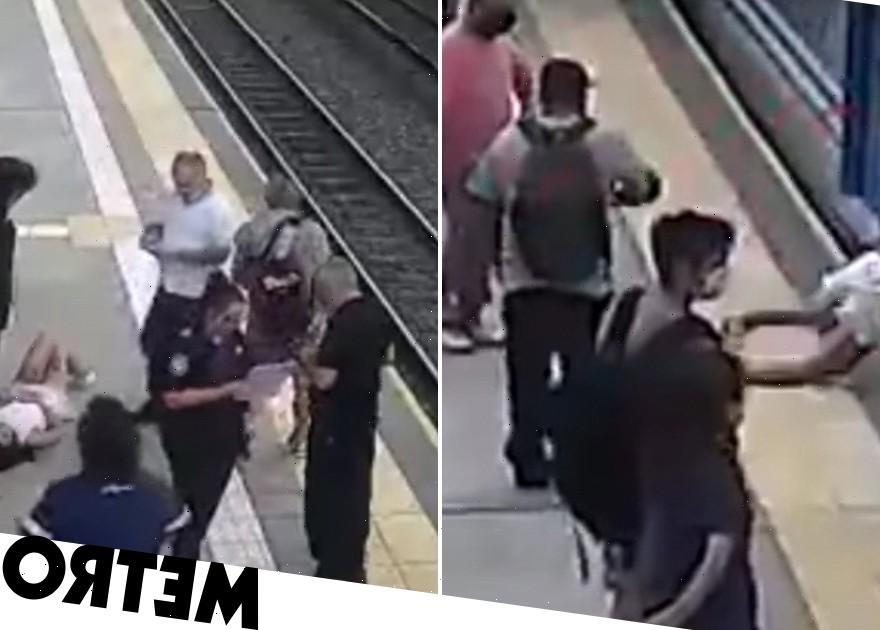 A woman who fell onto the tracks as a train pulled in is lucky to be alive after being hauled to safety by other passengers.

CCTV captured the moment the commuter passed out while standing on the platform.

She stumbled forward and through the gap between two carriages, tumbling down to the lines below.

Onlookers feared the worst after she lost her balance and disappeared under the train arriving at Independence Station in Gonzalez Catan on the outskirts of the Argentine capital Buenos Aires.

But she emerged relatively unscathed when people who witnessed the frightening incident jumped into action.

They managed to drag her back to the platform through the gap and give her medical attention while waiting for paramedics to arrive.

The woman, named only as Candela, has only just been able to seen the images for herself after being told she was out of danger and being discharged from Buenos Aires Hospital Dr Alberto Balestrini.

She told an Argentinian TV station: ‘I suffered a sudden drop in blood pressure and fainted. 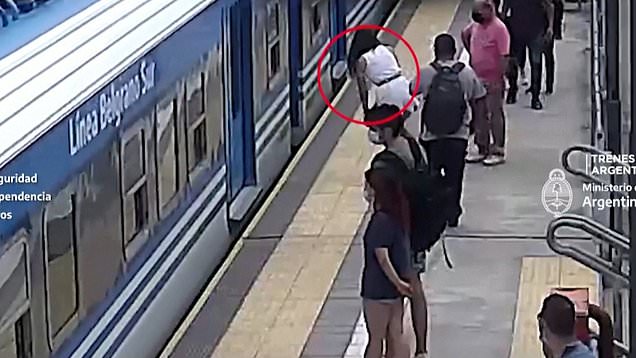 ‘I tried to warn the person in front of me but don’t remember anything else, even the moment I smashed into the train.

‘I don’t know how I’m still alive. I’m still trying to make sense of it all.’

A witness to the incident said: ‘This girl has been reborn. It’s a miracle.

‘We were waiting for the train and suddenly she fell onto the track. Amazingly it was just a scare.’