HARD-up labourer Jordan Adlard-Rogers has inherited a 1,536-acre country estate — after DNA proved he is the secret son of the dead lord of the manor.

Jordan, 31, has now moved into Penrose Estate, estimated to be worth £50million, as the heir of aristocrat Charles Rogers. He said: “I’m starting to get my feet under the table.” 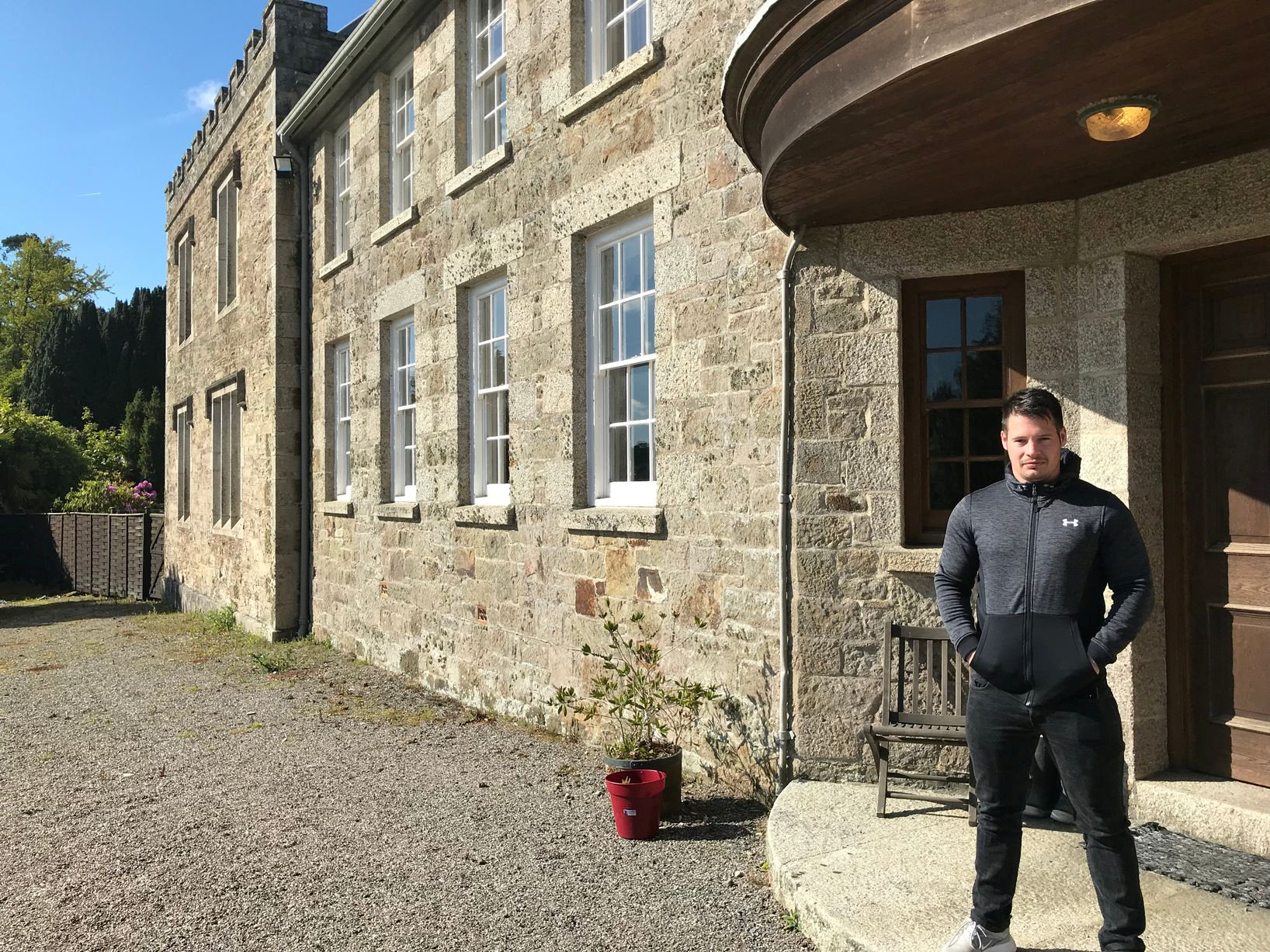 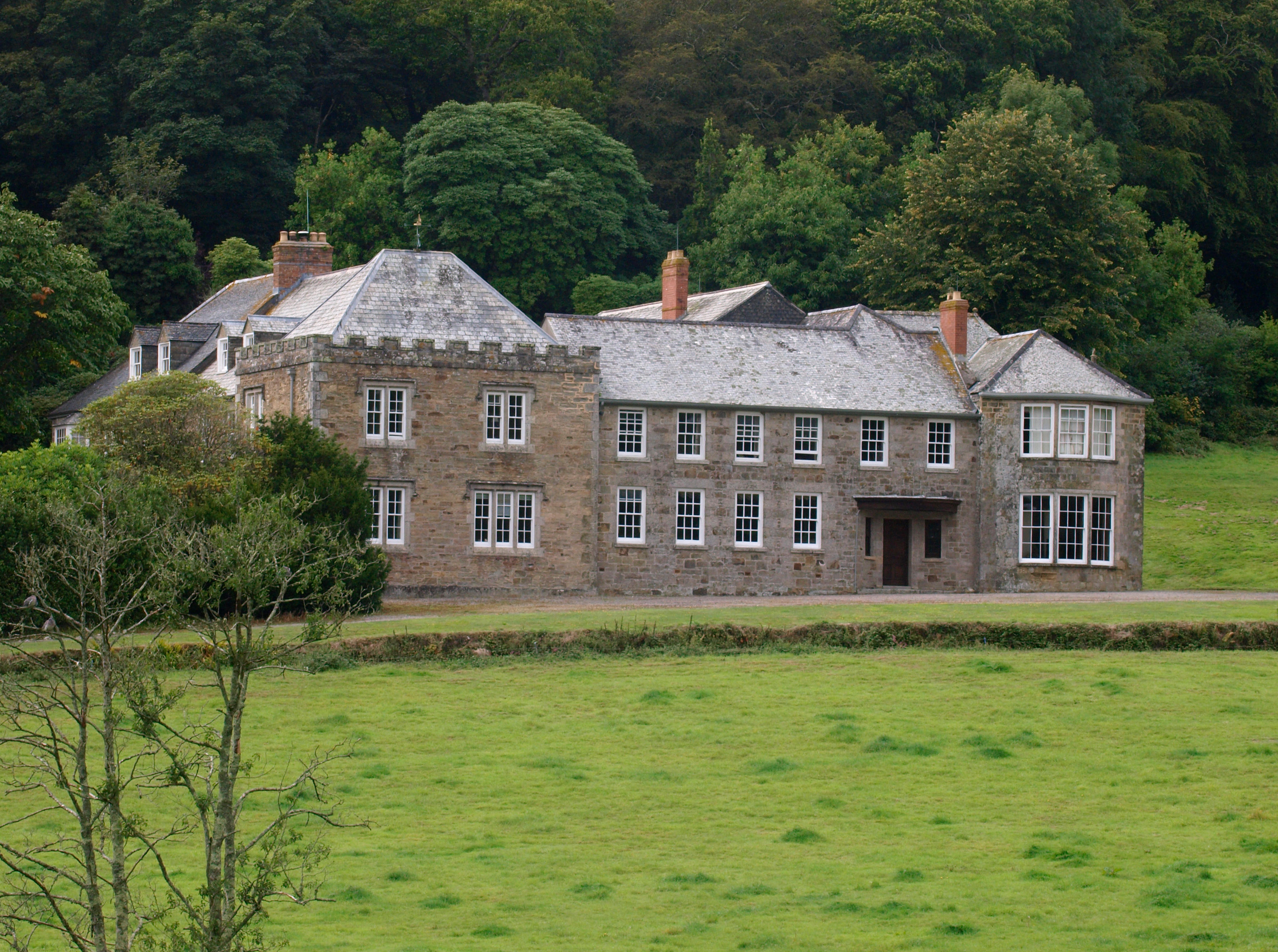 The skint labourer, who once broke his back in a trampoline stunt, has bounced back spectacularly after a DNA test proved he was the son and heir of reclusive drug addict aristocrat Charles Rogers.

Jordan had suspected for years he was Charles’ son but was only able to prove it with a DNA comparison following the lord of the manor’s death aged 62 in August.

Now he has swapped his council house for the sprawling manor and a £1,000-a-week allowance.

Jordan said: “I’m not going to forget where I’ve come from.

“I’ve been at the point of worrying about the next bill and have had a tough start in life.

“I’m now starting to get my feet under the table here.

“I don’t need to work anymore so I want to set up a charity and help the community. Now I’m here I want to help people.”

Jordan has quit his job and treated girlfriend Kate to a trip to New York.

But Jordan’s good fortune is tinged with sorrow because he never got to know his father.

He said: “People say I’m lucky but I would trade anything to be able to go back and for Charles to know I was his son. Maybe then he might have taken a different path.” 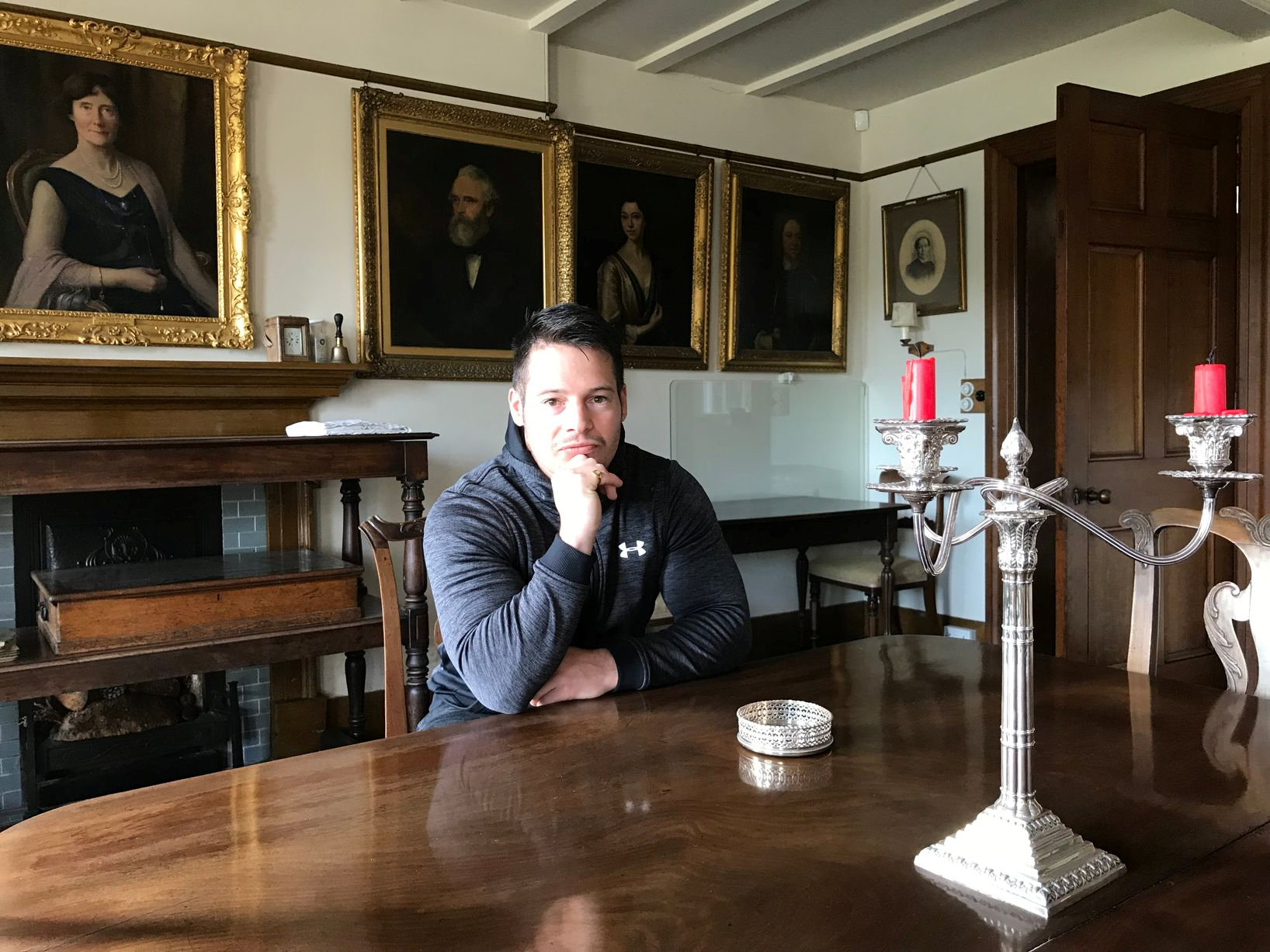 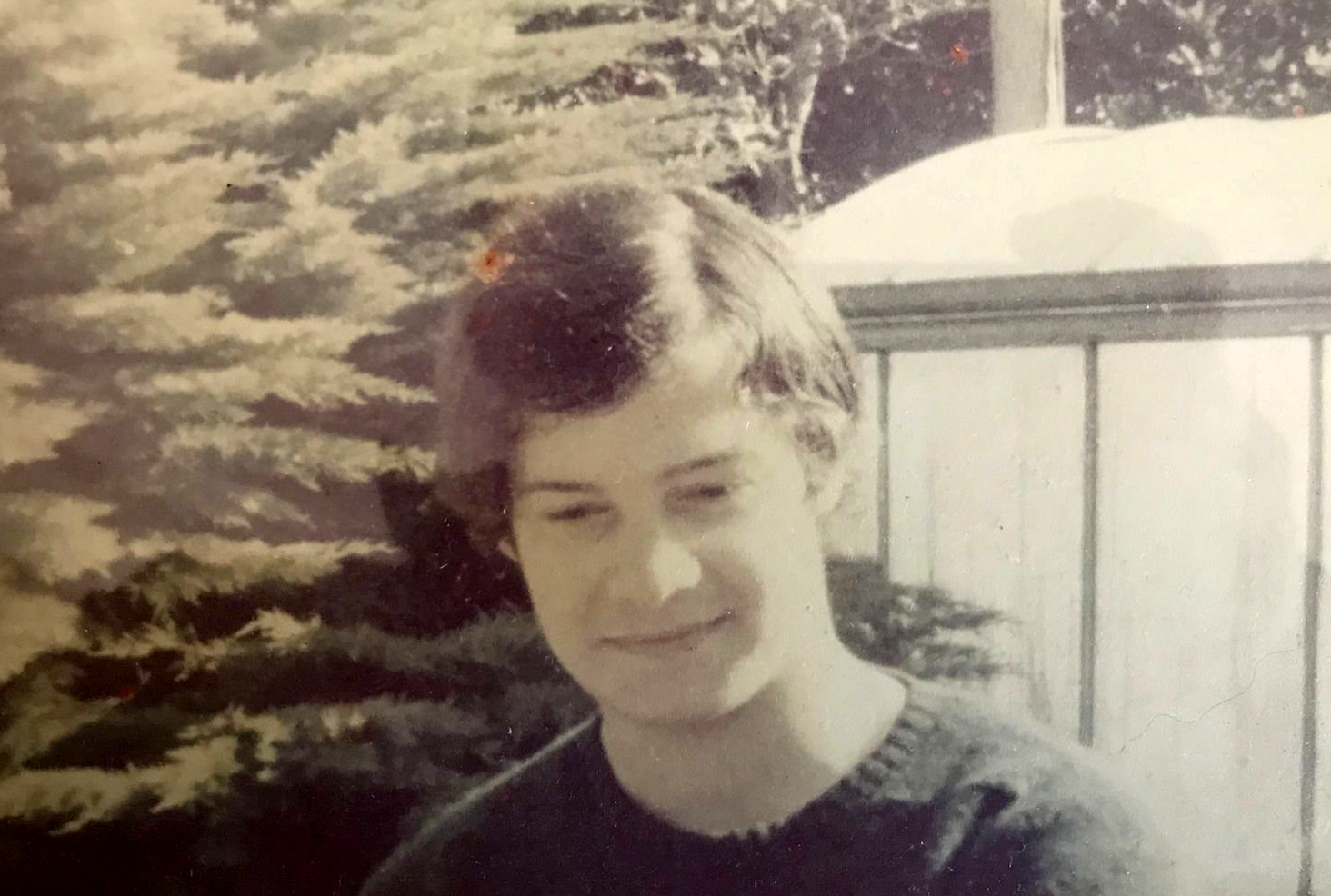 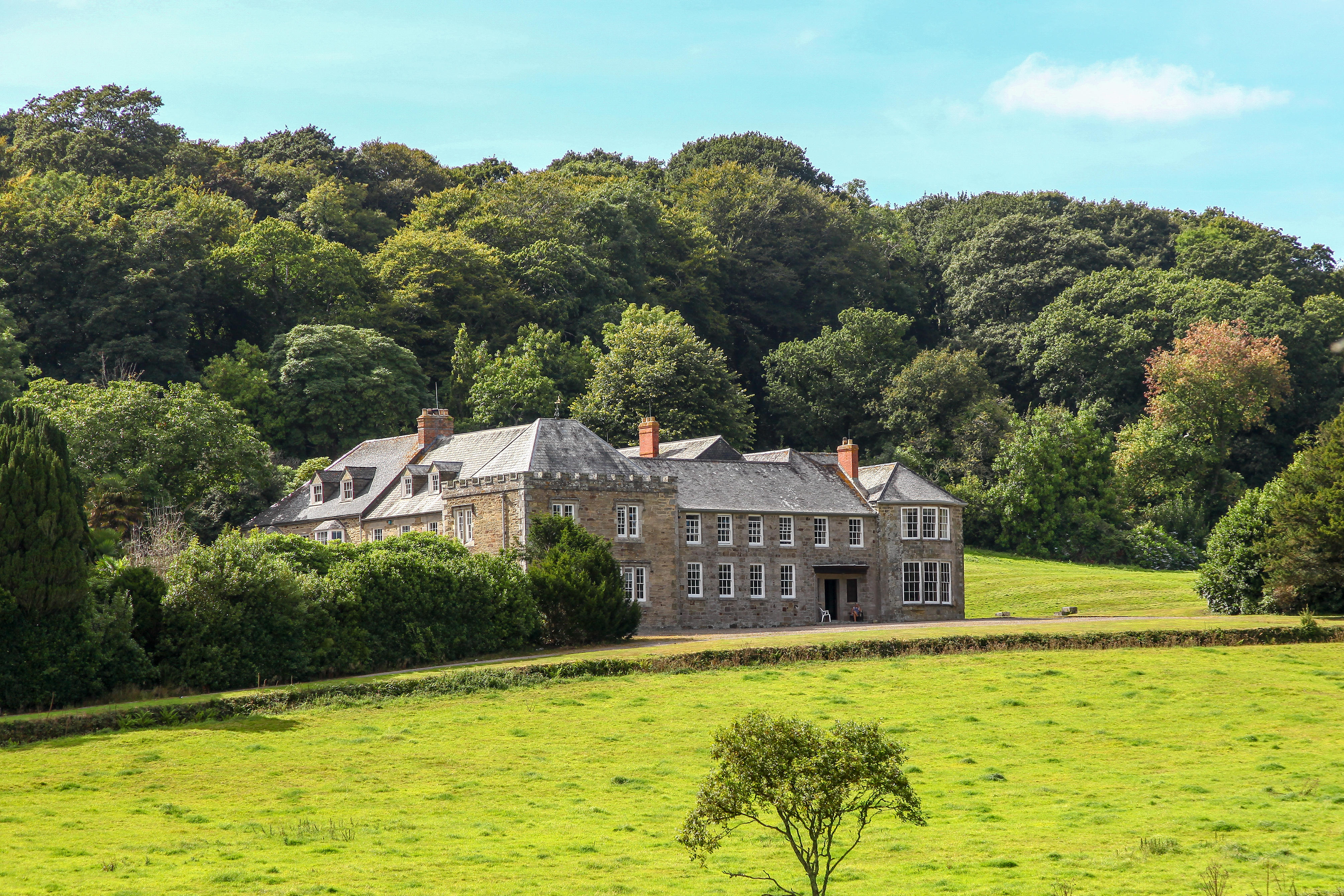 An inquest last week heard how Charles had struggled with drug abuse for many years and died of an overdose in his car outside his Grade-II listed house on the estate in Helston, Cornwall.

He was malnourished, neglected his personal hygiene, rarely changed his clothes and had taken to living in his car.

Jordan, who has a son with Kate, said: “I haven’t been here long and don’t know all the ins and outs but have been able to piece some of the puzzle together.

“Charles never actually lived in the estate. He lived in one of the estate’s farmhouses as his mum lived here. They died two weeks apart.

“It had got to the point when he gave up on himself and was living in his car instead of his house as it was such a mess.”

Jordan had been convinced Charles was his dad since he was a child — and once went to the house to ask him in person for a DNA test.

He said: “When I was 18 I knocked on his door and asked if I could have the test. He told me to do it through the solicitors. I was 18 so had other priorities at the time.

“I wrote more letters in my twenties but never got a reply.”

Last year Jordan wrote another letter and enclosed a DNA kit — and got a reply from a lawyer who explained Charles had died.

Once he had the DNA proof Jordan still had to overcome objections from other members of the Rogers family before he could take up his inheritance.

Now he is proudly flying the Rogers family crest from a flagpole in the grounds of the estate.

Jordan has also been showing off his good luck on social media — posting pictures of a Mercedes motor and £300 adidas Predator football boots after splashing out.

The keep fit fanatic also proudly displayed the outdoor gym he has set up on the tennis courts.

He even posted pictures of himself paddling around the lake in a canoe with the caption: “Out patrolling.”

THE Penrose Manor House and Estate runs to 1,536 acres and Cornish legend says it has been haunted for centuries.

The Penroses are believed to have acquired it in the 1200s.

It is claimed Ralph Penrose took his young son plus cousin William out to sea 300 years ago — but they hit a storm and their ship was wrecked.

Ralph died, while William’s brother John saw it but did nothing to help. He is then said to have ordered the son to be killed after he scrambled ashore.

William lost his memory but later recalled the tragedy. John then hanged himself when the crime was uncovered.

Their souls apparently still haunt the estate in Helston.

It was used as a British and US base in the Second World War. Lt Cmdr John Peverell Rogers then gifted much of it to the National Trust in 1974.

And Jordan proved he will not be transforming himself into a stiff upper-lipped aristo — by posting a video from inside his new mansion showing a white-haired relative dancing to a rap song.

Five years ago, a video of Jordan breaking his back during a trampoline prank went viral online.

Jordan, describing himself as The Human Cannonball, drunkenly climbed a tree before leaping 20ft down on to the trampoline.

It catapulted him into a fence, fracturing his spine.

The Rogers family has lived on the estate for generations.

It was gifted to the National Trust in 1974 in exchange for a 1,000-year lease to allow Charles and his heirs to continue living there.

The Rogers family gave the National Trust 46 cottages and a couple of farms. The Rogers Family Trust will give Jordan £52,000 a year. 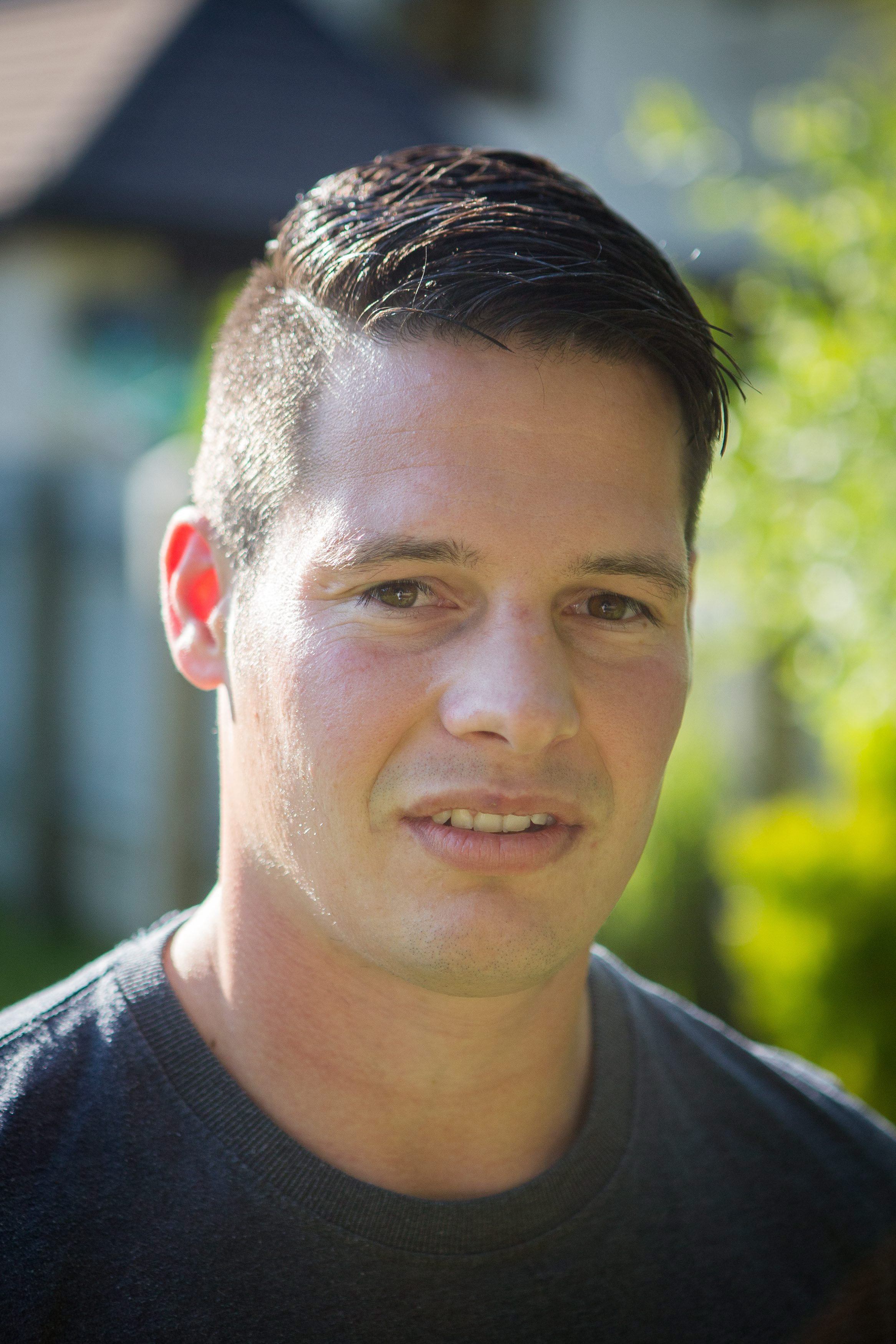 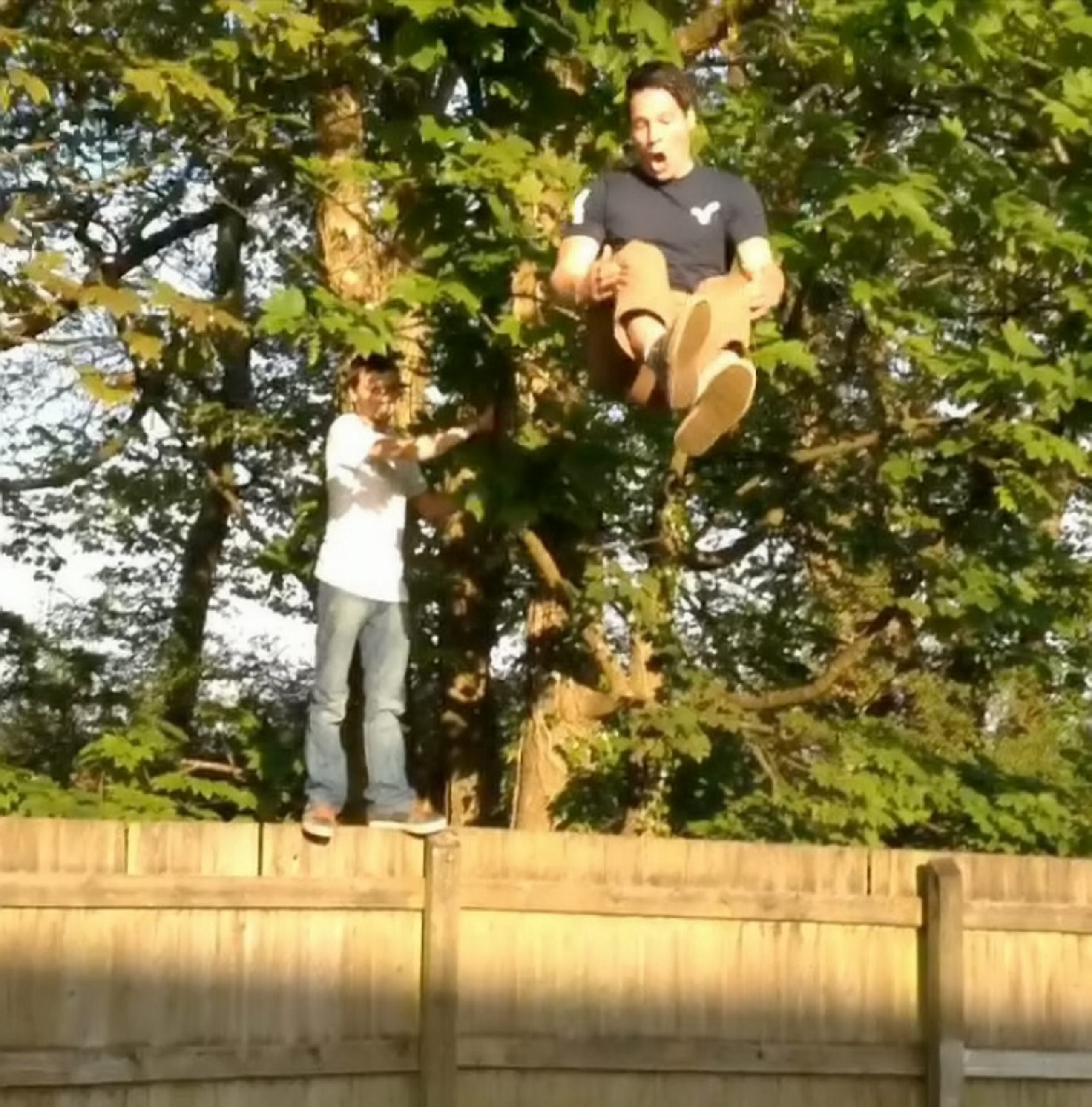 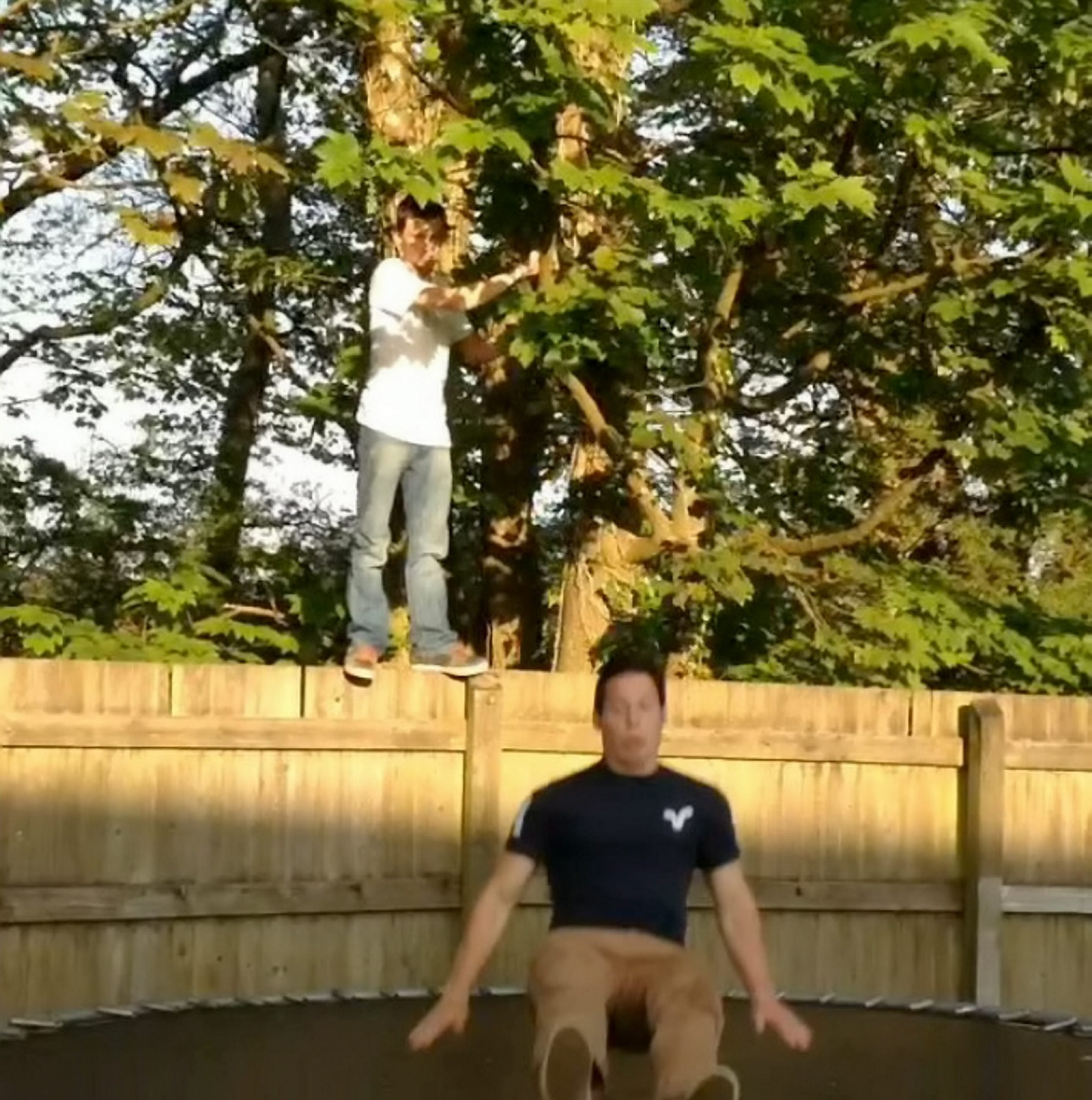 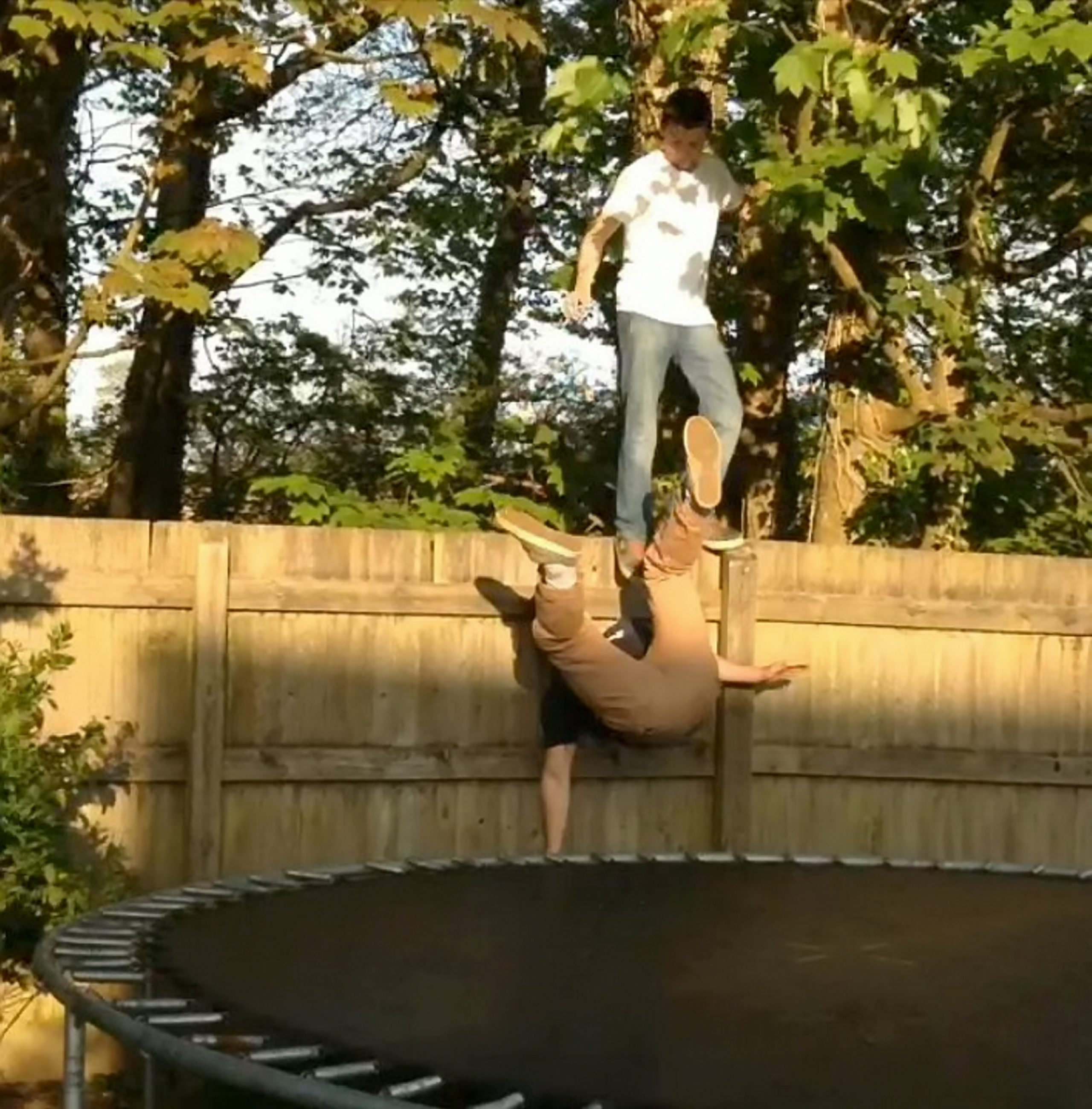 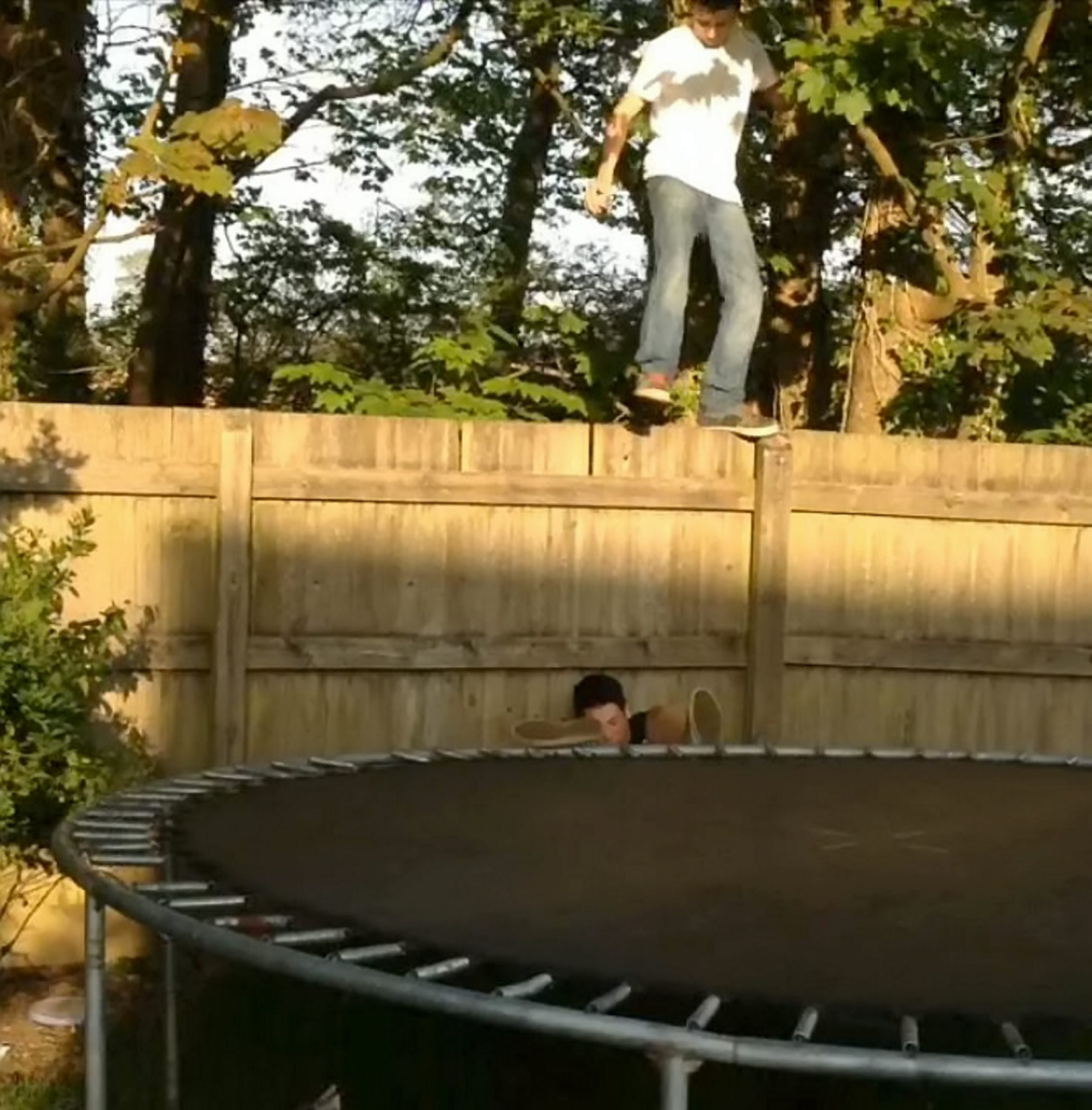 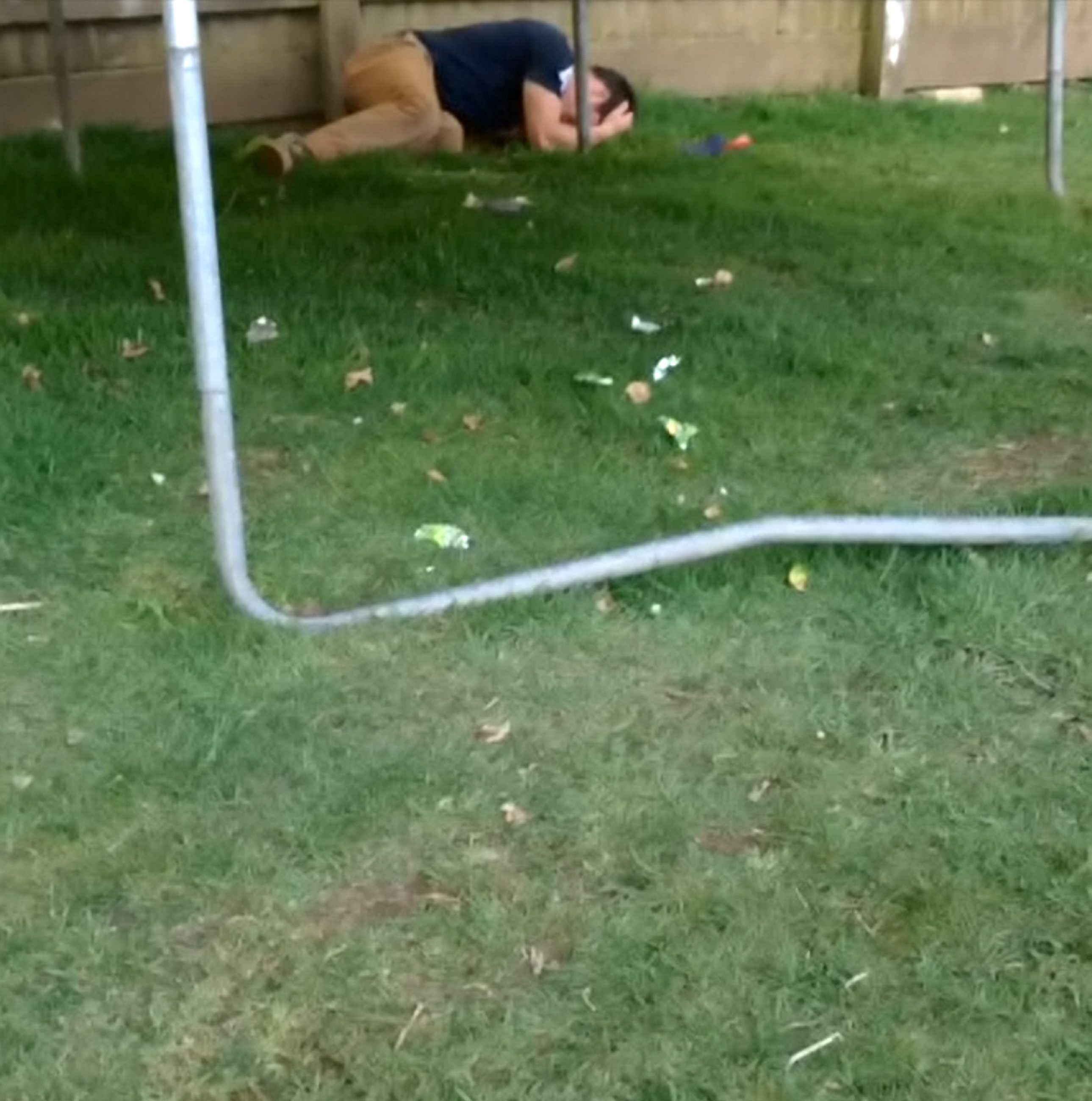 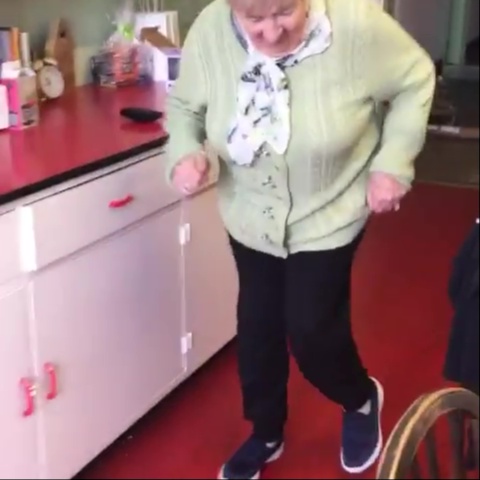 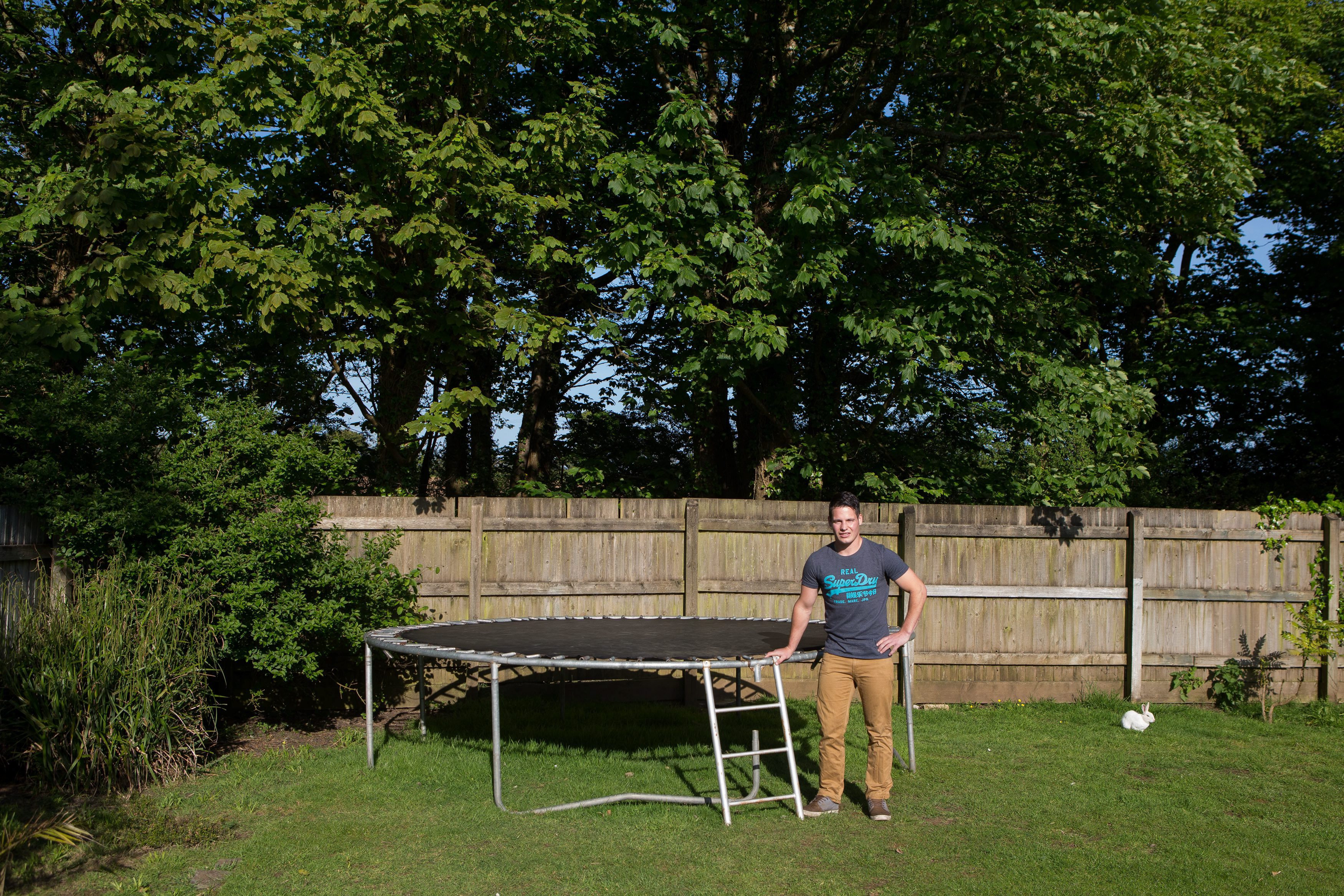