Cases of spiking are ‘underreported quite significantly’, experts tell MPs as they say victims are ‘predominantly’ women aged 18-25 and most offenders are male

Cases of spiking on nights out are being ‘underreported quite significantly’, MPs have been told.

The Commons Home Affairs Committee heard that needle spiking has become more common post-lockdown, but victims and premises are ‘reluctant’ to report cases despite the overall number of incidents rising in the past few months.

Committee members, who began an inquiry into spiking last week, heard that victims are ‘predominantly’ but ‘not exclusively’ women aged between 18 and 25, with mostly male offenders.

Paul Fullwood, of the Security Industry Authority (SIA), said there is a lack of data, with a ‘fraction’ of reported night time incidents about spiking and date rape.

He added: ‘Our evidence is that this is underreported quite significantly from what we can see. 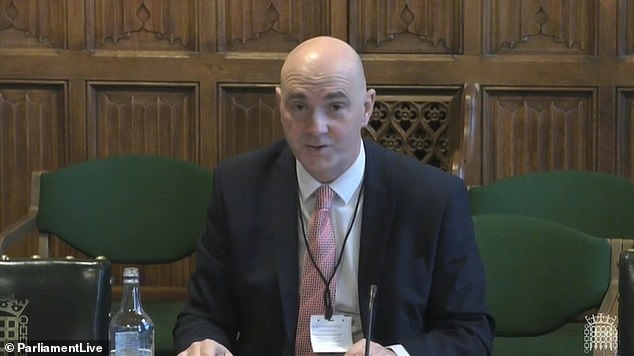 Paul Fullwood, of the Security Industry Authority (SIA), said there is a lack of data, with a ‘fraction’ of reported night time incidents about spiking and date rape

Yes – and there are credible reports where people have woken up with needle marks having been spiked.

But the likelihood of it being a widespread phenomena is ‘deeply improbable’, according to one medical consultant.

‘It’s really hard to stick a needle in someone without them noticing, especially if you have to keep the needle in there for long enough, maybe 20 seconds, to inject enough drugs to cause this.’

Could someone not give the injection really fast?

Yes – but they’d need a very powerful drug to do so discreetly, experts say.

GHB is one of the most well-known ‘date rape’ drug and is also self-administered in small doses by people recreationally.

But Guy Jones, senior scientist at drugs charity the Loop, told VICE it would be a ‘poor candidate’ for injection because of the large amounts of fluid needed.

‘Therefore (it would require) a thick, painful needle. This means that the substance involved would be something that would be highly detectable for several days in a toxicology screening,’ he said.

Adam Winstock, director of the Global Drug Survey, added: ‘There are very few easily accessible drugs / medicines that could be given intramuscular in a small enough volume that people would not notice and the effects would take some time to come on.

‘What you see in the movies is not reality. People need to keep their drinks close to them, avoid taking them from strangers and keep an eye out for their mates.’

Can drugs be administered to any part of the body?

Yes – but some parts are more effective than others

Mr Jones told VICE: ‘Where drugs can be injected non-intravenously, there are specific injection sites that do not work well.

‘The back is one of these unsuitable sites due to the low fat-muscle content, and high concentration of pain receptors.’

What about drink spiking?

While injection spiking is still possible, drink spiking is a lot more common.

This is only the officially recorded numbers – and is likely to be much higher as it is common for people not to report it to police.

Charity Drinkaware advise: ‘Don’t accept a drink from someone you don’t know and if they’re available, use drink stoppers, which can be purchased online, for the top of your bottle.’

Rohypnol (or Roofie) and Gamma Hydroxybutyrate (GHB) are the most commonly known ‘date-rape’ drugs.

‘This is not taking away all the hard work and diligence from people trying to look for these sort of things going on, but it’s underreported.

The committee was holding an evidence session into spiking on Wednesday.

Councillor Jeanie Bell, member of the Local Government Association’s safer and stronger communities’ board, said: ‘You’ve almost got like a two-fold problem, where you’ve got people underreporting from people attending venues and often they’ll leave the venue before they realise they’ve been spiked.

‘But then you’ve also got venues who may be reluctant to come forward and say, ”Look, we think we might have a problem here with spiking in our venue, we’re not getting reports but we think that could be an issue”, because they’re then concerned about whether they will be penalised – whether there will be licence revocations – because the licencing authority does actually have quite a considerable amount of power in terms of how to manage premises effectively.’

Ms Bell, who is also a cabinet member on St Helen’s Council, told the committee people should be encouraged to go to the police or Crimestoppers following incidents.

Michael Kill, chair of the Night Time Industries Association said there is usually a spike in reported cases around autumn as students return to university.

He told MPs there was also rise as venues reopened following lockdown.

Last week spiking victims have told MPs of their ‘horror’ experiences of being targeted in bars and nightclubs, as part of the inquiry into its prevalence in the UK.

Sharing their eye-opening accounts, two women and a man told a House of Commons committee how they had been targeted with date-rape drugs.

One of the women, a university student, told MPs how she felt ‘agonising pain’ after being spiked through an ‘injection’ in her leg.

Another woman, a 51-year-old mother of three, said how she lost control of her body after her drink was spiked in a ‘quiet bar’ in Cornwall.

And a man revealed how he had been on a trip to Las Vegas when he was spiked in an incident which saw him taken to hospital with liver and kidney damage.

The three victims gave their accounts as part of an inquiry by the Commons Home Affairs Committee into spiking.

The Committee is taking evidence from spiking victims about their experiences in the hope of better understanding its prevalence in the UK and the effectiveness of the police response to it.

The inquiry was launched after a spate of alleged ‘needle spiking’ incidents in which both women and men claimed they were injected with a date-rape drug.

One of the women to give evidence at the hearing was Hannah Stratton, from Newquay in Cornwall.

She told MPs how her drink was drugged while she was having a few glasses of wine with two friends in a quiet bar.

The 51-year-old said she had to put her head on the bar table as she could not hold her upper body up and her legs felt like lead.

Her friends helped her into a taxi home, but she said the driver judged her for being drunk and she felt the whole experience was ‘degrading’.

Ms Stratton said: ‘You just feel so disgusted in yourself – and that may make sense to the other victims here.

‘And it sounds really silly – a number of people that have said me: ”No, no, no, don’t blame yourself, why are you feeling disgusted in yourself?” But you do. 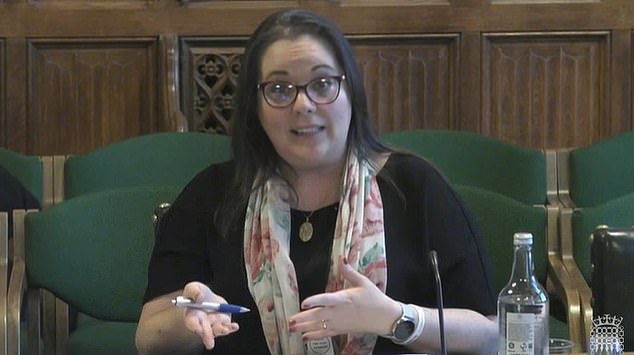 Councillor Jeanie Bell, member of the Local Government Association’s safer and stronger communities’ board, said: ‘You’ve almost got like a two-fold problem, where you’ve got people underreporting from people attending venues and often they’ll leave the venue before they realise they’ve been spiked’

‘It takes quite a while to actually switch that around and realise that actually, I’ve got no self-blame or I shouldn’t be blaming myself, but that’s why I didn’t report it.’

She said she has battled feelings of self-doubt over whether she had drunk too much, but added: ‘I’m 51 years old. I’ve never behaved like that in my life, and I’m not going to behave like it after a couple of glasses of wine.’

Ms Stratton said she had educated her three daughters about the risks but had believed she was ‘far too old’ for it to happen to her,

She said she put up a post online about her experience and was contacted by around a hundred people ‘of all ages and both sexes’ who said it had happened to them.

The committee was holding its first evidence session into spiking last week.