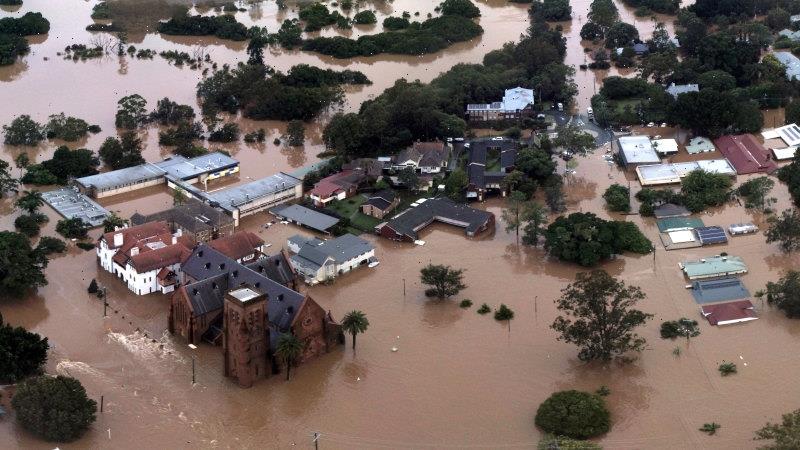 The burglar alarm blares out across deserted Lismore, but too late. Mother Nature’s been and gone; her smash and grab complete.

“Lismore is destroyed. All the shops are smashed,” one local citizen journalist says as he films the aftermath and posts to Facebook. “This shit looks like it has been bombed.” 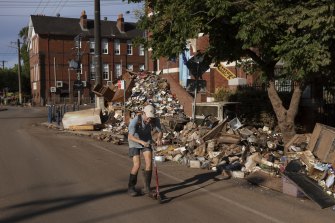 Lismore after the floods looked like a bomb hit it.Credit:Brook Mitchell

While watching the news I realised with a start that this latest natural disaster meant two homes that family and friends once welcomed me into were now gone.

But because one was lost in the Black Summer bushfires and the other was half washed away by the Lismore floods, the fate of the properties – and the lives of the owners – could not have been more different.

Fig Tree Bend, South Gundurimba, near Lismore, is a little slice of Aussie heaven – a farmhouse by a bend on the Richmond River. Tree-change friends from Sydney bought it, planted tea trees and converted an old dairy into cosy short-stay accommodation, painting it light blue. Now half the old dairy is washed away, along with trees they planted as part of the Richmond Rivers Rescue action group. They didn’t insure for floods – they found the premiums too expensive and now face an uncertain future.

Hundreds of kilometres south, two cousins, who both lost homes in the Black Summer bushfires that swept through the NSW South Coast around Lake Conjola, have now rebuilt their lives thanks to insurance.

I wonder if Shane Stone, the co-ordinator general of the National Recovery and Resilience Agency, was thinking of Fig Tree Bend when he warned in the Herald that taxpayers cannot continue to “pick up the bill for these huge, catastrophic damage events”.

“You’ve got people who want to live among the gum trees – what do you think is going to happen? Their house falls in the river, and they say it’s the government’s fault.”

Queensland deputy premier Steven Miles added his voice, saying he had visited flooded communities on land that “frankly should not have been built upon”.

But to want a home among the gum trees – or equivalent – has been a human desire throughout history. Ask any prime minister of earthquake-prone Japan, or any governor of wildfire-ravaged California, or even some of those who fled Pompeii when Mount Vesuvius blew its top in 79 AD. 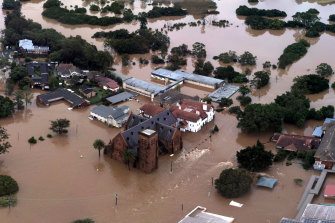 The local council in Lismore relocated to higher ground, but no one else followed suit.Credit:

A home among the gum trees is lovely 99 per cent of the time, until the river floods it with stinking mud, or a cyclone flattens it, or a volcano entombs it in ash.

And it’s not confined to the northern states. Witness the January rain pelting down in Geelong and Melbourne, causing flash flooding. Or the 2011 Victorian floods that divided Horsham, killed 6000 sheep and caused $2 billion damage.

That’s when insurance comes in. But as anyone who has faced the trauma of a natural disaster can tell you: it is relatively easy to insure against fire, but in flood-prone areas the cost of premiums can be sky-high.

There is nothing more terrifying than a fire front, but in fire-ravaged areas many properties survive. Every shop, pub, bank, supermarket in Lismore was wiped out. 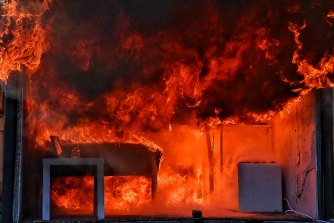 Fires are terrifying, but they don’t wipe out every home.Credit:Nick Moir

Bush fires are more terrifying but do less damage. Floods are less random and more destructive.

The policy debate focuses on three areas: rebuilding with flood mitigation, a reinsurance pool to reduce premiums, and what the insurance industry likes to call “becoming more cognisant about relocation”.

Already state and federal governments have said they will rebuild Lismore, and not relocate. Indeed, the local mayor told The Drum this week that years ago the council relocated its chambers to higher ground but no one else wanted to follow. History will repeat.

The Insurance Council of Australia’s has called for resilience funding to lift to $2 billion over five years to lessen the impact of natural disasters.

And the industry can play tough. The Queensland town of Roma was once “redlined” by some insurers, who refused to insure against flood until the town lessened the risk.

Two years after the catastrophic 2012 floods, Roma built stage one of a levee. Suncorp and other insurers cut premiums by 45 per cent. In 2019, a second stage was completed.

Others call for the federal government to expand a $10 billion government reinsurance pool aimed at reducing premiums in cyclone-prone north Queensland. But the ACCC recommended direct subsidies instead.

“Such pools don’t reduce the risk and provide false comfort for residents in the face of continual devastation,” says Andrew Hall, chief executive of the Insurance Council of Australia.

And governments are terrible at managing long-term capital with discipline – such schemes always blow out, such as the NDIS, and can become a vicious cycle: expand the benefits, blow the budget, reduce the benefits.

Such a scheme is not enough without a concerted effort to make flood prone areas more flood resistant.

And once again it is the poor who suffer most. We expand suburbs and towns into floodplains because it is cheap and those who can only buy affordable housing are at the higher risk and face the most expensive premiums.

If you want to determine your flood risk, inquire about the cost of a flood policy on your house. The big companies insure on a house-by-house basis and have a century of data. The price will tell you of the risk. 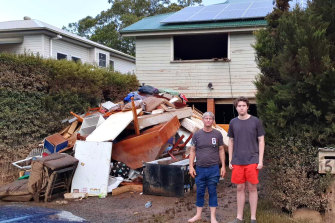 The people of Lismore are staying put.Credit:

The people of Lismore are staying put. Some of them should seriously reconsider. It is not impossible to relocate. Sometimes people will give up the gum trees. Nearly a decade after a wall of water tore through the Queensland town of Grantham and killed 12 people, almost 90 families moved and Grantham was reborn on a hillside. The price tag was $18 million.

Brisbane has flooded three times in 10 years. Cyclone Larry was followed by Yasi and then Debbie and then the rain bomb. To rebuild again and again seems the definition of insanity, but a home is a home.

The Insurance Council is fond of saying that the 97 per cent of government money goes into the clean-up and 3 per cent on resilience. That will have to change. The federal budget is fast approaching.

My host at Fig Tree Bend, Rod Bruem is now an elected councillor at Ballina and Rous councils. His accommodation business in the region was completely washed out.

Bruem calls for an immediate safety net insurance system of small subsidies to make insurance affordable for those who want to take precautions.