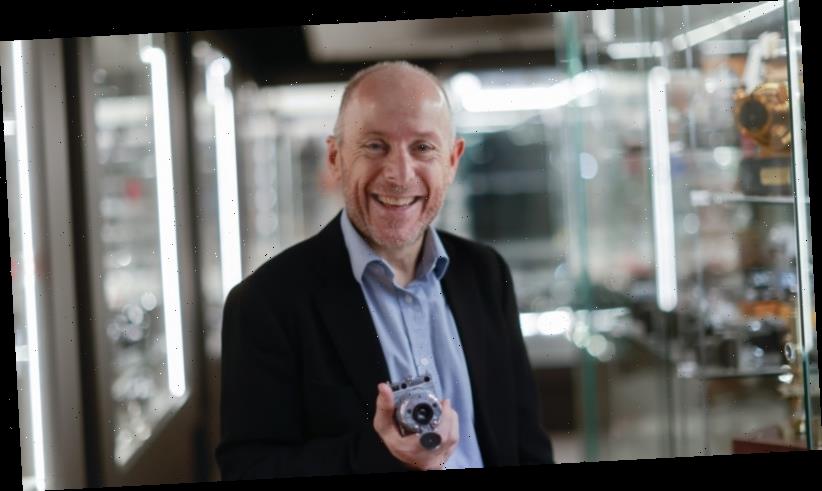 It's been a Melbourne landmark for more than 100 years, and a focal point for lovers of photography, but now the shutters have come down for good on Michaels Camera store in Melbourne CBD.

It's survived knocks such as the rapid decline in the use of film and the introduction of smart phones, but is closing its doors for the last time on Friday evening. 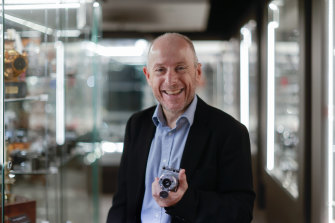 Peter Michael of Michaels Camera store which is closing on Friday. Credit:Simon Schluter

But COVID-19 struck the final blow.

Owner Peter Michael said customer numbers are 80 per cent down on pre-pandemic levels, and the store, on the corner of Elizabeth and Lonsdale streets, can’t hang on.

Mr Michael said the pause placed on the return of office workers to the CBD this week showed the end of the pandemic was uncertain.

"It’s costing a fair bit to stay open. I’m going backwards at the moment," he said 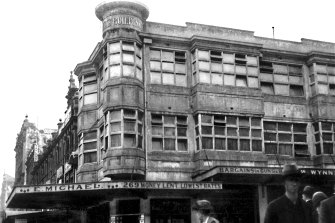 The store began as a pawn shop.

He felt "very emotional" and it was "extremely difficult", but he had decided to operate online from now on.

The business was opened in 1916 as a gun and pawn shop by Mr Michael's great-grandfather Emanuel Michael.

It became a pharmacy in 1925 that also sold photography equipment.

Mr Michael, 62, worked as a child for his father Alan, counting pills, cleaning and delivering goods. 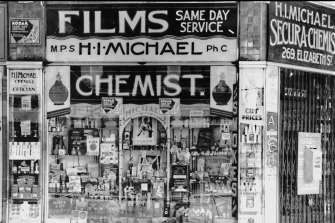 It was also a chemists and then branched out into photography.

During and after World War II, the pharmacy was known for selling contraceptives such as condoms, including a thriving mail order business.

An elderly woman told Mr Michael that she worked there in the 1950s, but never told her friends, such was the taboo around such matters.

From 1976 Michaels solely focused on photography but its attitude stayed the same: "You care about the customer, you know about the product," Mr Michael said. 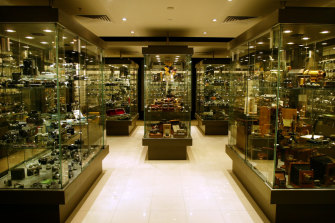 It is hoped the store’s camera collection will be donated to an institution. Credit:Nicole Emanuel

Elton John once bought a Polaroid camera at Michaels. Lionel Ritchie, Bette Midler, and John Farnham have all been customers.

Theft was a constant. Recently a man walked out without paying for four $200 cameras. He was arrested across the road.

Mr Michael would like to donate his museum of 10,000 items, which he 'believes is the largest private camera collection in the world, to an institution such as the Melbourne Museum, as "a lasting tribute to our family and our place in Melbourne".

Pieces include a metal "birdie" of the kind that early photographers whistled into, while their head was under the cloth camera shade, to signify to photo subjects to look at the camera, or "watch the birdie". 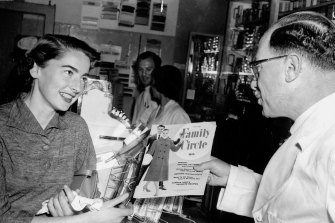 Harold Michael with a customer. Alan Michael is in the background.

There are two singed telephoto lenses from the 1986 bombing of the Turkish consulate in South Yarra, and a sleek 1928 green ladies’ pocket-sized Vanity Camera that includes a powder compact, lipstick and mirror.

Customer Adrian Roy, 65, of Glen Waverley, said he felt "shock and dismay" at the store closing.

A keen photographer, Mr Roy has has been coming to Michaels for over 30 years, often just to look at museum exhibits, such as photos taken using Leica cameras.

Mr Roy said, of the closure: "You’ve got to follow business realities, I know, and this COVID business has slammed everybody, tragically. It’s unfortunate."