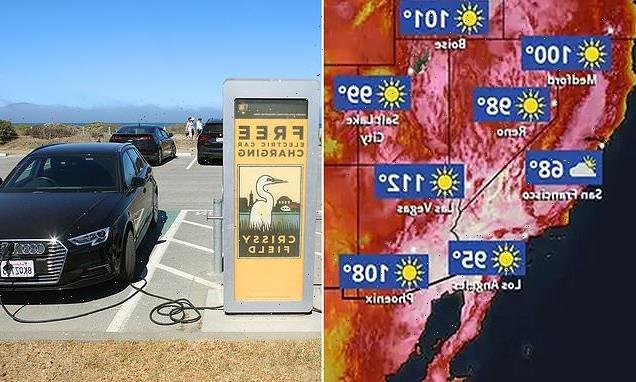 California goes haywire! Electric car owners are told NOT to charge their vehicles because of heatwave – just days after announcing 2035 ban on gas cars

Californians are being advised not to charge their electric cars during certain hours as a 90-degree heatwave rolls in.

The move comes just weeks after the California Air Resources Board voted to ban gas-powered vehicles by 2035.

The California Independent System Operator (ISO) has called for residents across the state to ‘reduce’ energy usage between 4 and 9pm ‘when the system is the most stressed because demand for electricity remains high.’

Starting on Wednesday and running until Tuesday, residents are being asked to not charge their electric vehicles between those hours, set their thermostats at 78 degrees or higher, avoid using large appliances, and turn off unnecessary lights.

‘Lowering electricity use during that time will ease [the] strain on the system, and prevent more drastic measures, including rotating power outages,’ the bulletin said.

California has officially become the first in the world to enforce a ban on the sale of new gasoline cars by 2035, following a public hearing on Thursday that ended with the California Air Resources Board voting to approve the policy. 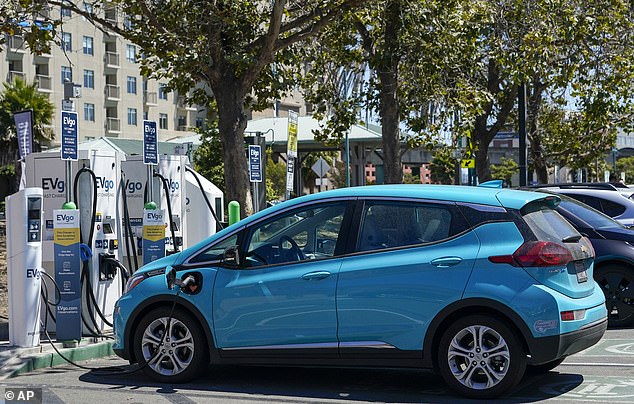 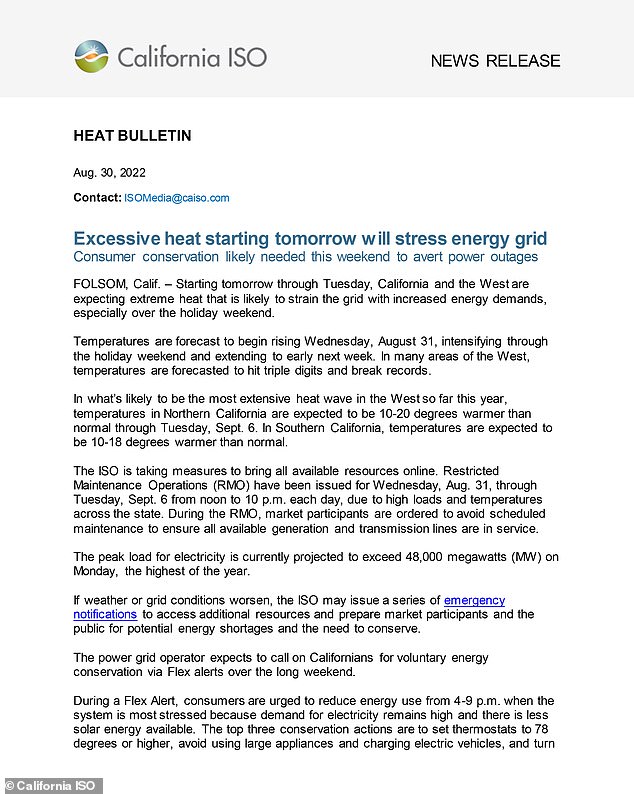 Residents are also being requested to set their thermostats at 78 degrees or higher, avoid using large appliances, and turn off unnecessary lights

Automakers are now required to reduce the number of gas guzzlers they sell in order to reach the first quota of the plan that mandates 35 percent of new cars, SUVs and small pickups sold in California by 2026 be zero-emission vehicles.

The quota increases every two years, with 51 percent by 2028, 68 percent by 2030 and then 100 percent of all new vehicles sold should be battery-powered five years later – 20 percent of those sold can be hybrid plug-ins.

The new policy may be a step in the right direction to combating emissions, but officials have several obstacles to make sure each of the targets are met.

One such hurdle is installing enough charging stations across the state.

Although California has the most in the nation, it will need 2.1 million by 2030 to meet the demand of the new massive fleet of electric vehicles. 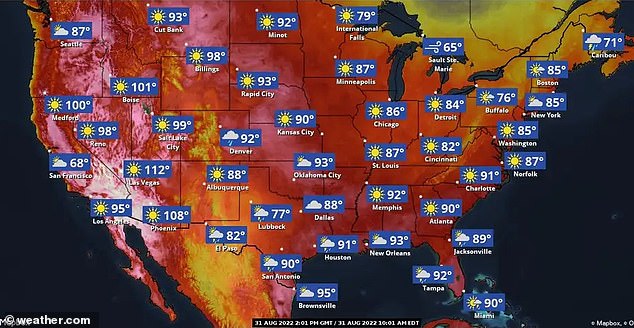 John Bozzella, president and CEO of the Alliance for Automotive Innovation, said the mandate would be ‘extremely challenging’ for automakers to meet.

‘Whether or not these requirements are realistic or achievable is directly linked to external factors like inflation, charging and fuel infrastructure, supply chains, labor, critical mineral availability and pricing, and the ongoing semiconductor shortage,’ Bozzella said in a statement.

‘These are complex, intertwined and global issues.’

In addition, officials have not mentioned how they plan on enhancing the power grid to deal with the onslaught of more electric vehicles, nor how it will deal with an overwhelmed power grid during heatwaves in the future because of it.

The CA ISO told DailyMail.com that the primary stress on the power grid in the summer is air conditioners, but said it was too soon to know the last effects more electric vehicles will have on the power grid as driver switch over.

‘It’s too soon to tell what the impacts of the 2035 ban will be, but for now, we are asking EV owners to avoid charging during 4-9 pm on Flex Alert days, if possible,’ CA ISO Public Information Officer Anna Gonzalez told DailyMail.com on Wednesday.

‘Instead, consumers can charge EVs earlier in the day, when solar supply is abundant and electricity prices likely lower.’

Gonzalez also told DailyMail.com that the nonprofit will continue to work with ‘state agencies and our stakeholders’ as the state ‘transitions to cleaner energy sources.’

DailyMail.com has also contacted the California Air Resources Board for comment.

Governor Gavin Newson called the move to eventually an all-electric vehicle state was ‘groundbreaking’ and that the state is investing $10billion to transition to a greener state.

He also said the transition would make it ‘easier and cheaper for all Californians to purchase electric cars.’

The governor’s comments came after a report said Californians could spend around $20,000 more to purchase a new electric vehicle – an amount that could be out of reach for more than half of the state’s residents who are in the middle to low income brackets. 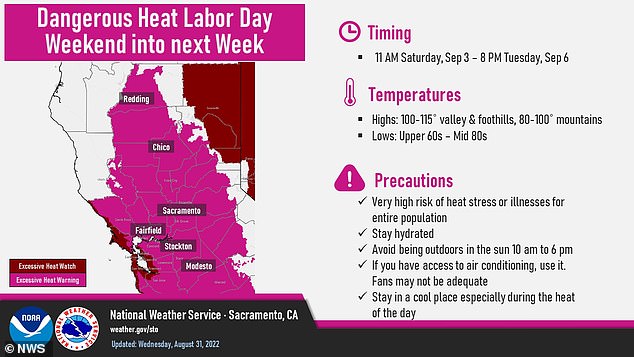 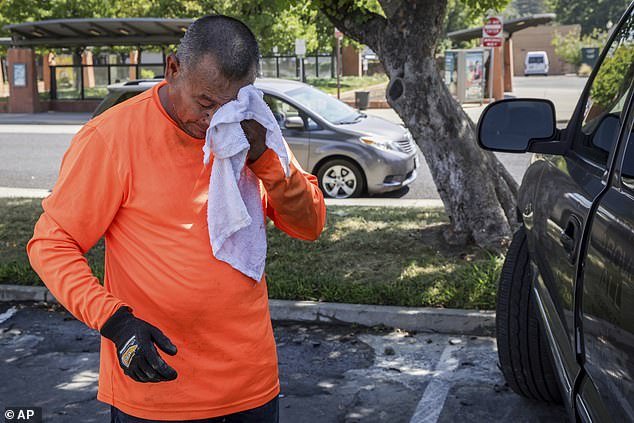 The average price for a new electric vehicle in the US recently rose to $66,000, a more than 13 percent increase year over year, compared to the $43,338 for one that runs on petroleum.

According to Kelley Blue Book, the cost of EVs is ‘well above industry average and more aligned with luxury prices versus mainstream prices.’

As Labor Day weekend approaches, California and the rest of the West is expected to deal with a high-temperature heatwave.

Forecasters are warning people that the heatwave will be intense and long with above-normal temperatures, typically seen in June and July than early September.

Most of the West has avoided intense heatwaves over the summer due to the North American monsoon that kept temperatures lower than normal, but heat advisors and excessive heat watches are started to be implemented this weekend.

California is expected to see mid to high 90s this weekend until Tuesday.