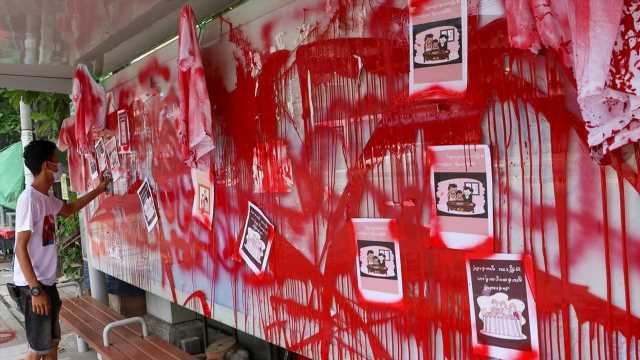 Doctors, nurses and medical students have marched and joined strikes to show their opposition to the military takeover that ousted Aung San Suu Kyi’s democratically elected government and put a halt to the progress Burma had made toward greater democratization after five decades of military rule.

The doctors charged are accused of supporting and participating in the civil disobedience movement “with the aim of deteriorating the state administrative machinery,” the Global New Light of Burma newspaper wrote.

The military government has already issued arrest warrants for 100 people active in the fields of literature, film, theater arts, music and journalism on charges of spreading information that undermines the stability of the country and the rule of law.

This isn’t the first time doctors have been targeted. Earlier this month in Mandalay, the country’s second-biggest city, security forces used stun grenades and fired guns to break up a march by medical workers protesting the army’s takeover. The online news site The Irrawaddy reported that four doctors were arrested. 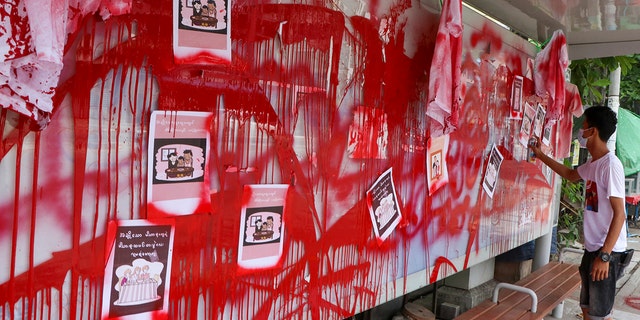 An anti-coup protester uses red paint as he writes slogans at a bus stop on Wednesday April 14, 2021 in Yangon, Burma. Anti-coup protesters kept public demonstrations going despite the threat of lethal violence from security forces. The words reads "We do not accept military coup". (AP Photo)

Protests continued Wednesday across Burma even as people boycotted the official celebration of Thingyan, the country’s traditional New Year, usually a time for family reunions and merry-making.

In leaflets and social media posts last week, people were asked not to hold any Thingyan celebrations, saying it would be disrespectful to “fallen martyrs” to enjoy the festival.

The government’s violent response to anti-coup demonstrations has seen 714 people killed by security officials, according to the Assistance Association for Political Prisoners.

Last week, at least 82 people were killed in one day in a crackdown by security forces on protesters, according to reports from independent local media and AAPP.

Friday’s death toll in Bago was the biggest one-day total for a single city since March 14, when just over 100 people were killed in Yangon, the country’s biggest city. Bago is about 100 kilometers (60 miles) northeast of Yangon. The Associated Press was unable to independently verify the number of deaths.