Woman who spent £42,500 on extension for her dying dementia-suffering mother is left with ‘bomb site’ after builder stopped work because ‘prices went up’ in pandemic

A woman who spent £42,500 on an extension for her dying dementia-suffering mother has been left with a ‘bomb site’ at her house after a builder stopped work because ‘prices went up’ during the coronavirus pandemic.

Pauline Spencer’s condition left her unable to feed herself so daughter Debbie Mitchell, 42, decided to pay for an extension to accommodate her mother at her home.

Redundancy payouts, inheritance funds, equity from her house and other savings were scraped together to fund the adaptation to the bungalow in Nottingham. 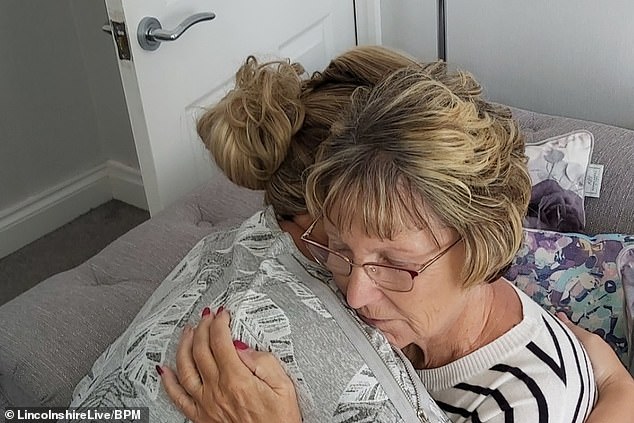 Pauline Spencer’s condition left her unable to feed herself so daughter Debbie Mitchell, pictured together, decided to pay for an extension to accommodate her mother at her home 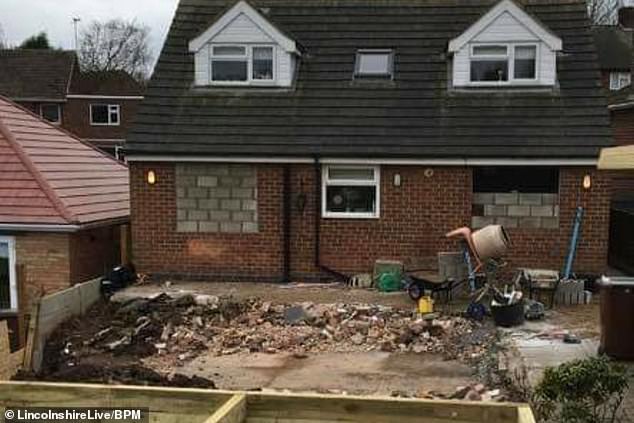 Builder Scott Broad was hired to carry out the job and an agreement was initially made for payments to be made in weekly £5,000 instalments, the Sun reports.

However, Debbie claims she was quickly asked to pay the full sum, before Mr Broad then demanded even more, citing rising costs as a result of the Covid crisis.

The homeowner desperately tried to explain that the only remaining funds she had were being used to bury her mother and so Mr Broad stopped work on the property, leaving the family in limbo.

Debbie told the Sun: ‘It’s absolutely broken me. It looks like a bomb site.

‘My heart is breaking more each day. My mum deserves to be home with me, where I can look after her and love her the way she deserves.’

She has since been quoted £20,000 by another builder to finish the job, and has launched a GoFundMe page to try and raise the funds needed. 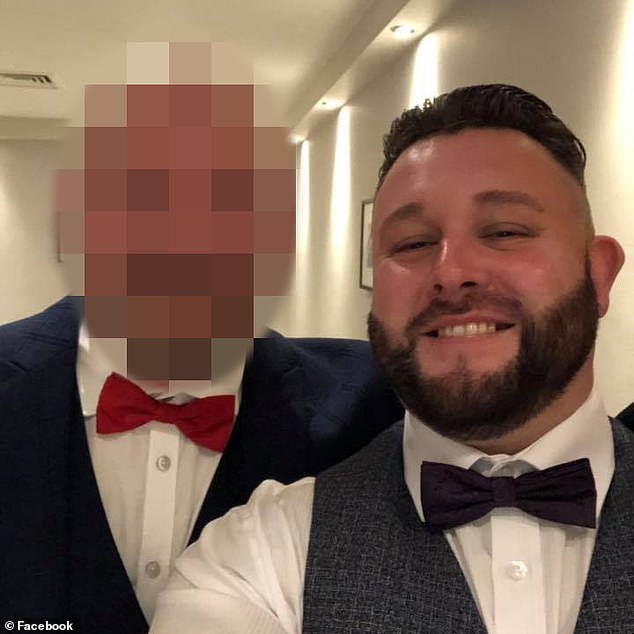 Scott Broad, pictured right, insists prices had risen due to coronavirus and that he couldn’t complete the job

On the page, Debbie describes the ordeal as her ‘darkest hour’, with her beloved mother currently in a care home, deteriorating rapidly.

Lockdown rules also meant she wasn’t able to visit for some 12 weeks.

Debbie had been told by Mr Broad he was filing to have his business struck off, which Companies House confirms, and couldn’t complete the work.

The paper reports the builder insisting prices had risen due to coronavirus and disputing the amount of money handed over  by the homeowner.

He also declined to make an estimate on the final amount, but claimed the pandemic caused matters to get out of hand.

Mr Broad added: ‘There’s a lot of background to this – I’m not the bad person here. I told her six weeks before the job finished that the money wasn’t going to finish the job, so I don’t really know where we’re going.’