Brittney Griner picked up a basketball on Sunday afternoon at Fort Sam Houston in San Antonio, marking the first time the Phoenix Mercury star had done so in about 10 months.

Instantly, she threw down a dunk.

Griner has no plans to leave Fort Sam Houston anytime soon, her agent Lindsay Kagawa Colas told ESPN on Sunday night. She landed there early on Friday morning, shortly after she was released from a Russian prison, ending a nearly 300-day ordeal.

When she does leave, Griner and her wife Cherelle will reportedly head to a private location — not their Phoenix home. It’s unclear when she’ll speak, but Colas said there may be a statement in the coming days.

"There's no timeline on her return at this point. She's reintegrating into a world that has changed for her now," Colas said, via ESPN. "From a pure security standpoint she's not going to be able to move in the world the way she did. It's not a fate that she asked for, but I think she's going to try to utilize her fame for good."

Griner was released from a Russian penal colony last week after the United States struck a deal in exchange for convicted arms trafficker Viktor Bout. The deal was finalized on Thursday, and Griner reportedly spoke with American officials and the flight crew for nearly 12 hours on their flight from the United Arab Emirates. After listening to Russian nearly nonstop, Griner insisted on talking about “everything under the sun.”

Since she’s been in San Antonio, Griner has received a haircut from the San Antonio Spurs’ barber — she cut her long hair a few weeks ago after it kept freezing in the penal colony — and has been reuniting with family at the army base’s “distinguished guest quarters.” She’s had plenty of barbecue, and Nike sent her a new wardrobe.

It’s still unclear what’s next for Griner, especially when it comes to her playing career.

That, though, feels like it should be the least of her worries.

"If she wants to play, it will be for her to share. She has the holidays to rest and decide what's next without any pressure," Colas said, via ESPN. "She's doing really, really well. She seems to have endured this in pretty incredible ways." 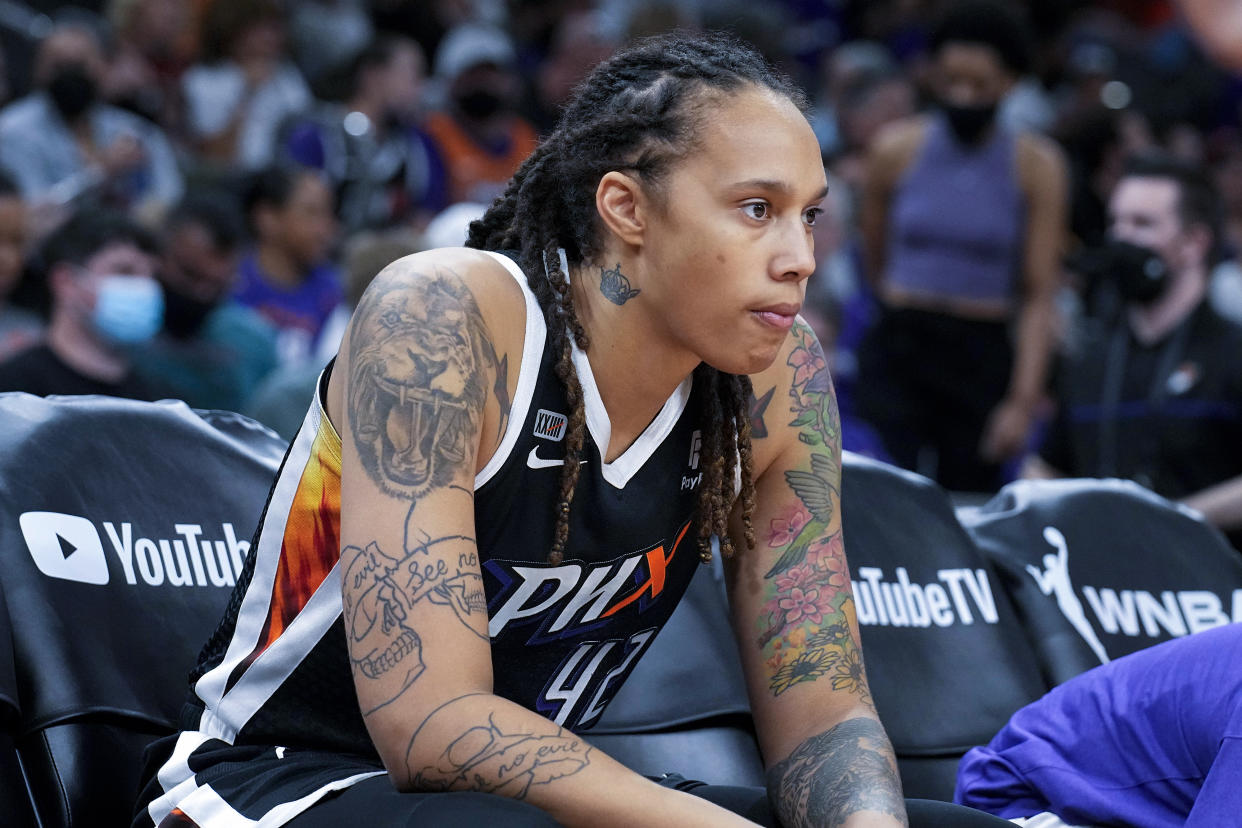