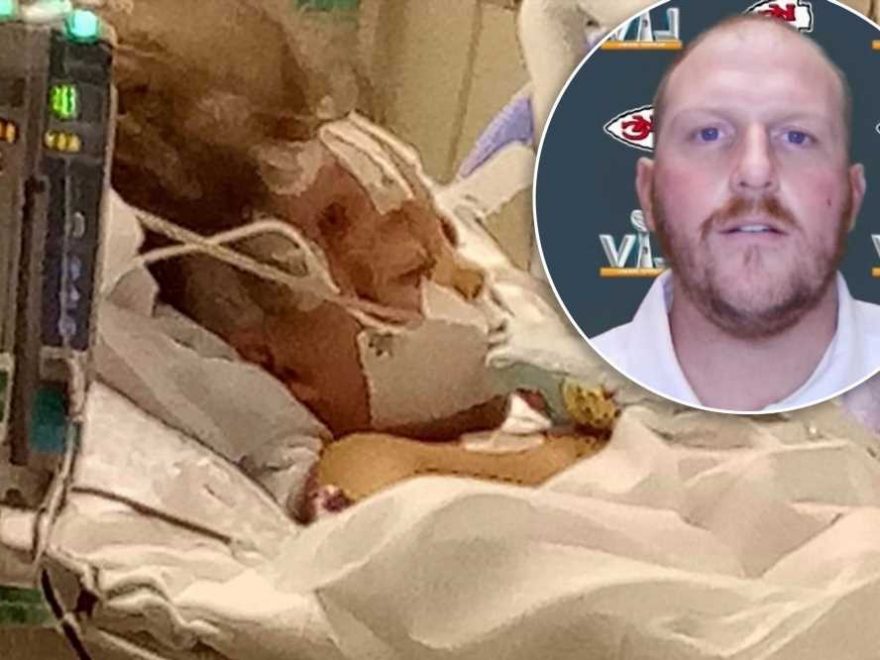 Driver arrested after Mercedes slams into scaffolding in Midtown: cops

Former Kansas City Chiefs assistant coach Britt Reid — the son of head coach Andy Reid — has been charged with DWI in a Missouri car crash that left a 5-year-old girl with a brain injury, according to a report.

Britt Reid was charged Monday in Jackson County in the Feb. 4 crash involving Ariel Young, who was seriously hurt after authorities say Reid hit a Chevrolet Traverse driven by the girl’s mother near the Chiefs practice field in Kansas City, KSHB reported.

Reid, who was driving a white Dodge Ram, allegedly told police he had “two or three drinks” prior to the crash and had a prescription for Adderall at the time, a search warrant shows.

Police had previously said they were looking into whether Reid, who has an earlier drunken driving conviction, was impaired during the collision, just two days before the Super Bowl. The outside linebackers coach was later put on leave trough the duration of his Chiefs contract, which has since expired.

Young’s 4-year-old cousin was also in the Traverse at the time. She was not seriously hurt, KSHB reported.

Young, meanwhile, reportedly awoke from a coma on Feb. 15 and remained hospitalized as of March 27, the station reported.

If convicted of the class D felony, Reid faces up to seven years in prison. Prosecutors have said there’s no indication Reid was drinking at Arrowhead Stadium and requested he be held on $100,000 bond, KSHB reported.

It was immediately unclear if Reid had an attorney who could comment on the charge he faces.