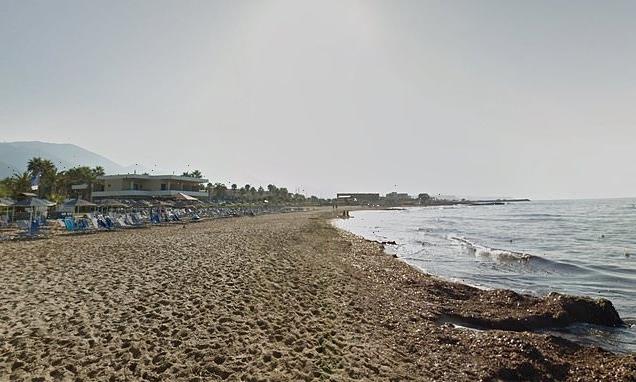 British father, 62, pleads not guilty as he appears in court charged with raping his own daughter, 33, on Greek island of Crete – hugging her and telling the judge: ‘No-one could do such a thing’

A British man is to stand trial for raping his 33-year-old daughter while on holiday on the Greek island of Crete.

The man, 62, who cannot be named for legal reason, appeared in court in Heraklion, the capital of the island, today where he pleaded not guilty to the crime.

Wearing a t-shirt and shorts, he was handcuffed throughout the 90-minute hearing.

When the charges of rape, sexual abuse and domestic violence were put to him, he told the judge: ‘I could never rape my own daughter. No one could do such a thing. I am not guilty.’ 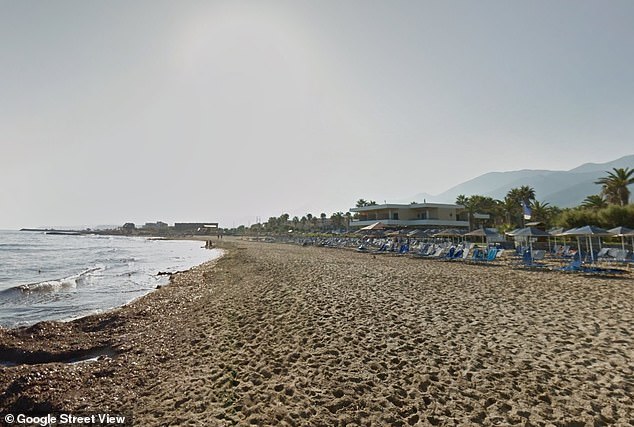 He was remanded in custody and under Greek law, his trial has to take place within the next 18 months.

In a dramatic twist, his daughter, who also cannot be named, came to visit him at the Heraklion Court House and was seen hugging him prior to his appearance before a judge and prosecutor.

She has also taken to social media to protest his innocence while slamming Greek police for their handling of the investigation.

The man was arrested on Saturday after his daughter, who he was on holiday with, reported to police that she had been raped two days before in the town of Malia while on a night out.

She admitted being drunk and said she could not remember anything about her attacker, save that he was wearing all-white clothes.

Officers who reviewed CCTV footage said the pair had been drinking together in a bar when the father made obscene gestures to his daughter, hit her in the face, followed her out onto the street and then raped her on a deserted beach.

Police say her father was wearing all-white clothing in the CCTV images.

The victim is said to be in a state of disbelief and has told police that her father could not have carried out the attack.

Medical examiners told local newspaper Neakriti that the woman was ‘covered’ in injures that were consistent with stones and branches found on the beach.

They added that she also had injuries consistent with rape, and that DNA samples have been collected.

In her complaint to police, the woman claimed that an unknown man stopped and raped her in the early hours of last Thursday morning in a narrow street close to a bar where she had been drinking with her father earlier.

Local media reported that DNA samples have been collected as part of the police investigation and that the man has also been provided with a Government appointed lawyer so that he can defend himself when he faces trial.

An Foreign Office spokesperson said: ‘We are providing consular support to a British woman in Greece.’