A court in Iran has handed a nine-year jail sentence to British-Iranian anthropologist Kameel Ahmady, after convicting him of conducting ‘subversive’ research work, the semi-official news agency Tasnim said on Sunday.

Ahmady, who has documented child marriage and female genital mutilation in Iran, was also fined 600,000 euros (£550,000) – the sum Iranian authorities said he received for his research from institutions accused of seeking to topple Iran’s Islamic government.

He was sentenced by Iran’s Revolutionary Court on charges of cooperating with European embassies in support of promoting homosexuality, visiting Israel as a reporter for the BBC, cooperation and communication with foreign and hostile media. 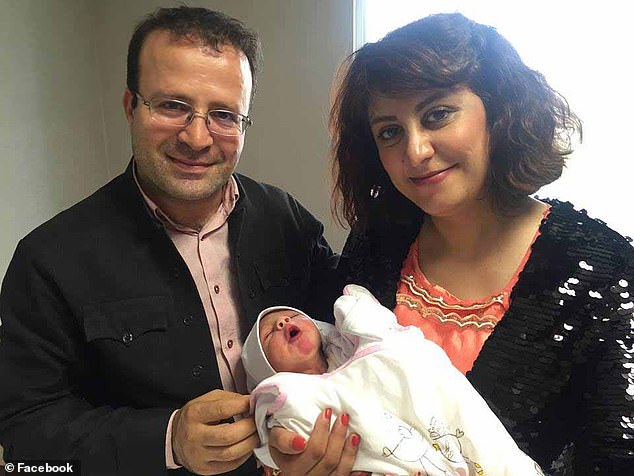 A court in Iran has handed a nine-year jail sentence to British-Iranian anthropologist Kameel Ahmady (left), after convicting him of conducting ‘subversive’ research work, the semi-official news agency Tasnim said on Sunday. Pictured: Ahmady with his wife Shafagh Rahmani

He was also convicted of sending false reports about the country to the UN’s special rapporteur on human rights in Iran as well as infiltration aimed at changing the law.

The report said Ahmady has the right to appeal within 20 days. Unusually, he has not been sent directly to jail following the sentencing.

There was no immediate official comment on the sentence, which was also reported by other Iranian news agencies and a human rights groups, as well as by Ahmady’s lawyer, who said that he would appeal.

‘Ahmady was accused of acquiring illicit property from his cooperation in implementing subversive institutions’ projects in the country,’ Tasnim said.

Ahmady, an ethnic Kurd, was detained in August 2019 but released on bail three months later, according to his wife Shafagh Rahmani and human rights groups. He had been living in Iran for the last 14 years before his arrest. 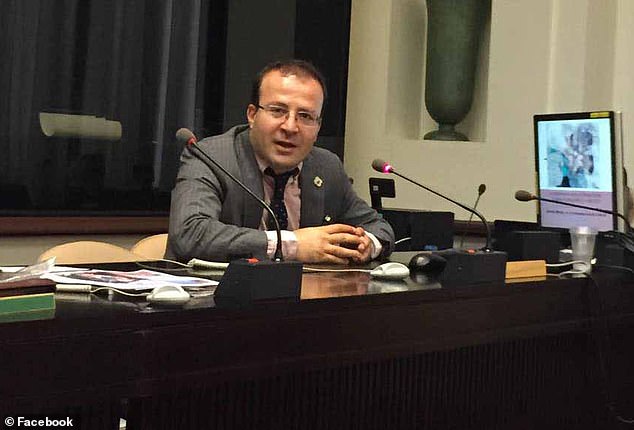 In 2015, Mr Ahmady published a study which suggested that tens of thousands of Iranian women had undergone female genital mutilation

‘Contrary to all…hope for a fair trial, I was sentenced after being denied access to a lawyer during 100 days of detention and extrajudicial interrogations, and after two unprofessional trial sessions full of judicial violations,’ Ahmady tweeted.

Ahmady’s lawyer, Amir Raesian, said his client had received an eight-year sentence for ‘collaborating with a hostile government’.

‘We will present an appeal request against this ruling and we are still hopeful,’ Raesian said on Twitter.

The reason for the apparent discrepancy about the length of Ahmady’s sentence was not immediately clear.

After Ahmady’s arrest, his wife told the New York-based Center for Human Rights in Iran that his work was independent and published with government approval.

Ahmady was born in the western city of Mahabad and is an Iranian Kurd who was granted British citizenship in 1994. 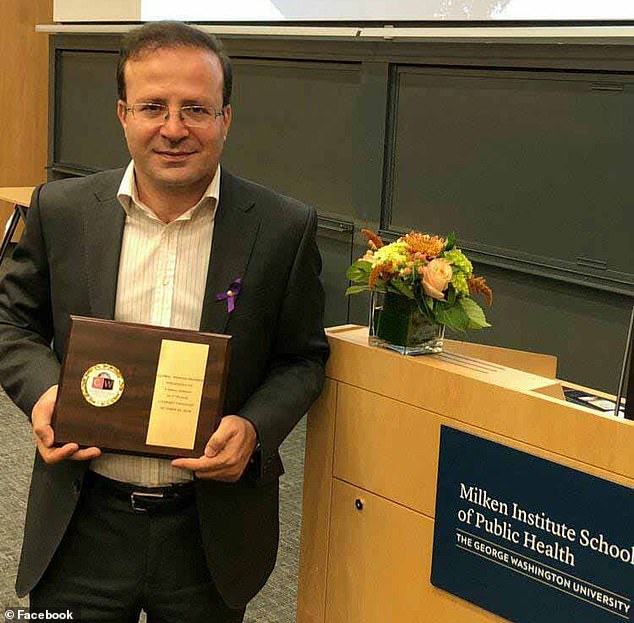 He was arrested on charges related to ‘his activities’, which include studying human rights, child marriage and female genital mutilation in Iran

Ahmady studied at the London School of Economics and, according to his Linkedin profile, is a ‘scholar working in the field of social anthropology conducting research on topics related to local cultures, women and children, and the rights of minorities in the Middle East, with some work experience in Africa and the Far East.’

In 2015, Mr Ahmady published a study which suggested that tens of thousands of Iranian women had undergone female genital mutilation.

His groundbreaking study changed perceptions as, before its release, Iran was not seen as a country affected by FGM.

Travel to Israel and homosexuality are both illegal in Iran. Offenders can face up to five years in prison for visiting Israel. Homosexuals can face the death penalty if they commit sexual intercourse, although there have been no reports of capital punishment for homosexuality in recent years.

Rights activists have accused Iran of arresting dozens of dual nationals to try to win concessions from other countries – a charge that the Islamic republic has regularly dismissed.

Ahmady is one of several dual nationals who’ve been detained by Iran over the past few years. Iran does not recognize dual citizenship. 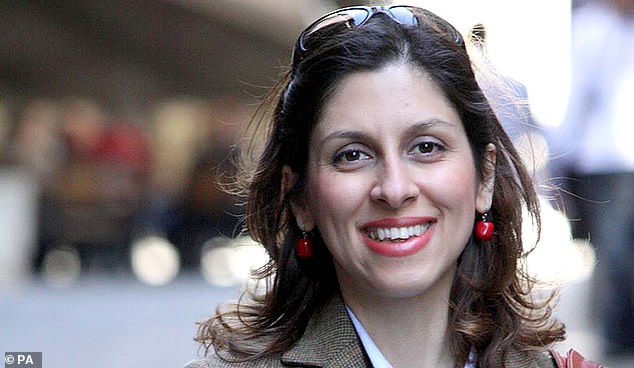 Nazanin Zaghari-Ratcliffe (pictured) was arrested at Tehran’s Imam Khomeini airport while travelling with their young daughter in April 2016 and sentenced to five years in prison after being accused of spying, a charge she vehemently denies

Iran holds another British-Iranian national, Nazanin Zaghari-Ratcliffe, who has already served most of her five-year sentence on espionage charges. She was granted temporary release this spring and allowed to remain indefinitely at her parents’ Tehran home because of the coronavirus pandemic.

Zaghari-Ratcliffe, an employee at the Thomson Reuters Foundation, the charitable arm of the news agency, was tried on charges of plotting to overthrow the Iranian government.

Anoosheh Ashoori, a retired engineer, was detained in August 2017 while visiting his mother and accused of passing intelligence to Israel.

His legal team said this weekend that they were worried for his life amid the coronavirus outbreak inside Tehran’s Evin jail, according to The National News.

Their cases come amid heightened tensions between Iran and the West over its atomic program.

Iran recently has begun inching away from the accord, warning it will take further steps if Europe cannot guarantee Tehran the ability to sell its crude oil on the global market.