A COUPLE drove home from a holiday in France to find an illegal immigrant hiding in their car’s roof box.

Simon Fenton, 57, parked his Skoda 4×4 on his drive, unlocked the house and went in — then suddenly heard his wife Sally scream. 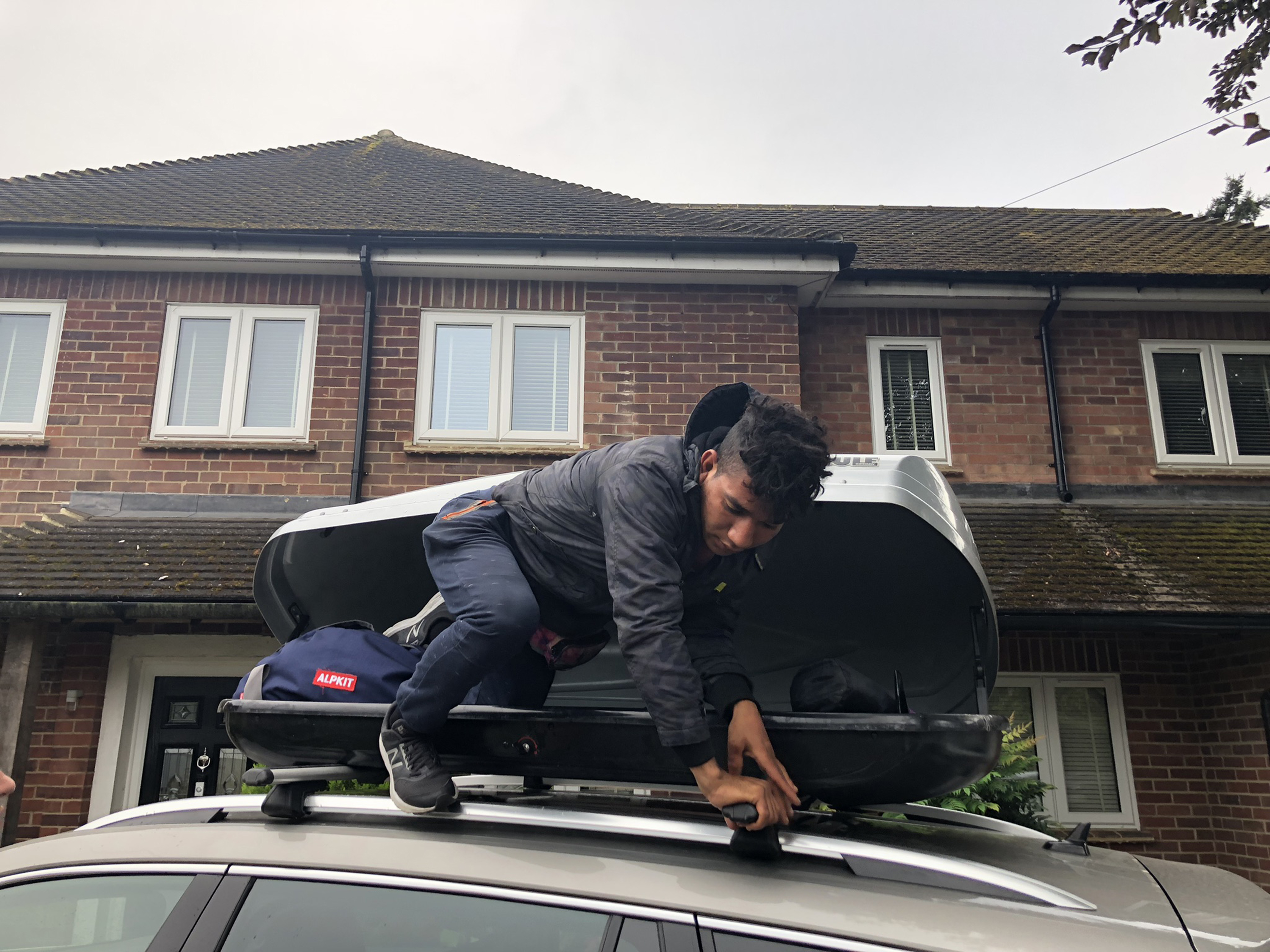 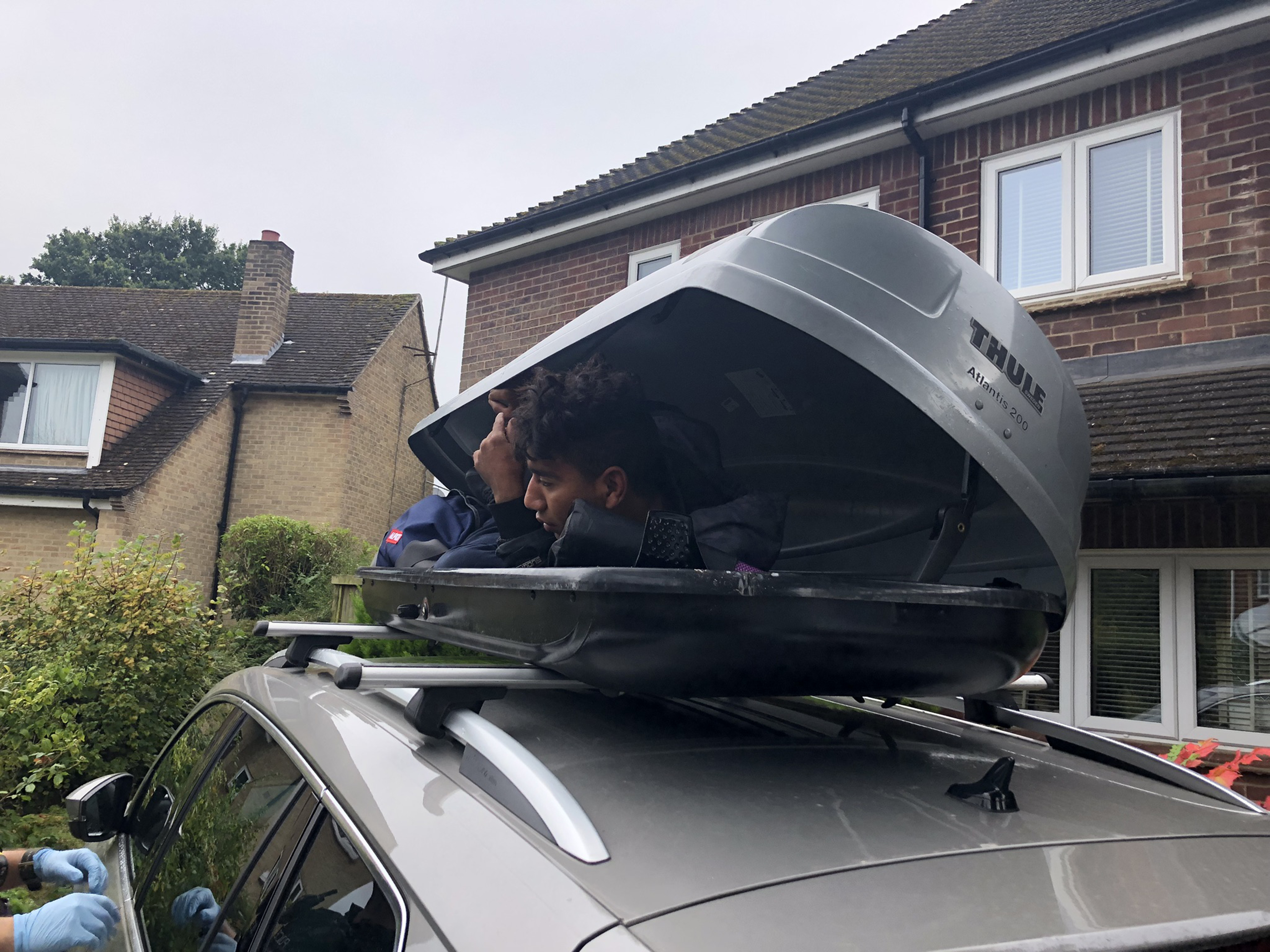 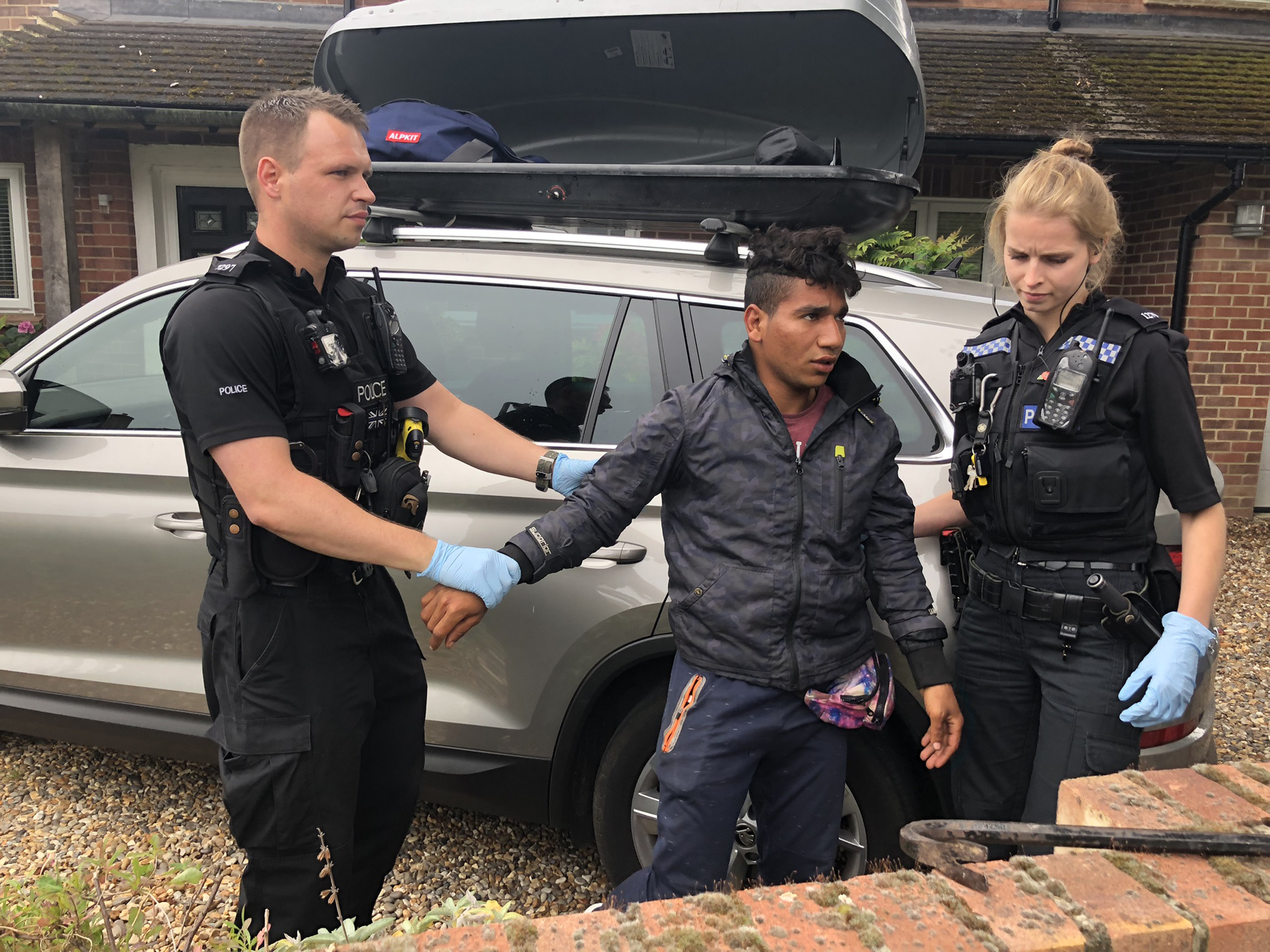 He said: “I ran outside and saw the sole of a shoe sticking out the side of the roof box.

“It dawned on us that there must be a foot attached, at which point the car started moving and we could hear someone inside it.”

A hand emerged — and the man started speaking in a mixture of broken Dutch and German.

Solicitor Simon said: “We managed to glean from him that he was about 17 and from Egypt.

“We kept him at bay while I called the police who arrived and had to wrench the box open with a crowbar.

“They actually told us ‘Stand back, he might have a gun’.” Police took the man into custody.

Simon, of Newbury, Berks, thinks the man got in the top box while the car was parked overnight in Calais before the couple sailed back to Dover.

He must have had accomplices because once he had clambered inside someone bolted the box shut again from the outside and swiped the contents — a camera, dog bed and shoes.

Simon added: “We still don't know how he managed to fit in the box. I’d have thought we’d hear him moving about.” 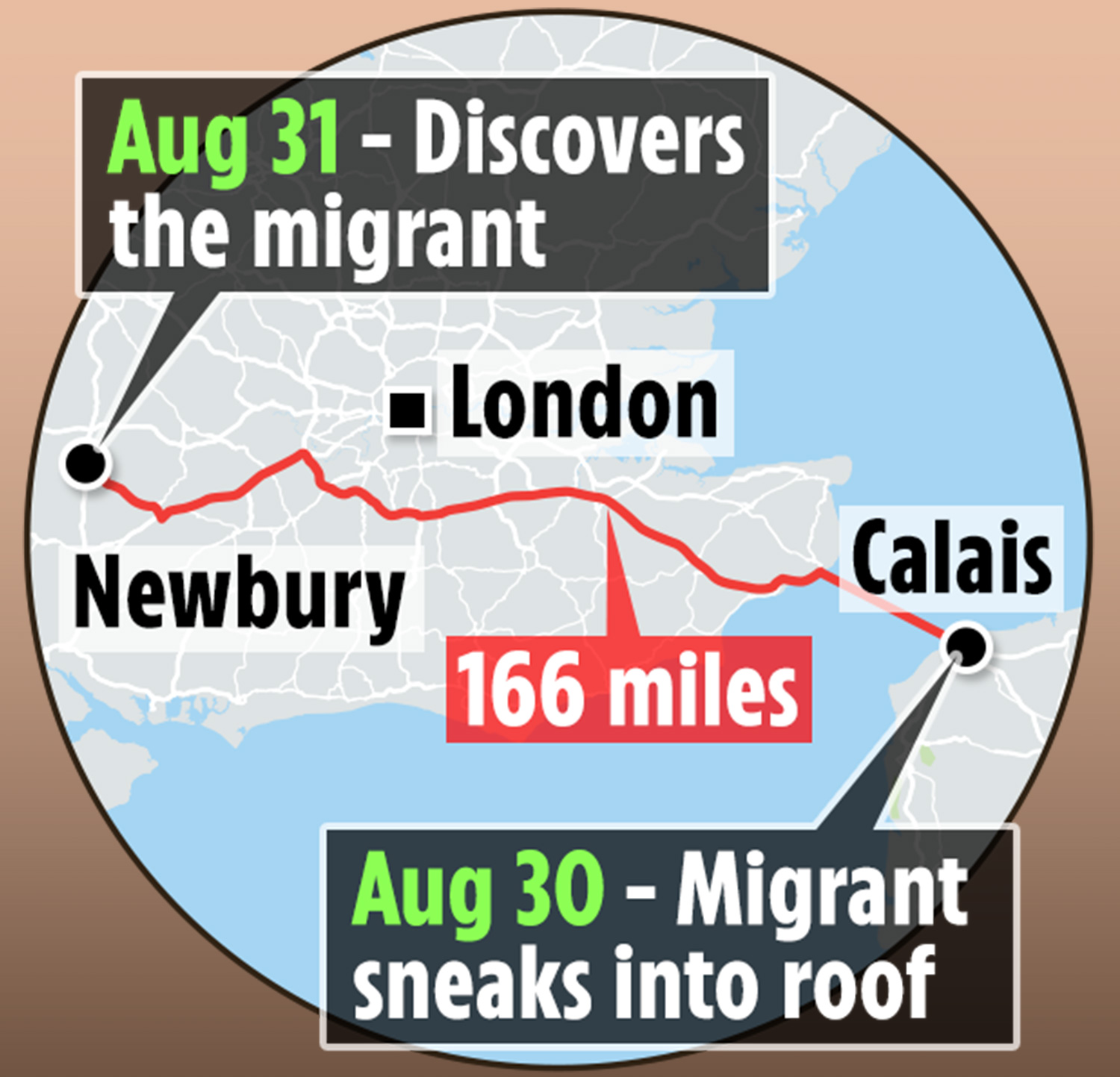 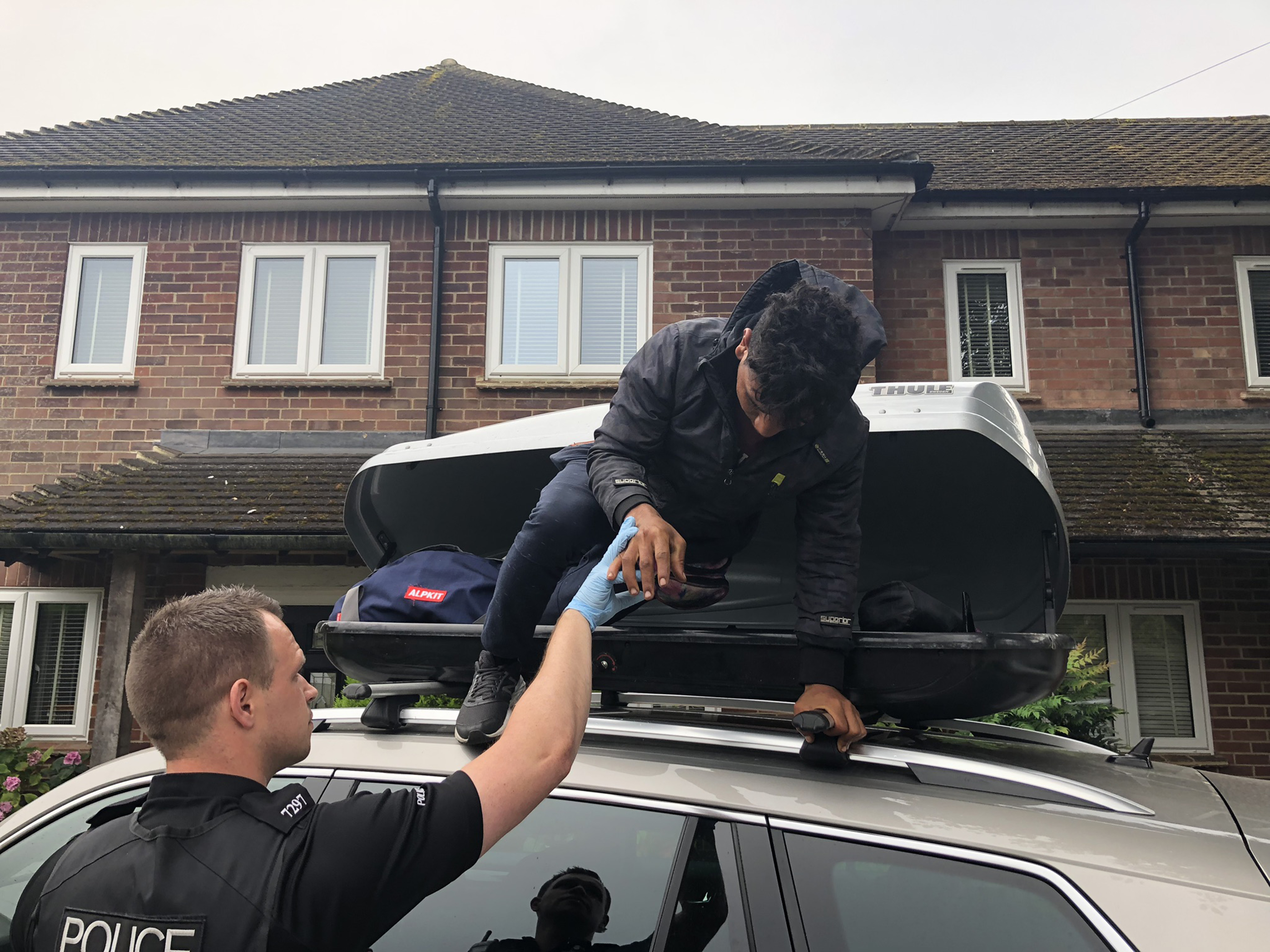 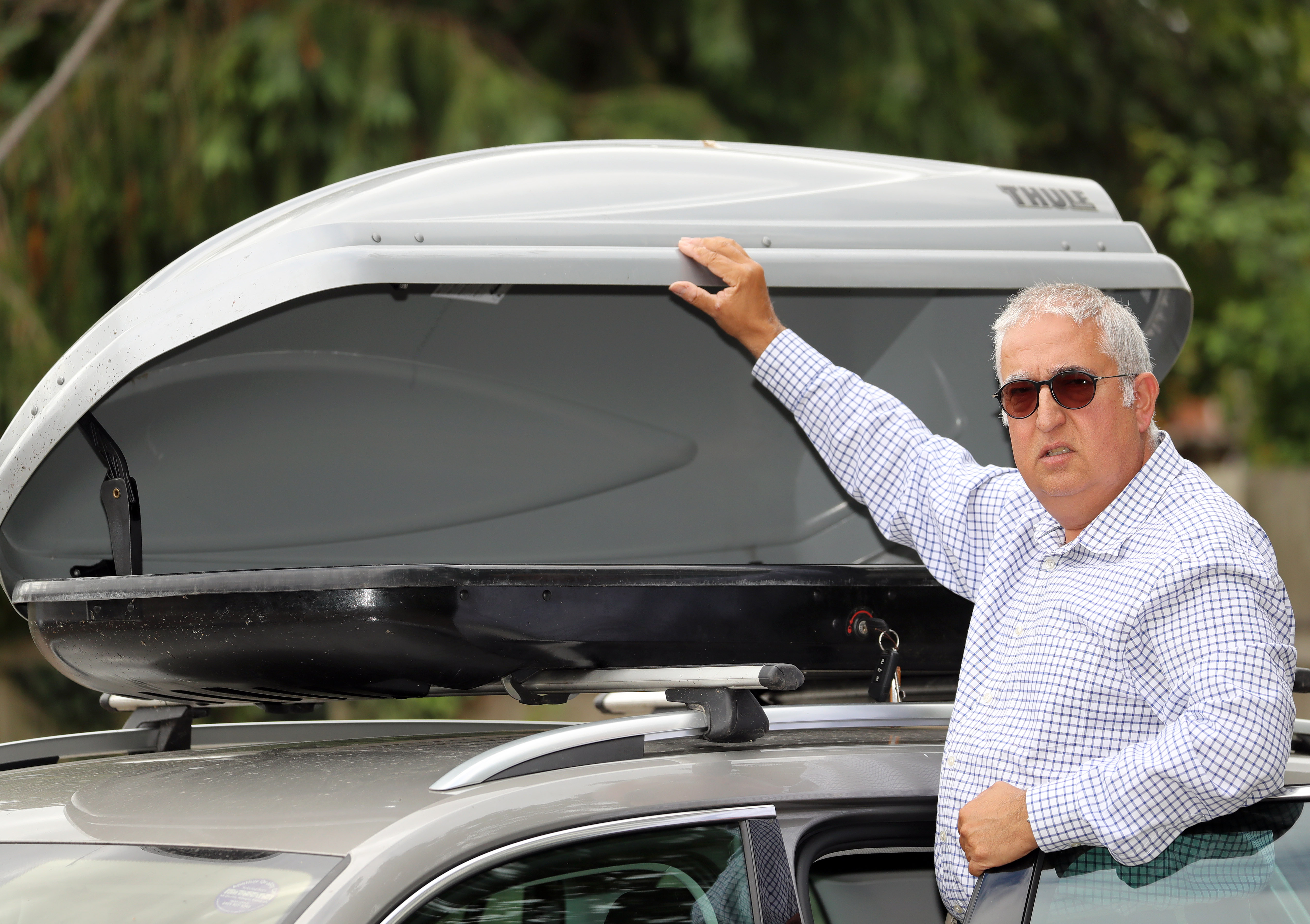 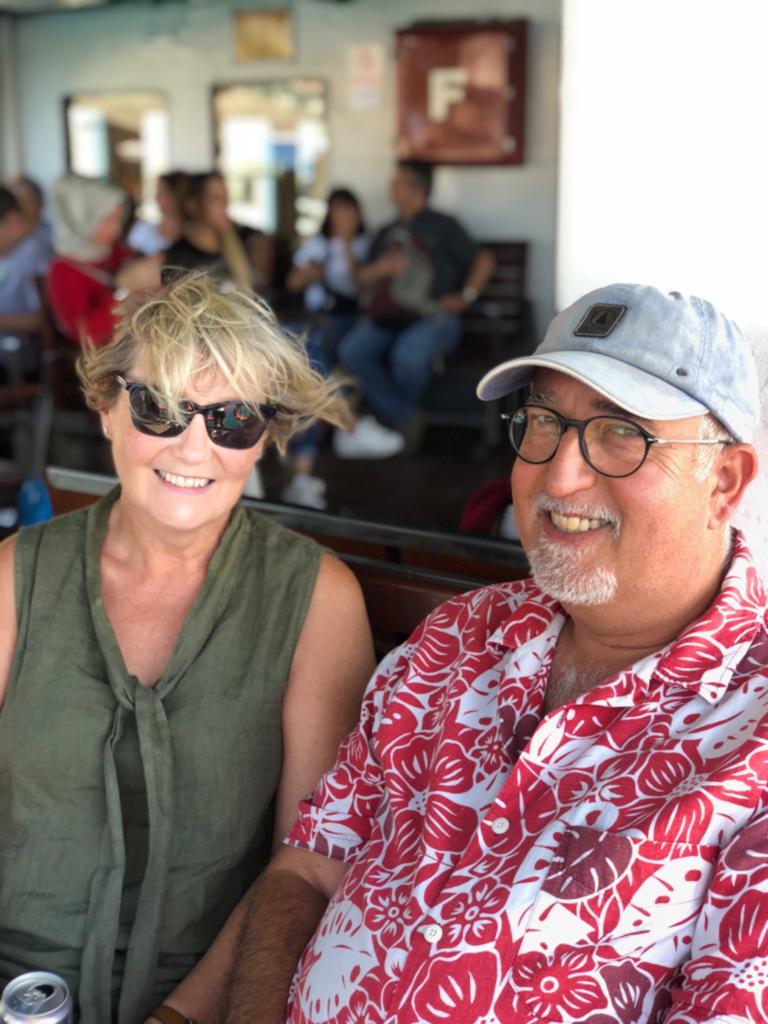