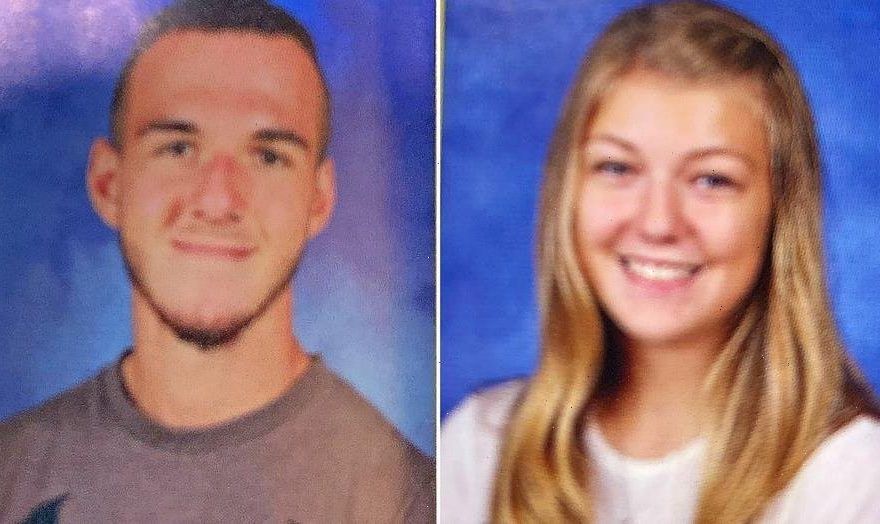 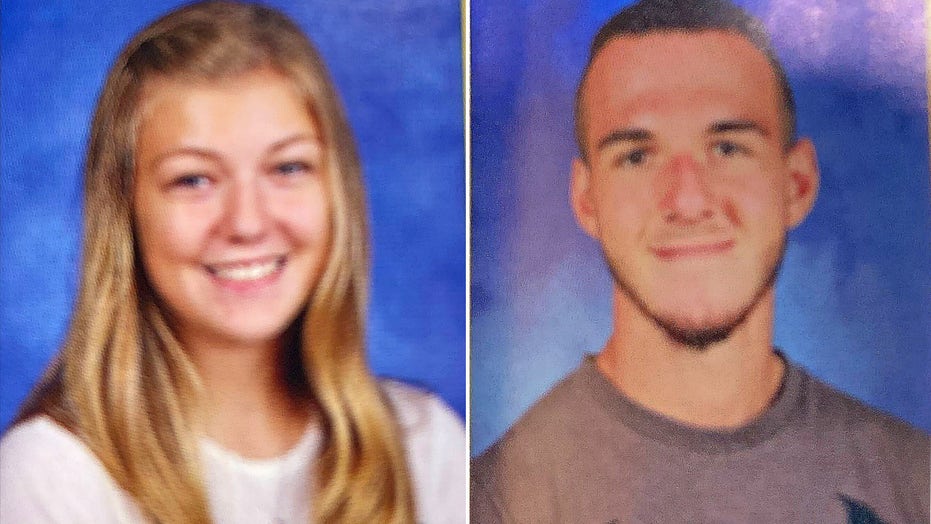 Protesters have moved from outside Brian Laundrie’s parents’ home to the home of his sister, Cassie.

Newly obtained high school yearbook photos give a glimpse of Gabby Petito and Brian Laundrie as teenagers, years before their ill-fated cross-country road trip as a travel-blogging couple.

The images show Petito in her sophomore year and Laundrie as a junior at Bayport-Blue Point High School in New York.

She looks similar, younger but with the same beaming smile. He is chubbier, with a chinstrap beard, peach-fuzz mustache and a full head of hair. 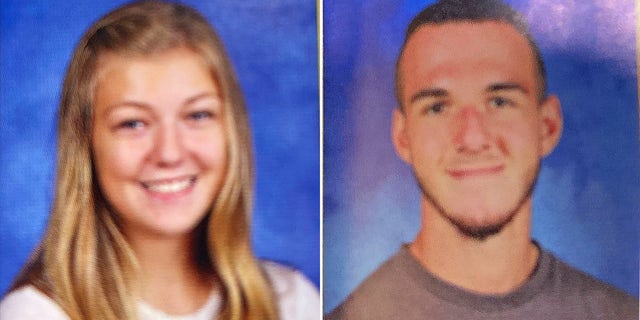 The images show Gabby Petito in her sophomore year and Brian Laundrie as a junior at Bayport-Blue Point High School in New York.

Despite growing up in the same area and attending high school together, the couple only started dating after graduation, according to a family spokesman.

Petito and Laundrie began dating in March 2019, according to an Instagram post from Petito celebrating their one-year anniversary.

A store owner near their Long Island hometown told Fox News last month that Petito had been coming into his shop since she was 12, but she never brought Laundrie. When she showed up to buy Laundrie a shirt before their fatal road trip, workers didn’t even know they were dating.

On July 2, 2020, Petito shared a photo of her and Laundrie that she said had been taken on their first date.

“Brian asked me to marry him and I said yes!” she wrote. “@bizarre_design_ you make life feel unreal, and everyday is such a dream with you.”

He shared the same photo as his first post on Instagram, calling Petito “the best side kick in the world.” 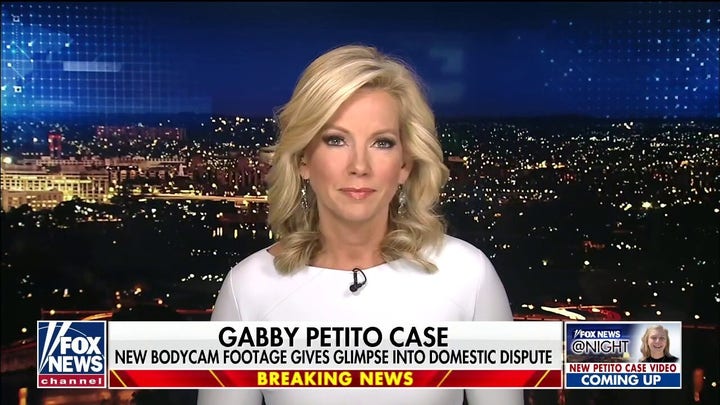 Despite their idyllic Instagram posts and YouTube channel, something went wrong over the summer on their cross-country trip.

Petito was last seen alive in late August. Laundrie arrived at his parents’ house Sept. 1 in her van, according to police records.

Her disappearance, reported Sept. 11, drew national attention. The discovery of her remains eight days later prompted an outpouring of support and demands that the Laundrie family step up their cooperation with authorities.

On Sept. 17, Laundrie’s parents reported him missing, telling authorities they hadn’t seen him for three days. And on Sept. 23, the FBI announced a federal warrant for Laundrie’s arrest on debit card fraud charges.

He’s been named a person of interest in Petito’s disappearance. A Wyoming coroner later ruled her death a homicide.