Pick and nick! Brazen sweet thief looks at camera as she munches on stolen sweets

A hungry shopper was caught on camera munching on stolen sweets in a store aisle.

The blonde woman dressed in a light blue floral frock can be seen tucking into a bag of honeycomb sweets as she walks around the shop.

CCTV footage inside the Hyper Value store in Barry Island, South Wales, shows her looking at the camera as she enjoys the treats. 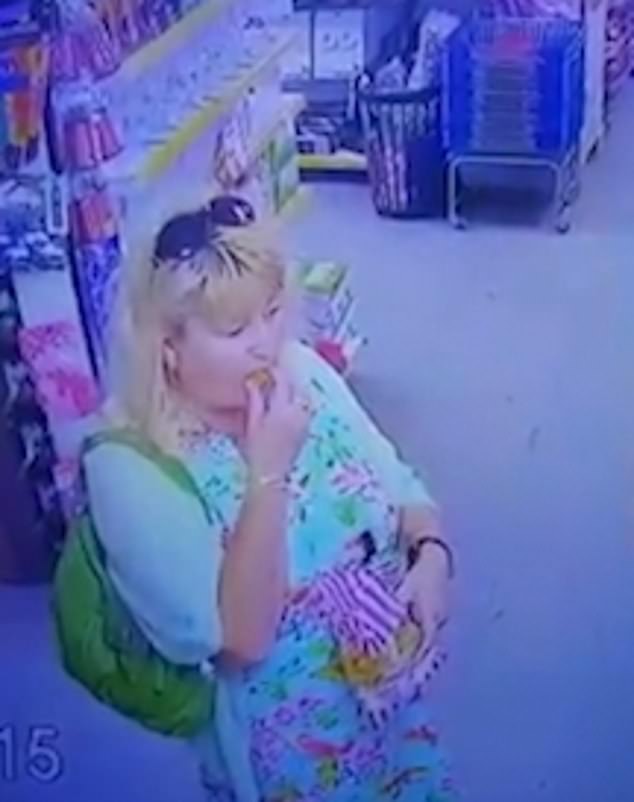 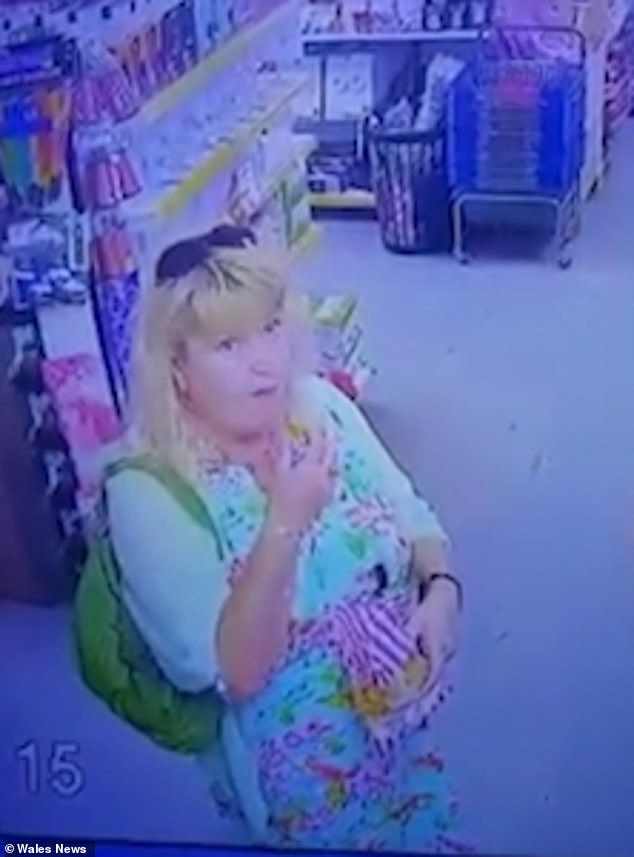 The lady takes a look at the shelves as she eats the sweets in the shop.

She eventually puts the packet back on the shelf, with some honeycomb pieces left inside.

After leaving the packet, she picks up one last honeycomb before walking away.

Bosses at the store said they are not an ‘eat half the packet of honeycombs before you buy’ kind of shop.

A shop spokesman said: ‘To this lady in the video who even looked straight up at our camera, we have sealed them up for you if you want to come back tomorrow when you get peckish.

‘Glad you took that last one mind.’