A BRAVE mum crouched over her three-day-old baby to protect her while her husband kicked her in the head.

Kerry Armstrong was brutally beaten by her husband Gary Peoples after punching and kicking her in the head and face before launching an assault on her 13-year-old daughter. 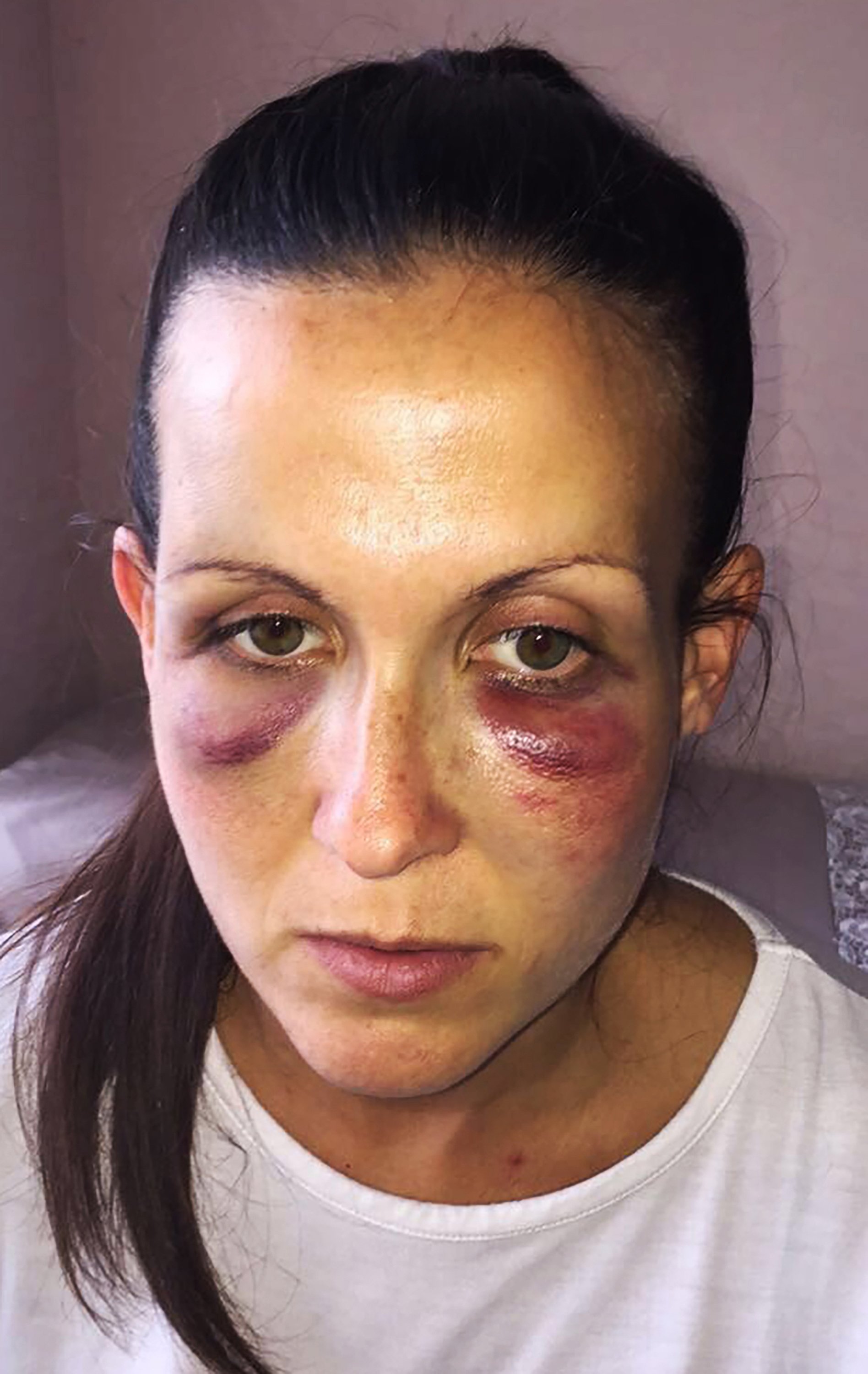 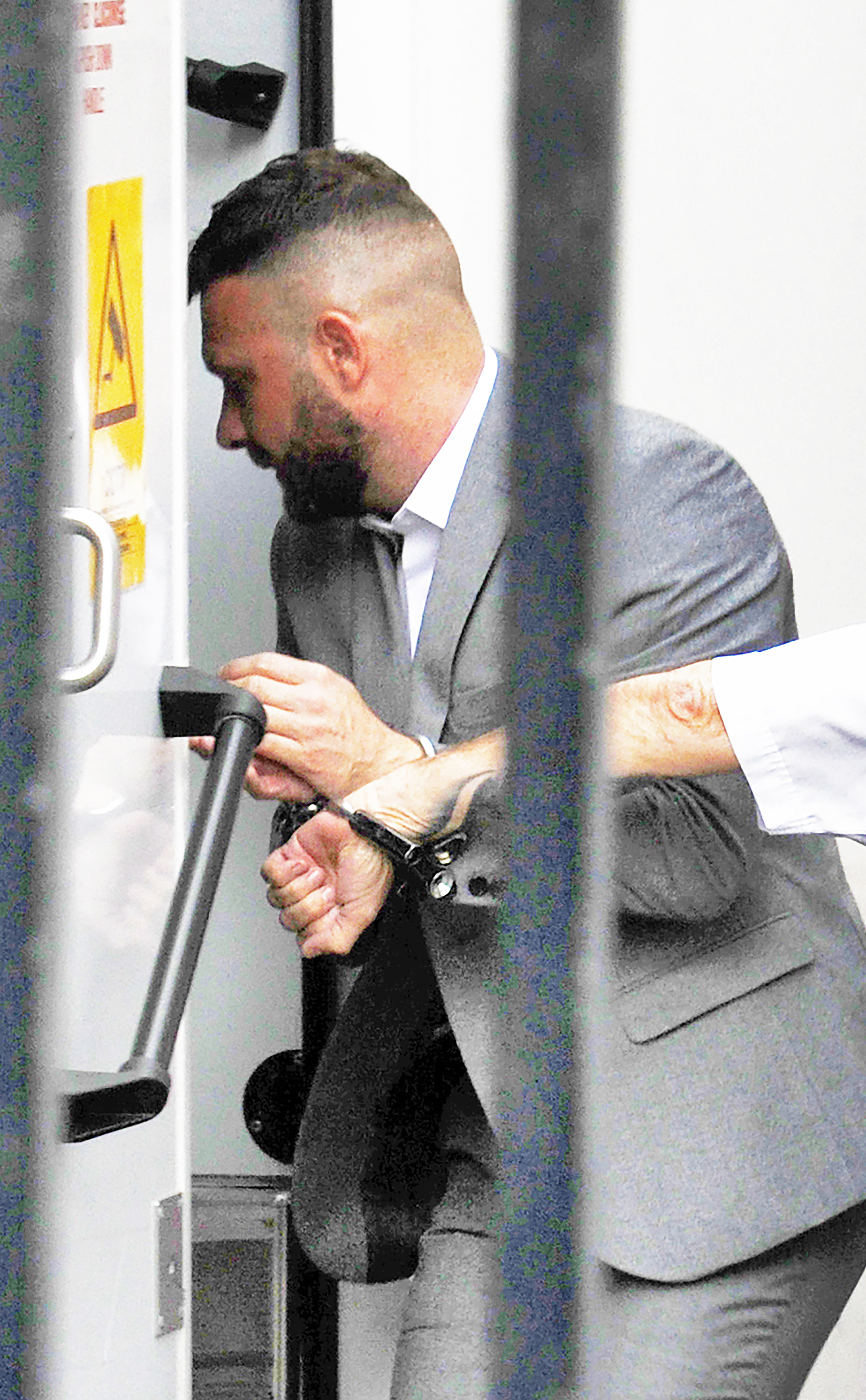 Peoples, 40, admitted to assaulting his wife and his step-daughter in the attack that happened on October 2, 2017, Belfast Live reports.

Ms Armstrong, of Belfast, was left with severe bruising and swelling and said she would never forgive her husband.

She added she was grateful the judicial system worked for her and encouraged victims of domestic violence to report to authorities.

The printer worker was jailed for 20 months by Judge Elizabeth McCaffrey at the Crown Court in Derry.

A barrister for the Public Prosecution Service told the judge three days after the couple’s daughter was born they had an argument in the bedroom.

Ms Armstrong had their newborn baby in her arms when she hit the floor and crouched over her daughter to protect her.

When her 13-year-old daughter came into the bedroom, Peoples turned to her and pushed her up against the wall.

The prosecutor told the court Peoples initially tried to stop his wife form leaving their flat but she eventually escaped and drove to her mother’s home where her brother reported the attack to police.

Peoples was arrested, but made a “no comment” interview.

A defence barrister said Peoples accepted it was terrible how he behaved towards his wife.

She added he was genuinely shameful and remorseful and that Peoples had not seen his daughter, who is now 18 months old, since the assault.

The barrister said that although there wasn’t a history of domestic violence between the couple, their relationship was difficult.
He added: "There was a very short romance before the marriage. Both parties brought their own children from previous relationships to the table.

I am glad that the judicial system has worked for me

“It was the meshing of two families which raised issues about relationships between the respective children and step children.

“Tensions were at times running high and the defendant bottled things up. He did not deal with things appropriately and he snapped.

“It was an out of character incident and one he will have to live with for the rest of his life.

Judge McCaffrey said the victim impact statements from Ms Armstrong and her teen daughter illustrated how abhorrent People’s actions were.

She added: “The message must go out that people who commit such crimes will receive condign punishment.”

Ms Armstrong said she was relieved the nightmare was over.

Speaking after her husband was caged she said: “I am glad that the judicial system has worked for me in this case.

“It has been quite a long time since this happened and it has been hard to get to this point.

“At times I just wanted to give up but I was determined to go through with it on behalf of other women who have suffered and who are still suffering from the effects of domestic violence.

"I want to thank in particular Women’s Aid in Belfast. Without their help and counselling and without the help of other domestic violence sufferers whom I have met and befriended I couldn’t have gone through with it.

“They gave me amazingly fantastic assistance. Until this happened to me I didn’t really appreciate the extent of the levels of domestic violence in Northern Ireland.

“Now I know and the women whom I now know who have been victims and who have come through it make me feel so humble.” 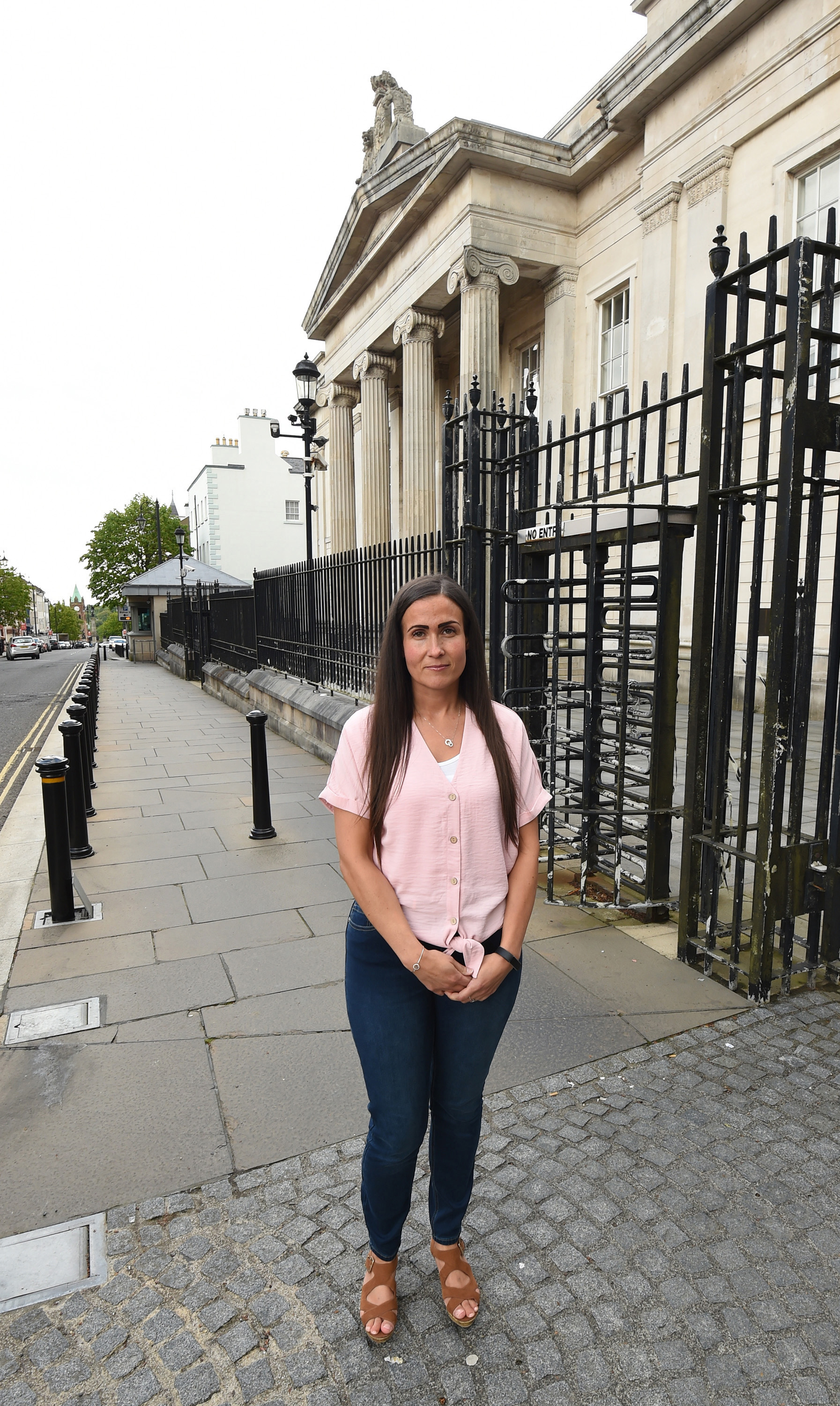