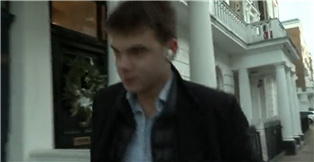 BORIS Johnson's top adviser was silent today as he was seen for the first time since joking about a No10 Christmas Party in a leaked video.

Downing Street's Head of Broadcast, Ed Oldfield, said nothing as he left his home in London this morning. 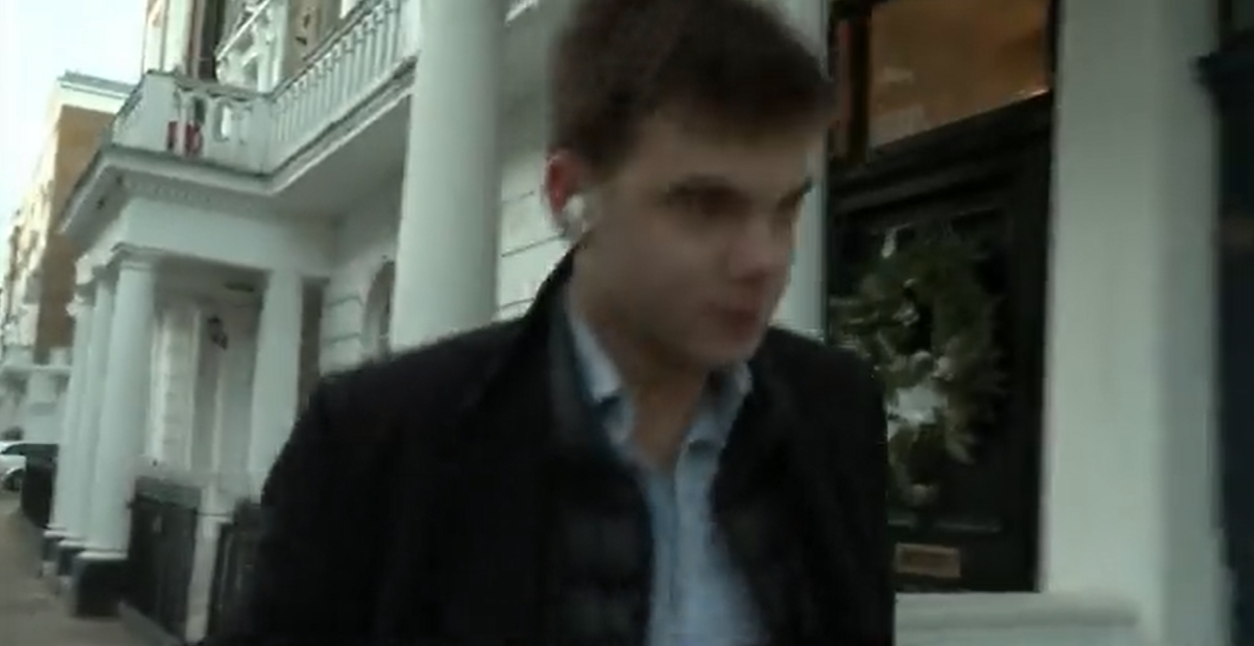 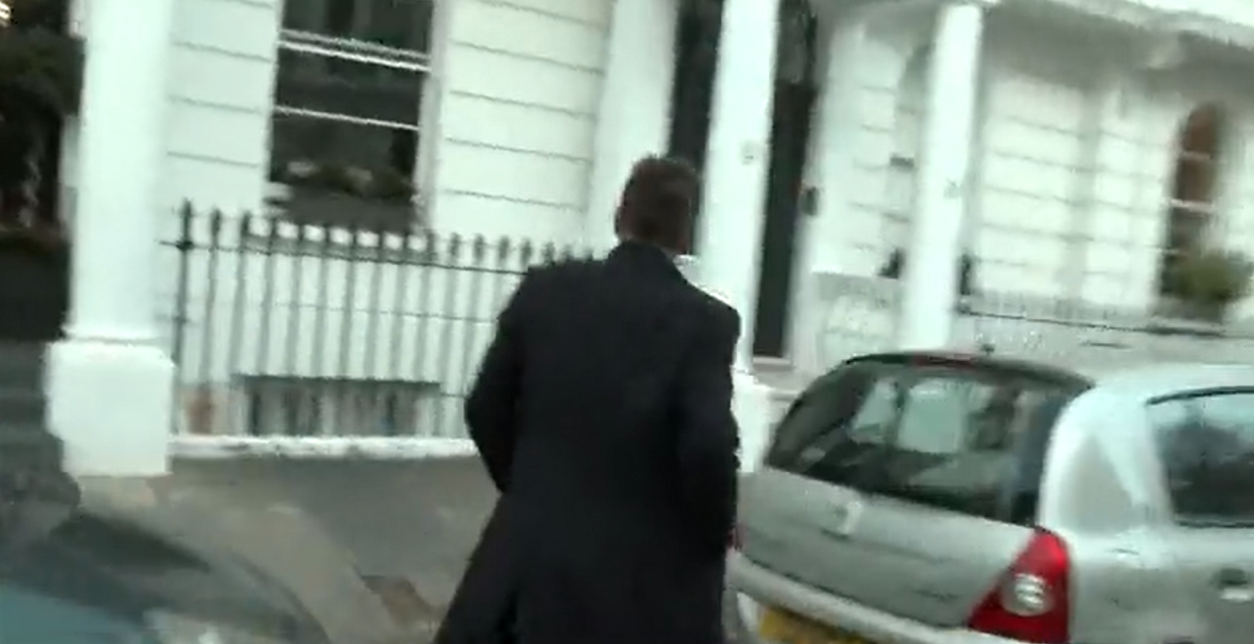 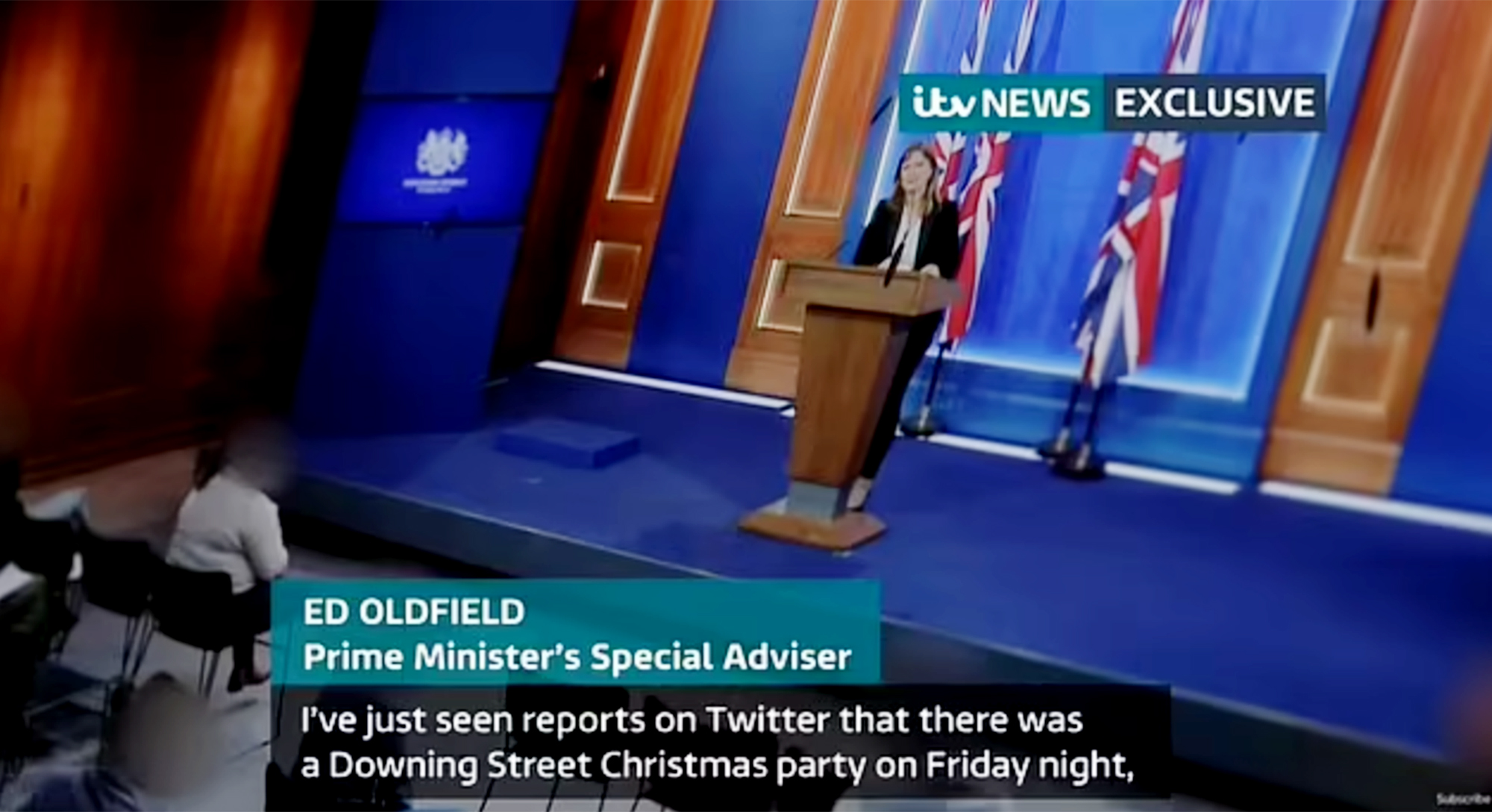 A reporter asked him today: "Was there a party at Downing Street?

"Will you be resigning as well?

"Have you got anything to say about the party?"

But he didn't reply.

It comes just hours after his colleague Allegra Stratton quit in tears after the leaked video was revealed of her joking and laughing about an apparent cheese and wine bash in No10 last December.

The PM has said he was "furious" to see the clip of his former Press Secretary taking part in a mock press conference at the height of Covid restrictions last winter.

In the clip, the PM's aide, Mr Oldfield was heard saying: "I’ve just seen reports on Twitter that there was a Downing Street Christmas party on Friday night, do you recognise those reports?”

Ms Stratton joked: "I went home!" before she paused to consider how to respond.

The aide added: "Would the prime minister condone having a Christmas party?”

Ms Stratton, who was due to lead daily political press briefings in the £2.5million press room before the plan was ditched earlier this year, laughed and replied: "what's the answer?" 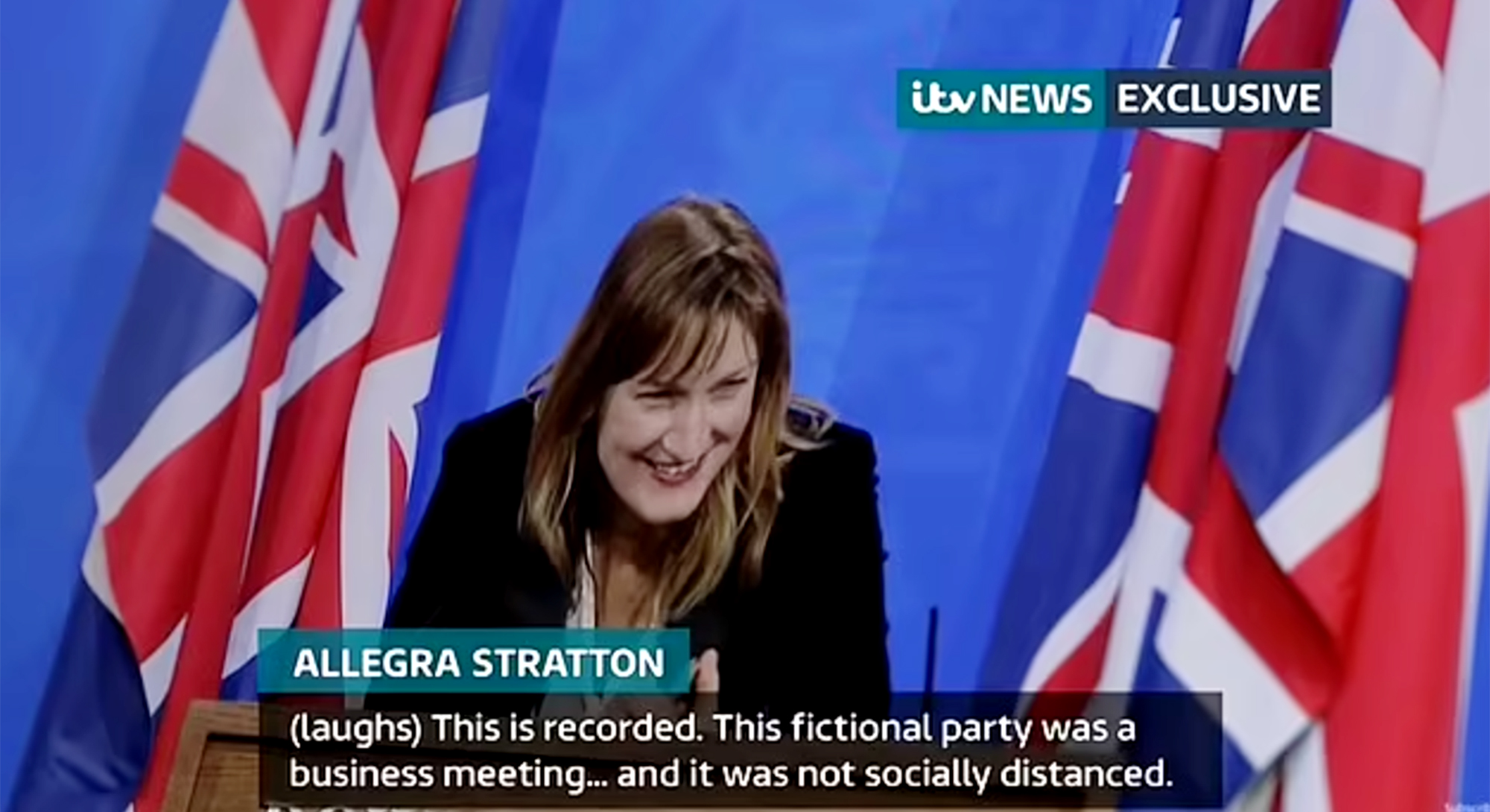 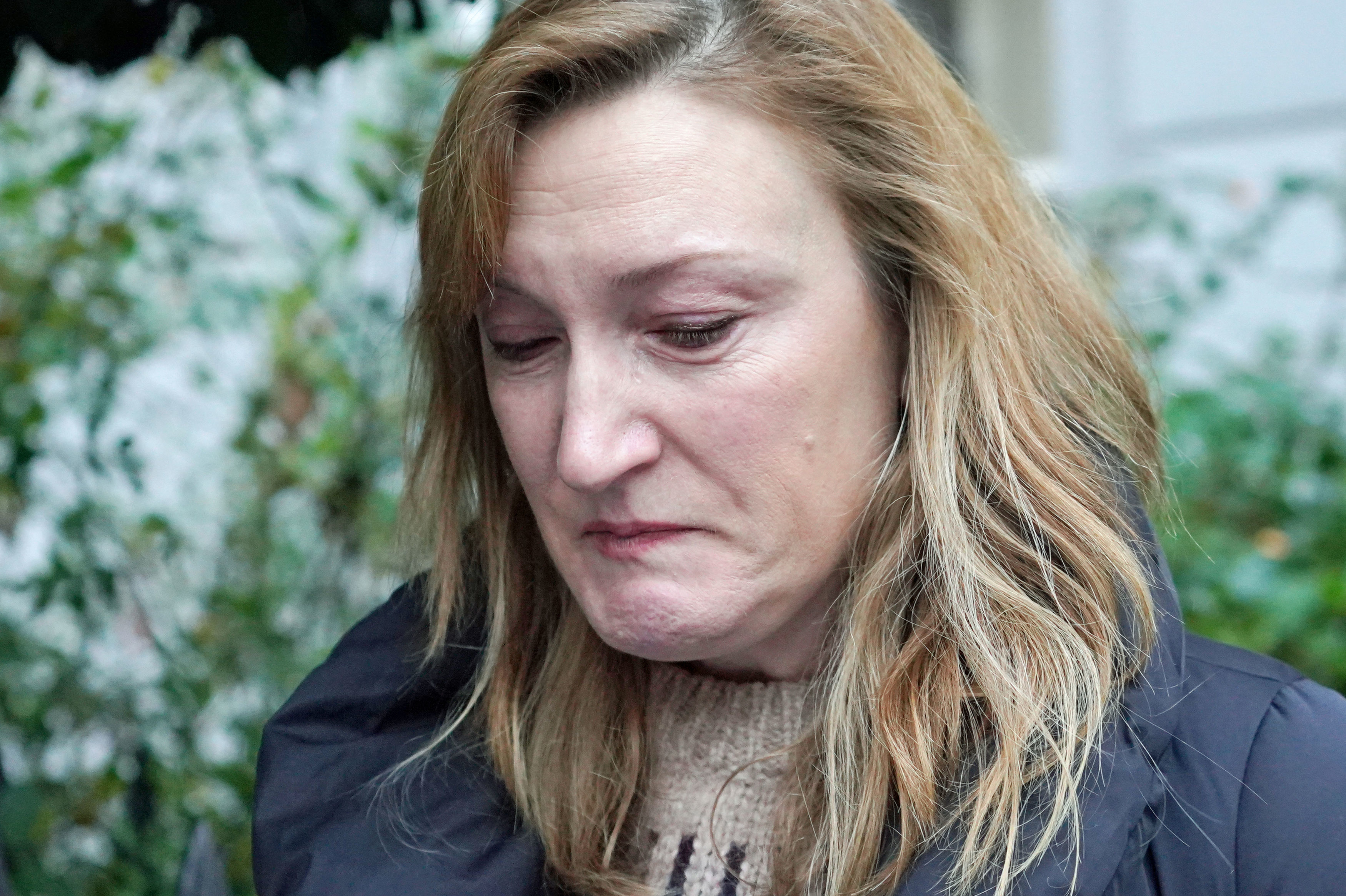 Another No10 staffer popped up to say: "It wasn't a party, it was cheese and wine."

Ms Stratton added: "Is cheese and wine alright? It was a business meeting…"

After a tearful statement outside her home yesterday, she quit her role as the PM's COP26 spokesperson.

Mr Oldfield remains in post and is not under any probe, Downing Street said yesterday.

Mr Johnson ordered an investigation into the alleged No10 bashes, after a flood of reports that several events took place last winter over a number of weeks.

Sir Simon Case, the Cabinet Office and civil service chief, will look into the incidents and work out if any laws were broken.

Any civil servants or special advisers who were present at any of the parties may face displinary action too.