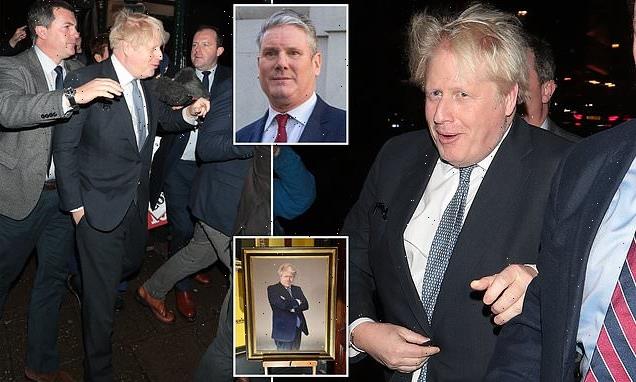 Boris Johnson has issued a rallying cry to the Conservative Party, urging it to unite to defeat Sir Keir Starmer.

The former prime minister told supporters at the Carlton Club last night that the ‘political dynamic’ will change, allowing the Tories to ‘win again’.

Once again branding Sir Keir ‘Captain Crasheroonie Snoozefest’, he told supporters and club members there was ‘only one party’ that would cut tax, stand up to union barons and disrupt ‘evil’ people-smuggling gangs.

Extracts from his speech reveal that Mr Johnson said: ‘Only one party really believes in Brexit… And when people realise this, I think the political dynamic is going to change…

‘There is no desire to vote for Keir Starmer, for Captain Crasheroonie Snoozefest. 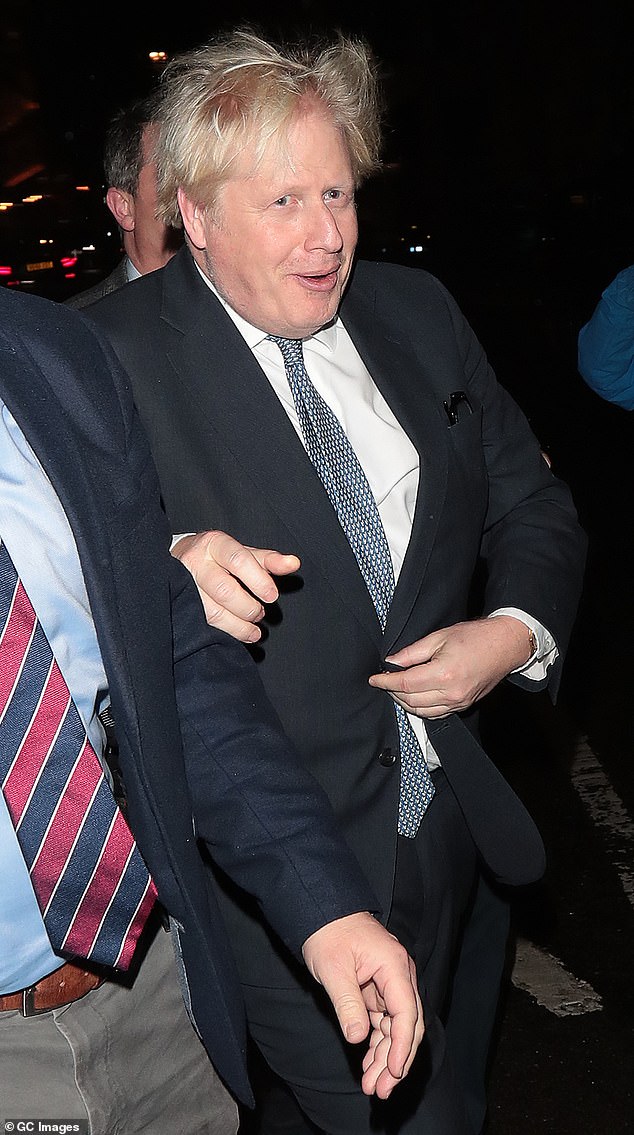 Spring in his step: Boris Johnson gives one of his most politically-charged speeches since being ousted as Prime Minister, insisting last night that only one party could defeat striking union barons, ‘evil’ people-smuggling gangs and cut taxes. He is pictured at the Carlton Club 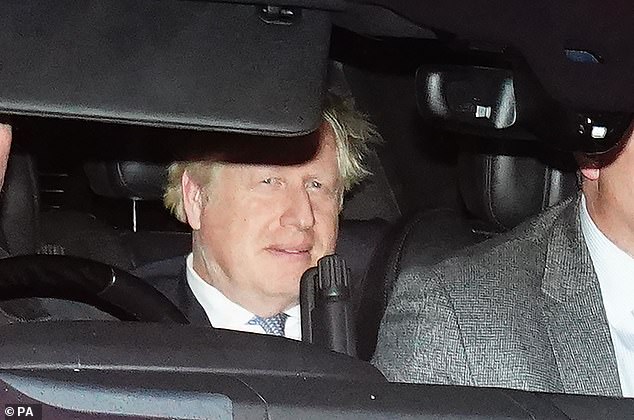 Rallying the Tory faithful, Mr Johnson told supporters to ‘never give in’ and to ‘keep backing the Government’. He is pictured on Tuesday evening arriving at London’s Carlton Club

‘So never give in, keep fighting, keep backing the Government – keep making the case for levelling up, for opportunities and for a dynamic low-tax global Britain. That is how we will win again.’

He added: ‘At this dawn of this bright new year I make some confident predictions.

‘Inflation will come down dramatically – across the world and this country.

‘China will get through Covid, which will be very important for the global economy. Putin will lose in Ukraine.

‘And the Conservative Party will recover – people will realise that there is only one party that yearns to reduce the burden of tax.

‘There is only one party that really believes in extending the joys of home ownership.

‘There is only one party with the guts to stand up to the Union barons.

‘Only one party, the Conservative Party, that believes in the union with Northern Ireland and will pass the necessary laws to protect the economic integrity of the UK. 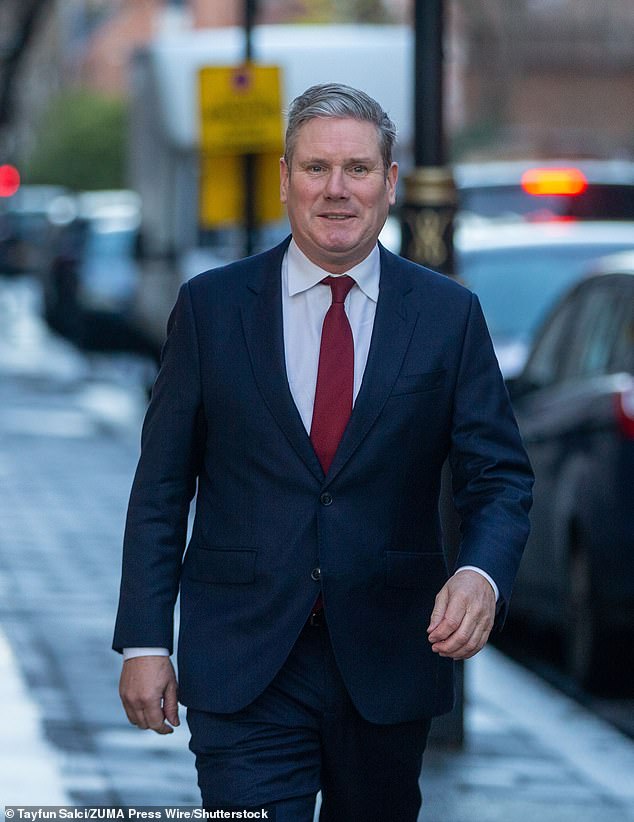 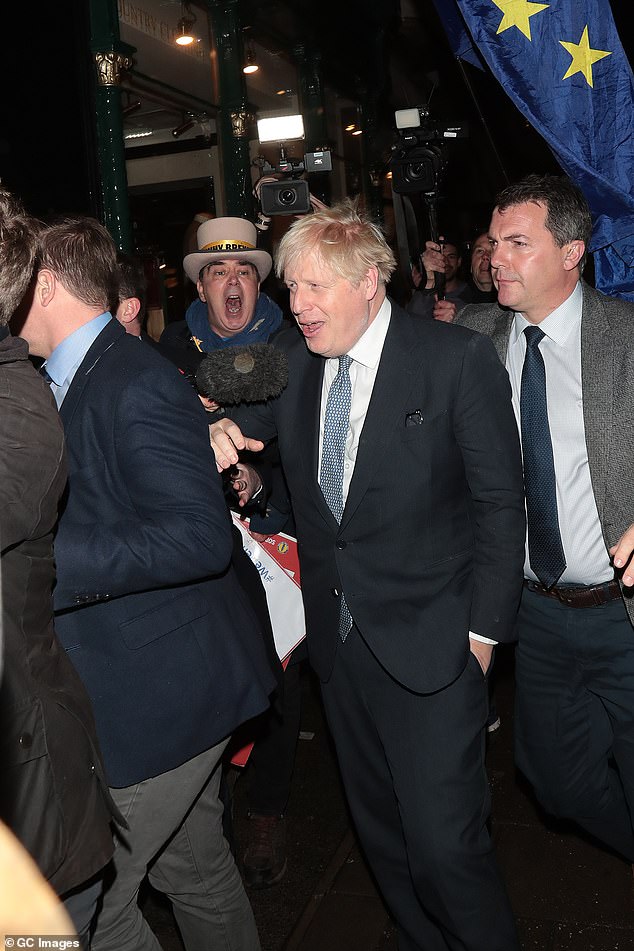 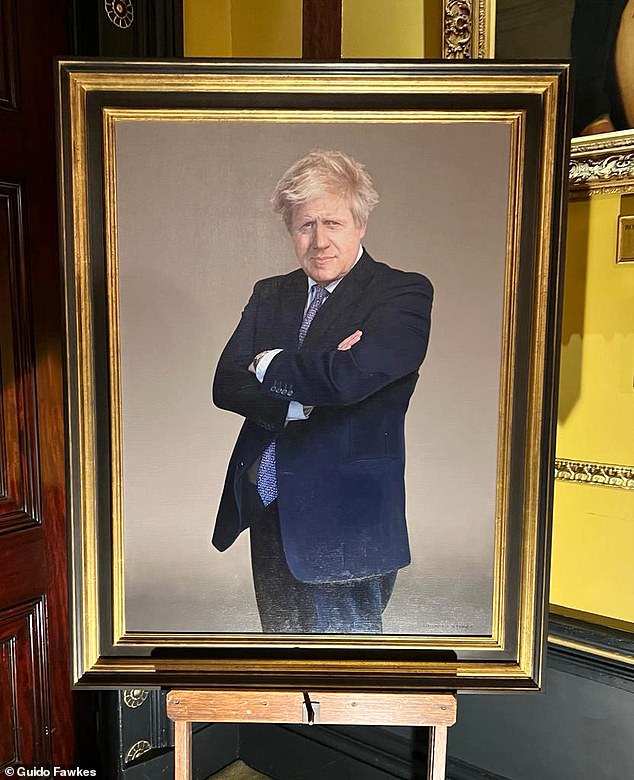 Mr Johnson made the speech as he unveiled a new portrait of himself at the Carlton Club, a tradition for all ex-Tory PMs

‘Only one party that will dare to do what is necessary to disrupt the evil gangs that send people across the Channel in unseaworthy vessels – by sending illegal immigrants to Rwanda.’

Mr Johnson made the speech as he unveiled a new portrait of himself at the Carlton Club, a tradition for all former Conservative prime ministers.

His comments calling for party unity will be interpreted as an attempt to distance himself from speculation he is preparing a comeback.

Friends said the former PM has not been in touch with ‘Bring Back Boris’ campaigners, and that he would ‘have to be coaxed back’ to frontline politics.

Speculation about Mr Johnson’s return came after former culture secretary Nadine Dorries, a close ally of the ex-PM, wrote in The Mail on Sunday that it was ‘Boris or die’ for the Tory party.