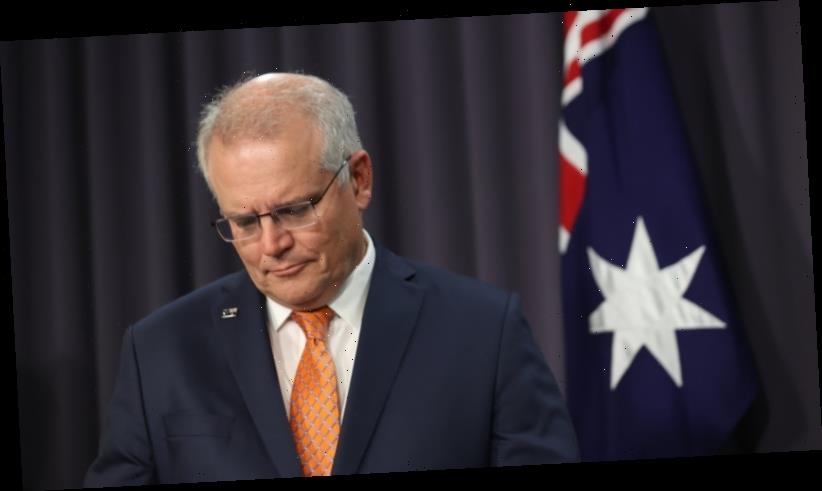 Pfizer is now the preferred vaccine for people aged under 50 after Australia’s medical experts held a lengthy meeting on Thursday to discuss a rare but serious blood clotting side effect linked to the AstraZeneca vaccine.

The government is now reviewing Australia’s vaccine portfolio as the entire rollout will require an overhaul, putting the government’s plan to vaccinate the entire population by October in doubt.

Prime Minister Scott Morrison said the new advice from the Australian Technical Advisory Group on Immunisation was not a prohibition on the use of the AstraZeneca vaccine in people aged under 50. 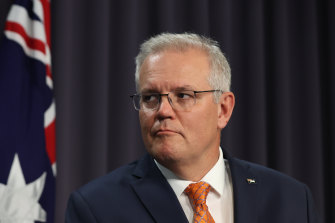 Prime Minister Scott Morrison said the advice was not a prohibition on the use of the AstraZeneca vaccine in people aged under 50.Credit:Alex Ellinghausen

″⁣This is not a directive. This is not an instruction,″⁣ he said, noting they were taking an abundance of caution with the new advice. He said the impact of this decision on the timeline of the rollout was uncertain.

″⁣Tomorrow, and over the weekend, there will be a recalibration of how the program will need to be adjusted to take into account decisions the government’s taken tonight to accept those recommendations from ATAGI,″⁣ he said last night.

The development came as it emerged yesterday that Victoria had been dipping into its back-up vaccine supply to ensure people who had appointments were not being turned away as Commonwealth deliveries arrived consistently late.

Australia’s decision on recommending the Pfizer vaccine for people under 50 follows changes by European medical regulators after a review of data confirmed a rare blood clotting condition seen in a small number of patients was linked to the AstraZeneca vaccine.

Chief Medical Officer Paul Kelly said the rare but serious blood clot disorder was discussed at the meeting. ″⁣This is a rare event,″⁣ he said. ″⁣But it is serious and can cause an up to 25 per cent death rate when it occurs.″⁣

For those over 50, Health Department secretary Brendan Murphy said AstraZeneca was strongly recommended. ″⁣It is a vaccine that is very, very effective,″⁣ he said. 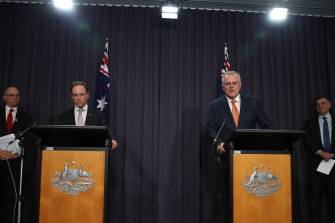 The Australian Technical Advisory Group on Immunisation spent hours last night considering the medical evidence. It then issued new advice on the AstraZeneca vaccine, which it provided to the government just after 7pm.

The TGA made three recommendations, including that AstraZeneca was preferred in adults over 50. It also recommended that adults under the age of 50 should only be given AstraZeneca where the benefits clearly outweighed the risks. It recommended that adults under 50 who had already received their first doses without experiencing serious side effects could safely be given their second dose.

Professor Kelly stressed the data on the rare clotting side effect, venous thromboembolism, was still only preliminary.

″⁣There are very few cases of this extremely rare event that have happened anywhere in the world, but the ones we’ve seen, there’s definitely a tendency for the younger people [to develop it],″⁣ he said.

The UK regulator has decided to offer an alternative vaccine for those aged under 30.

Australia has purchased 20 million doses of the Pfizer vaccine and has been relying on the AstraZeneca vaccine as the workhorse of the rollout. The country is expecting its first deliveries of the Novavax vaccine, pending regulatory approval, some time in the fourth quarter of the year.

Yesterday morning, the Prime Minister said the risk of severe side effects with the AstraZeneca vaccine was much lower than with common drugs including paracetamol and the oral contraceptive pill.

Mr Morrison said it was important to know the risk of developing venous thromboembolism was much lower following the AstraZeneca vaccine than the risk of death from COVID-19.

″⁣Let’s note that in the UK, the advice is that some 6000 people’s lives have already been saved by this very vaccine,″⁣ he said.

From UK data, the risk of venous thromboembolism following the vaccine was about one to five per million people.

″⁣To put that in some sort of perspective, the combined oral contraceptive pill, that can include adverse side effects of venous thromboembolism – that’s seven to 10 per 10,000,″⁣ Mr Morrison said.

The advice has been shared with the expert medical panel, the Australian Health Protection Principal Committee, which is comprised of all state and territory chief health officers and led by Professor Kelly.

The matter will also be discussed in national cabinet today and in meetings with state and territory health ministers.

On Wednesday 75,880 doses of the Pfizer and AstraZeneca vaccines were administered across the country, taking the national total to 996,214 vaccine doses administered, Mr Morrison said.