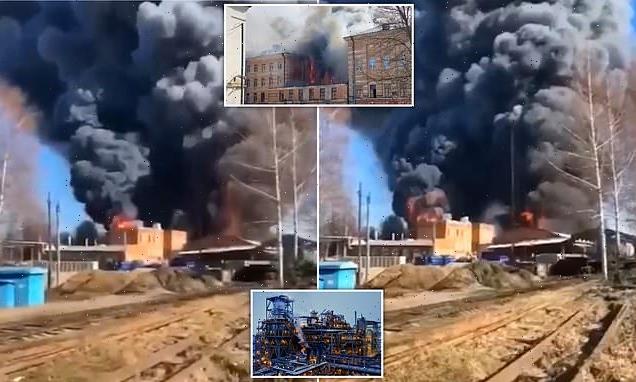 A blaze broke out at Russia’s largest chemical plant just hours after a huge fire at a military facility killed seven people.

The cause of the fire remains unknown. Almost 150 plant workers were reportedly evacuated.

The facility in Kineshma, east of Moscow produces more industrial solvents than any other in Russia.

It is less than 1,000km from the border with Ukraine. 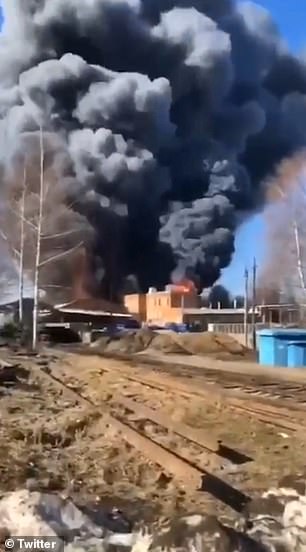 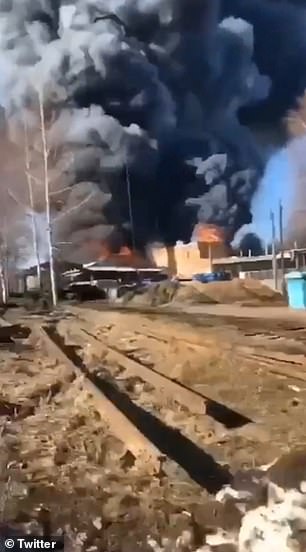 ‘We are beginning to see a pattern develop.’

The Dmitrievsky blaze follows a deadly fire around lunchtime at a top secret Ministry of Defence research facility in Tver, west of the Russian capital. 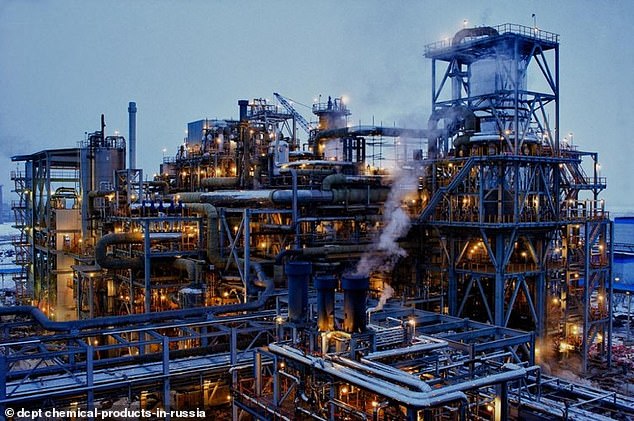 Seven were killed and 25 were injured after the mysterious fire caused the roof to fall in.

Four military scientists were forced to jump out of windows from the burning institute in Tver which develops new space and weapons systems.

The cause was not clear but there were reports of ‘poisonous bluish-black smoke’ at the plant which produces Iskander missiles.

It was unclear if there were chemical releases before the fire or as a result of the raging inferno.

Iskander missiles have a range of 300 miles and are designed to confound missile defences by flying on a low trajectory. 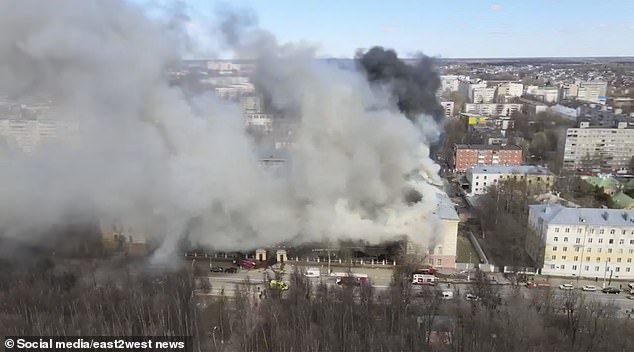 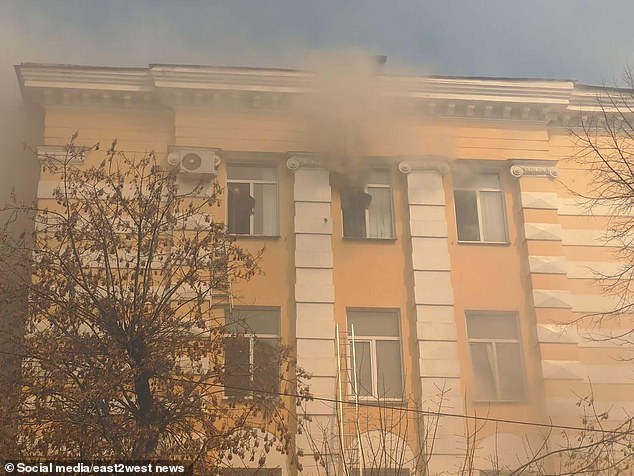 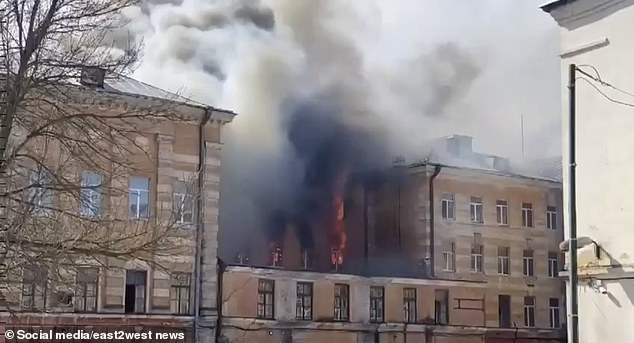 Earlier this week, Russia said its forces destroyed four arms and military equipment depots in Ukraine overnight with the missiles in one overnight strike.

Video shows the fire at the defence ministry facility, which comes as Russia is engaged in a lengthy and unsuccessful invasion of Ukraine.

The first blaze was at the Second Central Research Institute of the Ministry of Defence of the Russian Federation.

It reportedly broke out on the building’s second floor and spread rapidly via the facility’s wooden floors.