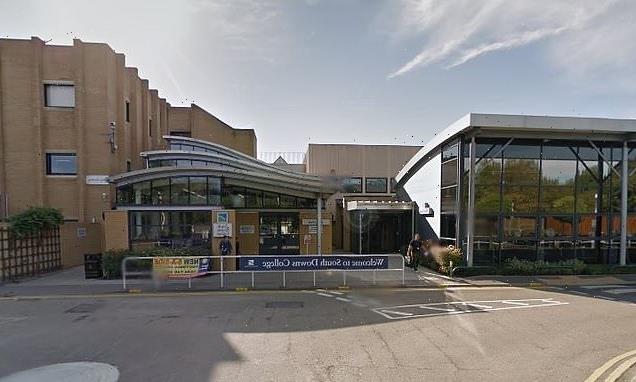 An English teacher who argued she was promoting equality and diversity simply by being black and teaching mainly white students has won a legal case after being given ‘humiliating’ feedback on her lessons.

Betty Knight was accused of not doing enough to promote equality and diversity and was put on an improvement plan after being monitored for just 25 minutes at Havant and South Downs College in Hampshire.

She claimed she was ‘berated, humiliated and racially stereotyped’ by feedback from the assessment.

When she argued she was challenging racial stereotypes and providing a positive role model, she was harassed out of her job, an employment tribunal ruled.

Her assessor, a senior learning manager for teaching, sent an email to a colleague complaining Mrs Knight was ‘now throwing the E&D Black comment at me too’.

Mrs Knight, who is black British, launched a grievance case against the college after being put on an improvement plan and resigned after seeing the email.

She then sued the college, claiming she had been harassed out of her job. 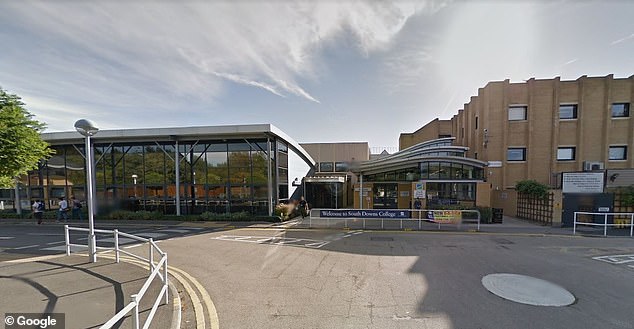 Mrs Knight told an employment tribunal the email between her assessors ‘insinuated’ she was ‘playing the race card’ after being criticised for not ‘promoting’ equality and diversity in her lessons.

She said she had found the remark to be ‘quite offensive, very unprofessional and evidence of victimisation and discrimination.’

The hearing in Southampton was told she started working at Alton College in 2013, which was part of a merger and became Havant and South Downs College in 2019.

In December 2019 she was selected for a lesson observation.

The report of Mrs Knight’s lesson was ‘overwhelmingly negative’, the tribunal heard.

There was ‘very little’ noted in the ‘strengths’ column and comments in the ‘areas for development’ section would be ‘highly demoralising for a teacher’.

Later that day Mrs Knight was called to a meeting and given feedback.

She told the hearing she was ‘berated, humiliated and racially stereotyped’ by one of the assessors, a learning manager for teaching called Claire Scott.

Ms Scott rejected this characterisation and the tribunal agreed with her.

They found she was ‘somewhat blunt’ in her feedback but did not agree she had racially stereotyped Mrs Knight in the meeting.

The tribunal stated that Mrs Knight considered herself, ‘with good reason’, to be a ‘conscientious and good teacher’ but that the negative feedback, after a brief 25 minute observation was ‘bound to have damaged her confidence and self-esteem’.

Following this meeting she was put on an ‘improvement plan’ – requiring her to work with another teacher.

The tribunal heard this left Mrs Knight feeling like she was in the bottom 10 per cent of teachers at the college.

The panel agreed that putting a teacher on a performance improvement programme was entirely acceptable to maintain standards.

However, Havant and South Downs College had not followed their own guidelines, as teachers are supposed to be assessed for at least 30 minutes.

The tribunal found that the college’s action would ‘seriously damage’ trust and confidence between themselves and Mrs Knight.

The hearing was told that Ms Scott’s feedback form explained that the main criticism of her English lesson was that Mrs Knight had failed in her ‘promotion of equality and diversity’.

She then responded by sending an email saying: ‘As regards Equality and Diversity, I am a black teacher who is teaching English to a majority of white students.

‘Is that not a challenge to the racial stereotype and a positive role model to the one Black student in the class?

‘Yet, it appears my presence and efforts (it’s exhausting to have to keep fighting for equality!) are being seen by you as making a completely ‘insufficient impact on learning’!! An area for development?’

Ms Scott then sent an email to her fellow assessor saying: ‘Unfortunately she is now throwing the E&D Black comment at me too’.

The tribunal found that the email suggested Mrs Knight’s colleagues thought that ‘rather than advancing arguments in good faith’, Mrs Knight was ‘throwing’ her comments about her race around.

After being put on the improvement plan, Mrs Knight went off sick and raised a grievance with college bosses.

During that process, which began in February 2020, she was handed relevant documents and saw the email which she said she found ‘offensive and unprofessional’, which she felt insinuated she was ‘playing the race card’ and was evidence of ‘victimisation and discrimination’.

She subsequently resigned in February 2021.

The tribunal ruled that the email constituted ‘unwanted conduct related to race’ which ‘violated’ Ms Knight’s dignity and created an ‘intimidating, hostile and offensive’ working environment.

In the ruling Employment Judge James Dawson said: ‘We find [the email] was an act of harassment.

‘Whilst it was one of a number of reasons for her resignation it materially influenced Ms Knight in making her decision [to resign].

‘We find that the comments did have a significant influence on Ms Knight who, reasonably, felt that she was being accused of playing the race card.

‘In those circumstances we find that the constructive dismissal was itself an act of harassment.’

A further hearing will be held in due course to decide what compensation Mrs Knight receives for her constructive dismissal.

She lost an additional claim for race discrimination, having claimed that wile on a variable hours contract she had not been informed when a permanent role became available at the college in 2017.