A GROUP of "Black Lives Matter protesters" tried to block a hospital entrance where cops were being cared for, screaming "I hope they f***ing die," reports say.

The alleged activists attempted to block the entrance to a hospital in Los Angeles late on Saturday night, according to disturbing videos that emerged on Twitter and eye-witness accounts. 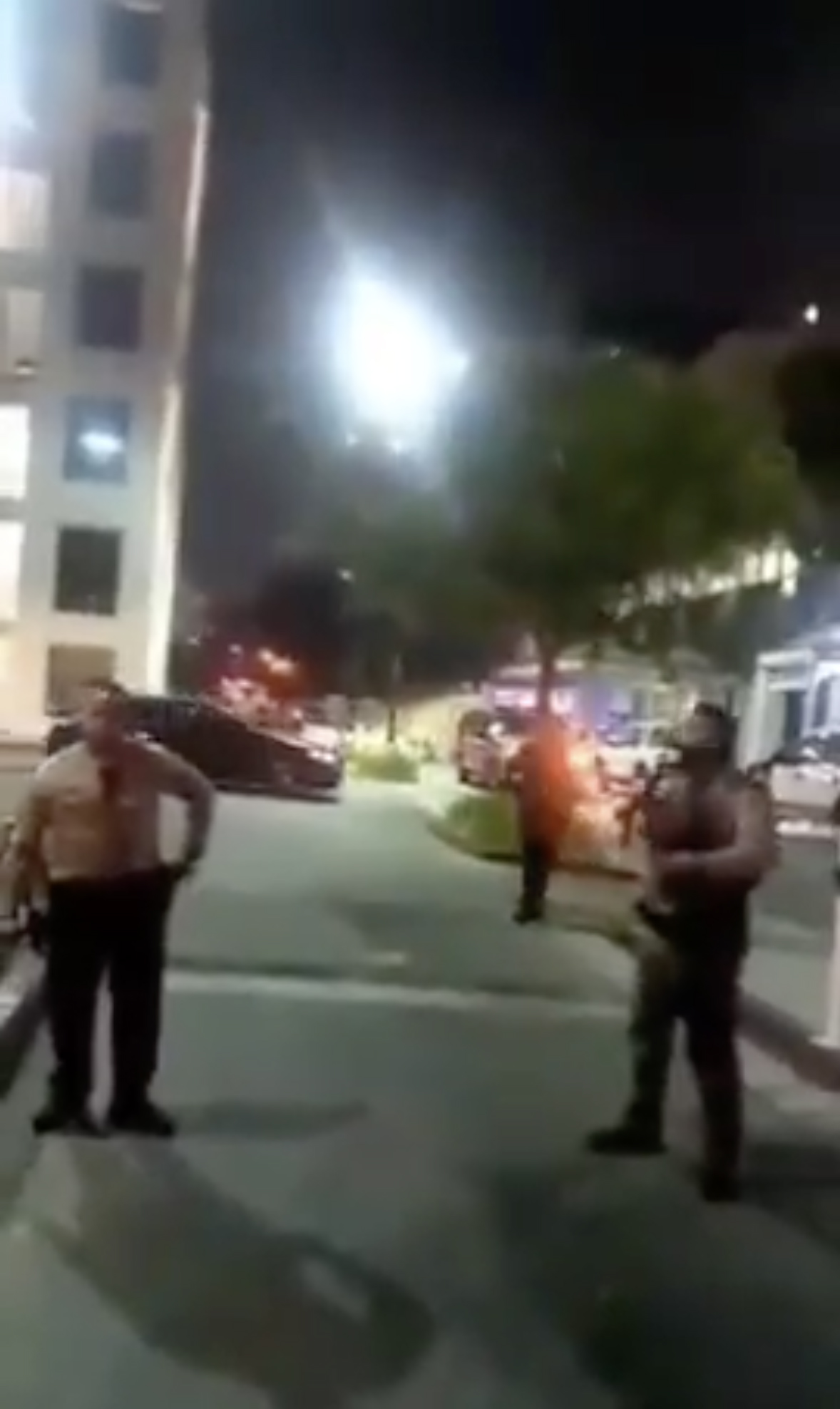 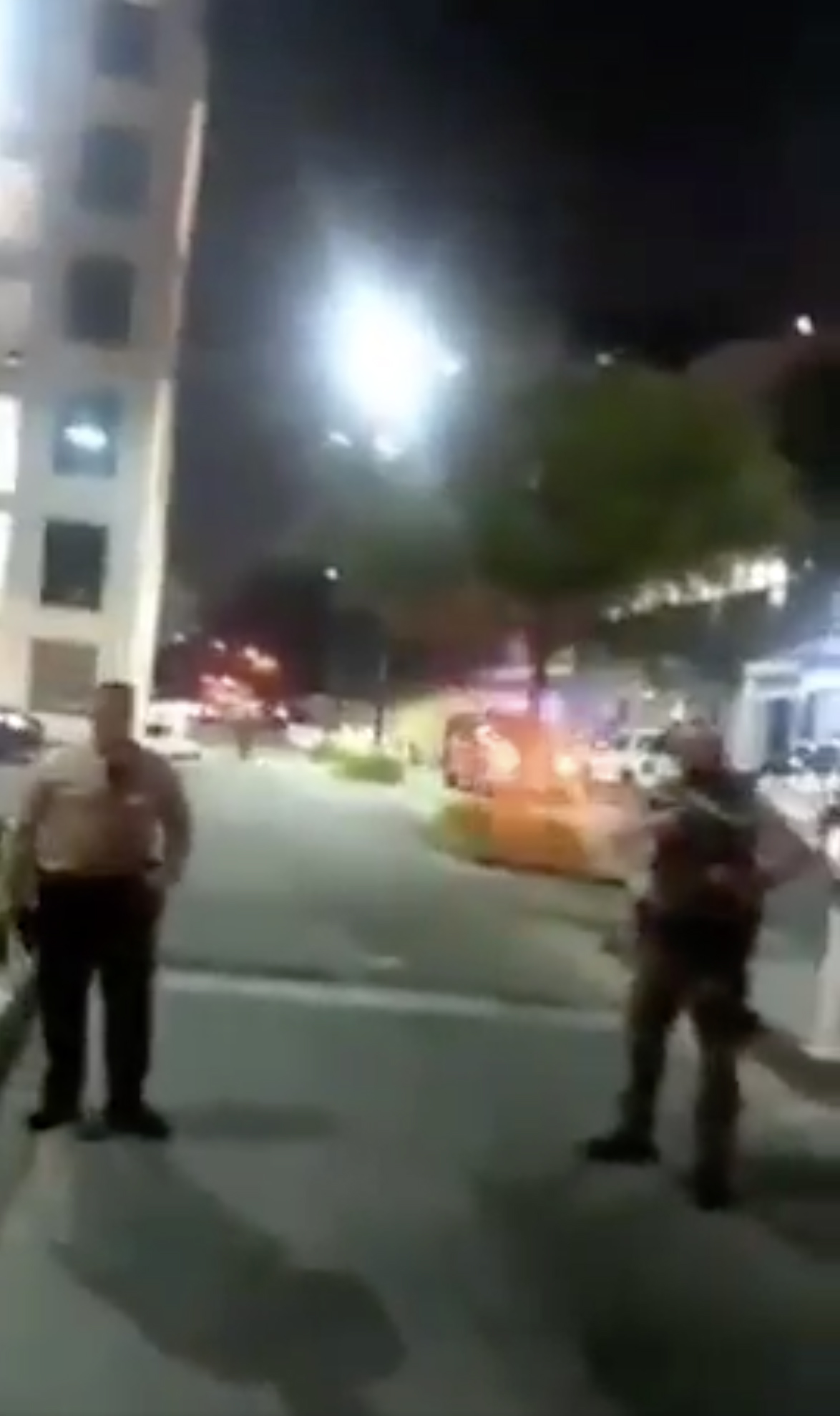 Two deputies in California city were rushed to St. Francis hospital after they were shot at and remain in a critical condition as they both undergo emergency surgery – but the male suspect remains at large.

Bystanders recalled that the alleged Black Lives Matter demonstrators said they hoped the injured police officers "died" and tried to storm the emergency room where they were being treated.

In one video that was shared on Twitter, a person can be heard yelling, “I want to deliver a message to the family of the pigs: I hope they f***ing die.”

One of the officers is a 31-year-old mother of a six-year-old boy and the other is a 24-year-old man, reported KABC.

“Animals that must be hit hard!” Donald Trump wrote in a fiery Twitter statement, adding: “If they die, fast trial death penalty for the killer. Only way to stop this!” 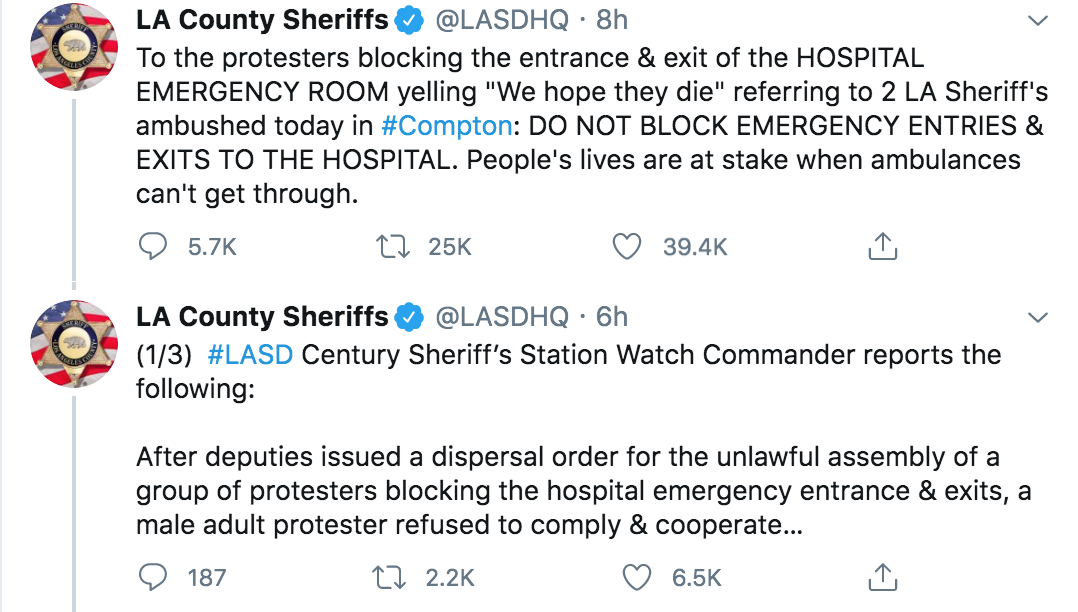 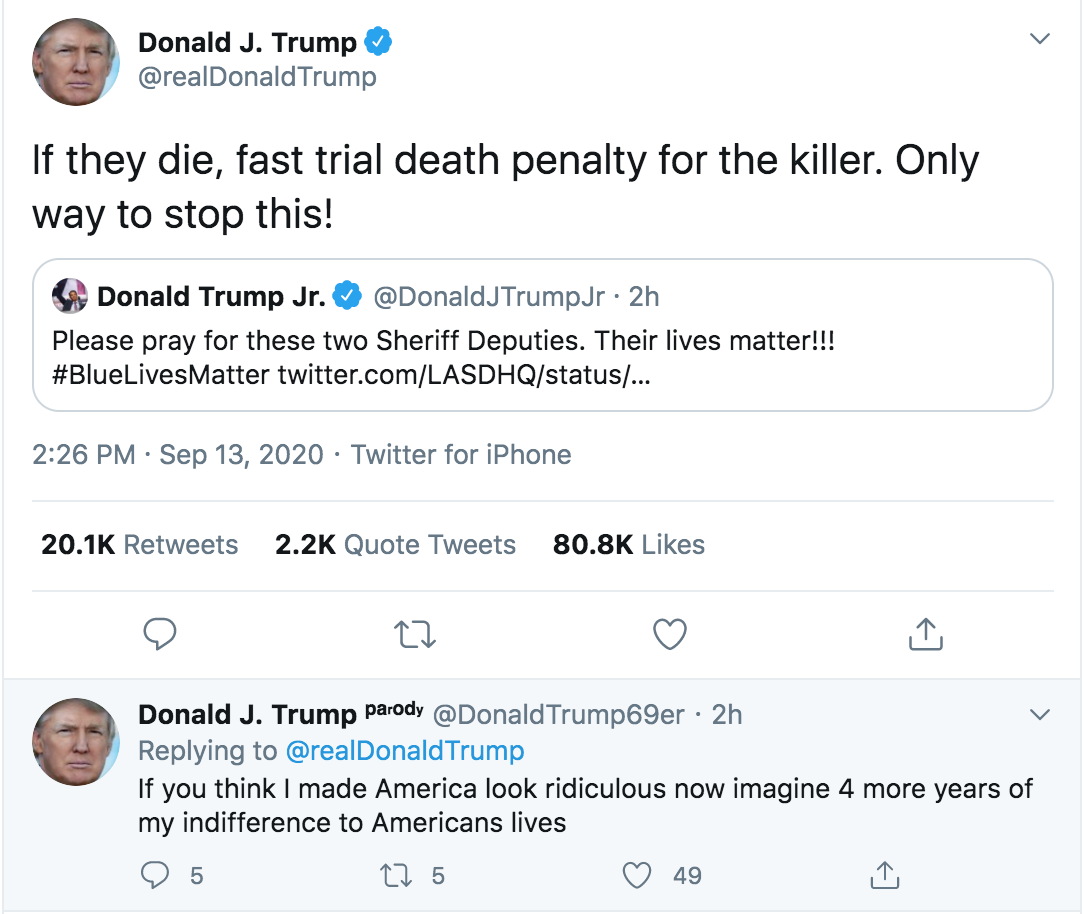 “To the protesters blocking the entrance & exit of the HOSPITAL EMERGENCY ROOM yelling ‘We hope they die’ referring to 2 LA Sheriff’s ambushed today in #Compton: DO NOT BLOCK EMERGENCY ENTRIES & EXITS TO THE HOSPITAL,” the office said in a tweet.

“People’s lives are at stake when ambulances can’t get through.”

Both deputies sustained multiple gunshot wounds, they're in a critical condition, and undergoing emergency surgery after the assassination attempt.

"Moments ago, 2 of our Sheriff Deputies were shot in Compton and were transported to a local hospital," the Sheriff's Office said. 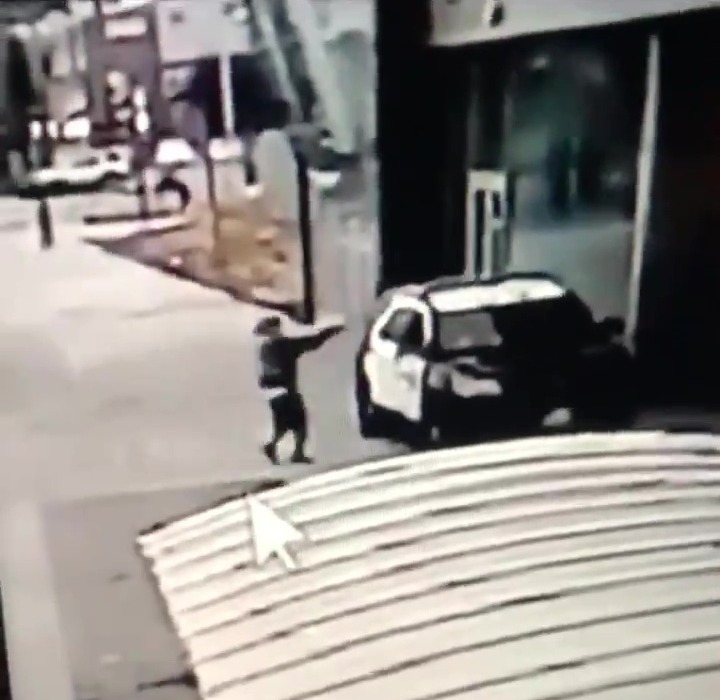 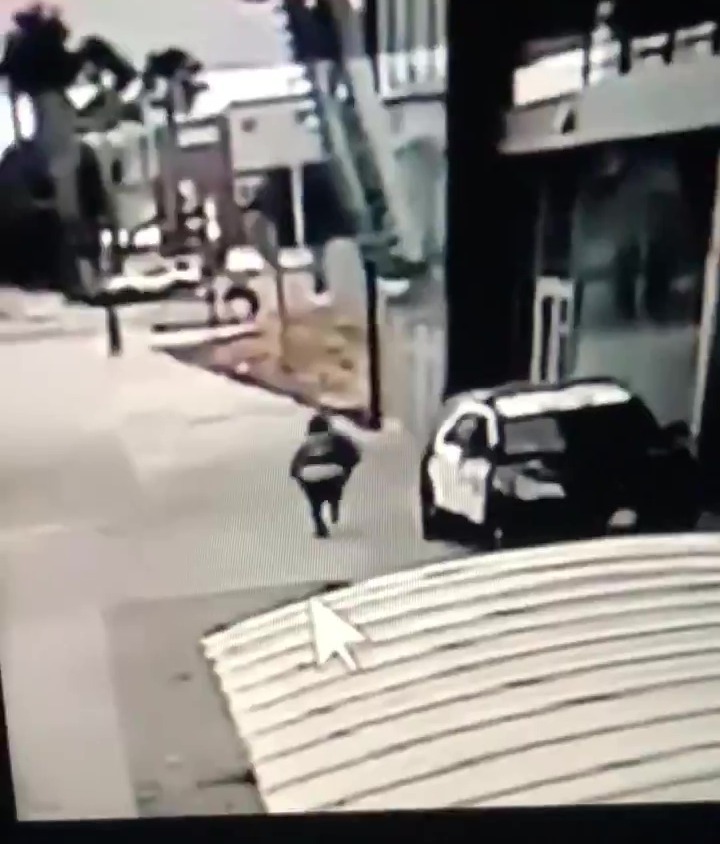 "They are both still fighting for their lives, so please keep them in your thoughts and prayers."

"The gunman walked up on the deputies and opened fire without warning or provocation," the sheriff's office wrote alongside CCTV footage of the shooting.

After the cops were rushed to hospital, one man told KABC he saw and heart protesters shrieking “death to the police, kill the police" and trying to force their way into the hospital.

"They were saying 'death to the police, kill the police' – but these are sheriffs," the witness told Leanne Suter, a journalist with the ABC affiliate. "But the message is still the same.

"And they were using all types of curse words and derogatory terms about the police.

"Just provoking our police officers – just unacceptable behavior because the hospital should be a sanctuary. We should leave hospitals alone."

Cops confirmed a man and a female journalist – police said she did not identify herself with press credentials – were arrested after "deputies issued a dispersal order for the unlawful assembly of a group of protesters blocking the hospital emergency entrance."

The Sun reached out to the BLM press office for comment on Sunday morning. 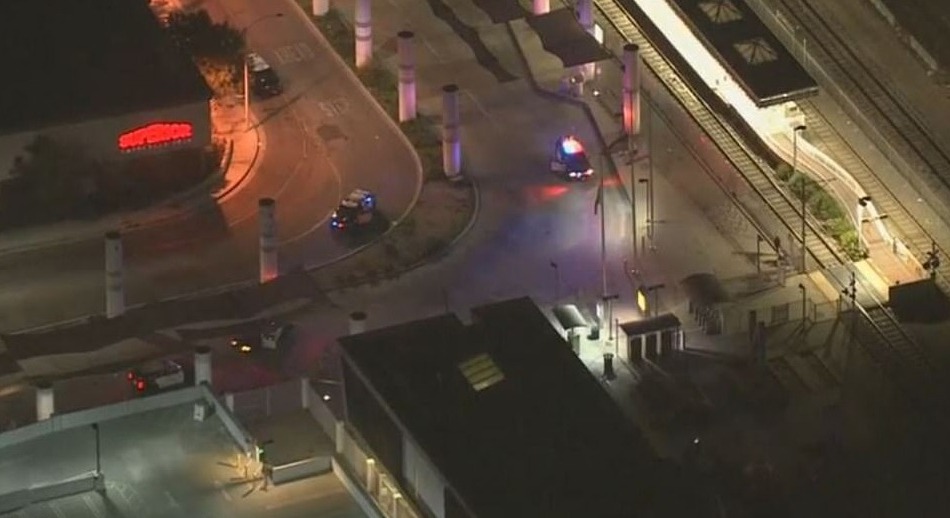 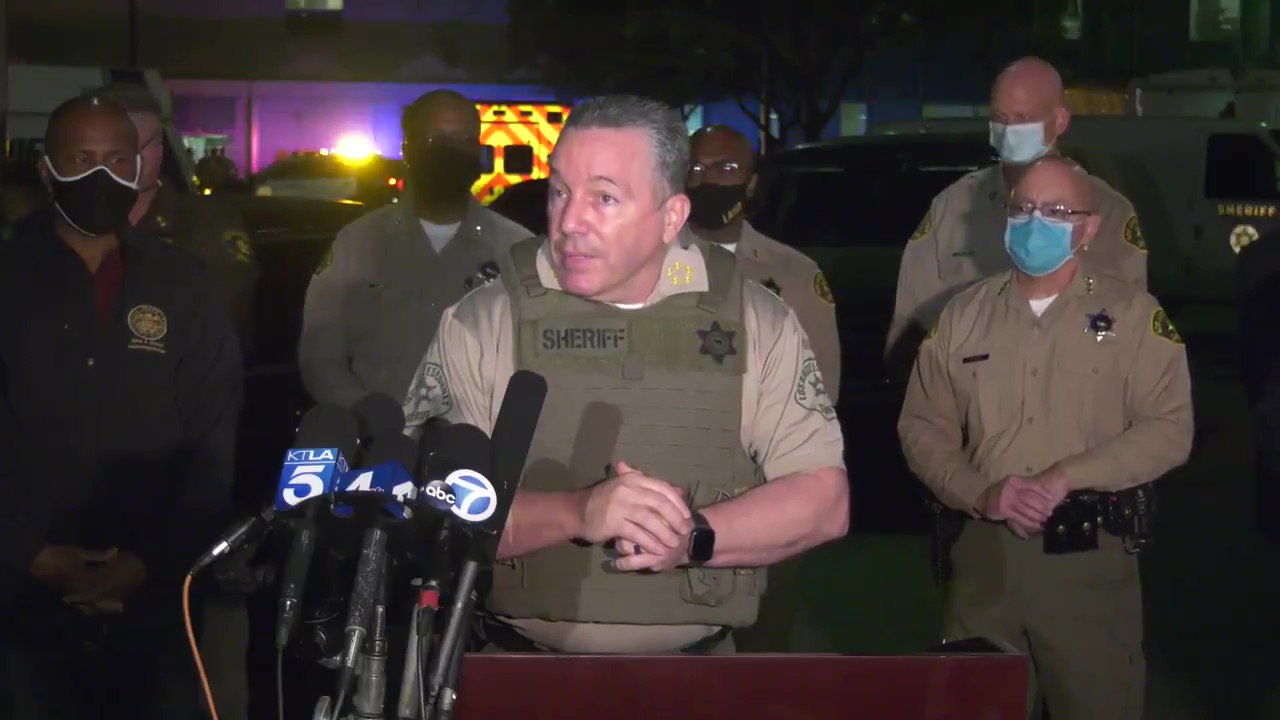 As of Sunday, the two injured officers are said to be fighting for their lives, according to local news outlets.

Shocking video shows a man repeatedly shooting at the male and female officer from the Transit Services Bureau in their patrol car outside the city’s Metro Blue Line station on Saturday night.

Footage showed the unidentified shooter open firing on the passenger side of the patrol vehicle, leaving both the male and female deputy with head wounds.

The suspect got off a bus at the station and then carried out the attack before fleeing on foot.

FBI Los Angeles has offered resources and "stands ready to assist" in response to the attack.

Sheriff Alex Villanueva lambasted the shooting of two deputies as a "cowardly act."

"The two deputies were doing their job, minding their own business, watching out for the safety of the people on the train," he raged.

"To see somebody just walk up and start shooting on them. It pisses me off. It dismays me at the same time. There's no pretty way to say it." 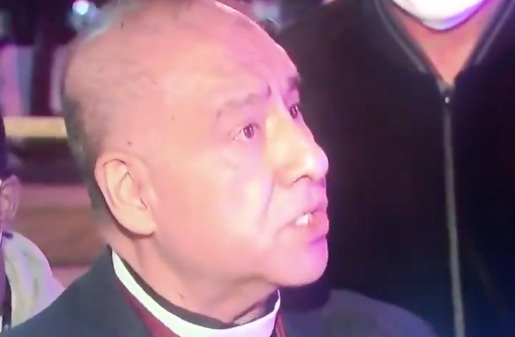