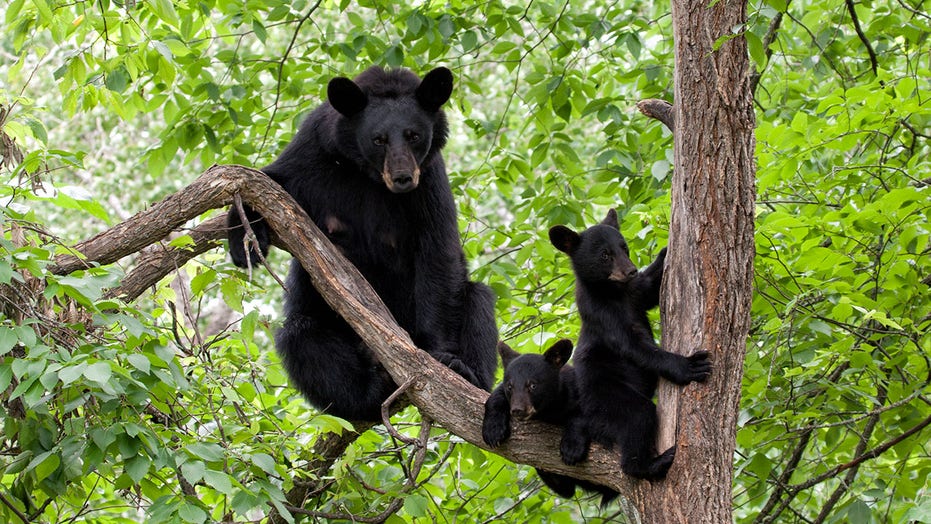 One of three black bear cubs recently orphaned after the death of its famous mother was captured Monday.

New Hampshire state officials have been searching for the cubs since Tuesday when their mother, Mink, was found dead near the Mascoma River.

Mink was thrust into the public spotlight when Gov. Chris Sununu spared her life in 2017. She also gained fame following reports of her thousands-of-miles journey to return to her home territory after being relocated to the Canadian border.

A gross necropsy performed last week at the Kilham Bear Center in Lyme suggested she had died of natural causes. She was between 20 and 30 years old.

Mink's male cub will be transported to a rehabilitation center for the winter to be released in the spring. 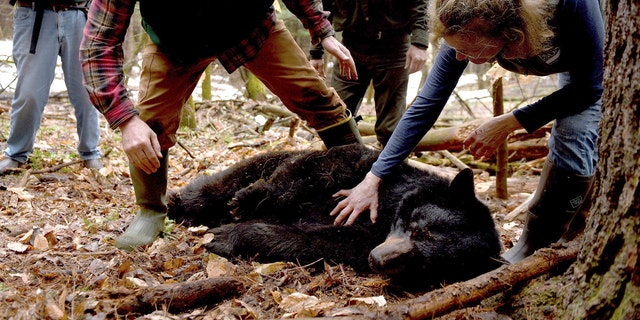 This April 13, 2018, file photo shows Mink the bear after she had been tranquilized in Hanover, N.H. After being fitted with a tracking collar, the bear was relocated to far northern New Hampshire.
(Jennifer Hauck/The Valley News via AP, File)

According to The Associated Press, the 8-month-old bear was captured near Route 10 in West Lebanon.

Authorities are hopeful that the cub's siblings are traveling back to their den near the Mink Brook Nature Preserve, and they were allegedly spotted off Route 120 near the Hanover-Lebanon line over the weekend.

West Lebanon's Valley News reported that the New Hampshire Fish & Game Department has set up two game cameras and some doughnuts to aid in their capture. They believe that the cubs have split up and are traveling separately.

While bear cubs normally stay with their mother until they are about 18 months old, Mink’s cubs would have the inherent knowledge to den up now.

Mink and three of her earlier cubs had been set to be euthanized three years ago after repeated issues with them feeding from trash and bird feeders led to two bears entering a home in Hanover.

Instead, Sununu ordered them to be moved, where one of the cubs was killed by a hunter in Quebec, Canada.

Mink then left town to mate and returned with four cubs in 2018. In June of the same year, she was fitted with a tracking collar and moved north but returned to the Hanover area in 2019.

Several people affiliated with Friends of River Park in West Lebanon have created a “Mink Wuz Here” sticker and poster that they are encouraging Upper Valley residents to put up to honor the bear.

All proceeds from sales will go to the nonprofit Kilham Bear Center in Lyme and the Upper Valley Land Trust and the Hanover Conservancy.