It came as no surprise to hear on Wednesday that Australia had fallen into recession, with GDP down 7 per cent in the June quarter amid the coronavirus pandemic.

Looking forward is hard, especially when the future is clouded by pathogenic uncertainty. Yet that is what is required of our state and national leaders to pull us back from the worst economic contraction since the Great Depression. 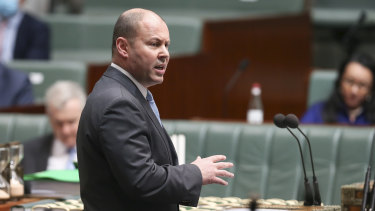 Unemployment peaked at 32 per cent in 1932. Australian families were forced to live in tents, even in caves. Children would turn up to school hungry and unable to learn. Suicide rates soared. It was a national disaster, augmented by division within and between governments about how to manage the crisis and a focus on paying off debt instead of increasing welfare.

We seem to have learnt our lesson. The federal government’s JobKeeper and JobSeeker schemes have limited the damage of the pandemic and should not be watered down. These schemes are good for the economy but, more importantly, they are helping those among us who are suffering the most.

Moral leadership is as important right now as fiscal leadership. We cannot risk a repeat of the social harms suffered by so many Australians in the 1930s. Our government’s role is to care
for our welfare as much as for the economy.

To this aim, the government should reflect on the success of its free childcare policy and subsidise more of the cost of childcare permanently. That policy has brought relief to struggling families who lost their income but also to working families, who have always had to pay far too much for quality childcare in Australia, when such care carries benefit for the whole nation.

This pandemic has inflicted much harm on women and on gender equality. Cheaper childcare would also help right this wrong by making it easier for mothers to work. And it would stimulate the economy by freeing up more income for households to spend elsewhere.

A 12.1 per cent fall in household spending was one of the most significant contributors to the national fall in gross domestic product. So Treasurer Josh Frydenberg is right to consider bringing forward planned income tax cuts and reducing red tape for businesses.

However, lockdowns and restrictions have limited how we can spend our money. Even those Australians who have more freedoms are hesitant to exercise them if it means mingling with crowds. So our governments cannot rely on household spending to get the economy back on track. This crisis requires a much broader response, including more spending on infrastructure, which creates jobs and cash flow.

The Age’s acting editor, Michelle Griffin, writes a weekly newsletter exclusively for subscribers. To have it delivered to your inbox, please sign up here.

And it requires states to be more willing to open their borders. Every day Annastacia Palaszczuk keeps the Queensland border closed, her state’s businesses, and their workers, lose income.

The nation requires big, creative thinking to get us through this crisis. This is the moment for our governments to leave their legacy. Businesses have shown incredible creativity to survive this year. Now it’s up to our leaders to show that same ingenuity and hold us together, economically and socially, until this crisis has passed.