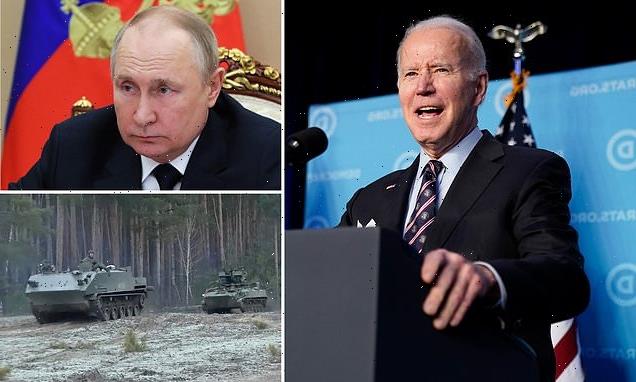 Biden to ban Russia’s vodka and caviar from the US: President will stop imports of alcohol and seafood when he suspends trade relations in latest set of crippling sanctions punishing Putin

President Joe Biden will revoke Russia’s ‘most favored nation’ trade status over its invasion of Ukraine in a joint announcement with the G7 and European Union leaders on Friday.

The revoked status would allow the U.S. and its allies to impose higher tariffs on some Russian imports, increasing the isolation of the Russian economy in retaliation for the invasion.

Those items will include ban Russian alcohol and seafood – impacting the lucrative cavair and vodka trade – the Wall Street Journal reported.

The formal removal will require action by Congress but lawmakers in both parties have signaled they support such a move.

In 2019, Russia was the 26th largest goods trading partner of the United States, with some $28 billion exchanged between the two countries, according to the U.S. Trade Representative’s office.

About 60% of that is Russian oil and gas, which Biden banned earlier this week.

Other top imports from Russia included mineral fuels, precious metal and stone, iron and steel, fertilizers and inorganic chemicals – all of which will face higher tariffs once Congress acts to revoke Russia’s favored nation trade status.

The move is part of Biden’s strategy to exert financial pressure on Russia to get it to withdraw from the Ukraine.

The most favored nation trade status applies to members of the World Trade Organization (WTO) and allows countries with the status to trade freely and fairly with each other.

Each of the G7 nations is expected to implement its own measures on trading with Russia after its status gets revoked, according to a source familiar with the matter. 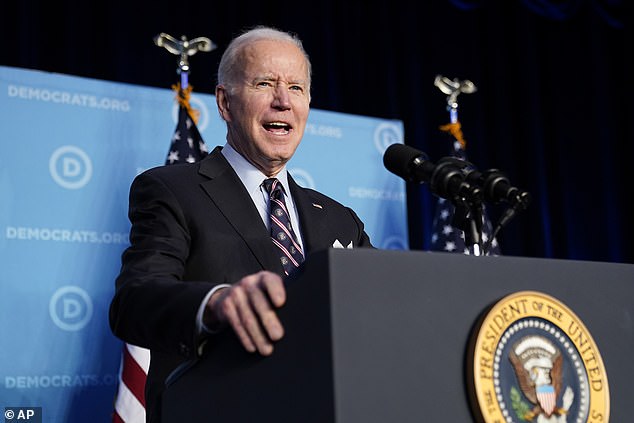 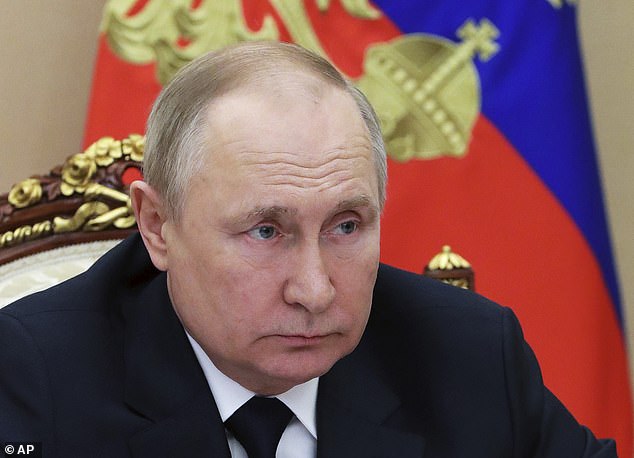 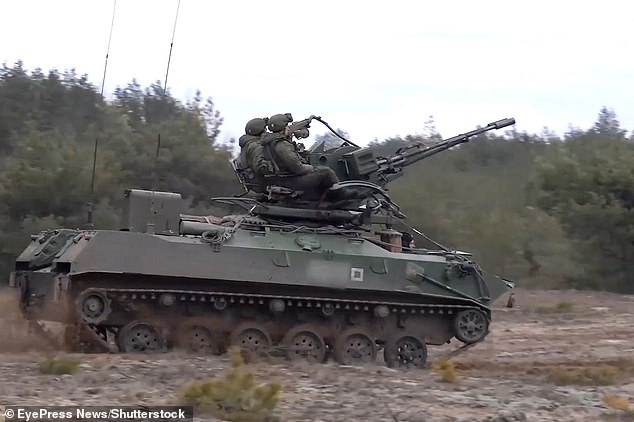 The move comes as a way to punish Russia over its invasion of the Ukraine in late February. Pictured, Russian troops patrolling an area in Ukraine

Both Democrats and Republican lawmakers are calling for a path to American energy independence, though they have different ideas about how to get it done.

To be ‘energy independent’ means to export more oil, gas and coal than is imported each year.

In theory it could also describe a nation that exclusively exists on its own fuel sources — though with a vast number of global transit lines and how natural resources are distributed around the country, the latter definition is near impossible to achieve in the US.

Americans consumed roughly 20 million barrels of liquid fuel per day in 2021, according to the Energy Information Administration.

The United States exported an average 8,632 barrels of crude oil and petroleum per day last year.

And as of February 25, the EIA stated there were 580 million barrels in the strategic reserve.

However even if the US were to produce more oil than it buys — as was the case in 2020 —  it would still be far costlier and more cumbersome for energy companies to sell that oil in parts of the country.

For example, the Wall Street Journal points out that oil companies shipped about 3 million barrels per day out of the US Gulf Coast.

Pipelines from the Gulf Coast lead to the southwestern Permian Basin and the crude oil storage hub in Cushing, Oklahoma that’s home to 14% of total US oil storage.

Thanks to the 1920 Jones Act, US  companies are limited in the size of ships they can use to transport goods between domestic ports.

That effectively makes it costlier for oil to be shipped from there to the East and West Coasts, for example, which have more direct access to overseas markets.

Biden’s administration has punished Putin’s invasion with a series of increasingly harsh economic sanctions that have targeted Putin himself, his inner circle, the oligarchs who made billions off Putin, and several Russian companies.

The Kremlin responded by accusing the U.S. of starting an ‘economic war.’

These sanctions have led to the Russian ruble losing 76% of its value against the U.S. dollar over the past month.

The International Monetary Fund is now predicting that Russia will plunge into a ‘deep recession’ this year.

And, on Tuesday, Biden announced the U.S. would ban imports of Russian oil and gas products.

Biden said the ban would  ‘deal another powerful blow to Putin’s war machine’ after a vast number of sanctions targeting Russia’s financial institutions and top officials were already levied in coordination with other western governments.

Oil imported from Russia amounts to less than 10 percent of the United States’ oil imports, whereas many European countries rely on Russia’s supply.

This week the price of gasoline set new all-time records for three consecutive days, hitting a national average of $4.32 on Thursday, but those increases will only show up when March inflation data is released.

The president admitted that the Russia oil ban would impact American drivers as well, saying: ‘The decision today is not without cost here at home. Putin’s war is already hurting American families at the gas pump.

‘Since Putin began his military buildup on Ukrainian borders, just since then, the price of the gas at the pump in America went up 75 cents.’

‘And with this action it’s going to go up further. I’m going to do everything I can to minimize Putin’s price hike here at home,’ he said, explaining that he made the decision in consultation with European allies – though they may not join the US in the oil ban.

‘We’re moving forward this ban understanding that many of our European allies and partners may not be in a position to join us,’ Biden said. ‘The United States produces far more oil domestically than all of the European countries combined. In fact, we’re a net exporter of energy. So we can take this step when others cannot.’

In fact, data from the Energy Information Administration show the US shifted to being a net importer of petroleum in 2021, and projected the same for 2022 last month. US oil production peaked under the Trump administration in 2019, before falling 8 percent the next year.

The US is now the world’s top oil producer, with much of its imported oil coming from Canada.

The European Union is also aiming to cut its reliance on Russian gas by nearly 80 percent by the end of this year and the United Kingdom is expected to ban Russian oil.

The White House has tried to blame Putin and his invasion of the Ukraine for inflation.

On Thursday, the consumer price index hit another 40-year high of 7.9 percent in February, which Biden called ‘Putin’s price hike.’

And Treasury Secretary Janet Yellen said next month will see another record high inflation number, saying the economic sanctions being place on Putin, his inner circle and Russian companies would have an effect back home.

‘My guess is that next month, we’ll see further evidence of an impact on us. Inflation of Putin’s war on Ukraine,’ she told CNBC on Thursday.

‘We’ve designed these sanctions to have the maximum impact on Russia, while mitigating fallout for everyone else, including the United States. But it’s not realistic to think that we can take actions of this magnitude without feeling some consequences ourselves,’ Yellen said.