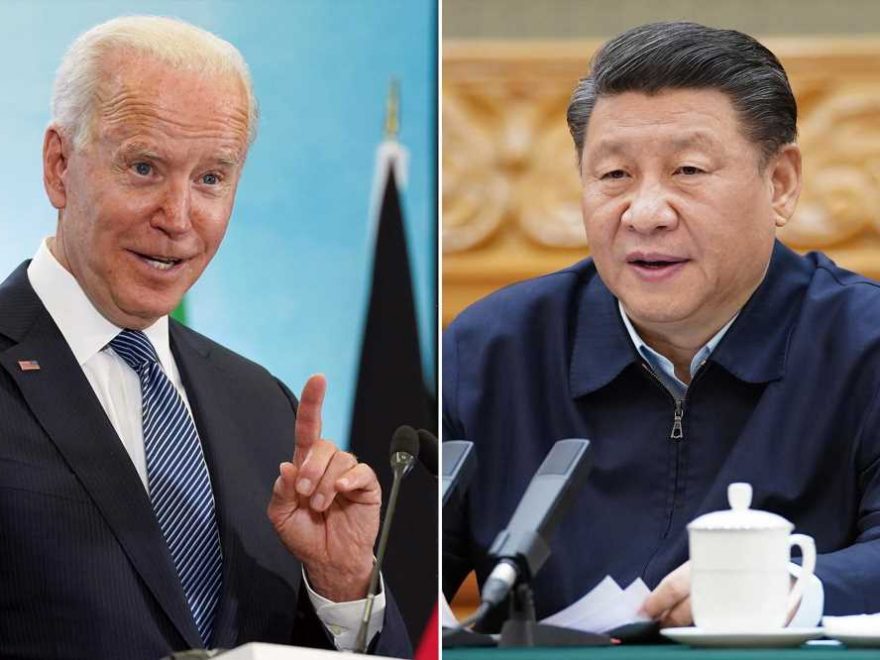 Giuliani rips Biden for ‘caving into Iran’ over nuclear deal

President Biden said Sunday that the G-7 has taken “plenty of action” against China’s human rights abuses against 1 million Uighurs in the country.

“The final language in the G-7 communique does have some mention of China … but I know it’s not as tough as you and your team wanted it to be. … Why isn’t it as tough? There isn’t very much action in it,” Jacobs asked.

“As you know, the last time the G-7 met, there was no mention of China. But this time, there is mention of China,” Biden answered in a post-summit solo press conference.

“The G-7 explicitly agreed to call out human rights abuses in Xinjiang and Hong Kong. I know this is going to sound somewhat prosaic, but I think we’re in a contest, not with China per se, but a contest with autocrats, autocratic governments around the world, as to whether or not democracies can compete with them in the rapidly changing 21st century.

“I think there’s plenty of action on China,” he insisted.

Biden earlier attended Mass and in the late afternoon headed to Windsor Castle for tea with Queen Elizabeth.

The Chinese government has been accused of enslaving and abusing about 1 million Uighurs, which the government has denied. The Biden administration has attempted to center the seven-country summit around infrastructure and China’s abuses of the ethnic minority and others.

“President Biden and leaders agreed to a set of concrete actions around key priorities responding to forced labor in global supply chains, the ransomware threat, and fighting corruption,” the White House stated Sunday of the summit.