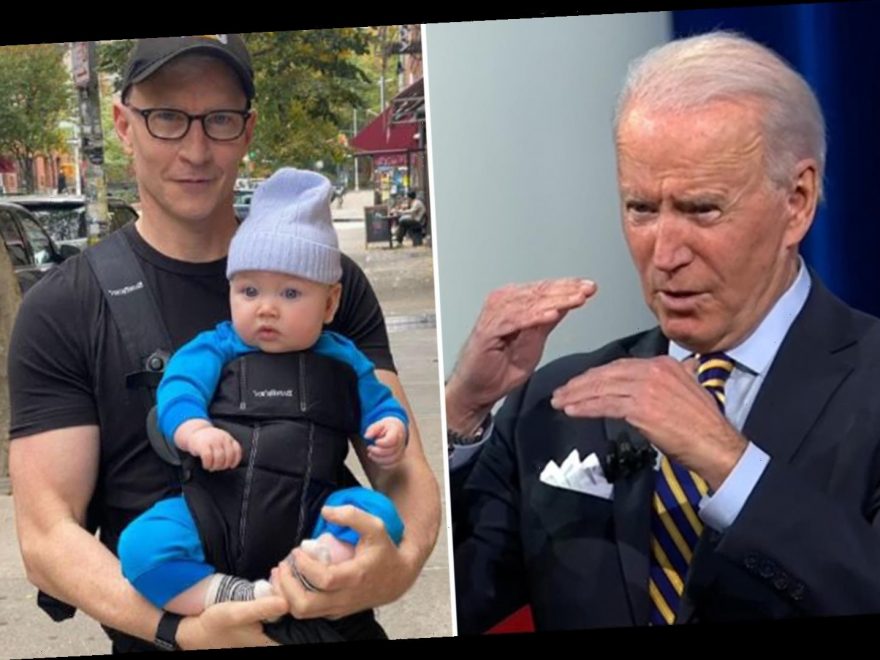 JOE Biden has been mocked for bizarrely saying "he prefers children to people" during a live TV appearance last night.

The president told Anderson Cooper Tuesday during a Town Hall special that "everybody knows I like kids better than people" as he spoke to the news anchor about his newborn baby. 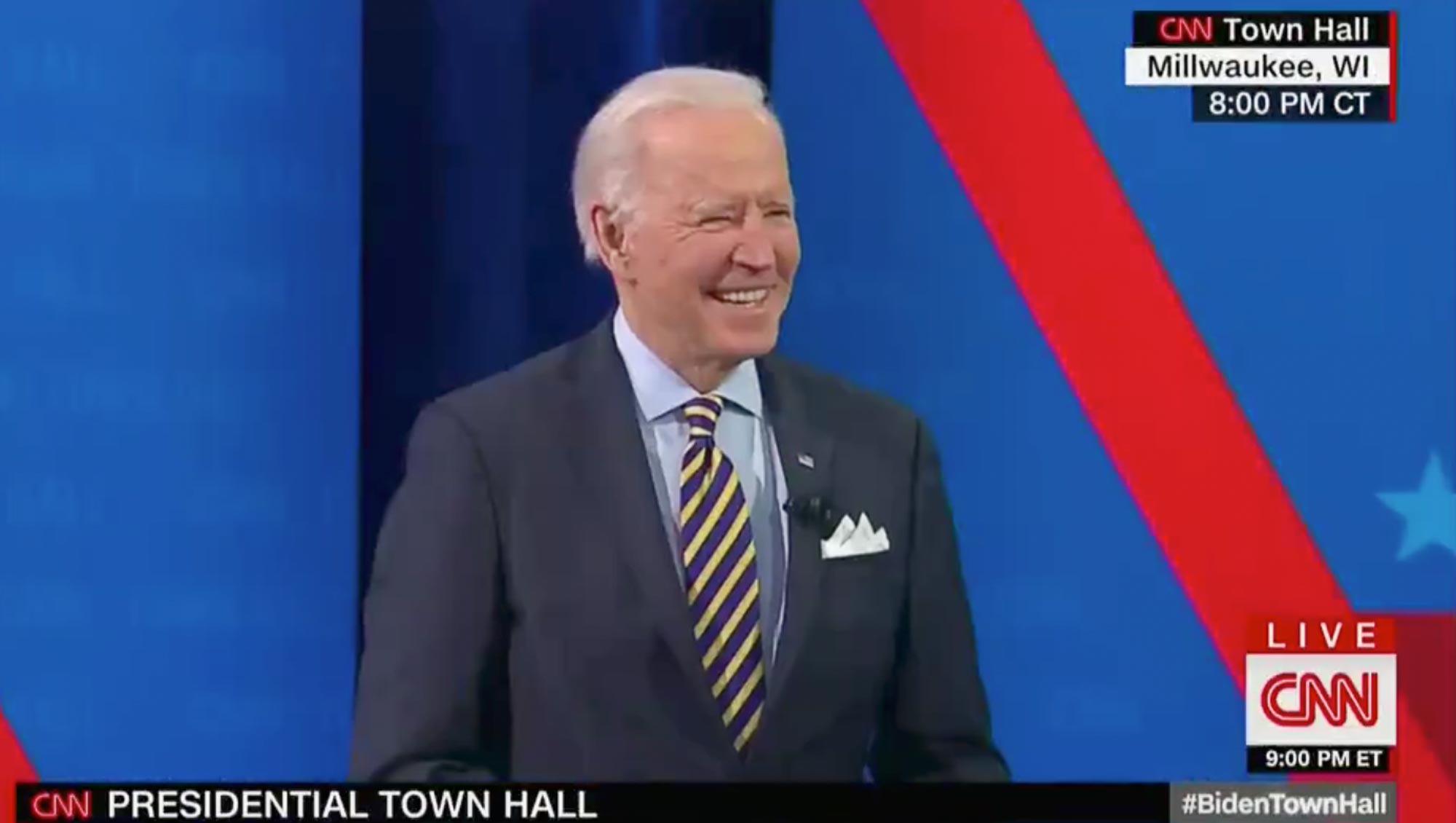 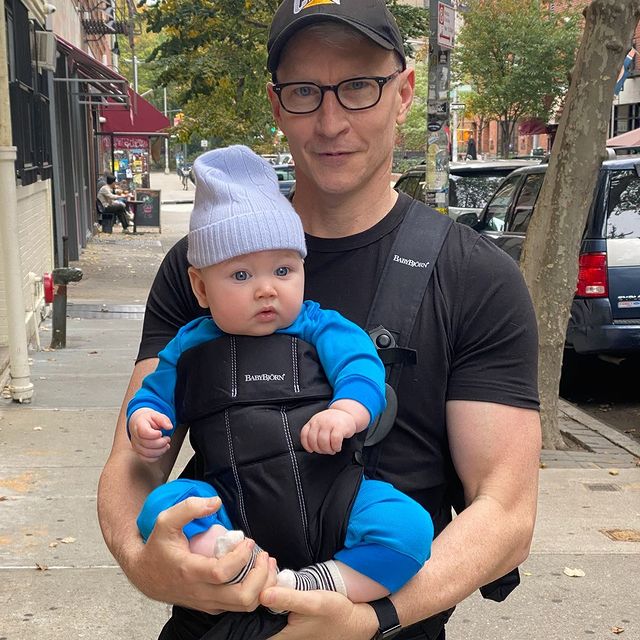 Mr Biden made the comments as he walked on stage at the CNN event where he spoke about a number of issues, including his $1.9trillion Covid-19 relief bill.

As he appeared on stage in Milwaukee, Wisconsin, he told Cooper: "Good to see you, man. Hey, folks. How are you? Good to be back, man."

The CNN anchor replied: "Yeah, it’s nice to see you, sir", to which the president said: "And you know you enjoy being home with the baby more. I don’t want to hear this."

Mr Cooper responded to the comment about his family life, saying: "I do. Yes. He’s nine and a half months, so I’m very happy.

But Mr Biden left people confused when he said: "I get it. No, no, everybody knows I like kids better than people." 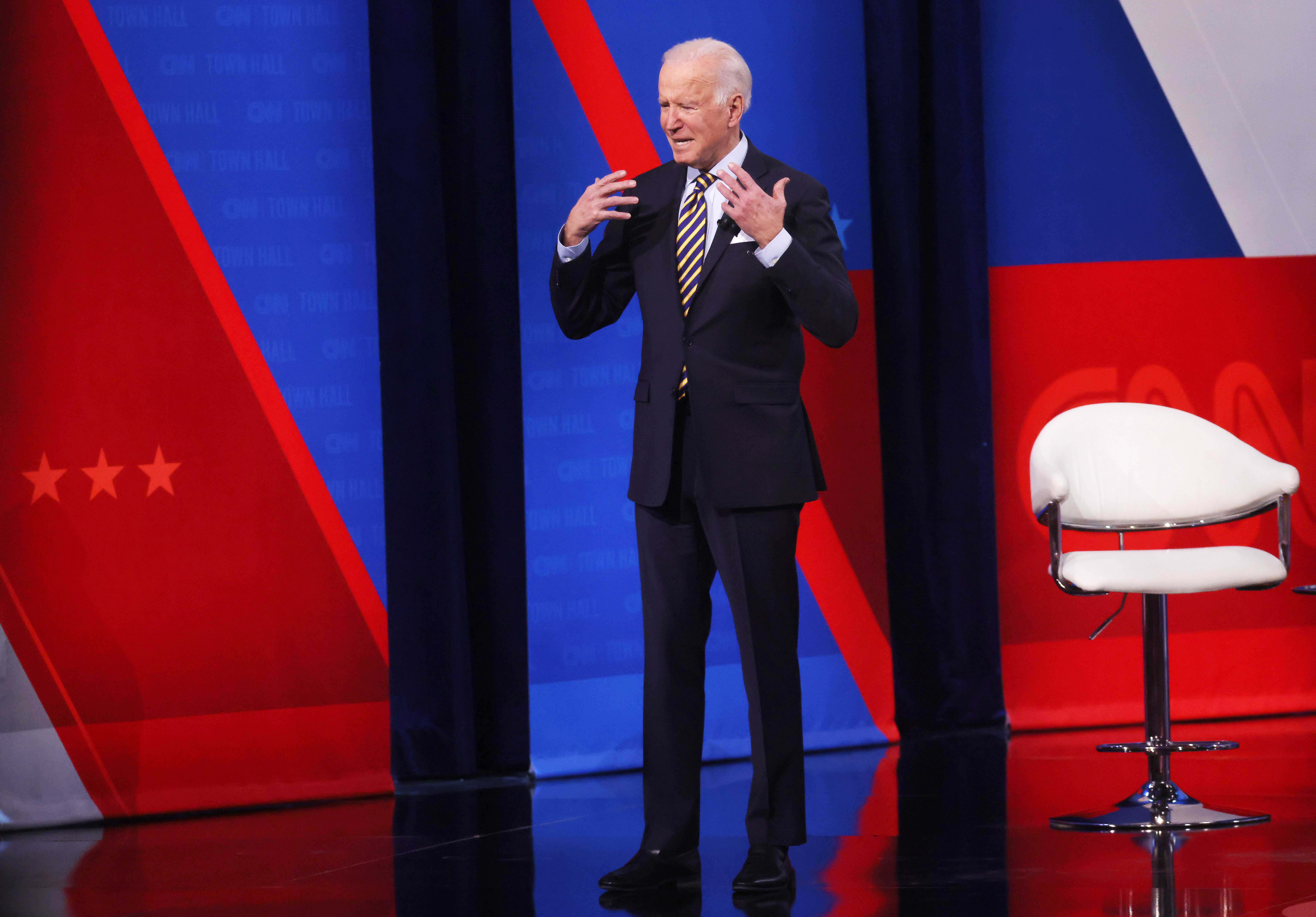 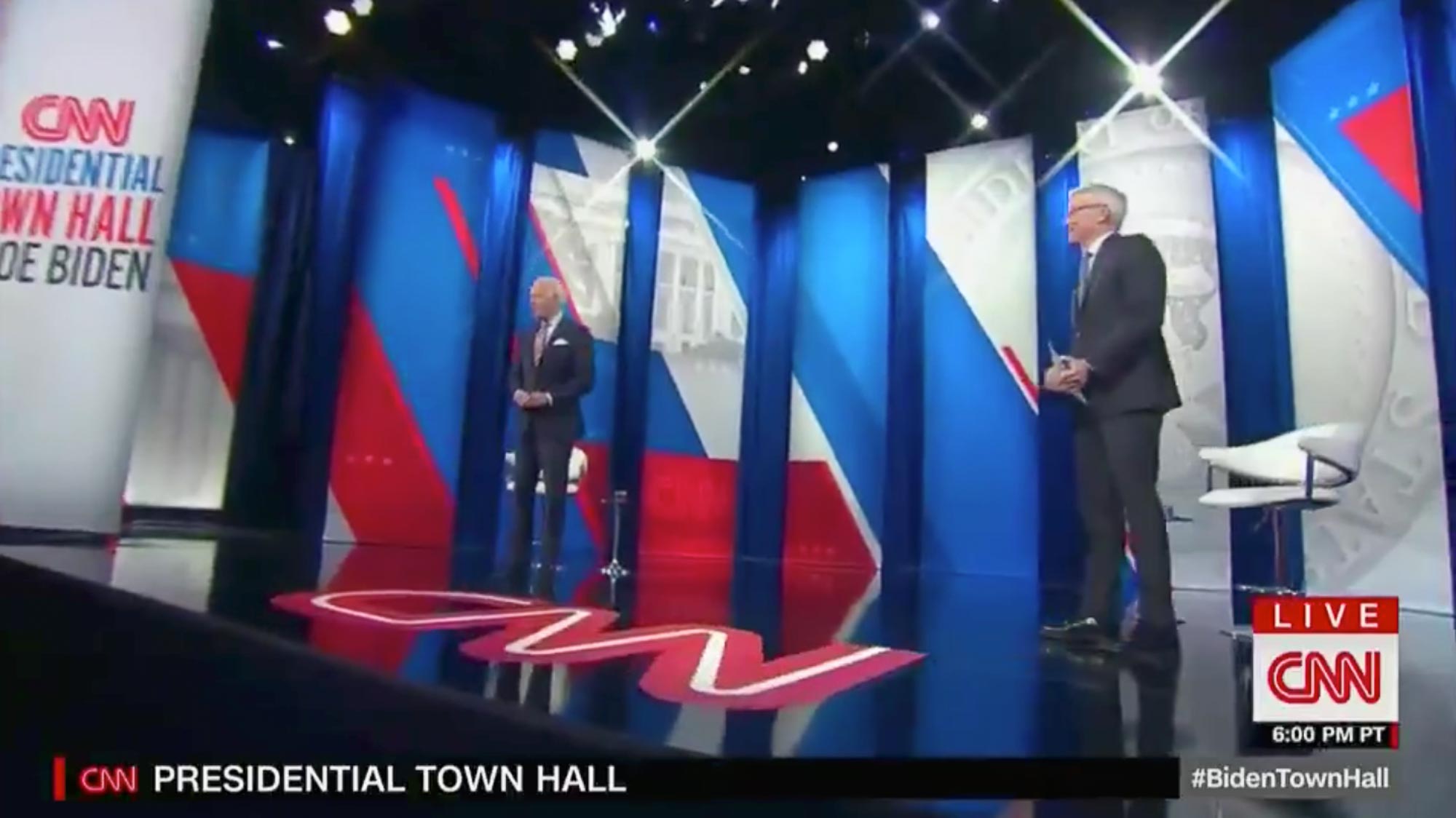 Another user tweeted: "Almost as good as when he said “poor kids are just as smart as white kids”.

Meanwhile, some jumped to Biden's defence.

One supporter said: "Ahhh an out of context quote that conspiracy theorists are gonna milk the s*** out of."

Meanwhile, another wrote: "Biden is really good with kids. Some of his best moments actually  are his interactions with kids."

During the special event, the president said he won't reduce stimulus payments included in his $1.9trillion Covid relief package.

“There is consensus among economists, left, right and center, that overwhelming consensus is in order to grow the economy, we cant spent too much,” Biden said. 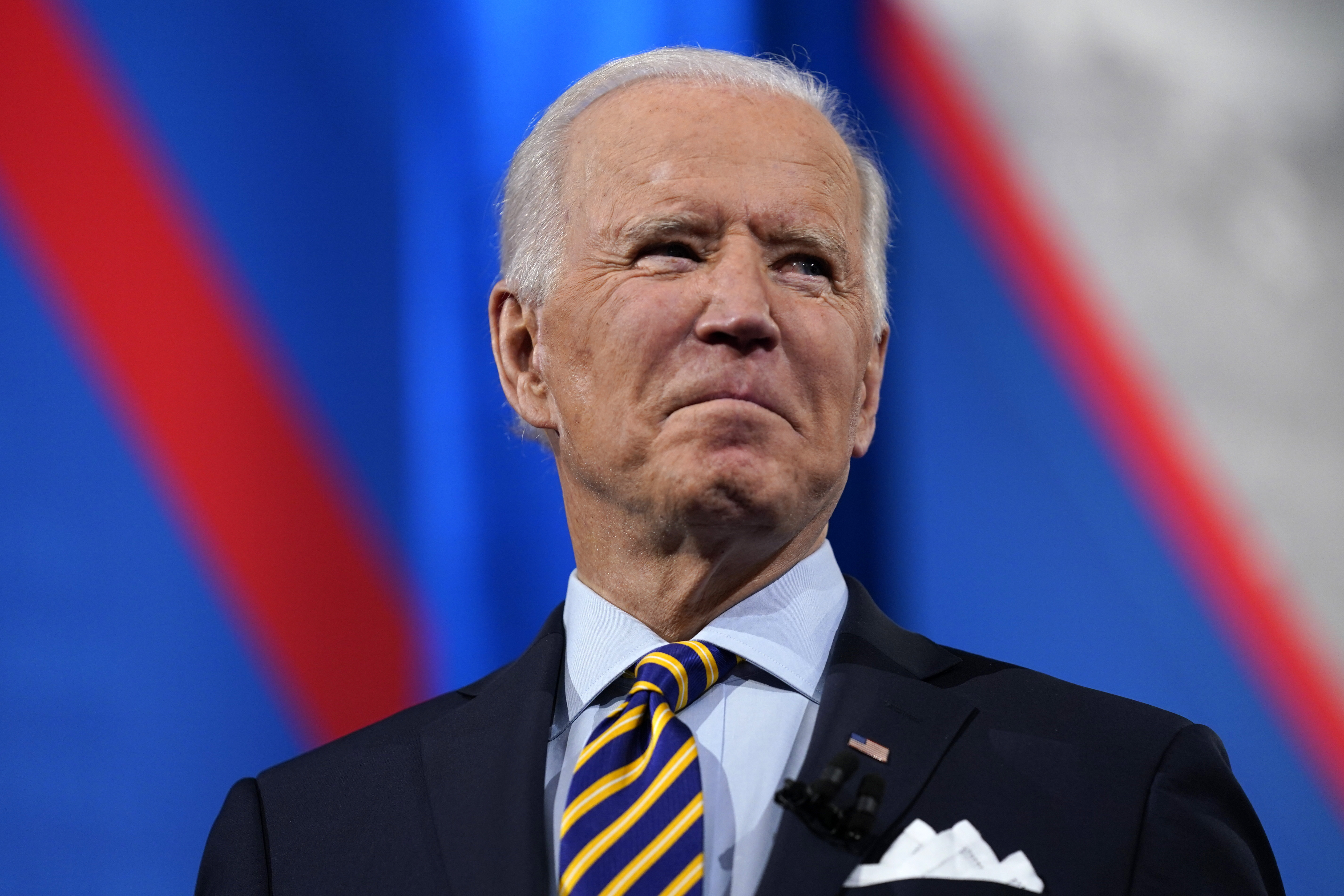 He also vowed on Tuesday night that there would be coronavirus vaccines for all Americans by July and that most schools would open full-time by May.

Other topics included a pledge to wipe thousands from student loan debts.

During the Town Hall Biden rejected a Democrat call to wipe $50,000 of student debt per person – an idea presented by Senators Elizabeth Warren and Chuck Schumer – saying: "I will not make that happen."

Instead, the president said he would accept up to $10,000 forgiveness off am individual's debt – but that would be "dependant on whether or not you go to a private university or a public university".

He also said he plans a push to boost the minimum wage to $15 per hour.

During the session, the president acknowledged that small business owners had legitimate concerns over the proposal to raise the minimum wage.

But he said the raise could be phased in slowly as to not have a major impact on their bottom line.

Later during the interview, Mr Biden also said that every living past president has called him – except for Donald Trump.